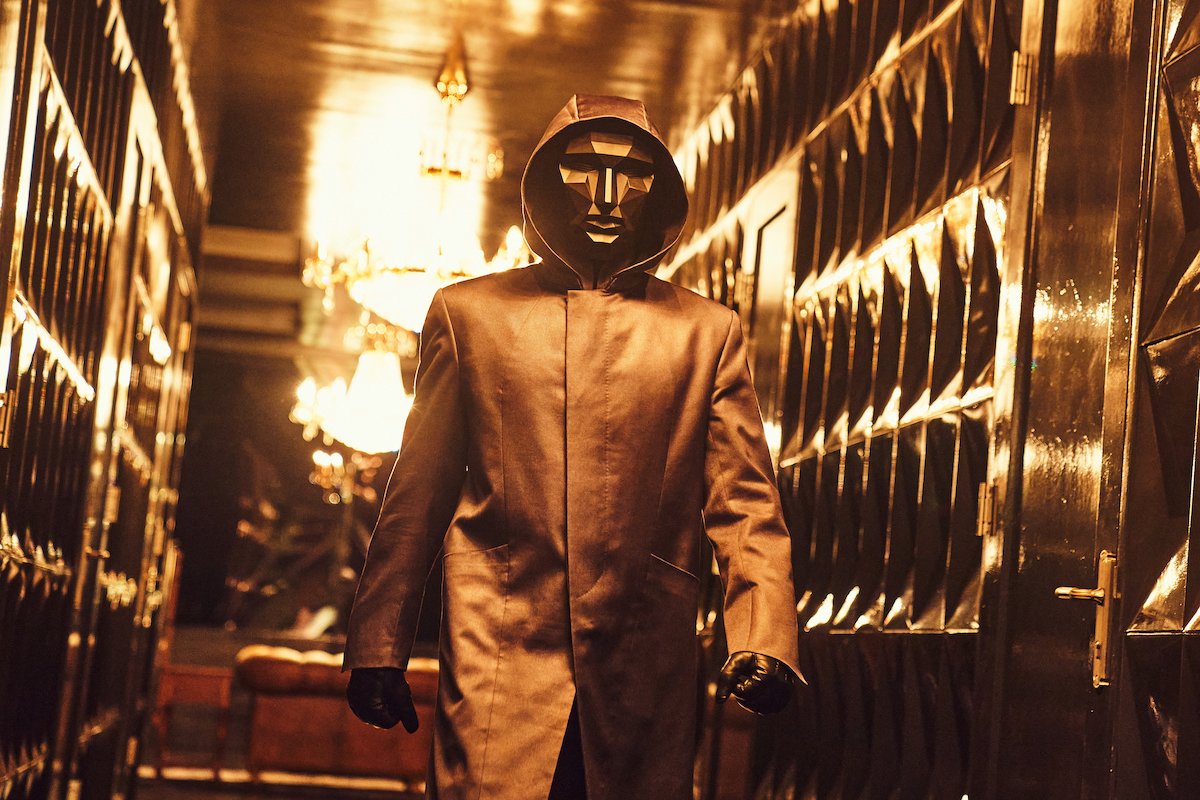 Netflix’s Squid Game has taken the world by storm, as it quickly rose to the top of the streaming platform in a matter of days from its release. The show follows 456 South Korean residents who are deeply in debt and in need of a large sum of cash fast — thus, they enter a series of six deadly children’s games for the chance at winning a lot of money. Now, fans have put forth a number of Squid Game theories and observations. But director Hwang Dong-hyuk shut down one thought regarding the VIPs.

Fans have created a number of Squid Game theories to go with the fantastic twists and turns of the show. At the end of the series, viewers learn player 001, Oh Il-nam, was the one running the games all along — and there were plenty of clues along the way to establish this. Some fans even think player 456, Seong Gi-hun, is the son of Il-nam, as Il-nam compares Gi-hun to his son multiple times throughout the show.

As for the workers inside the games, fans introduced a number of theories here as well. Yahoo reminds us Gi-hun, along with the rest of the players competing, are met by a businessman prior to entering the game. The businessman suggests they play Ddakji for a sum of cash. He then has the player pick a color to start — blue or red. Gi-hun picks blue. But the fan theory suggests if he chose red, he’d be given the option to work the games.

Director Hwang Dong-hyuk shut down a theory about the VIPs

Director Hwang Dong-hyuk hasn’t spoken about many of the Squid Game theories and controversies thus far. But some fans seemed to point out one aspect of the VIPs that he wants to clear up.

According to Sportskeeda, fans of the show have pointed out a few potentially misogynistic aspects of the characters. And when it comes to the VIPs, some viewers pointed out that the painted living statues in the room were all women. This adds to the theory that there’s a misogynistic echo throughout the entirety of the show.

Hwang countered this argument, though. He told Hankook Ilbo not all of the statues were women, Sportskeeda confirms. In fact, many were men.

“Every VIP would have had a female and a male next to them like a figure,” Hwang said. “It’s not accurate to say that it is an objectification of women. I used body painting to show how the VIPs objectify humans.” Additionally, in regards to the painted people, he said he “thought it was a show of power and just how far they would belittle other humans. Not all the painted figures were female.”

With all of these Squid Game theories regarding what happens at the end of the first season, can fans anticipate a Squid Game Season 2? So far, Hwang Dong-hyuk says he doesn’t have any solid plans for another season.

“I don’t have well-developed plans for Squid Game 2,” Hwang told Variety. “It is quite tiring just thinking about it. But if I were to do it, I would certainly not do it alone. I’d consider using a writers’ room and would want multiple experienced directors.”

On the other hand, Gi-hun actor Lee Jung-jae said he’d be willing to partake in another season. With that news, fans are eager for more.

Tesla's German factory gets off to an explosive start

The empty nester’s guide to surviving the holidays