Star Trek Discovery pulled off the biggest time jump in TV history. From one episode to the next, the show jumped almost a millennia into the future. Everything changed for Star Trek fans at the end of season two when the Discovery jumped through a wormhole. Michael Burnham (played by Sonequa Martin-Green) was the first one to arrive and, left without the crew for a year, she had to find out for herself just how much the world had changed.

At the same time, viewers were eager to find out what this 930-year time-meant for the lore of a world that had been carefully built over 55 years.

Fortunately, Michael quickly met Book (David Ajala), who acted as hers and the audience’s introduction to the 32nd century.

And many of the things viewers saw didn’t seem to make sense inside the Star Trek canon they had known so far.

Series writer and executive producer Michelle Paradise spoke about just how they decided to change things up. 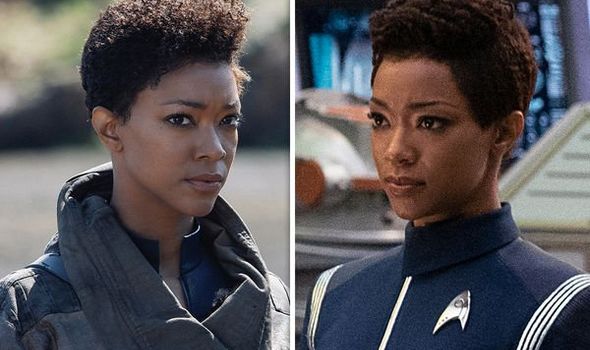 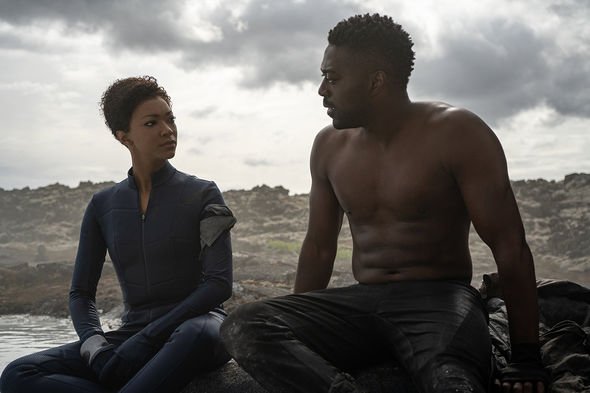 “As you see as we go through season three, canon is incredibly important to Discovery even in the future,” she said.

However, being respectful about the show’s history didn’t mean they weren’t going to have fun building an entirely new world.

Paradise added: “One of the cool things of being 930 years ahead is that we can mix up some of those things.” 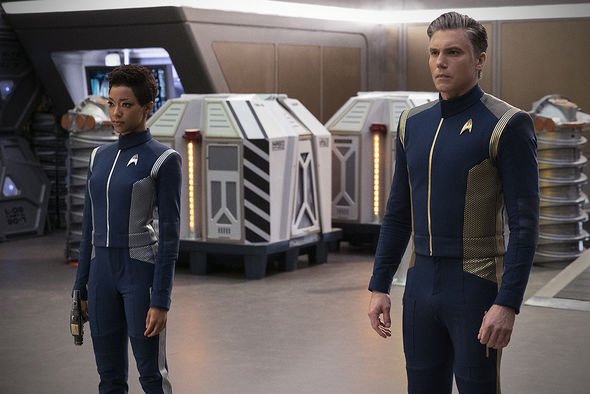 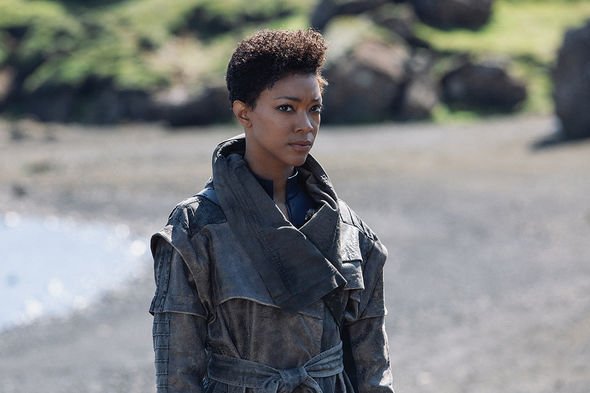 One way Paradise and her co-showrunner Alex Kurtzman decided to portray this change was by challenging fans’ expectations.

In particular, they wanted the most dedicated fans to notice “different species in different kinds of alliances than we have seen in the past, Andorians and Orions straight away in the first episode.”

“That’s not what we expect having seen other versions of Star Trek,” she added, speaking to Gold Derby earlier this year.

“So it was really exciting for us on a number of levels to be able to do that.”

Another way the show definitely managed to deny fans expectations throughout the show is by having its protagonist distance themselves from the Starfleet.

Since its very beginning, Star Trek has always been about the crew of a Starfleet spaceship as they explore space and go on diplomatic missions.

However, when Michael arrives in the future, she is the first one of her crew.

Throughout the year she spent alone, she has time to figure out who she wanted to be outside of the rigid structures of the institution.

In this quest, Book really helped her find herself by bringing her out of her shell.

Initially, he was presented as her opposite: he was born an outcast while she had always been part of an organisation.

Of course, the two quickly developed a romance, which also felt quite refreshing as part of a Star Trek show.

Fans are now hoping to see what new directions the writers will take the show in season four.

Star Trek: Discovery is available to stream on Paramount+ and Netflix.

24 Hobbies That Turned Into A Million-Dollar Business