Warning: This article contains spoilers for the first season of Star Trek: Discovery

Star Trek: Discovery is definitely coming back for season two, which is exciting news – season one went from strength to strength, with twists and mini-reboots keeping the series fresh.

Season one came to a close after a second half filled with twists, big deaths and adventures in the Mirror Universe, with the show delivering a thrilling final reveal before the credits rolled.

But what else awaits us in the second season? Here’s everything we know so far.

Star Trek Discovery season 2 release date: When do we next get more Trek? 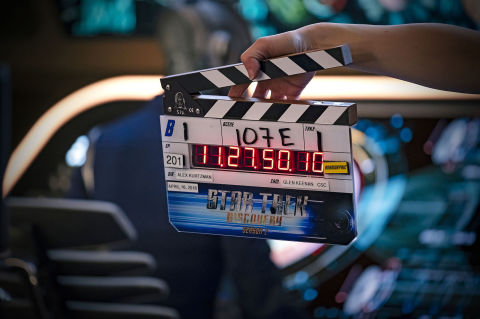 Co-creator Alex Kurtzman has explained that season two won’t land until 2019 at the earliest. “Breaking story is, in some ways, the easier and faster thing; it’s the ability to execute on it that’s much harder. We want to take the right amount of time and don’t want to rush,” he outlined.

Where’s a warp drive (or even a spore drive) when you need one?

Production officially got underway in late April 2018, with Kurtzman in the director’s chair on the season premiere. The second season is expected to run for 13 episodes, though that could always be extended – the first season had its initial order increased by two, taking it to 15 episodes.

Despite being partly inspired by Game of Thrones, Discovery didn’t end up killing off that many major characters in the second half of the first season.

One big exit though was Jason Isaacs as Captain Gabriel Lorca after it was revealed that he was actually from the Mirror Universe and after he attempted a coup, he was stabbed and thrown into a ship’s reactor by the Mirror Universe’s Emperor, Philippa Georgiou (Michelle Yeoh). 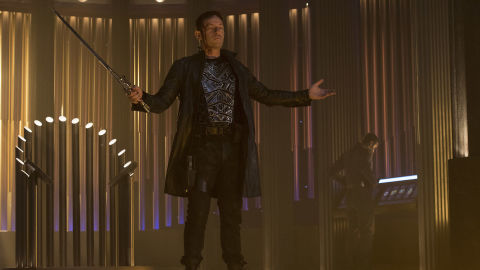 Isaacs is up for a return though and Kurtzman confirmed to EW following the finale that Lorca could return (somehow) to the show, so we might be seeing him again. (Maybe we’ll meet the Lorca from the Prime Universe?)

Same goes for Yeoh, since Georgiou was allowed to roam free after Michael Burnham (Sonequa Martin-Green) brought her over from the Mirror Universe – and we might not have seen the last of Wilson Cruz’s Hugh Culber either, despite his controversial death.

All we can say for sure about season two is that we’ll see all of the USS Discovery’s crew return so alongside Martin-Green, that includes Doug Jones (Saru), Anthony Rapp (Paul Stamets) and Mary Wiseman (Sylvia Tilly).

And while the show didn’t kill off Shazad Latif’s Ash Tyler after the expected reveal that he was the Klingon Voq, he is no longer on board the USS Discovery as he chose to join L’Rell (Mary Chieffo) as she united the Klingons.

Kurtzman has confirmed that they have “great plans for his character in season two”, so Latif will be back, even though the Federation-Klingon War has ended. 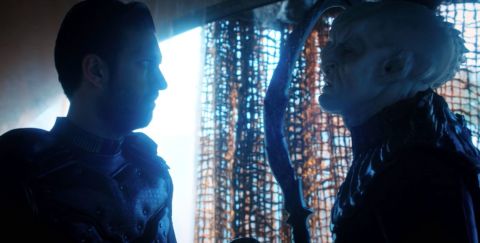 As for new additions, stand-up comic and actress Tig Notaro is confirmed to be guesting as Chief Engineer Denise Reno of the USS Hiawatha (a ship that has so far only been seen in the video game Starfleet Command).

Star Trek Discovery season 2 timeline: Where does the show fit?

One element that’s confused fans throughout season one is the timeline.

We’ve seen major differences between what’s happening in Discovery and how it’ll eventually line up with the original series (which starts 10 years after the events in Discovery) – but we shouldn’t worry too much as Kurtzman clearly has a plan.

“We are wildly aware of everything that appears to be a deviation from canon. We will close out each of those issues when we close out our ten-year period and hit TOS,” he said.

Part of that plan was the big reveal at the end of the first season that saw the USS Discovery answer a distress call from none other than the USS Enterprise and Captain Pike. 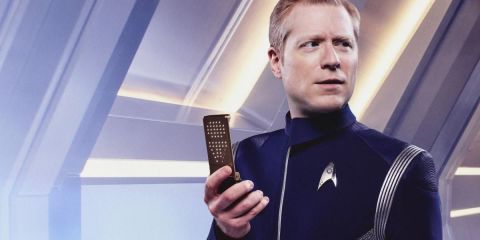 “So the promise of the Enterprise holds the answers to a lot of those questions, including Spock’s relationship with his half-sister who he’s never mentioned. Which does not necessarily mean you’re going to see Spock, just that we owe an answer to that question.”

Trek veteran Jonathan Frakes – known for playing Riker on TNG and for directing multiple episodes and movie spin-offs- has since let slip that a young Spock will indeed feature in season two, appearing opposite a young Burnham in flashbacks.

As for Pike, will he be a ‘fully fledged character’ next season? According to co-showrunner Aaron Harberts, If there ever were to be a captain from canon that one could explore… Christopher Pike would certainly be that one.”

Inhumans star Anson Mount was confirmed to be playing Discovery‘s version of Pike in April 2018 (replacing Jeffrey Hunter, who of course played the part in Star Trek‘s original unaired pilot).

As for who else other than Pike is aboard Enterprise, Kurtzman has teased that there’ll be “some surprises there” for fans – but again, don’t expect Discovery to defy established canon.

In May 2018, executive producer Gretchen J Berg reiterated that “a lot of consideration has been put into” making sure the show will fit into the timeline, with “no loose ends”.

Star Trek: Discovery season 2 plot: What can we expect? 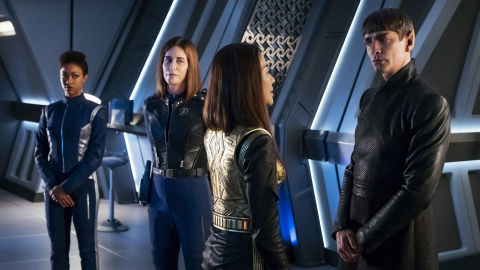 The Enterprise will play a significant role in season two though, but Kurtzman has promised that it will not “overshadow” the USS Discovery.

Away from the Enterprise, Harberts has promised that season two will feel more like traditional Trek: “We have time to do things like more away missions, newer planets. These are stories that might fall a little bit more into a framework of allegory that people love to get from Trek.”

Section 31 – a clandestine organisation which claims to protect the security interests of the United Federation of Planets – is expected to play a major role in Discovery‘s second season.

First introduced in Star Trek: Deep Space Nine, Section 31 features in a deleted scene cut from Discovery‘s first scene finale, as Mirror Georgiou is approached by the mysterious Leland (Alan Van Sprang), who is looking to recruit her.

“It was the cliffhanger from season 1, and they pulled it and made it the season 2 teaser trailer,” Van Sprang later revealed, adding that Section 31 and his character, the organisation’s chief, will be “a massive part” of the new episodes.

But there are currently no plans to revisit the Mirror Universe, with Gretchen J Berg explaining, “The Mirror Universe was perfect for season one, because one of the themes of the season was literally self-discovery for Michael Burnham, figuring out who she was.

“In order to return to Mirror, we would have to have a really good reason to go, better than the reason that we went this year.”

In terms of structure, we can expect the new run of episodes to continue with the first season’s structure of having standalone stories that fit within a larger plot. “It will be serialised, yes, always, but we do love the idea of getting to do individual episodes in the context of a serialised storyline, and you can look forward to more of that,” Harberts told EW.

Star Trek: Discovery season 2 trailer: When will it land?

Usually we’d say you could expect a trailer during San Diego Comic-Con, but given season two is looking at a 2019 launch, there might not be any footage ready in time for July.

We’d be happy to be proved wrong, but we’d expect to see a first teaser in late 2018.

'Bridgerton': Who Is Lady Whistledown?

Teacher with Mediterranean heritage told by trade union he is black