Home » TV & Movies » 'Star Wars': 5 Shocking Differences Between 'The Rise of Skywalker' and Colin Trevorrow's 'Duel of the Fates'

Colin Trevorrow’s leaked original script of Star Wars: Episode IX shocked fans this month. The director was removed from the production of the film in 2017, but not before concept art was drawn up based on his script. The Jurassic World director confirmed that the art was indeed from his writing before J. J. Abrams came on to direct the film. Let’s take a look at the five main differences between the two director’s scripts. 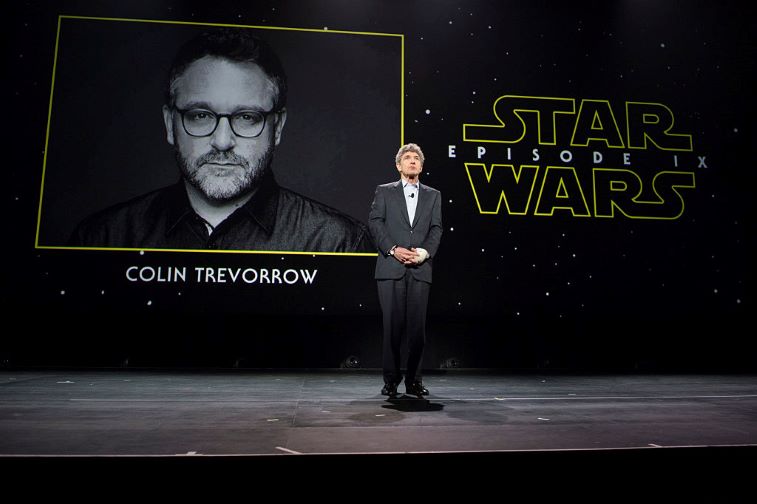 Although Palpatine is in the leaked script, he’s not back from the dead. Instead, he is in the form of a Sith Holocron, when he gives his contingency plan to Darth Vader.

This plan then sends Kylo Ren (Adam Driver) on his mission throughout the movie. However, Palpatine is not the villain in Duel of the Fates.

A fascinating story surrounding Finn (John Boyega) and Rose (Kelly Marie Tran) transpires in the leaked script. Finn heads up an undercover mission to an enemy base where he begins sending the signal to Resistance supporters everywhere.

With the help of Rose, the two were to lead a legion of Stormtroopers, who questioned their roots like Finn. The pair brought this army to the light side of the Force.

In the final scene of The Last Jedi, we saw a young boy using the Force to pull his broom to his side—showing us that indeed anyone can have the Force within them. Trevorrow’s script would continue this point further with Finn and Rose pulling these Force-sensitive kids into a second army.

We can see where the director is going with this theme.

Rey is neither a Palpatine or a Skywalker according to Trevorrow

Trevorrow also keeps Rey’s (Daisy Ridley) lineage intact. Rather than changing what the previous movie set forth, he continues the theme that our scavenger comes from parents who were nobody important.

Your journey nears its end. See @StarWars: #TheRiseOfSkywalker in theaters December 20. Get tickets: (Link in Bio)

This continued theme allows Rey the chance to be more active in continuing the Jedi order than worrying about her past. By the end of the film, she is training the new Force-sensitive children that Finn and Rose have gathered.

Here’s the one plot point that hit fans hard. Those who loved the redemption of Kylo Ren in The Rise of Skywalker did not like this part of Trevorrow’s script.

In Duel of the Fates, Luke Skywalker’s (Mark Hamill) Force ghost haunts Ben causing him to become more isolated and dangerous. With the death of Snoke and Palpatine, Kylo Ren becomes the villain of the story.

“The Dark Side is in our nature.” Don’t miss seeing the finale of @StarWars: #TheRiseOfSkywalker in theaters now! Get tickets: (Link in Bio)

In this script, Rey’s attempts to save Ben fail. The man still dies, but this time it is not to save Rey. Kylo Ren is killed by Rey when she is joined by several Force ghosts to restore peace to the galaxy.

While there are a few other differences between the two scripts, these were the five major ones that stick out as massive shocks to fans. Star Wars movie-goers wish they could see Trevorrow’s version of the film play out on the big screen. However, there’s no telling if these changes might have pleased more critics or not.

Read More: Former ‘Star Wars’ Director Colin Trevorrow Confirms Leaked Concept Art For His Version of the Film Is Real and Fans are Freaking Out

Senator to propose total ban on TikTok use by federal workers