Home » TV & Movies » Is Star Wars putting all of its spin-offs on hold because Solo bombed?

Collider is reporting that in the wake of the disappointing financial returns of Solo: A Star Wars Story, the top brass at Lucasfilm have made the decision to freeze all development on Star Wars spin-offs.

The website claims that the creative team attached to the Obi-wan film, in particular, has been completely turned over, with Lucasfilm choosing instead to put more of its efforts into finishing J.J. Abrams’ Episode IX and developing another trilogy.

Lucasfilm has not confirmed the status of its Star Wars Story films, which were originally announced as standalone anthology projects. More recently, it came out that Solo‘s cast had been locked down for sequels before the film underperformed at the box office.

The studio is thought to be still moving ahead with a trilogy of new Star Wars movies from The Last Jedi director Rian Johnson, to be set in a never-before-seen corner of the film universe. 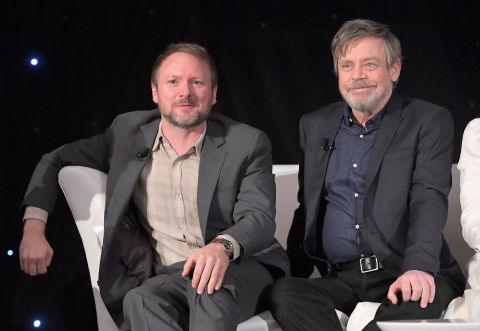 Also moving forward at Lucasfilm are untitled Star Wars films from Game of Thrones showrunners David Benioff and D. B. Weiss. The duo recently said they were “honoured by the opportunity, a little terrified by the responsibility, and so excited” to be joining Star Wars.

Solo: A Star Wars Story is now playing in US and UK cinemas. It will be followed by Star Wars: Episode IX on both sides of the Atlantic on December 20, 2019.

Who Has Luke Bracey Dated? His Relationship History Is Mysterious

At least 100 fed agents to be sent to Cleveland, Detroit and Milwaukee to fight ‘violent crime’ during protests