Home » TV & Movies » Stark family tree REVEALED: How Arya, Sansa and Bran are all linked to the Targaryens

The Starks are one of the oldest and most respected, ancient houses in Westeros and serve as cousins to the Karstarks. However, Robert’s Rebellion, led by Robert Baratheon (played by Mark Addy) irrevocably changed the course of history in the Seven Kingdoms. But it was also the trigger of the rebellion that meant the Houses Stark and Targaryen would become linked by blood forever in Game of Thrones.

How are Arya, Sansa and Bran are all linked to the Targaryen family tree?

The simple answer is through Jon Snow (Kit Harington), who is their cousin on his mother’s side.

The pair wed in a secret ceremony after Rhaegar annulled his marriage to Elia of Dorne to be with Lyanna.

Lyanna and Rhagar had a son called Aegon Targaryen, whose name was changed to Jon Snow to protect him.

Lyanna was sister to Ned Stark (Sean Bean), who is the father of Arya (Maisie Williams), Sansa (Sophie Turner), Bran (Isaac Hempstead-Wright), Robb (Richard Madden) and Rickon Stark (Art Parkinson). So, Lyanna is the aunt of the Stark children.

She died in childbirth after going into labour with Aegon, making her brother Ned promise to protect her newborn.

Lyanna also made Ned hide her son’s true identity for fear the child would be killed because of his claim to the Iron Throne and the hatred for the Targaryens following the disastrous reign of Aerys Targaryen (David Rintoul) – better known as the Mad King. 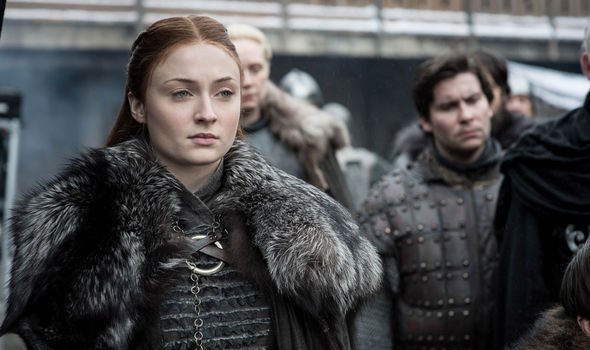 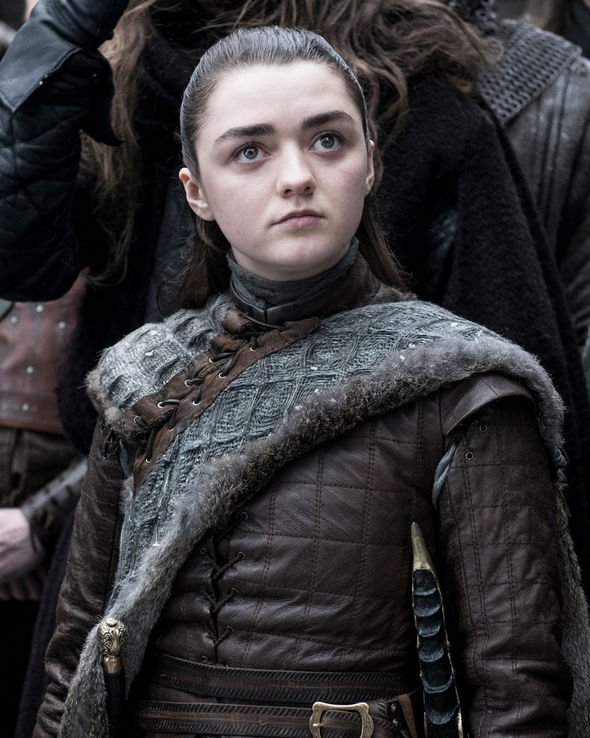 Arya Stark is the youngest daughter of Ned and Catelyn Stark (Michelle Fairley).

She has often been compared to her aunt Lyanna for her looks and tomboyish personality.

Even though there was sibling rivalry between Arya and sister Sansa, their reunion later on saw the pair form a strong bond and take out the scheming Littlefinger (Aidan Gillen) together.

Sansa Stark is the eldest daughter of Ned and Catelyn and she has often been compared to her mother in terms of her looks.

Littlefinger was so enchanted by the likeness between Sansa and Catelyn that he even kissed her. He was wed to Lysa Arryn (Kate Dickie) – Catelyn’s sister – making the whole scenario even more creepy.

Sansa has had a tough time in Game of Thrones after she was betrothed to Joffrey Baratheon (Jack Gleeson) before being married off to Tyrion Lannister (Peter Dinklage).

She was then married off to Ramsay Bolton (Iwan Rheon), who raped and abused her.

WHEN WILL GAME OF THRONES SEASON 8 BE RELEASED?

Bran Stark is the second youngest son of Ned and Catelyn but over the course of Game of Thrones he has assumed the role of the Three-Eyed Raven after gaining The Sight.

He knows the truth about Jon’s true lineage and is likely to reveal all to him in season eight.

His course was set from episode one after he was thrown out of the Broken Tower in Winterfell and his journey began.

Rickon Stark was the youngest son of Ned and Catelyn, who hid in Winterfell after the castle was sacked by Theon Greyjoy (Alfie Allen).

Along with Bran, Osha (Natalia Tena) and Hodor (Kristian Nairn), he fled Winterfell but eventually was separated from his sibling for safety.

Sadly, he was betrayed by the Umbers and was killed by Ramsay Bolton in the Battle of the Bastards.

Robb Stark was the eldest of the children and sons, meaning he was the heir to Winterfell.

He had a close bond with Jon given their similar ages but didn’t know the truth about his supposed half-brother.

Robb was murdered along with his heavily pregnant wife Talisa (Oona Chaplin) at the Red Wedding. 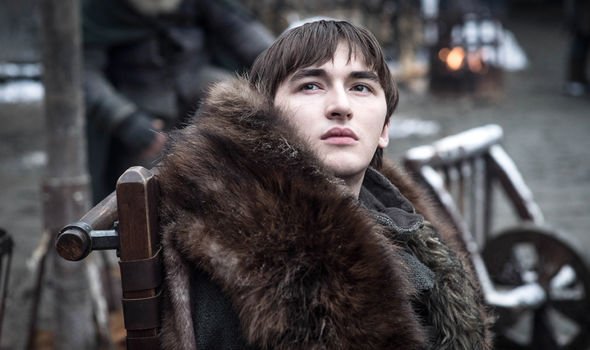 Ned Stark is one of the few people to know the truth about Jon’s true identity, keeping the secret from his wife Catelyn.

He brought Jon back to Winterfell as a baby after Robert’s Rebellion, much to the fury and heartbreak of Catelyn.

Ned claimed Jon was his baseborn son through a liaison with an unknown woman.

Sadly, Ned met his demise in season one after he was killed by Joffrey after discovering the Lannister children were not legitimate heirs to the Seven Kings and instead the incest-born offspring of Cersei (Lena Headey) and her twin brother Jaime Lannister (Nikolaj Coster-Waldau).

Catelyn Stark is the mother to all of the Stark children and Jon’s aunt through her marriage to Ned.

She never knew the truth about Jon, always believing her husband had fathered a child during the war.

Catelyn met a tragic end at the Red Wedding when she along with Robb were slain in a plot by the Lannisters and the Freys to quell the uprising in the north.

Game of Thrones season 8 will air on HBO on April 14 and Sky Atlantic and NOW TV on April 15.

Elizabeth Warren’s ‘Break Up’ Message Is Squarely in Tech Workers’ Paths. There Are Skeptics.