BBC One’s new series The Split is making headlines for having women at the forefront: with Nicola Walker in the lead, Abi Morgan on scripting duties and a female director and executive producer.

But, speaking to Digital Spy and other press, actor Stephen Mangan – who plays Nathan, husband to Walker’s divorce lawyer Hannah – said that it’s “crazy” that gender inequality in the TV industry is “still an issue”.

“It is still an issue, but it’s crazy that it still is,” Mangan said. “What you always look for as an actor is to work with talented people – writers, directors, other actors… you just want to be around people who are at the top of their game.

“I feel lucky to be part of this, because there’s such a smart, creative team at the head of it. And they’re all women, which is great.” 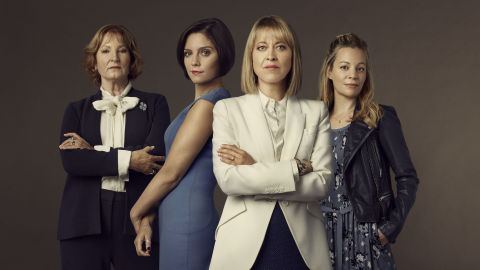 Mangan suggested that a female-led project like The Split – which explores the dynamics between Hannah, her mother Ruth (Deborah Findlay) and her two sisters Nina (Annabel Scholey) and Rose (Fiona Button) – “doesn’t happen very often, and it should happen more often”.

“So it’s a talking point,” he added. “But that’s a shame. What you’re looking for in our industry is for talent to be able to rise to the top, free of whatever gender, race, class you are.

“Unfortunately, the less talented will use whatever means they can to hold onto power – and that applies to men… to all sorts of groups. But it’s fantastic that it’s coming out in the open… that pay’s being talked about, that lack of women directors [is being talked about].

“Things need to change, because we’re only losing out on amazing, talented people. I’ve got something like 65 credits… I think I’ve worked with three or four women directors in that time. It’s crazy.” 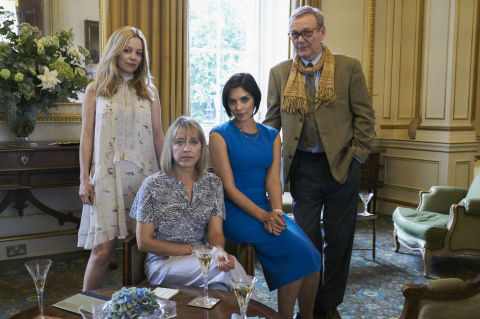 Anthony Head – who also appears in The Split as Hannah’s wayward father Oscar – echoed Mangan’s comments, but went on to insist that the “stupidity” of inequality is a problem across the world and “not just in theatre or TV or film”.

“We’re getting there,” Head said. “We are definitely looking at this question.” 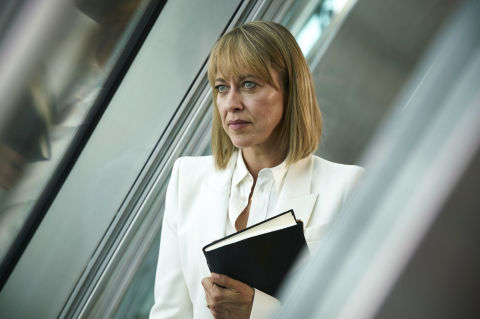 The Split reunites its lead Walker with BAFTA-winning writer Morgan, with whom she previously collaborated on the haunting 2015 drama River. Regardless, Walker still had to audition for the part of Hannah, an experience she described to Digital Spy as “one of the most nerve-wracking auditions [she’s] ever done”.

“If you go into a room and you don’t know anybody, you’ve got nothing to lose,” Walker said. “But when you walk in and you’ve worked with the director, the writer and the executive producer before, and you really want it, that’s really hard.

The Split begins tomorrow night (Tuesday, April 24) at 9pm on BBC One.

Mariah Carey’s ‘All I Want for Christmas Is You’ returns to No. 1 on the Top 100

Lil Baby Recruits Megan Thee Stallion For ‘On Me (Remix)’