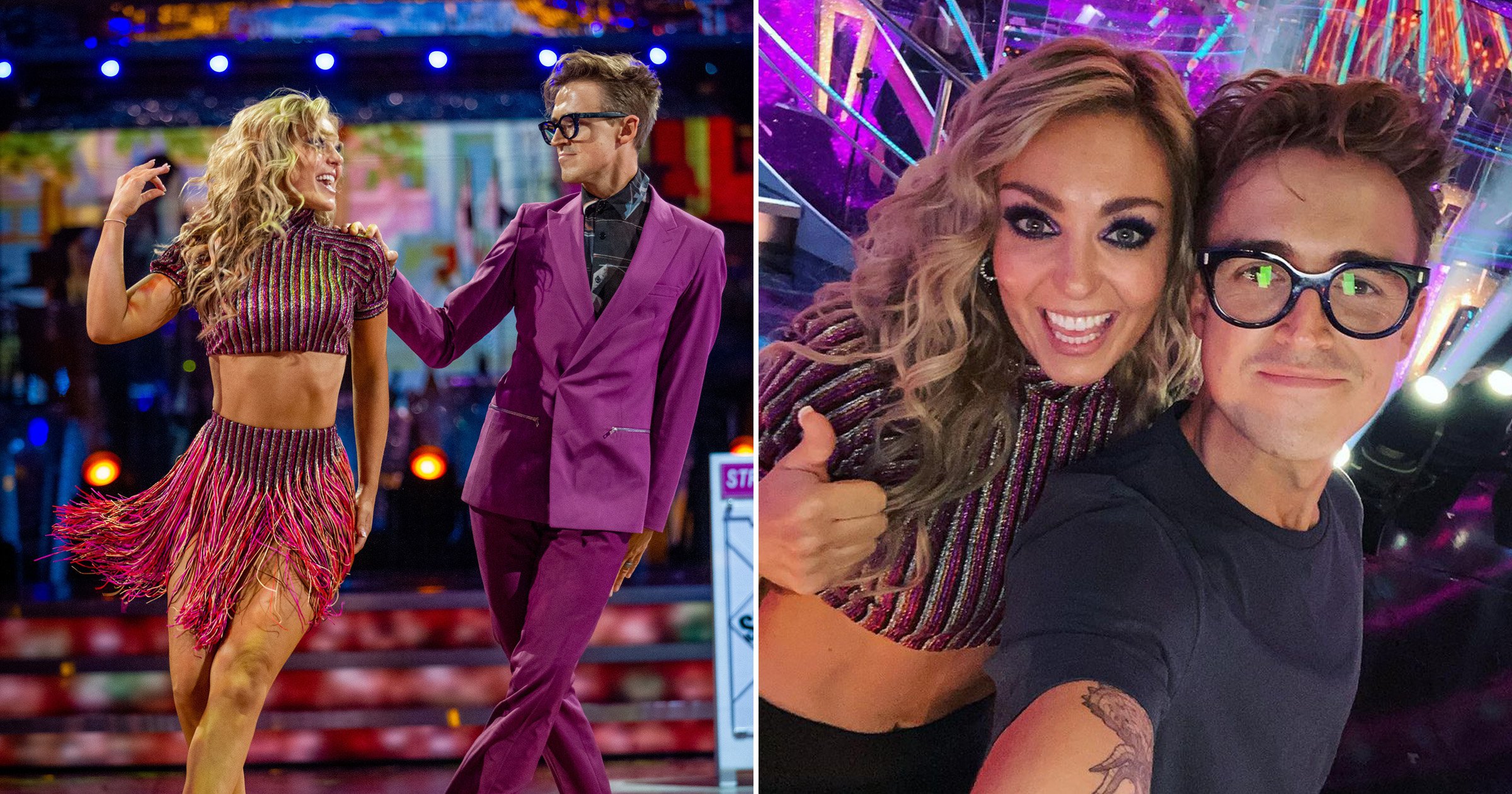 Strictly Come Dancing star Tom Fletcher has spoken out after testing positive for Covid-19, and admitted he’s ‘so gutted’ by the turn of events.

It was announced on Sunday that Tom, 36, and his dance partner Amy Dowden had contracted Covid and would have to self-isolate.

The news came just hours after the pair made their Strictly debut, dancing the Cha Cha during Saturday night’s live episode. However, it meant Tom was forced to miss his band McFly’s tour show in Glasgow yesterday evening.

Speaking out for the first time since testing positive, Tom said in a video shared on Instagram: ‘It means I’m isolating and I can’t finish the McFly tour which I’m so sorry, I’m so gutted about. It hurts letting you guys down, you have no idea. But the shows are going on, the show must go on. You guys have waited long enough for fun McFly entertainment that I know Danny, Dougie and Harry are more than capable of giving without me there.’

He quipped: ‘Obviously, it won’t be quite as good without me I hope. But it will still be a McFly show so if you have tickets for the last two shows, go, have an amazing time, sing your hearts out.’

Tom, who is married to I’m A Celebrity… Get Me Out Of Here winner Giovanna Fletcher, went on to reveal that a lifelong fan of McFly, also called Tom, will fill in for him during the band’s final two shows.

Later in his message to fans, the singer said: ‘If you’re going to the shows, sing my bits with him as loud as you can, give him all the support he needs.

‘And we know, it’s not always easy but McFly’s here forever. It’s certainly not easy right now, believe me. But McFly are there putting on a show so have an amazing night, I’ll see you next time. I’m sorry.’

Turning his attention to Strictly fans, Tom explained: ‘This also means I have to have a week off from Strictly so I won’t be there for week two. I’m sorry to all my Strictly team, fellow contestants and to my brilliant partner Amy, sending you loads of love Amy.

‘I will be watching on Saturday cheering you all on guys, I can’t wait to see your week two dances. I’ll be so jealous that I’m not there. I’ll be back for week three – Amy, I’m gonna dance my little Cuban heels off to hopefully get more than a four from Craig.’

He added: ‘Until then, I’m going to rest and recover. Once again I’m so sorry to everyone and I’ll see you soon.’

Alicia Keys Hints at What to Expect From Her Upcoming Album