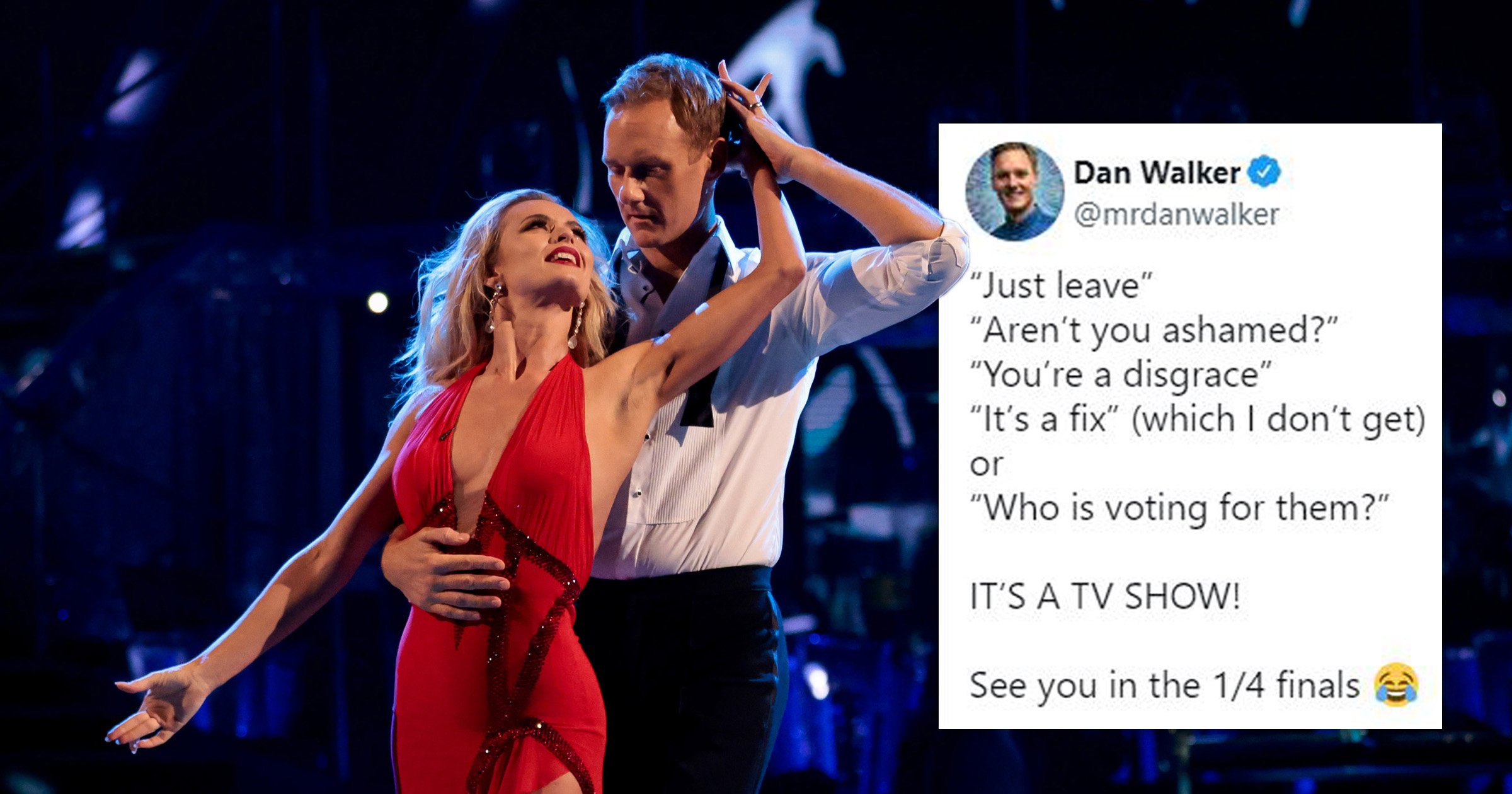 Dan Walker has reminded viewers, again, that Strictly Come Dancing is just a ‘TV show,’ after getting through to the quarter finals.

The BBC Breakfast presenter, 44, and professional partner, Nadiya Bychkova, are thrilled to have made it this far into the competition, however some fans aren’t too pleased after Tilly Ramsay was knocked out of the contest and Dan survived another week.

Dan’s latest performance was a Rumba to Desperado by The Eagles, which scored 31 points out of 40, and the routine caused a divide among the judges. Craig Revel Horwood described the number as ‘jolty’ while guest judge Cynthia Erivo shared a contrasting opinion and scored the pair a nine.

A number of frustrated fans took to Twitter and claimed the BBC show is ‘rigged.’ Following Sunday’s results show, the star tweeted: ‘Thank you to everyone who is sending lovely messages & enjoying us having fun on #Strictly.

Parents of school boy who died after ‘revolting’ initiation speak out