Joe Sugg was recently announced as the fourth celebrity to be joining Strictly Come Dancing.

But his signing has come with some criticism, with some viewers complaining they’ve never heard of the YouTuber before or that he doesn’t count as a real celebrity.

Former Strictly pro Robin Windsor admitted that he wasn’t sure who the 26-year-old was when he heard the announcement.

“I know I’m getting on a bit when I have to google the young contestants on @bbcstrictly,” he tweeted his 122k fans.

Robin later added: “Perfect booking to appeal to a younger audience though – look forward to see what he does on the floor.”

“Unless we watched every TV show possible the last 20 years and read every mag etc there’s always gonna be @bbcstrictly we personally don’t know of.

“The spectrum of contestants is to appeal to all generations and demographics and this year so far so good.” 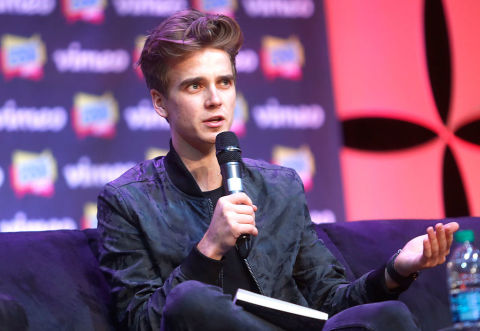 Many agreed with the dancer, who took part on the show from 2010 to 2013, saying Zoella’s brother would bring a young audience to the show.

Joe tweeted his delight about joining the show, saying: “So this is actually happening!.. Thank you so much!! The support has been unreal! I can’t dance but hopefully I’ll do you all proud and you can make some great memes out of me.

“Thanks @bbcstrictly for giving me this opportunity.”

Strictly Come Dancing will return to BBC One in the autumn.

What Does Ryan Seacrest Think About 'American Idol' Getting Renewed and the Judges Coming Back?

Edelman's partnership with Cision was once positioned as the 'first of its kind,' but after its first year, the deal is no longer exclusive