Strictly Come Dancing star Anton Du Beke has responded to rumours that he is quitting.

The professional dancer competed with Susannah Constantine this series, but the couple were the first to be eliminated over the weekend.

Shortly after their exit, tabloid reports began to claim that Du Beke has decided to leave the show after growing frustrated with the celebrities he is being paired with. 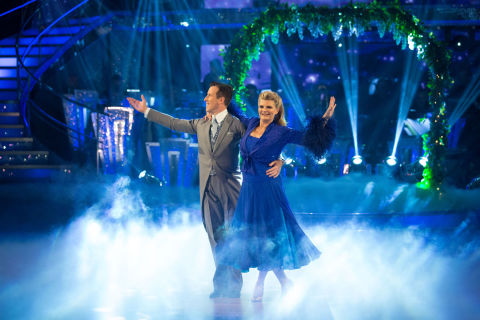 However, he reacted to the speculation by giving a firm statement on his Twitter account, insisting that he is not actually quitting – and “never” will.

“My loves, some people are reporting I’m quitting the show. Absolute rubbish! I’m NEVER quitting. Whether they want me or not, I’m never going!” he wrote today (October 1).

“Love you all and love @bbcstrictly!”

Anton and Susannah faced Lee Ryan and Nadiya Bychkova in the dance-off and did the foxtrot to ‘They Can’t Take That Away from Me’ by Frank Sinatra, but were deemed to be second best by the judges.

“Sadly, someone’s got to go, but I wish it wasn’t you because you’re wonderful to be with,” Anton said to Susannah following the elimination. “I’m going to miss spending time with you in the studio.

“We’ve had a great time, we’ve had enormous amounts of fun, and you’re wonderful, and thank you very much indeed.”

Strictly Come Dancing continues with Movie Week next Saturday (October 6) at 6.30pm on BBC One, with the results show airing on Sunday (October 7) at 7.45pm – right after the new episode of Doctor Who.

'Solo: A Star Wars Story': 1 Biggest Change To Come From the Reshoots