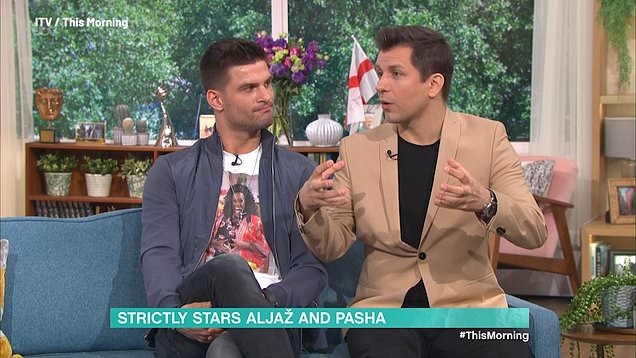 The professional dancer, 41, revealed the sweet anecdote on This Morning on Friday, as he discussed dancing with the late presenter.

He revealed: ‘Our chemistry and our dancing, together that took us to the very top to getting that glitterball.

‘I remember she stole my glitterball! After the party after the final, I looked at my bag and it was gone. I thought, “I just got and someone stole it!”

‘Actually, she took both, thinking it’s hers! I had to go and chase it and grab it off her.’

Dermot O’Leary, who had been close friends with Caroline since the start of their careers on TV, added: ‘That doesn’t surprise me about her at all. 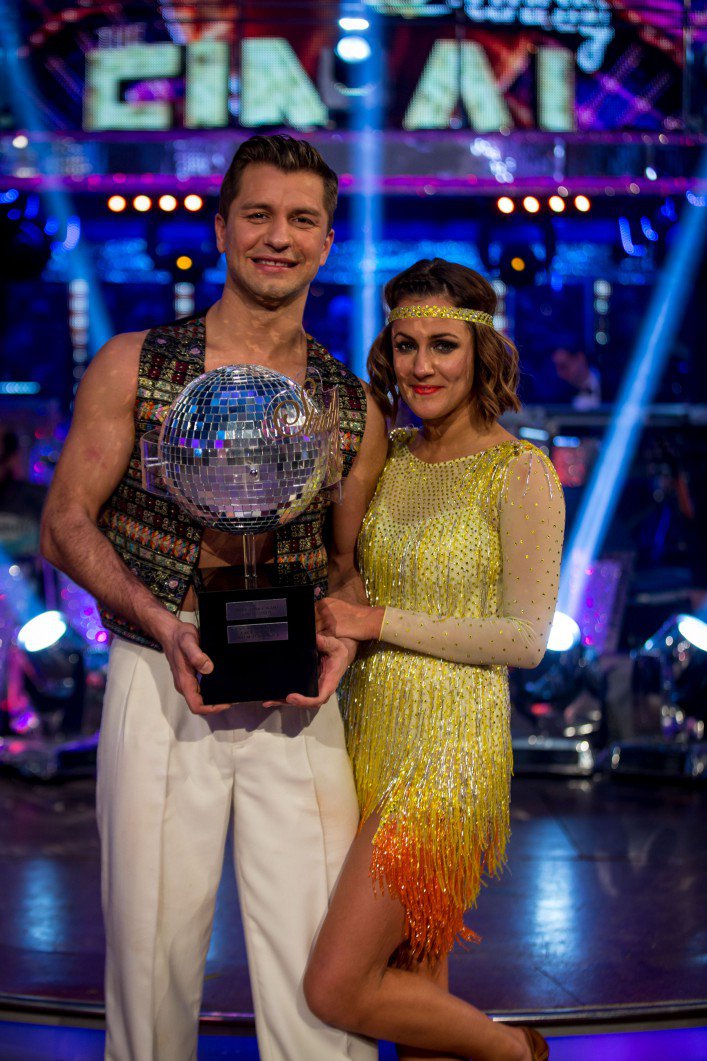 ‘But you know, I’ve known her for many years, we started out together and had the same agent for a very long time and I never, ever saw her happier than when she was doing that show. It was just her happy place, doing Strictly.’

Pasha and Caroline had won the show together in 2014, however Caroline had admitted feeling ‘numb’ when she was handed the Strictly trophy as she was going through a difficult break-up from music manager Jack Street at the time.

She told Red Magazine about revealing the split in her autobiography, Storm In A C Cup: ‘It was such a bittersweet moment of winning the show, but also that feeling of, “Could you not have just waited three more weeks and then broken up with me?!”

‘When I woke up the next day it was like someone had put clingfilm over my bed and I couldn’t get up.

‘I’d never felt like that before, numb, like everything had come to an end. And everyone was going, “Carrie! You’ve just won Strictly!” and I was like, “I know but I just don’t feel happy.”

‘I was heartbroken. At the time it’s all-consuming, but it gets better.’

The Love Island presenter died by suicide at the age of 40 in February 2020.

This Morning airs weekdays from 10am on ITV.