Home » TV & Movies » Succession: Kieran Culkin Says Roman Can Play the Game, but Theres One Thing Holding Him Back

With each passing season of “Succession,” one of Logan Roy’s (Brian Cox) children becomes the frontrunner in the race to succeed their father as the CEO of global media giant Waystar Royco. The crux of the first season is Kendall’s (Jeremy Strong) battle to wrest control of the company away from his ailing father, after his path to succession is delayed. The second season sees Siobhan (Sarah Snook) brought into the fold, in an attempt to shape her into a worthy successor, but that falls apart nearly as quickly as it began.

Now, with just three episodes left to air in the show’s third season, audiences are witnessing an ascendant Roman Roy (Kieran Culkin) start to shine, comfortable in his father’s good graces. The most recent episode of the series, “What It Takes,” sees Roman persuade his father to back a maybe-fascist/definite white supremacist candidate for president, which feels like a big win for the character and a horrible, terrible, no good thing for everyone else in the world.

In a recent interview with IndieWire, Culkin spoke about the character’s moral compunctions (or lack there of) and his enjoyment at witnessing Roman begin to find his footing, after years of being little more than the jerk-off fuck-up.

INDIEWIRE: As we get deeper into Season 3, it seems like Roman is really beginning to fire on all cylinders. How does it feel to have him almost, maybe, sort of, in his father’s good graces?

KIERAN CULKIN: You know what’s funny, it feels really great as a fan of the show. I remember watching the first episode and there’s this moment when they’re trying to pick who might possibly be the next CEO and Roman calls his dad from the airplane bathroom. I forgot about that scene, because it had been so long since we shot. And I felt myself really rooting for Roman, almost forgetting the fact that he sort of shoots himself in the foot there.

And earlier in that episode, he makes a pretty strong pitch for what to do with the company that nobody else seems to like, but he likes it. It’s not to like try to impress dad or anything. It’s his idea that he thinks does work. He doesn’t care if anyone else likes it. So he’s sort of finding his own voice that way. And Logan happens to back it up. 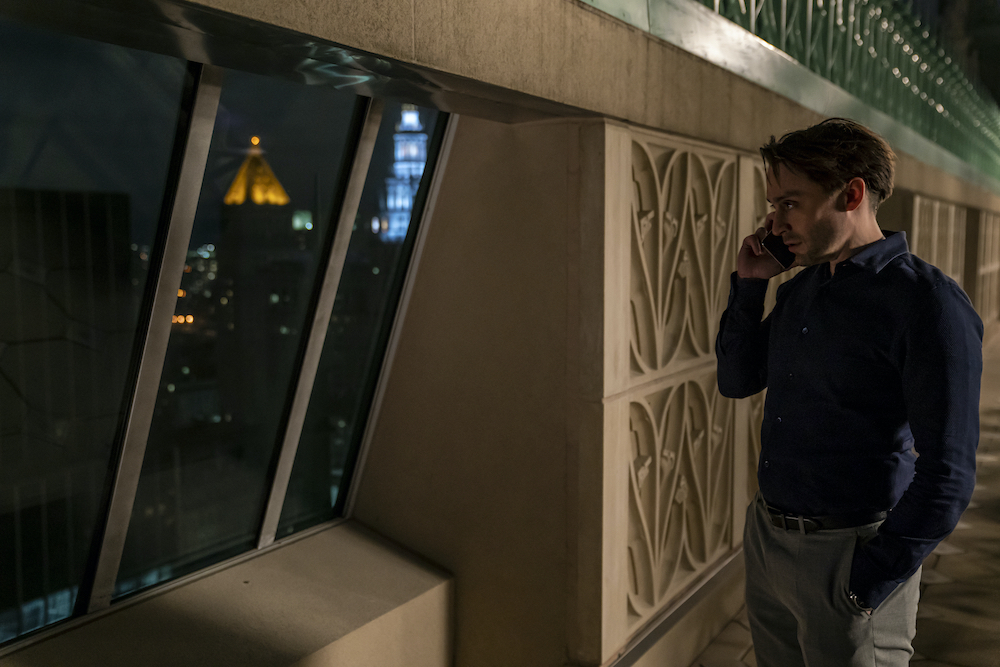 Throughout the season, when it comes to the political candidate and [other moments], that’s him finding his confidence, kind of coming into his own. As a fan of the show, though, I like that. It’s satisfying to see that, but there’s also a little bit of the terror and worry that he’s going to shoot himself in the foot again.

When I spoke to your colleague Brian Cox, he spoke about Logan’s frustration over having taught his children the rules of “the game” and yet seeing them refuse to abide by them in their attempts to become his successor.

I don’t know if the other [characters] understand it, but to my mind, I think Roman actually does get that it’s a game and I think he’s quite good at the game.

But the the difference between Logan and Roman is that Roman has an emotional connection to his family and I think Logan can just play the game. He loves his kids, that’s clear, so he doesn’t have to consider that, so he just plays the game, whereas I think Roman gets very upset. It’s that thing of like, “I want to destroy Kendall,” and then when Kendall’s destroyed, “It’s sad. I don’t like it,” and that messes with the game.

That actually leads into one of my biggest questions for you. In a recent rewatch of earlier seasons, I realized that Roman is probably the most empathetic of all the children. On the yacht in Season 2, after his kidnapping, he tried to have a real moment with his siblings. This season, at the shareholders meeting, he was very protective of Logan and didn’t want to be talking strategy when his father’s well-being was on the line. There is a real tenderness that sneaks in every now and again. Have you always been aware of that aspect of his character?

That just makes sense to me. I try not to analyze it too much, but yeah, that’s always been there. In the second episode ever, when dad’s in the hospital, everybody’s shocked and everybody in the family’s kind of upset, but they’re also trying to problem solve. “What can we do?” And I think Roman’s like, “I’m sad. My dad might die. That’s sad.

I think it’s funny that for Roman, it took what he considered to be a near-death experience with that kidnapping, to then go on the yacht to be like, “Oh, since I felt like I almost died, can we like talk like a family?” Which, you would think it’s completely out of character for him to be the one to be, “Can we just be serious for a second and speak?” 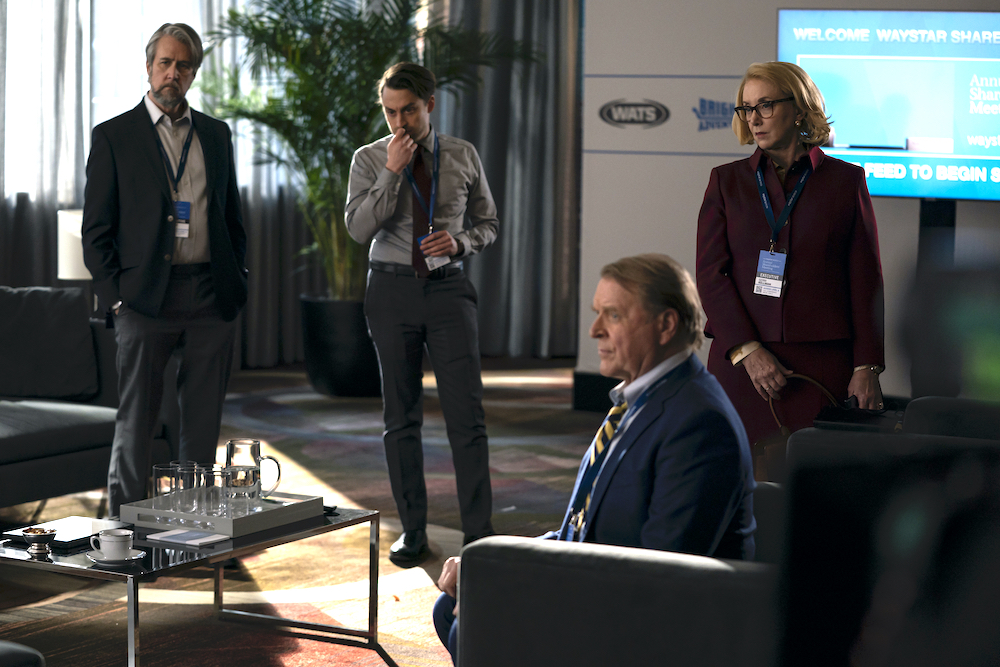 That made sense to me too, because I do think he does hold on to this real ideal of a family, his family. He doesn’t have a wife and kids or any like anything like that. His family is this. So there is empathy. Kendall’s told to take the fall. And that was upsetting. At that same moment, Roman’s also told like, “You’re going to be COO now, congratulations.” Like, this is not a nice moment. This is sad. This is family.

How do you balance that part of him, as well as his obnoxious pestering and trolling in every other moment he has?

They’re one and the same. That’s him. It’s not a difficult dance to figure out. And, I feel like when it comes out, it sounds lame or like we’re told to say this or something, but it really is beautiful writing and it is fantastic. It really starts with the writers putting that together. On the page, that thing you talked about, it’s there. And then I just do it.

So much of the cast has raved to me, at different points, about the quality of the writing and then the other night I came across a copy of the script for the Season 1 finale, “Nobody Is Ever Missing.” I was reading it and thought, “Oh, okay.” [“Succession” creator] Jesse [Armstrong]’s words are such that it translates so clearly from the page to the screen, so I get that’s a lame answer at all.

Okay, good. Because sometimes, I’ll go read a script from a really talented writer and it’s brilliant writing but then you look at it and you’re like, “Actually, all of these characters are some version of the same person. They all just seem to have the writer’s voice,” but it’s really cool and it’s fun? I don’t know how [the “Succession” writers] write so differently for each character. Nobody talks like Connor (Alan Ruck) in the show. He’s the only one who has that voice and they’ve written it specifically for him. And that, to me, is incredible, too, because in the pilot, I feel like Connor wasn’t written that way. I feel like they all just took a look at Alan and the way Alan was playing Connor and they were like, “This is going to be fun. Let’s play with this.” 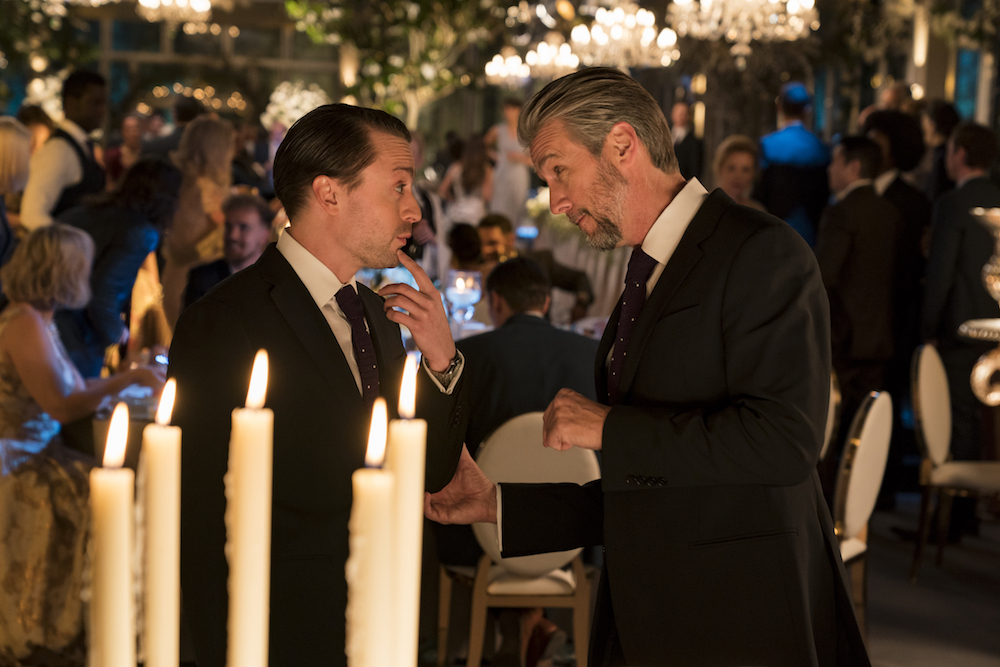 I do think that was a huge one, from the pilot to, “Okay, we’re making the show now because we got further episodes.” Episodes 2 and 3 we got the same time and it was like, “Oh, they found Connor.” Like, I do think Alan just like did some shit and it was bizarre. In the pilot we were encouraged to just improvise. And at one point we did it in the show like, Adam McKay was on a megaphone, telling the camera operators, “Okay. Go to Alan.” “Alan, talk about your ranch.” And then Alan, as Connor, started talking about his ranch and how he gets water shipped in and what the water is like. He went on this long monologue, which was weird, and it just came from his head. And I think somebody does it really in the show, and I think they were like, “This guy’s bizarre.”

That’s actually exactly what Alan just told me when I spoke to him. He said he saw them doing it for Nicholas Braun (Cousin Greg), just writing in his voice. And that just becomes more and more Cousin Greg. And so I think all of you bring parts of yourself to it and they’re so good at picking up your voices.

Well, it’s funny. I talked to [“Succession” writer] Tony Roche about that towards the end of the season but now it’s different because you have [the cast’s] voices in your head. But he said it’s not so specific as that. He did say that occasionally, specifically with Greg, you have a thought, “Oh, it’ll be really fun to watch Nick say this.” Just writing and being like, “I really want Nick to just say this out loud.” 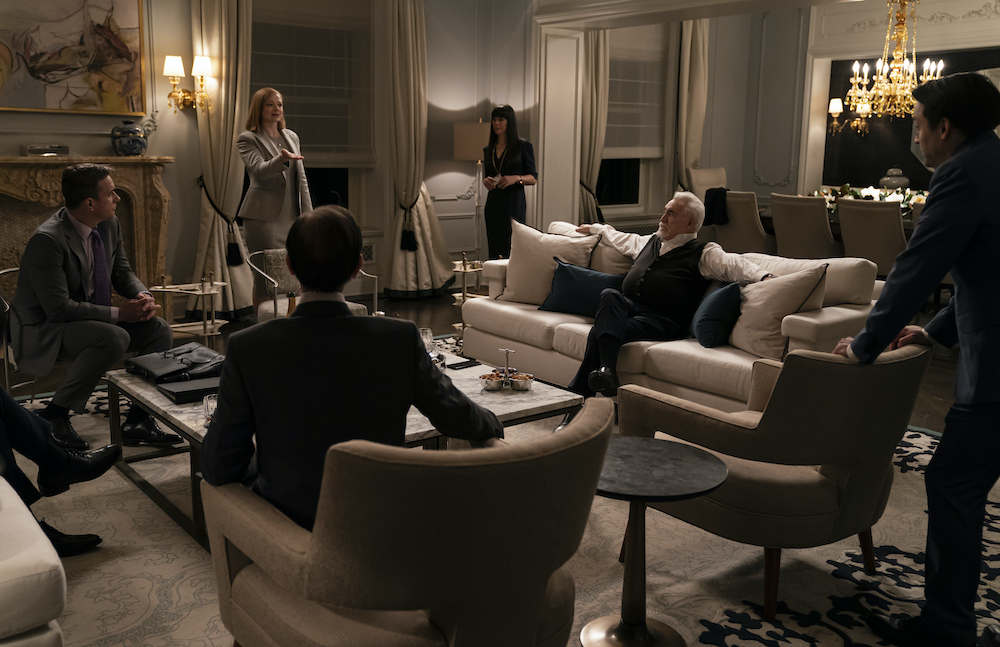 So in episode six, we see Roman making nice with a white nationalist and he worked to get his dad to back him. Do you think Roman has moral compunctions? Or is he able to justify almost anything to himself?

He can justify almost anything, I think. And also, the one choice I made with Roman at the start of this was like, okay, he’s a guy who’s just never had to suffer any consequences. So I feel like it can never really backfire on him. There’s always a parachute. So with this, I don’t think he particularly cares about the guy’s politics. That’s not what it’s about. It’s not about getting the right guy in. It’s about finding the guy who could win and could be in our pocket. It’s a win for us. I don’t give a shit about how it affects the country or whatever. I don’t believe that Roman at all shares the same kind of political views as this guy.

‘Not good at anything!’ Nicola Sturgeon blasted as SNP leader ‘lags behind’ rest of UK

More than 100 celebs’ shoes are to be auctioned to raise charity cash – but can you match the shoes to the celebrity owner?