Warning: this article contains spoilers from the season seven finale of Suits.

Following the departures of Meghan Markle and Patrick J Adams, Suits has debuted its first look at season eight of the show.

The legal drama wrapped up its seventh season in the US last night (April 25) as Rachel Crane and Mike Ross tied the knot, and viewers discovered how Markle was written out.

It’s now a new era with the arrival of latest addition Katherine Heigl as Samantha Wheeler… and she looks like someone you don’t mess with.

Asserting herself from the off, Samantha demands she be “named partner” before the end of the year, and series creator Aaron Korsh has hinted that she may be part of Robert Zane’s firm.

“He’s going to bring some interesting new people over with him, one of whom may or may not be Samantha Wheeler, which is Katherine Heigl’s character,” he told Deadline.

While Markle may be a little too preoccupied with royal duties to return to the show, Korsh hinted that Adams could return in the future – on both sides of the camera. 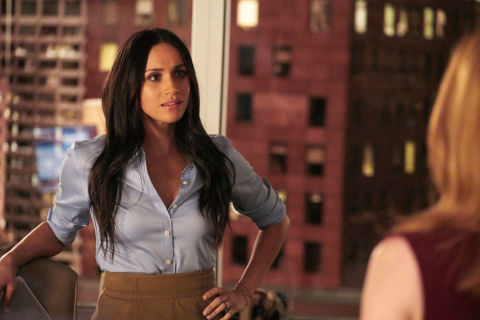 “When Patrick left, he and I discussed it and decided we’re both open to having Mike come back, 100%,” he revealed.

“When that is will be determined by A, whatever he’s doing at the time, and also B, whatever organic story there is to tell, but I would love to have that happen. But for the first 10, I don’t see it happening just because we’re doing other things

“As far as Patrick coming back to direct, it’s absolutely a possibility. We’re still in the early stages of figuring out who’s going to direct what and we’re trying to get some new people in the works also, so I’m not sure if that’ll happen now but that could definitely happen at any point in the future.” 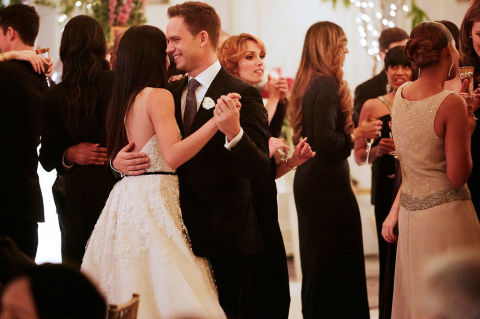 Korsh also suggested that Mike and Rachel will “probably” be referred to next season, though looked ahead to what we can expect in season eight.

“The addition of Robert Zane and the dynamics that that does for all of our existing characters, I feel like gives new life to the show.

“Along with him, Katherine Heigl and the interaction she’s going to have with everyone in the firm, the two of them coming into our world, it just creates a brand new dynamic that is both organic to the show and really reinvigorating for me as a writer and as a fan of my own show.”

Suits airs on USA in the US and on Netflix in the UK.

Who is Ma'Khia Bryant's mom Paula and what has she said?