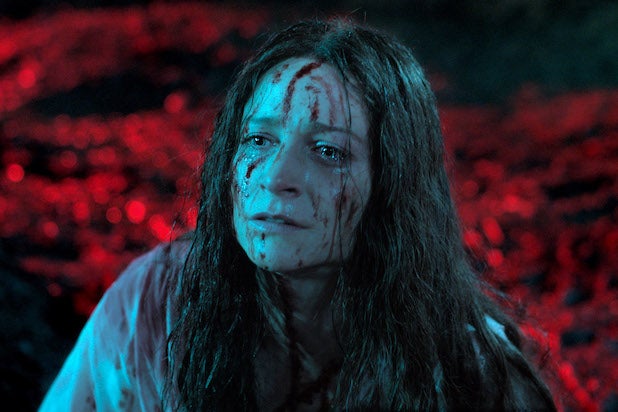 Magnolia Pictures has acquired the North American rights to “Censor,” a horror film that premiered in the Midnight Section of this year’s Sundance Film Festival.

Director Prano Bailey-Bond film, which stars Niamh Algar (“Raised by Wolves”) will next play at the Berlinale Panorama section in March. Magnolia is planning to release “Censor” on June 11.

“Censor” stars Algar as a film censor who discovers an eerie horror movie that speaks directly to her sister’s mysterious disappearance. She resolves to unravel the puzzle behind the film and its enigmatic director — a quest that will blur the lines between fiction and reality in terrifying ways.

“Prano Bailey-Bond has delivered a frightening, incredibly original film,” Magnolia President Eamonn Bowles said in a statement. “It is a rare work that has a lot on its mind as well as being genuinely terrifying.”

“Magnolia Pictures champion exactly the unique, powerful cinema that I love, releasing titles that have truly resonated with me: ‘The Square,’ ‘Let The Right One In,’ ‘Shoplifters,’ ‘Tangerine’… for ‘Censor’ to have found a home on this remarkable slate is amazing,” Bailey-Bond said. “I’m so excited to be working with Magnolia and can’t wait to bring the film to audiences in North America!”

Magnolia had a busy Sundance, acquiring the documentary “A Glitch in the Matrix” from director Rodney Ascher and the animated “Cryptozoo” from director Dash Shaw.

The deal was negotiated by Magnolia EVP Dori Begley and Magnolia SVP of Acquisitions John Von Thaden with George Hamilton, Head of Sales at Protagonist, on behalf of the filmmakers.

Variety first reported the news of the sale.

Spotify Set to Launch in Russia

I decided to tint my eyebrows then fake tan – safe to say it was one of my biggest mistakes, I need desperate help | The Sun