The 1970s were iconic for horror movies. Along with the emergence of the ‘final girl’ trope, slasher movies rose to prominence during the decade. Additionally, Biblical themes became popular. Here are our top 5 scary movies from the 1970s to add to your Halloween movie list.

Slasher movies ruled during the 1970s 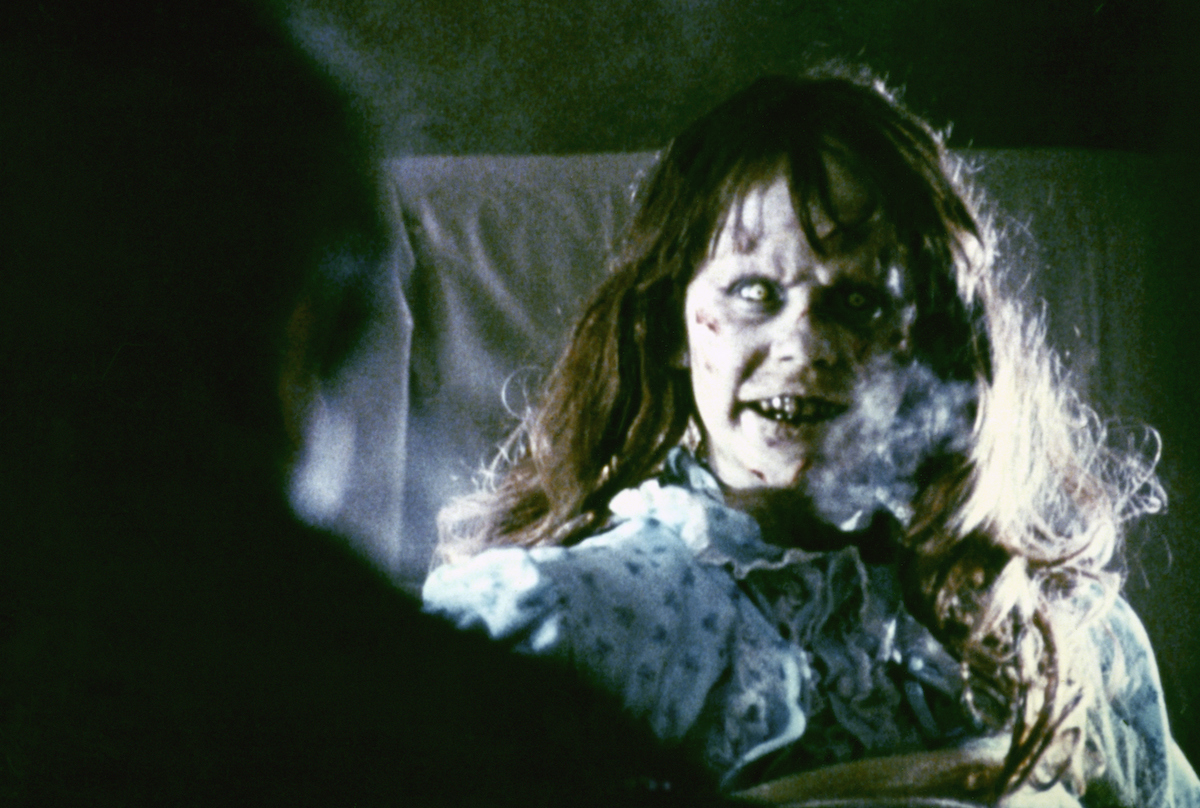 In 1974, The Texas Chainsaw Massacre ripped into theaters. Producers filmed for four grueling, sweaty summer weeks in Texas. Moreover, it was loosely based on the grisly crimes of Ed Gein. The Silence of the Lambs also later took a cue from Gein’s gruesome crimes.

Sally Hardesty (played by Marilyn Burns) is recognized as one of the first final girls in the horror genre. Sally and her brother Franklin (Paul A. Partain) set out to check on their grandfather’s grave after it’s vandalized. Several friends join them on the journey.

Leatherface (Gunnar Hansen) appears and ruthlessly hacksaws them, one by one. Sally escapes from a slaughterhouse, jumps out a window, and jumps into a moving truck to escape the killer.

Four years later, in 1978, Laurie Strode (Jamie Lee Curtis), a luckless babysitter from Haddonfield, Illinois, faces off with her nemesis Michael Myers. It was violent and messy. Moreover, it was only the first matchup of many over the decades. Halloween Kills, the 12th movie in the Halloween movie franchise, just hit theaters October 15, 2021.

Out of the 1970s also stepped emerging horror writer Stephen King. Carrie, released in 1976, tells the tale of a shy teen armed with terrifying supernatural powers. Sissy Spacek stars as the title character. Carrie’s classmates bully her at school. Additionally, her religiously abusive mother bullies her at home.

The teen’s telekinetic powers ultimately take control of the situation. Carrie was the first of many terrifying Stephen King movie adaptations. The most recent was a prequel to The Shining (1980), called Doctor Sleep (2019.)

The Amityville Horror (1979) wrapped up the end of the ‘70s with creepy aplomb. The movie tells the (somewhat true) story of a family that moves into an old house. They subsequently languish in fear after discovering the house hosted the murders of an entire family by a possessed soul.

Supernatural occurrences drive the entire family mad. The Amityville Horror got a glut of sequels over the years. Additionally, it got a reboot in 2005 starring Ryan Reynolds. But we’re partial to the subtle nuances of the 1970’s version.

The ‘70s was also popular for great Halloween movies based on religious tenets and biblical lore. 1973’s The Exorcist, directed by William Friedkin became an instant classic and a widely-parodied, and seriously imitated, franchise.

According to Wikipedia, producers based the movie on the 1971 novel of the same name by William Peter Blatty. The movie follows young Regan (Linda Blair) as she begins engaging in terrifying behaviors. For example, she levitates and speaks in tongues. The ensuing exorcism challenges the very foundations of reality.

Obviously, The Exorcism is the ultimate example of a religious horror movie. But the sub-genre became wildly popular during the decade of disco. The Wicker Man (1973), The Omen (1976) and The Devils (1971) all played on religion and the devil in their themes. Even our previously mentioned Carrie dabbled in the religious occult.

To sum up, the ‘70s was clearly a decade of well-earned screams.

Meghan Markle decries the 'toxicity' that she and Prince Harry faced