The former footballer made the comments during an interview on Australian TV, and The Sun on Sunday revealed how his words left his fashion designer wife in "floods of tears" for two days. 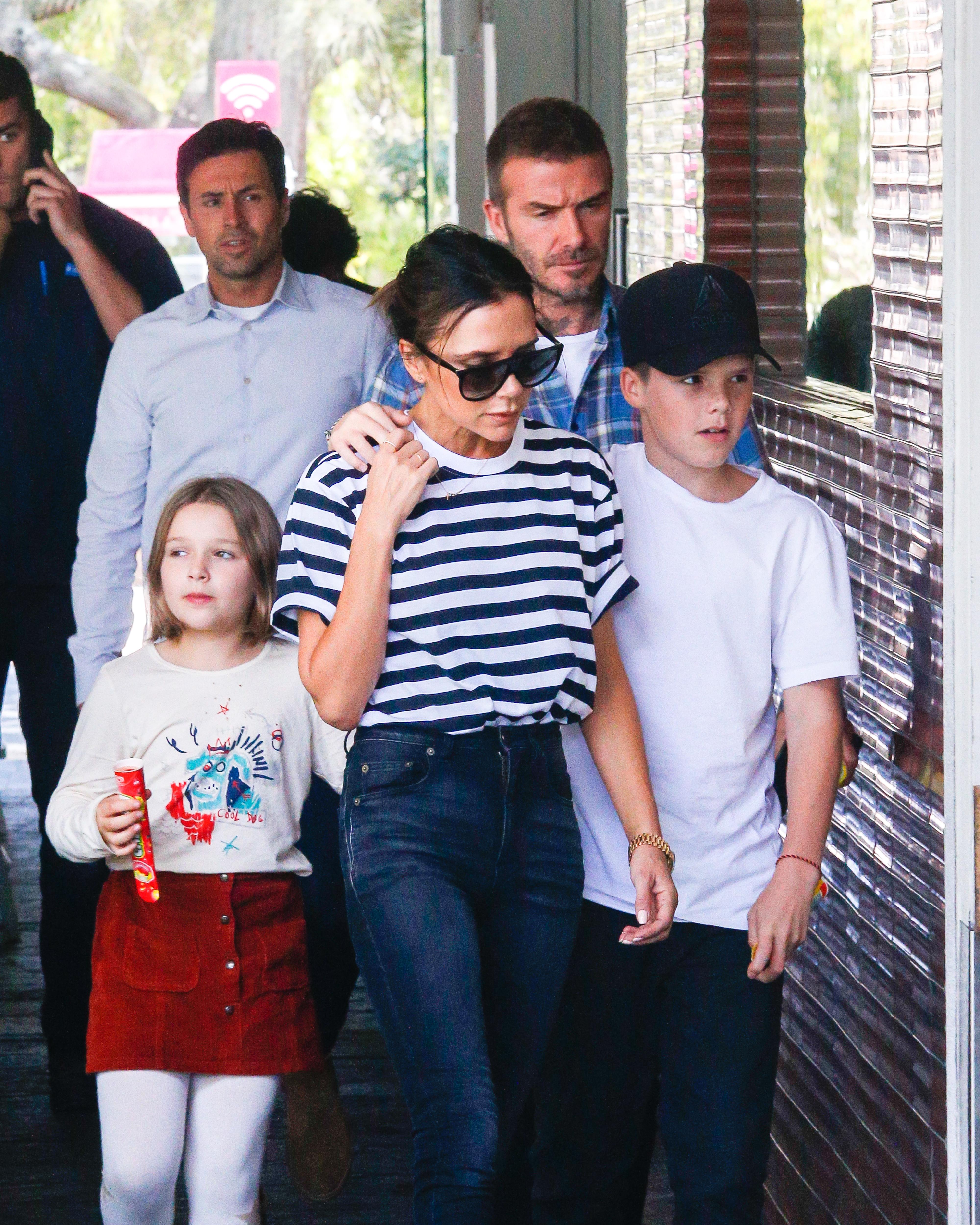 But there was no sign of any waterworks as the couple and three of their four children headed out for a family dinner in Bondi on Sunday.

Victoria, 44, kept her eyes covered with a pair of large sunglasses as she walked beside youngest son Cruz, dressed casually in jeans and a nautical style striped T-shirt.

The 13-year-old wrapped a protective arm around his mother's shoulders, and Victoria held onto his hand with her own as they lead the family along.

Husband David, 43, walked behind his wife with their daughter Harper, seven, wearing jeans and a blue check shirt over a white T-shirt. 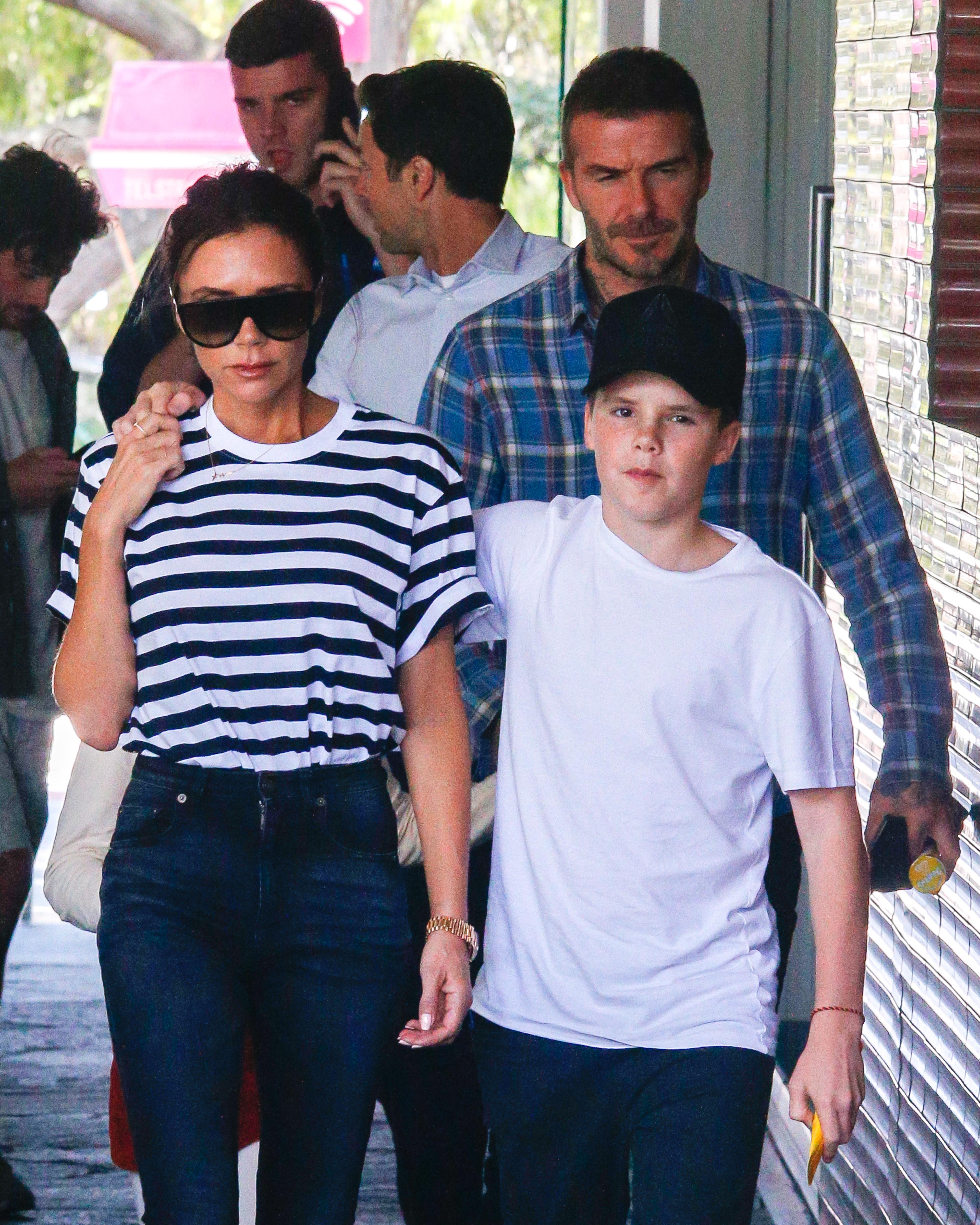 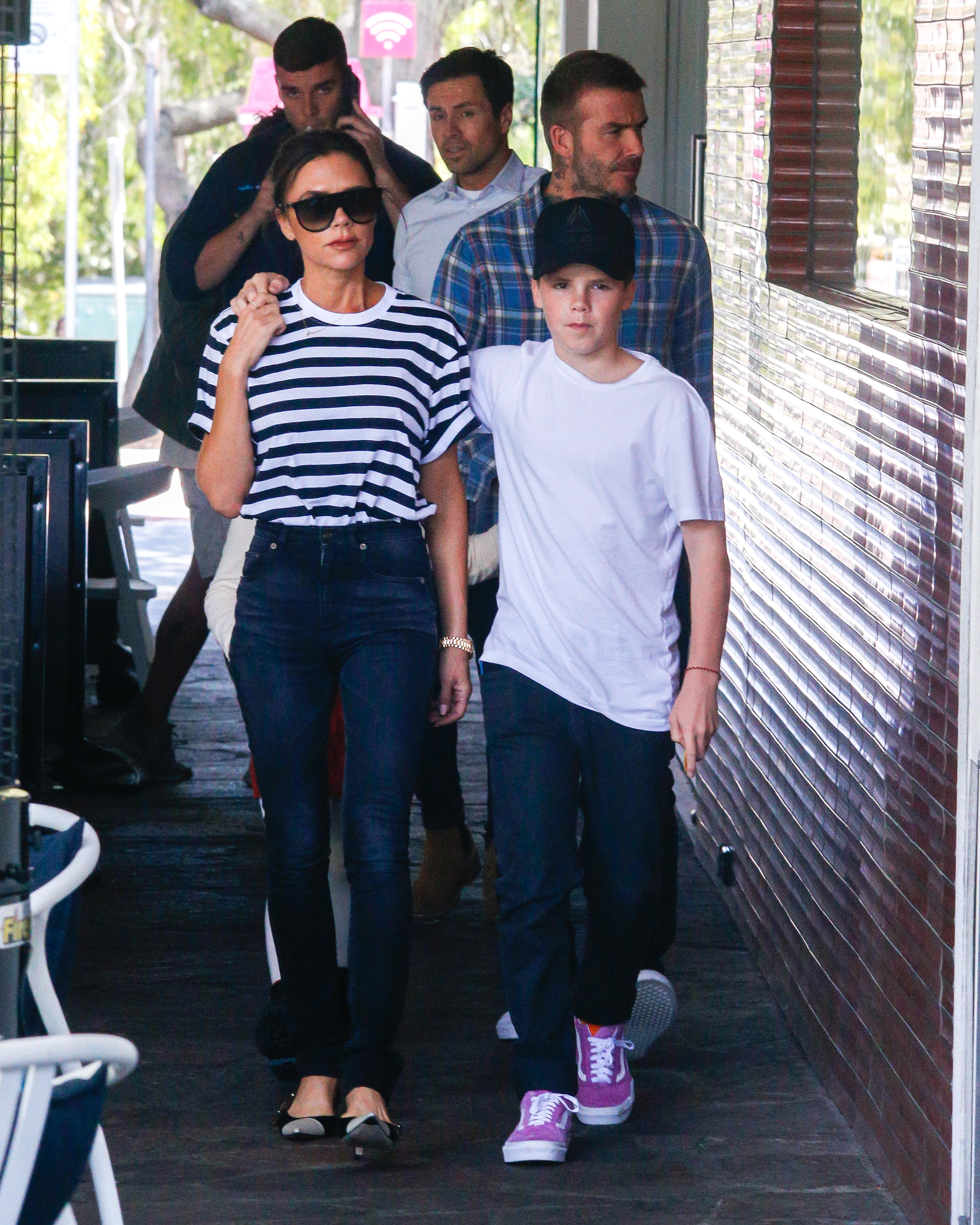 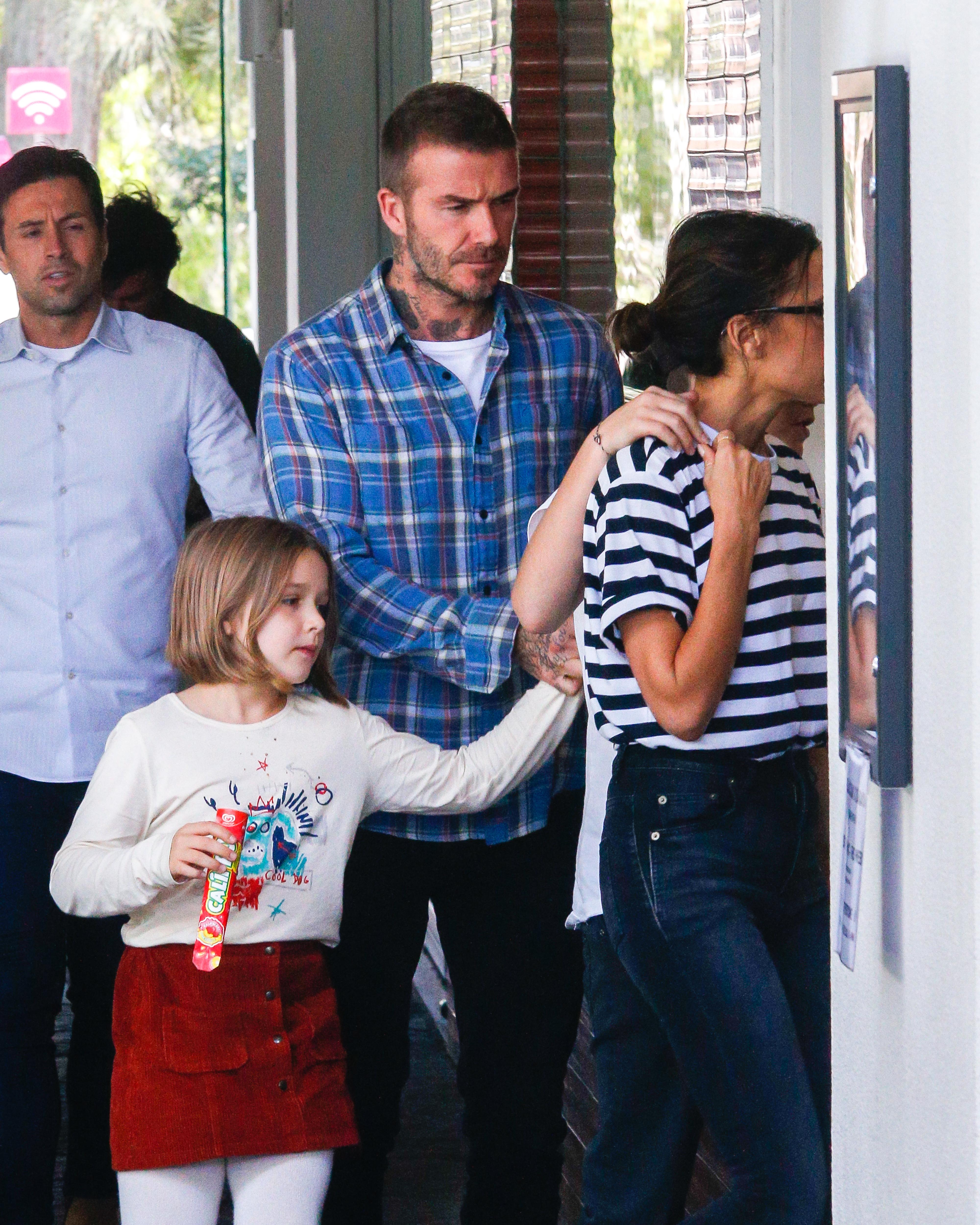 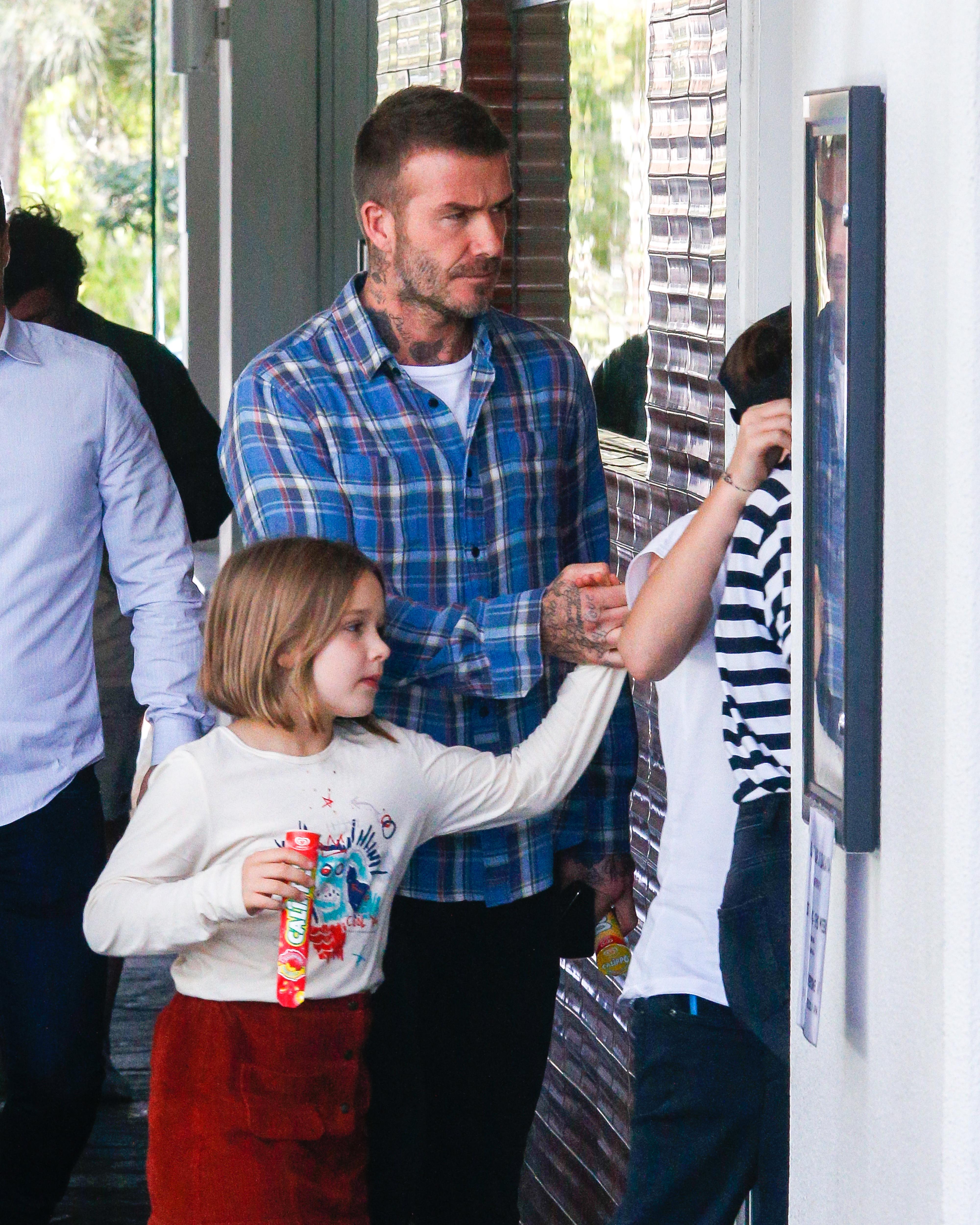 The sportsman held hands with his little girl who wore a red cord skirt and long sleeved white top, and carried an ice lolly in her other hand.

Also out for the pizza dinner was middle son Romeo, 16, who dressed casually in black trousers and a red Adidas T-shirt with a beanie hat on his head.

The family failed to crack a smile as they made their way to and from the restaurant, their security team close by.

The only person missing from the outing was eldest son Brooklyn, 19. 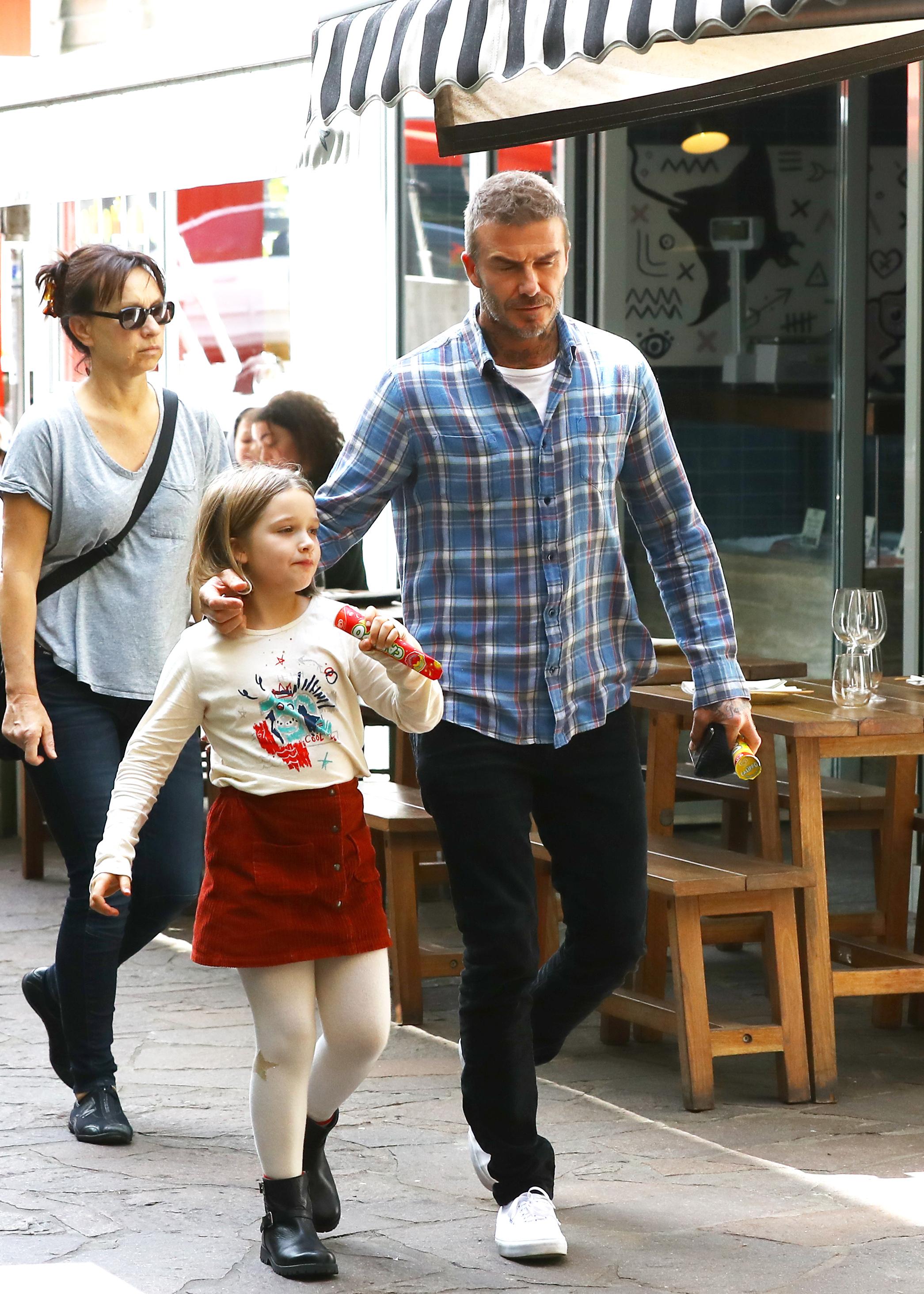 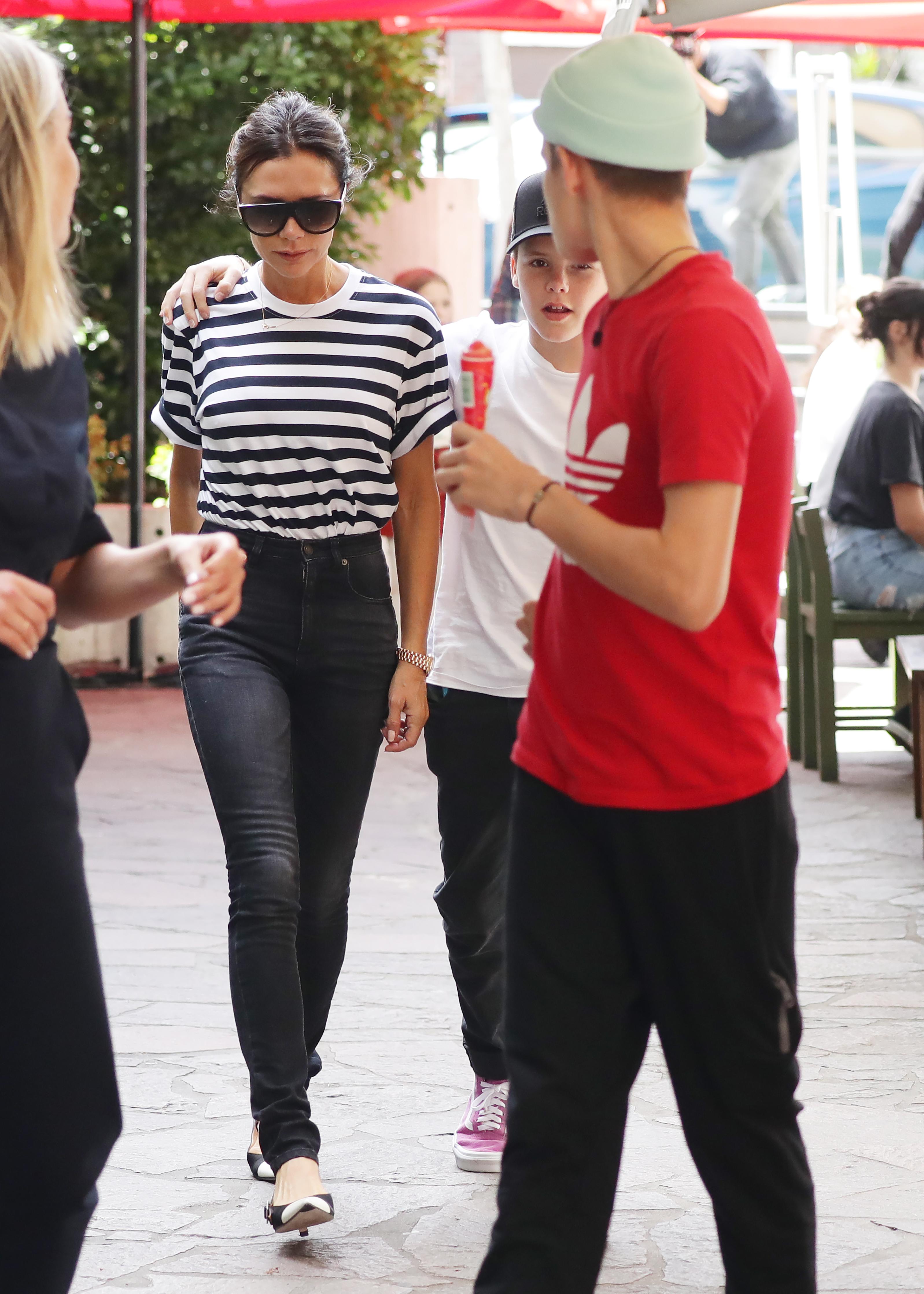 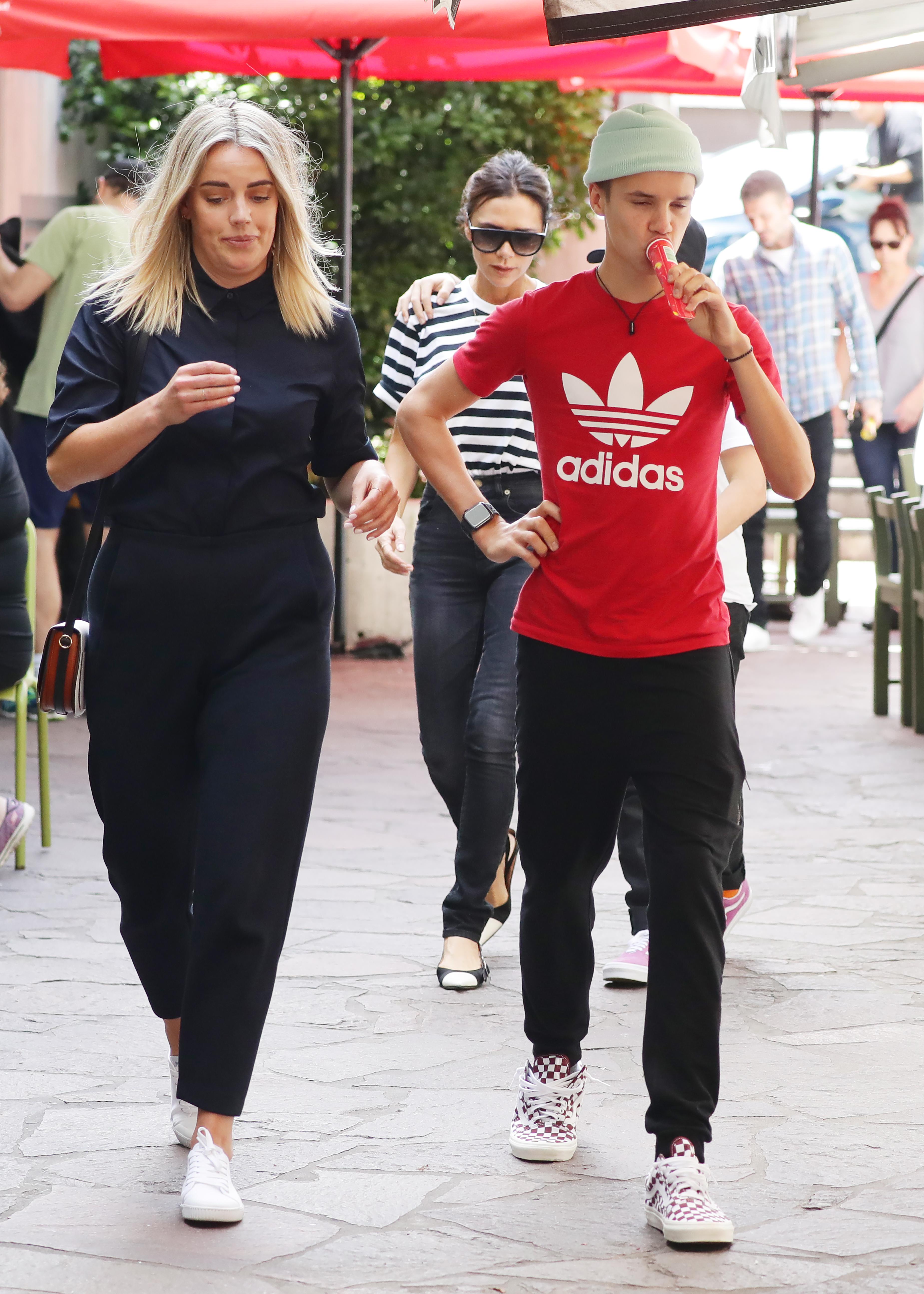 The Sun on Sunday revealed how Victoria spent two days in floods of tears after David described their marriage as “hard work” in an interview.

A pal said it was as if a “nuclear bomb had gone off” in the Beckham household following his embarrassing comments.

Victoria fled to a German stress-management clinic in the wake of her ex-footballer hubby’s ill-timed revelation.

His remarks came just four months after the couple were hit by unfounded claims that their 19-year marriage was on the rocks.

Last night friends claimed Becks, 43, is increasingly — and publicly — trying to distance himself from Posh while she tries to maintain a united front in the face of ongoing rumours.

A pal said: “When Victoria was given the heads-up on Wednesday about David’s interview, she was absolutely devastated. 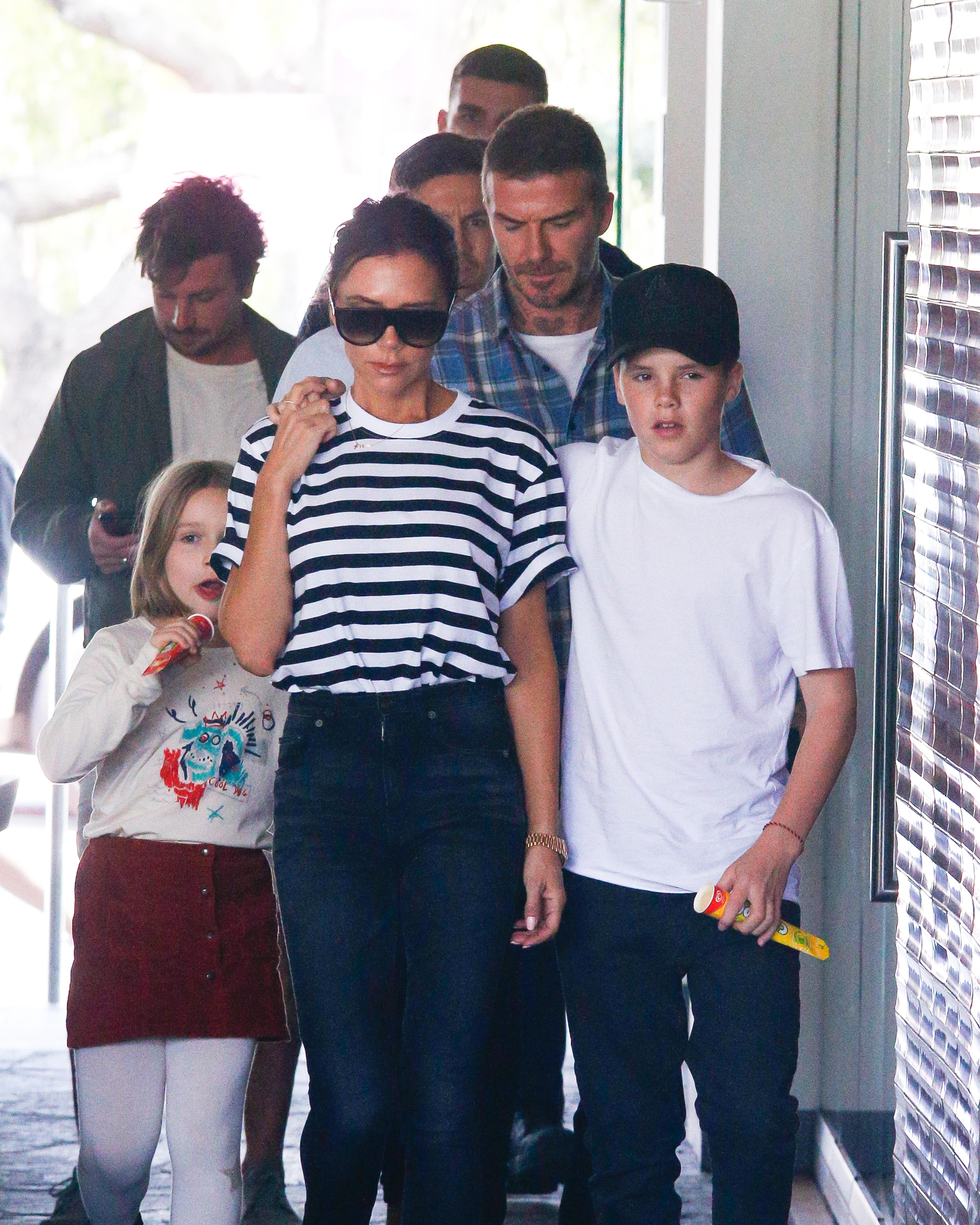 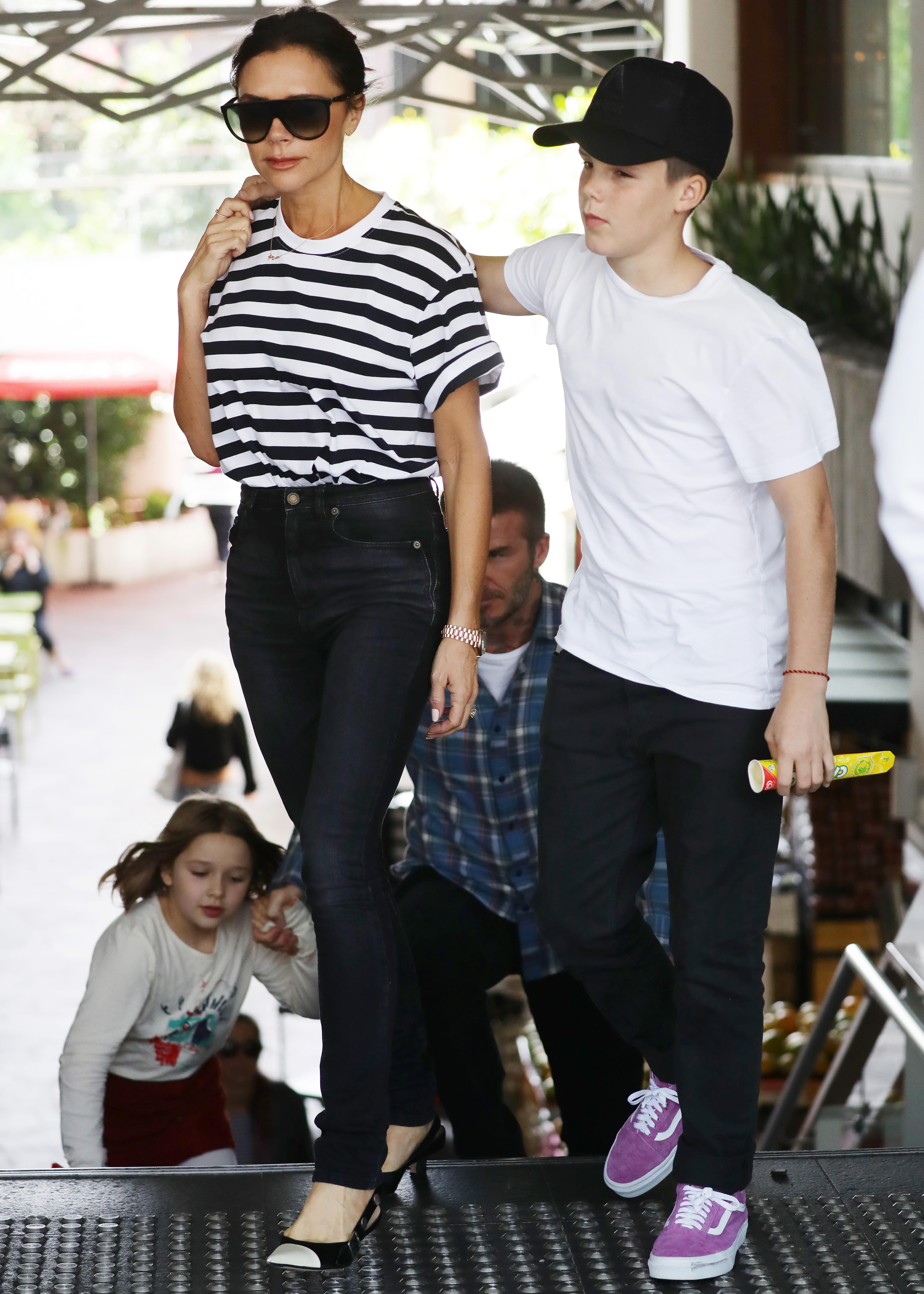 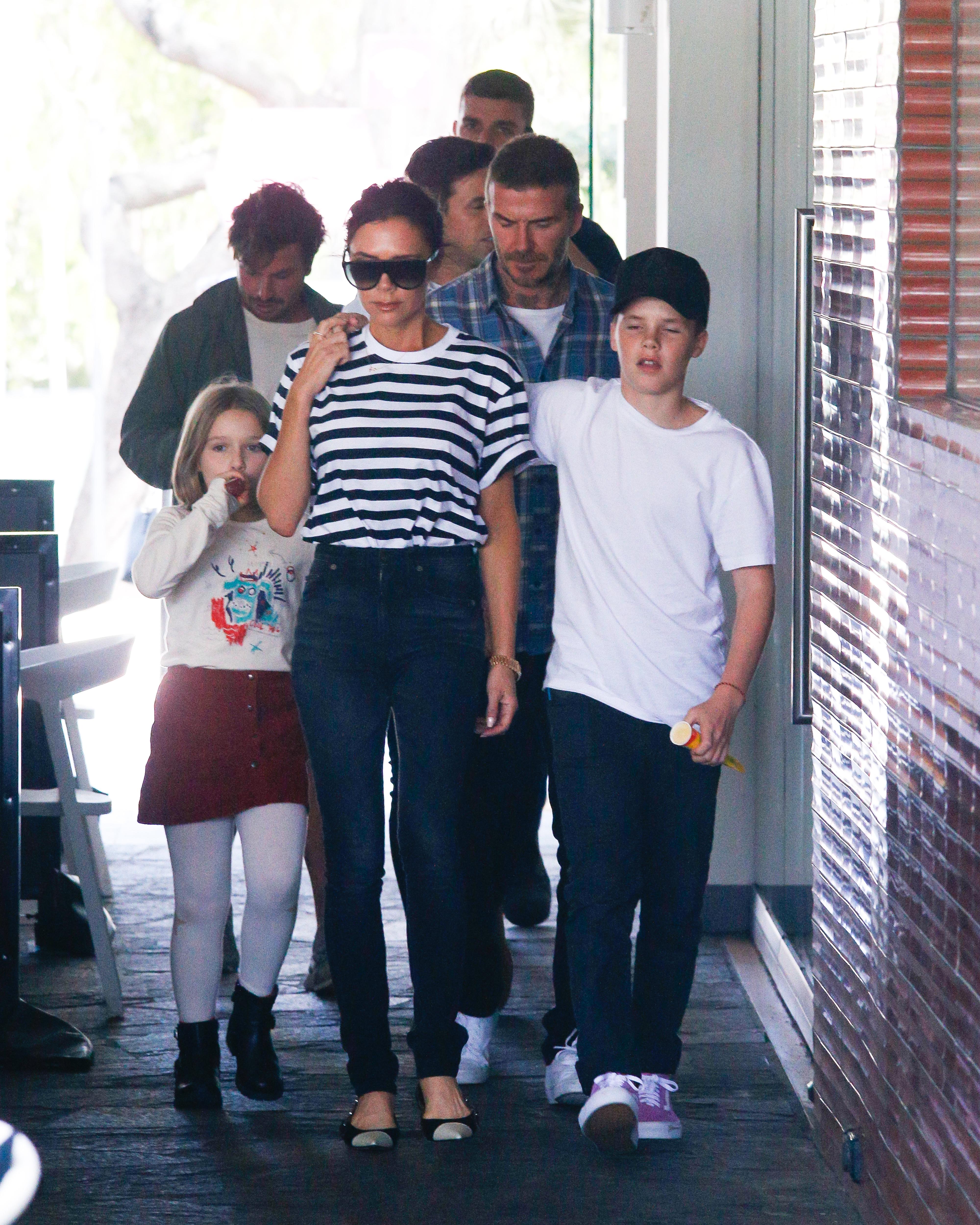 She has no idea why he would say such insensitive things and publicly embarrass her like this.

“As you can imagine, it was as if a nuclear bomb had gone off in the Beckham household when she found out.

“She was in pieces and spent the next two days crying. To say it’s not been the best of weeks is an understatement.” 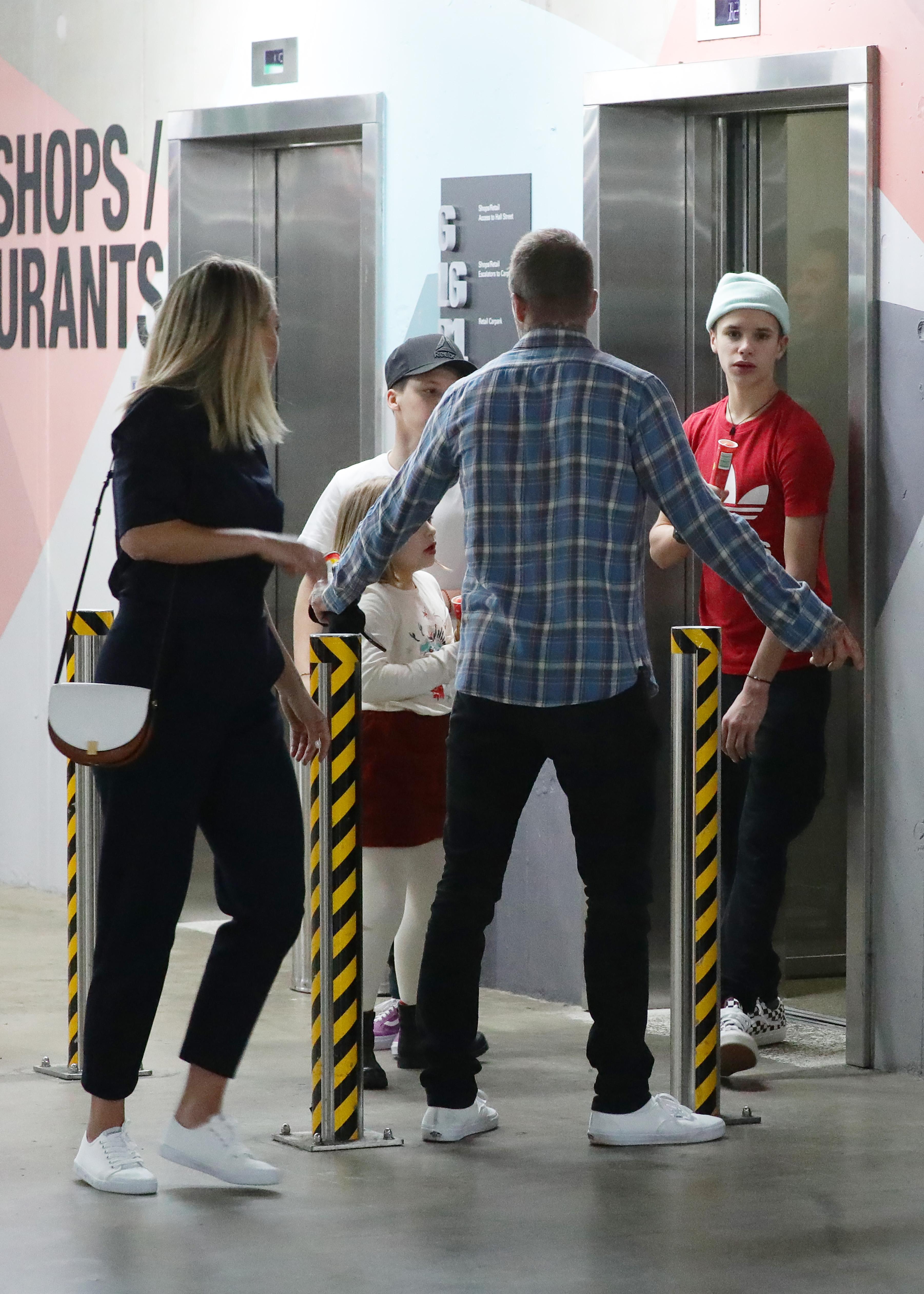 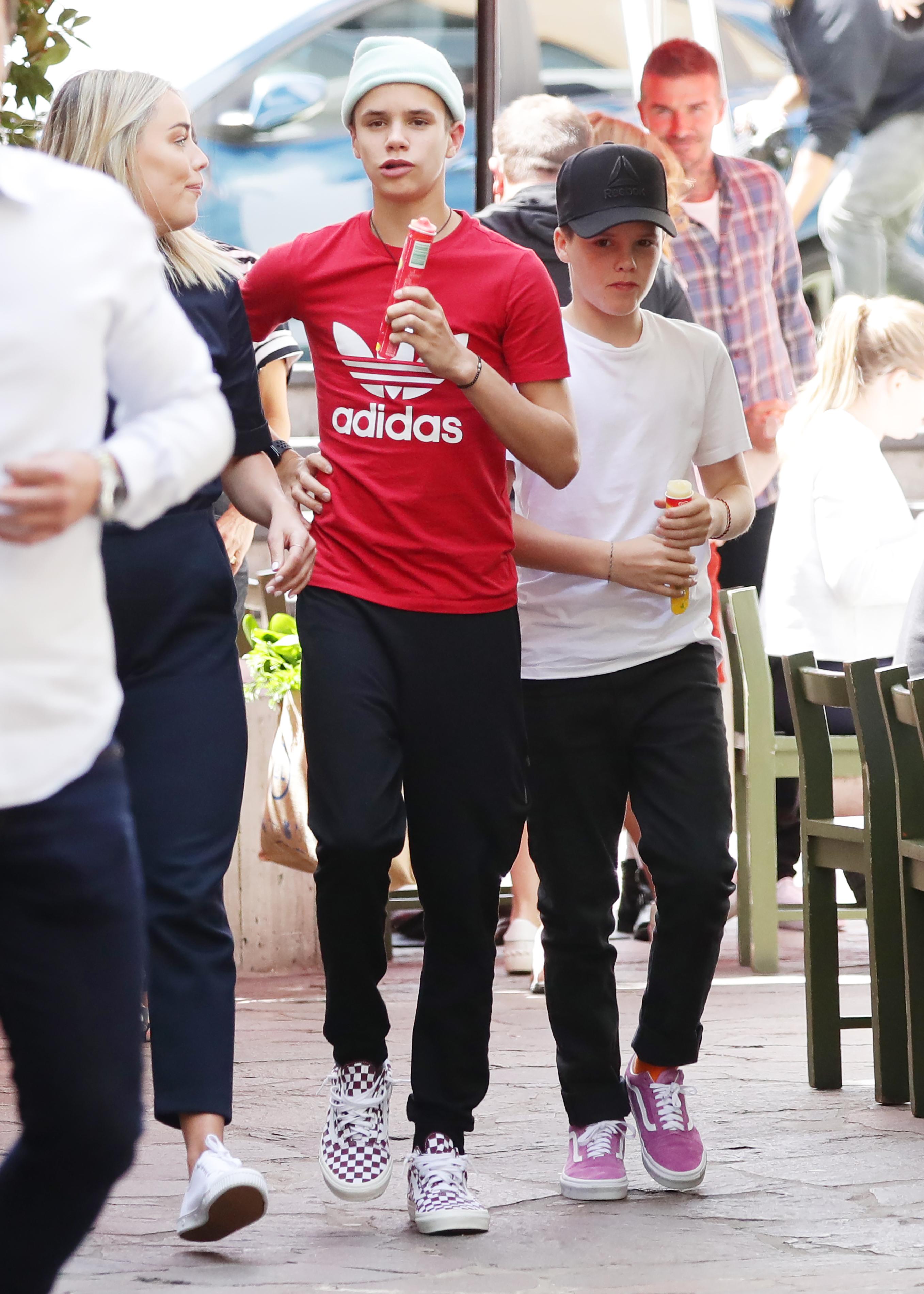 In the TV interview on Australia’s The Sunday Project, David said: “When you’ve been married for the amount of time that we have, it’s always hard work.

“It becomes a little more complicated.”

Help to Buy: Everything buyers need to know about the new scheme

DWTS Double Elimination! Who Was Sent Home During Semifinals — and Which Celebs Will Compete in the Finale?