Phillip Schofield may be well-known across the UK, having worked on TV since the 1980s, but it turns out he also made quite an impression during his first job in New Zealand with a certain star of The Boys.

On Wednesday’s This Morning, Chace Crawford and Karl Urban, two members of the cast of the gruesome Amazon superhero series, arrived in the studio to chat about season 3 with Phillip and Holly Willoughby.

After discussing the upcoming new episodes, which Billy Butcher actor Karl teased will be ‘more dynamic’ and feature a ‘musical number’, it was revealed that he was actually holding himself back from fanning out on live TV.

Holly brought up the fact that Karl, 49, used to watch Phillip, 60, when the presenter hosted Shazam! in New Zealand, after the This Morning presenter moved to the country with his family aged 19.

Having spoken about how The Boys isn’t suitable for children to watch, Holly said to Karl: ‘Talking of kids watching things, you were a kid when you were watching Phil in New Zealand on Shazam!’

As a grim emerged on Phillip’s face, Karl replied: ‘This is right. He doesn’t want me to talk about this.’ 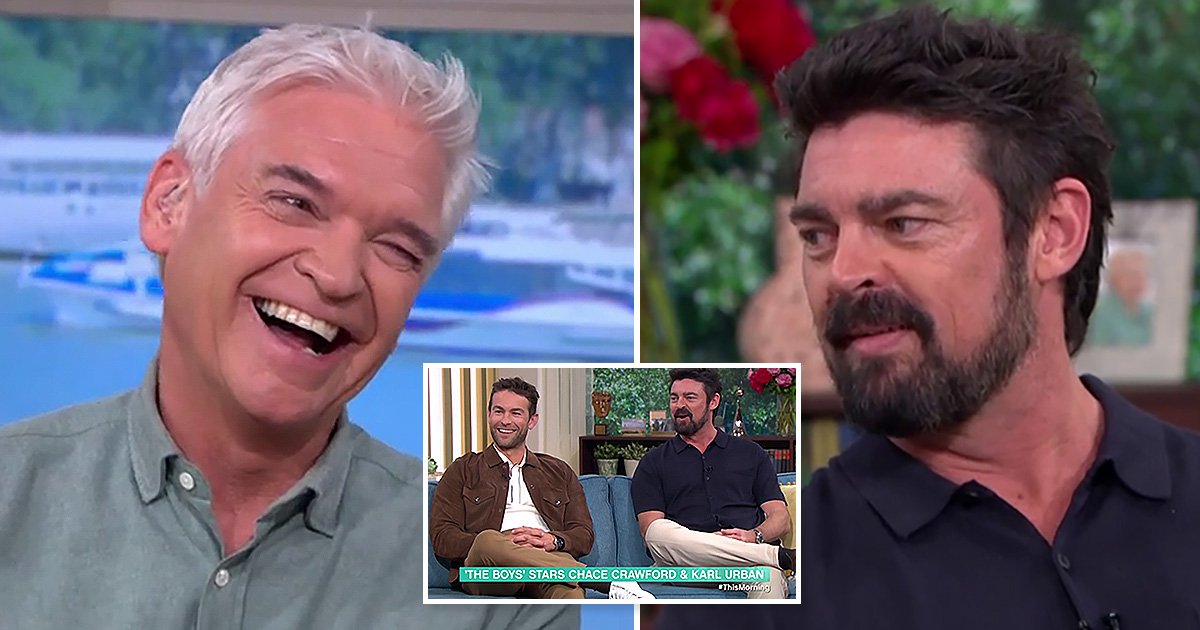 Phillip insisted that he didn’t mind his early career being brought up, as Karl revealed: ‘I’m fanning out on you at the moment.’

As the Dancing On Ice host laughed, the Thor: Ragnarok actor explained that when he was 10 years old, he used to watch Shazam!, which he explained to Chace was ‘a music video thing’, before the age of ‘interweb’.

‘That was quite a long time ago. That’s where I started, that’s where it all started. It’s Shazam!’s fault,’ Phillip remarked, expressing how much he loves New Zealand.

The third season of The Boys is soon due to be released, with Black Noir actor Nathan Mitchell telling Metro.co.uk that the stakes are going to get higher.

‘Danger will be waiting around every corner with higher and greater consequences,’ he added ominously.

Meanwhile, Supernatural star Jensen Ackles has joined the cast as a new superhero called Soldier Boy, who boasts an intriguing backstory in the original graphic novels.

This Morning airs weekdays from 10am on ITV. The Boys season 3 premieres on Friday June 3 on Amazon Prime Video.

Oppo Find X2 could deliver where the Galaxy S20 failed