One of the most unexpected moments of last night’s (September 20) The Circle wasn’t when Jennifer’s catfishing skills were exposed, but when the reality series suffered a technical glitch.

In yesterday’s episode, viewers were left puzzled when the broadcast threw a temporary wobble, covering up what player Genelle was saying at the time.

Fortunately, Channel 4 is on hand to clear things up for us with endearing honesty – and absolutely no poetic licence at all.

Apologising to fans, the channel wrote on Twitter: “Sorry about that tiny glitch during #TheCircle. I can exclusively reveal what Genelle said…

“‘I think the person doing channel 4’s Social Media tonight should get a pay rise.’ Well, unexpected, but there you go!”

In equally surprising news, The Circle introduced its latest participant yesterday, 22-year old care worker Sinead. Or at least, that’s who she is to viewers.

To the other contestants of the Big Brother x Black Mirror reality series, Sinead is actually a 65-year-old antiques dealer called Christopher. 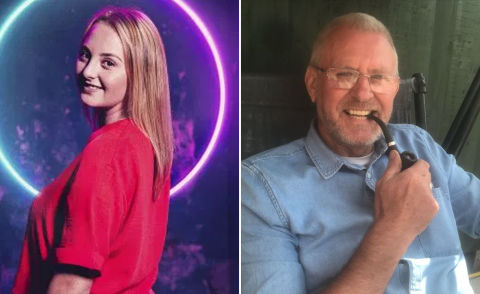 Why? Because “everyone loves old people”, of course.

The Circle continues tonight (September 21) at 10pm on Channel 4.