Home » TV & Movies » The End of the F***ing World season 2: Plot, cast, release date and everything you need to know

Warning: Contains spoilers for season one.

Channel 4 and Netflix’s excellent dark comedy The End of the F***ing World may not have made much of an impact on Channel 4’s streaming service All4, but appeared to hit a wider audience on Netflix.

Based on the comic book series by Charles Forsman, the series follows two teen outsiders James and Alyssa – played by rising British stars Alex Lawther (Black Mirror) and Jessica Barden (Penny Dreadful) – as they embark on a road trip to find Alyssa’s father, with Alyssa unaware that James plans to kill her.

While a second season has yet to be confirmed (Lawther said he was still “crossing [his] fingers” as of March 2018), there is definitely scope for one, so we’ve rounded up what we know so far.

The End of the F***ing World season 2 release date: When’s it coming?

Having started shooting in April 2017, the first season premiered on Channel 4 on October 24, 2017, with the whole season being released on All4 after the first episode aired. 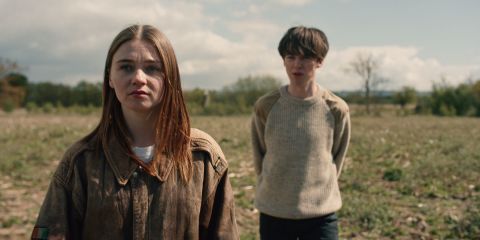 There wouldn’t be a show without Lawther and Barden coming back as James and Alyssa, so season two will definitely feature them. 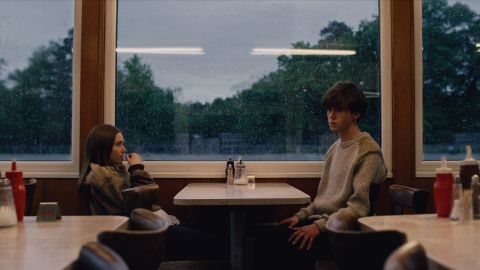 Away from the lead pairing, the most likely returning characters from the first season would be James’s father Phil (Steve Oram), Alyssa’s mum Gwen (Christine Bottomley) and Alyssa’s sleazy stepfather Tony (Navin Chowdhry).

We imagine Gemma Whelan and Wunmi Mosaku would also be back as DC Eunice Noon and her partner DC Teri Donoghue, respectively, unless James and Alyssa have somehow managed to successfully avoid capture, despite being cornered at a beach in the season finale. 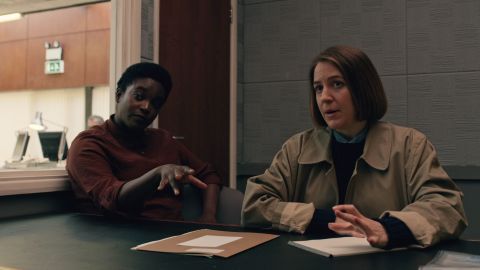 During their road trip to find Alyssa’s father (who turned out to be a worthless scrounger), James and Alyssa took a break in a house that they thought was unoccupied for a while.

Unfortunately, the owner came back to interrupt their fun and what’s worse, he turned out to be a serial killer who attacked Alyssa, only for James to protect her by killing him. It was this murder that saw them on the run, and after Alyssa’s father had told the police where they were, DC Noon caught up with them. 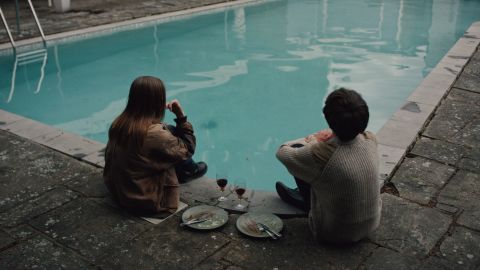 James confessed to everything and said that Alyssa had nothing to do with it, but Alyssa tried to stop him by knocking out DC Noon and running away with him. However, James hit Alyssa to stop her running away and as he made his escape across the beach, we heard a gunshot as it cut to black.

If The End of the F***ing World isn’t getting a second season, it’s safe to assume that he just got shot and died, but if Netflix and Channel 4 wanted to bring it back, it’d be easy to explain away that he just got wounded and captured.

Interestingly, the ending as originally shot “left it more unlikely that James was alive” according to Lawther, so clearly it was recut with an eye on possibly continuing the story. “I really like [the chosen ending] because it means we can do a second season,” he added. 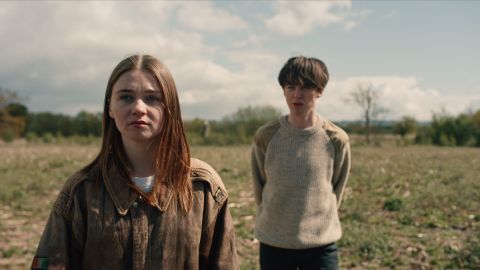 Whether this would mean that season two takes place in prison or there’s a time-jump of sorts (Lawther and Barden are both older in real life than their characters) remains to be seen, especially as the first season largely followed the comic book series it was based on so there’s no established plot to follow.

Lawther hasn’t ruled out a season two though as it’ll give writer Charlie Covell the chance to make the show her own. “It would give [her]…a chance to explore something from her imagination. I would be very excited about [that] because I think she’s brilliant,” he explained.

He’s also revealed his dream opening to a second season: “Jess [Barden] used to talk about… there are some themes in series one where we’re on the beach, and everything’s coming to an end.

“She was saying how she would like the second series to start with a musical on the beach — taking a role in a musical version of The End of the F***ing World, which I would be completely up for!

“I’m not sure how Charlie [Covell, series writer] will take that, but we’re going to push that idea as far as we can.” 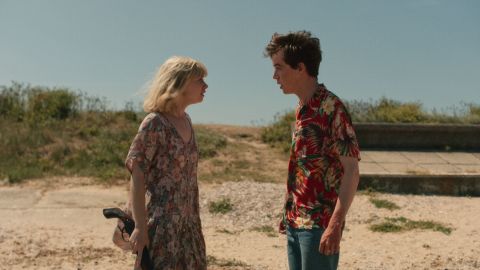 Creator Jonathan Entwistle is definitely up for more episodes too. “I guess I kind of want to know what happens as well, right? Just as much as anybody else does,” he told EW. “So, I guess it’s kind of open — and it’s not necessarily up to me, either.”

He later told Thrillist that it’s important any second run keeps the show “fresh and exciting” and features James and Alyssa “somehow”: “I just love the world of them out there on the road, doing something in a weird world. So for me, any story that we expand keeps them out there somewhere.”

Barden has also weighed in on what a potential season two could be about. “Alyssa and James should be famous in the second series from doing a murder,” she told Vanity Fair, with Covell adding: “Jess thinks that they should do something sort of RuPaul-related. I think she wants to channel Liza Minnelli into Alyssa in season two, which would work very well.”

The End of the F***ing World season 2 trailer: When can we expect it?

It was a week before its Channel 4 premiere that the first trailer landed, so it will be a while before we see anything from season two, but Netflix is fond of a teaser announcement so there could be one of them if it’s confirmed.