Home » TV & Movies » The Expanse Season 4 release date, teasers and trailers, cast updates, plot and everything else you need to know 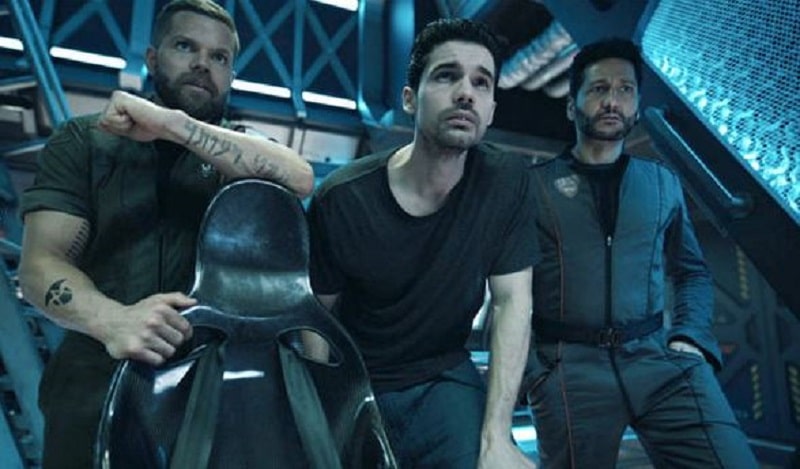 Syfy’s announcement that it was canceling The Expanse after the conclusion of Season 3 sent shockwaves through the fandom. Fans were thrilled when Amazon announced it was renewing the popular sci-fi series The Expanse for Season 4 after Syfy let the show go.

The uproar that followed Syfy’s initial cancelation sparked a campaign to save the series. Shocked and utterly devastated fans launched an online petition that gathered more than 130,000 signatures and began lobbying Amazon studios and Netflix to pick up the series.

A crowd-funding campaign was also launched to pay for an airplane to fly a banner with the message “#SaveTheExpense” over Amazon Studio’s Santa Monica Headquarters. Celebrities, such as George RR Martin, astronaut Andreas Mogensen, Wil Wheaton, and Patton Oswalt openly supported the campaign.

Everyone heaved a sigh of relief when, less than two weeks after Syfy’s shocking announcement, Amazon responded to the huge public outpouring. Amazon stepped up to the plate by picking up the series for Season 4 on Amazon Prime.

Jubilation spread on social media after CEO Jeff Bezos announced on Friday, May 25, at the National Space Society’s International Space Development Conference held in Los Angeles that Amazon was renewing The Expanse for Season 4.

At the conference attended by The Expanse cast and production crew, Bezos announced that Amazon had closed a deal with the production company Alcon Entertainment to revive the space drama series for Season 4.

Syfy’s cancelation of the series forced Alcon Entertainment, which financed and produced the series, to announce it was looking for other channels to distribute future seasons of the series, and Amazon, which holds the streaming rights for Seasons 1 and 2, had always been the obvious alternate home for The Expanse.

Syfy’s decision not to purchase the rights for future seasons of The Expanse was reportedly due to lower ratings in Season 3 compared with Season 2. The network had only first-run linear rights to air the show in the U.S., so it was not benefiting financially from digital/streaming rights. 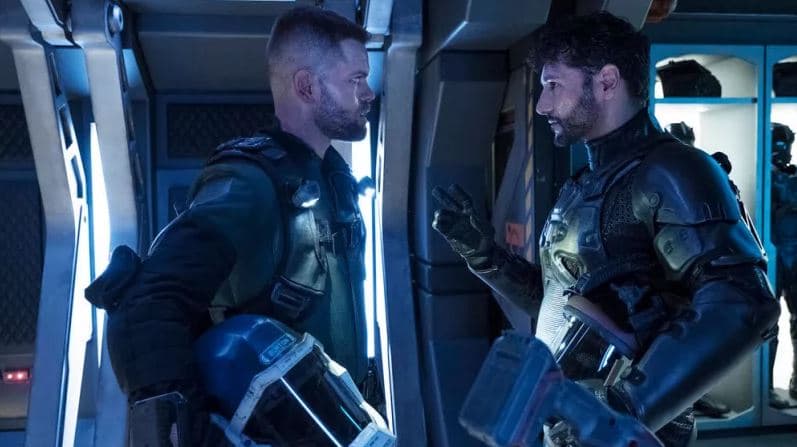 The cast of the series acknowledged the effort of dedicated fans by taking to social media to express their gratitude. At the July 2018 San Diego Comic-Con panel for the series (Amazon Prime Video showrunners panel), the cast and crew presented  a special thank you message to fans, supporters, and everyone who had worked to keep the show from falling into oblivion

“Without the fans, I would not be sitting here,” Shankar said during the Comic-Con panel. “It was a really amazing grassroots effort. It just popped up… We didn’t put it in motion.”

Amazon’s decision to step in and save the beloved series was very likely influenced by the fact that CEO Bezos is a big fan of the best-selling book series.

Production of The Expanse Season 4 is currently underway and while we eagerly await the announcement of the premiere date for the new season, we give fans a behind-the-scenes look at the ongoing production.

We also fill you in on everything else you’ve wanted to know about the upcoming revival, including premiere date, trailers, cast, plot and the latest Season 4 news. 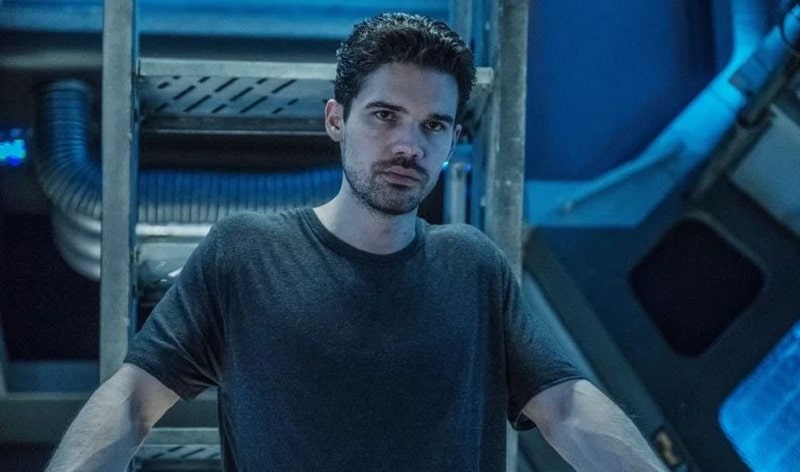 Amazon has not yet announced an official premiere date for The Expanse Season 4, but it has revealed that it will debut on Amazon Prime Video in 2019 (U.S.).

Cas Anvar, who portrays Alex, also shared during the 2018 San Diego Comic-Con that production of The Expanse Season 4 would begin in September.

Based on the observation that each past season premiere has fallen about a year after the most recent season finale, fans are speculating that if Amazon follows Syfy’s production timeline, the new season will premiere in June 2019.

However, since Amazon does not have to follow a regular TV schedule like Syfy, the premiere date may come earlier or later.

We will update readers once Amazon officially announces the release date for The Expanse Season 4. 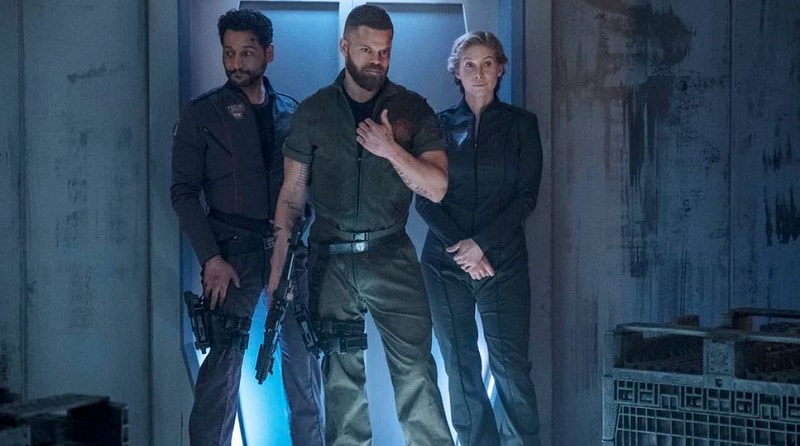 Amazon’s deal with Alcon allows The Expanse to keep its original creative team. So we can expect that the show will maintain creative consistency in the transition from Syfy to Amazon Prime.

The Expanse is based on the best-selling book series by James S.A. Corey, the pen name adopted by authors Daniel Abraham and Ty Franck, who have also served as writers and producers for the TV series.

The pilot for the series was directed by Terry McDonough.

The TV series is set in a fictional future in which mankind has fully colonized the solar system. The system is at the brink of war between the powers, Earth, Mars and the Asteroid Belt.

The storyline follows the adventures of the captain of the spaceship Rocinante Jim Holden (Steven Strait), the United Nations executive Chrisjen Avasarala (Shohreh Aghdashloo), and detective Josephus Miller (Thomas Jane), as they work to save the Solar System from threats to peace and the survival of mankind.

The Expanse Season 4 will be based on the fourth novel by James S.A. Corey titled Cibola Burn, first released in 2014. Season 4 will also, reportedly, incorporate plot points from Abaddon’s Gate, the third book of the series.

No episode titles for The Expanse Season 4 have been released. However, it is possible that Season 4 will stick to the practice of naming the season finale after the book in the James Corey series on which the season is based. This could mean that the finale episode of the upcoming season will be titled Cibola Burn.

The Expanse Season 4 teasers and trailers 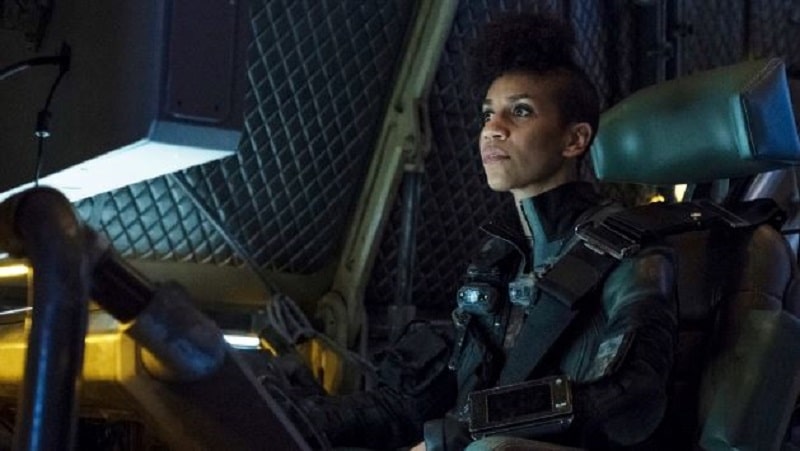 In October 2018, Amazon Prime Video offered fans a behind-the-scenes look at the upcoming The Expanse Season 4. The video shows members of the cast of The Expanse, who were unable to attend the 2018 New York Comic-Con early in October because they were filming, showing off their film sets and concept art.

Amazon has not yet released a trailer for The Expanse Season 4. We will update fans as soon as an official trailer is released for the upcoming season. 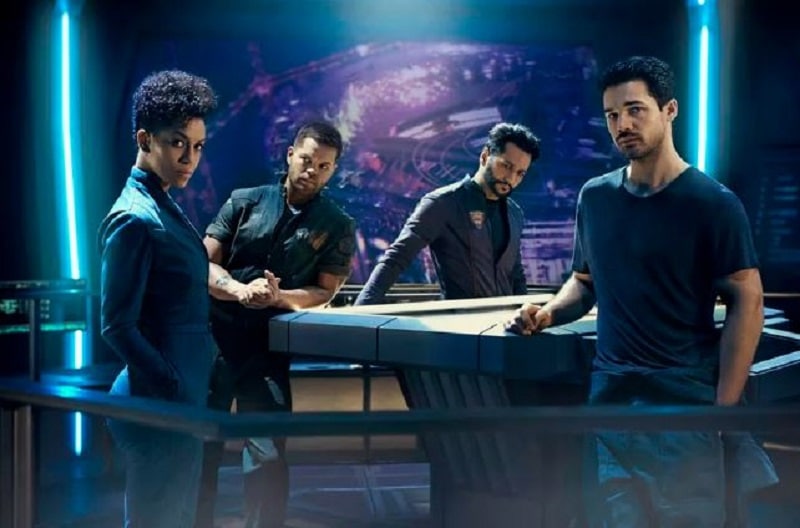 Amazon has not yet released the official cast list for The Expanse Season 4, but we already have strong hints about which members of the cast are returning for Season 4.

The main cast of The Expanse has remained largely stable during the first three seasons on Syfy, so it is expected that the core of the main cast will return for Season 4.

It is not yet clear which of the supporting and recurring cast members will return, but new casting announcements as the premiere date approaches will clear the questions. Secondary characters that fans are expecting to return for The Expanse Season 4 include the Belter Camina Drummer (captain of the OPAS Behemoth, played by Cara Gee) and Anna Volovodov (Elizabeth Mitchell).

New actors will also likely join in Season 4 to play supporting and recurring roles. The cliffhanger ending of the Season 3 finale has hinted to fans who have read the books that Season 4 could see the introduction of some new characters. 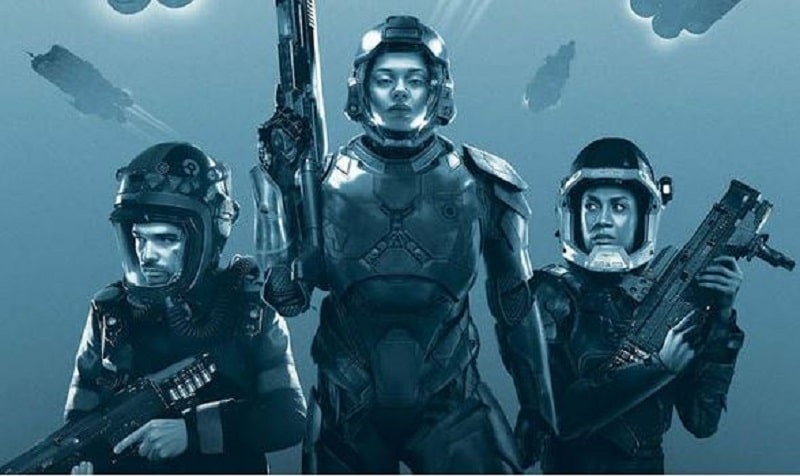 Mars in particular has emerged as a major military power.

James Holden (Steven Strait), the captain of the Rocinante (formerly captain of the ice hauler Canterbury), is involved in an incident that threatens to spark a war between Earth, Mars and the Belt. With Earth and Mars, the two major military powers in the solar system, on the brink of war, United Nations executive Chrisjen Avasarala (Shohreh Aghdashloo) works to prevent war.

The tensions provide the backdrop for the mission of Detective Josephus Miller (Thomas Jane) — a native of Ceres in the asteroid belt — to find Juliette “Julie” Andromeda Mao (Florence Faivre), who went missing mysteriously. Miller’s investigation leads across the solar system to the uncovering of a sinister conspiracy that threatens the survival of humanity.

With Amazon having renewed The Expanse for Season 4, fans are asking what to expect of the new season after the Season cliffhanger.

While the first three seasons of the TV series on Syfy covered the first three novels of the James Corey book series, The Expanse Season 4 is expected to expand on the ending of Season 3 and cover the events of the fourth novel of the series titled Cibola Burn.

The Ring featured in Season 3 is a gateway that leads to new inhabitable worlds. Season 3 ended with the discovery of hundreds of other portals, each leading to new habitable solar systems.

Fans can thus expect that The Expanse Season 4 will see the exploration of new worlds outside Earth, Mars and the Belt. The discovery of the new systems will open up new vistas for the series, beginning with Season 4.

According to Shankar, Season 4 will be a space exploration version of the Western frontier, with humanity exploring and colonizing new planets.

Cibola Burn is set in one of the first newly discovered worlds called Ilus. Ilus is the first world outside the solar system to be colonized by humans, and it quickly becomes a theater of conflict between competing human interests and alien entities.

According to Shankar, The Expanse Season 4 will be “another blood-soaked gold rush …because you’ve got an entire species and several societies that have defined themselves on the fact that the solar system is all they’ve got, that those resources are what they have. But suddenly that all changes.”

“We’re in the second big movement in the books … a new chapter in  humanity,” Shankar said. “We’re no longer constrained in the solar system. It’s how humanity deals with this vast new frontier.”

“It’s going to be more awesome,” he continued. “We no longer have the language restrictions. [We can] curse like a sailor. We don’t have the nudity restrictions… and the 4K and HDR will look amazing on Amazon.”

He also explained that there will no time limits on Amazon.

“We’re no longer constrained by a 43-minute box. We can put some air into it, let things breathe a little bit more. So we’re excited to be on Amazon Prime,” he said.

Dancing On Ice results 2020: Who left Dancing on Ice tonight?

Royals who boomed in business and those who failed