Sprinting, leaping, skidding, and defying gravity — these are just some of the moves The Flash pulls off effortlessly. But behind the scenes of The Flash, it takes a crew of pros to make the action look believable. Recently, Grant Gustin gave fans an inside look at stunt work he completed for an episode that likely won’t see the light of day until season 7. Here’s what he said about the sequence and why fans will have to wait a while to see it on The CW. 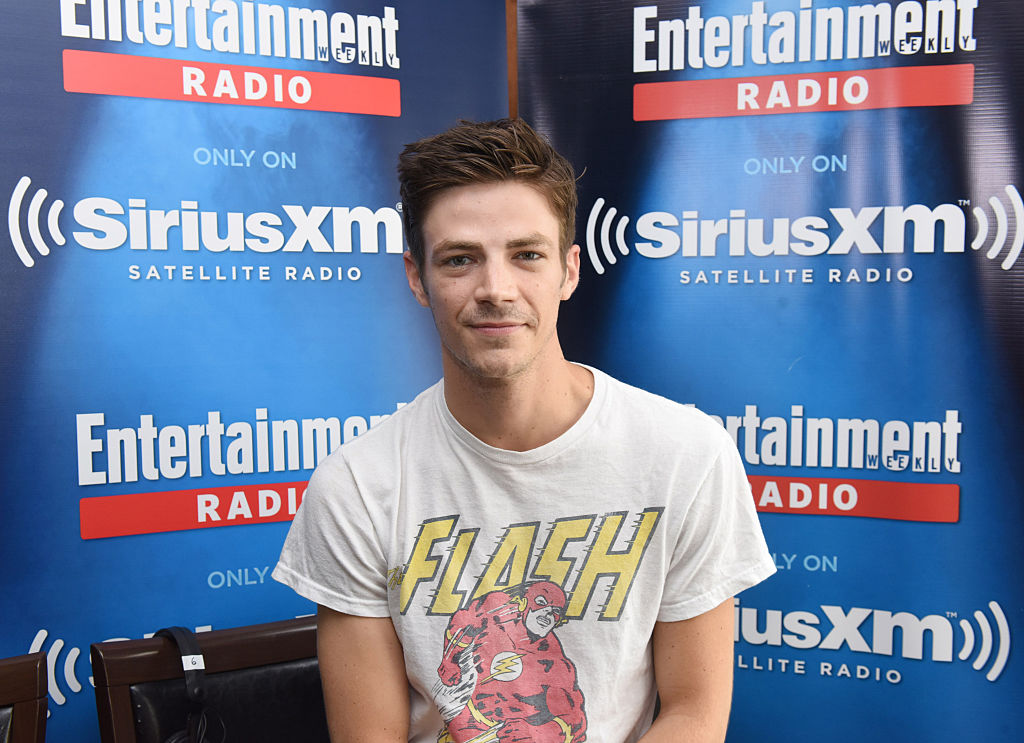 The magic of television can inspire imagination, conjureexcitement, and take the audience on a journey. While the on-cameraperformances play a huge part, the unseen crew members also do lots of heavylifting.

Behind-the-scenes stunt teams and special effectsspecialists are typically highly trained. Their work takes meticulous planningand execution, and when done well, viewers are swept away into the world of thecharacters.

From metahuman showdowns to CCPD shoot-outs, the production crewmembers behind The Flash are tasked with seamlessly executing stunts andspecial effects in virtually every episode of the show. And Gustin just gavefans a peek of how one stunt looked before the production crew handed it overto the post-production team.

Standing up for what's right. Stream free on The CW App: Link in bio. #TheFlash #BTS

On Instagram, Gustin shared an on-set video of stunt work he performed for The Flash. In the video, the actor is dressed in the red super-suit and attached to a safety wire that is rigged to the top of the studio.

The soundstage is outfitted with a green wall and ramp,which is ideal for the special effects team. During the post-production phase,the effects pros will insert the rest of the scene around Gustin, and the greenstudio will make it easier for them to separate him from the background.

For the stunt, Gustin jogs along the top of the ramp, slidesdown on his knee, turns his body, then makes a throwing motion as he is liftedinto the air by the safety wire. The camera swoops around to capture the action,and the director says, “cut.”

Here’s a further behind the scenes look at a sequence I teased with a picture right before the shut down. Sadly, I don’t think we’ll get the episode with this sequence this season because we couldn’t finish this episode before the shut down. Hopefully we’ll get it at the beginning of next season, because I had a lot of fun with it, and the stunt department and camera department killed it. Thought a little glimpse could be enough for now maybe. Enjoy tonight’s episode!! 4 episodes left!

Unfortunately, fans will likely have to wait until season 7 to see the final product. In Gustin’s Instagram post, he noted that the production shutdown — caused by the coronavirus (COVID-19) pandemic — prevented the cast and crew from finishing the episode in which this stunt is meant to air. In the caption, he wrote:

Here’s a further behind-the-scenes look at a sequence I teased with a picture right before the shutdown. Sadly, I don’t think we’ll get the episode with this sequence this season because we couldn’t finish this episode before the shutdown. Hopefully, we’ll get it at the beginning of next season, because I had a lot of fun with it, and the stunt department and camera department killed it. Thought a little glimpse could be enough for now, maybe.

Gustin revealed to TV Line that due to the shutdown, The Flash Season 6 will consist of only 19 episodes (as opposed to the average of 23 episodes per season). Hopefully, the ending will still answer at least a few burning questions. The Flash airs on Tuesdays at 8 on The CW.

Matthew Rhys: Keri Russell Would Have Punched Me 'Clean in the Mouth' for Emmys Proposal