The Golden Girls, a series about four retired roommates living and loving in Miami, was a runaway success in the 1980s and early 1990s. The Golden Girls spinoff,  The Golden Palace, wasn’t nearly as beloved, though. The spinoff, which picked up where The Golden Girls left off, followed Rose Nylund, Blanche Devereaux, and Sophia Petrillo as they embarked on a journey to become the owners of a boutique hotel. While the premise could have been interesting, it ultimately fell flat. The show is largely considered a failure, but fans of the series were never entirely opposed to the idea of a spinoff. In fact, there are three other spinoff ideas that they would have happily watched instead of The Golden Palace.

Fans would have watched Blanche and Sophia adjust to life in St. Olaf in a ‘The Golden Girls’ spinoff

Rose’s fictional hometown of St. Olaf became an important element of The Golden Girls. In fact, some of the show’s best moments included Rose telling a wild tale about growing up in the isolated farm town in Minnesota. St. Olaf became a character in and of itself. Because of that, fans think the show’s producers missed a golden opportunity. 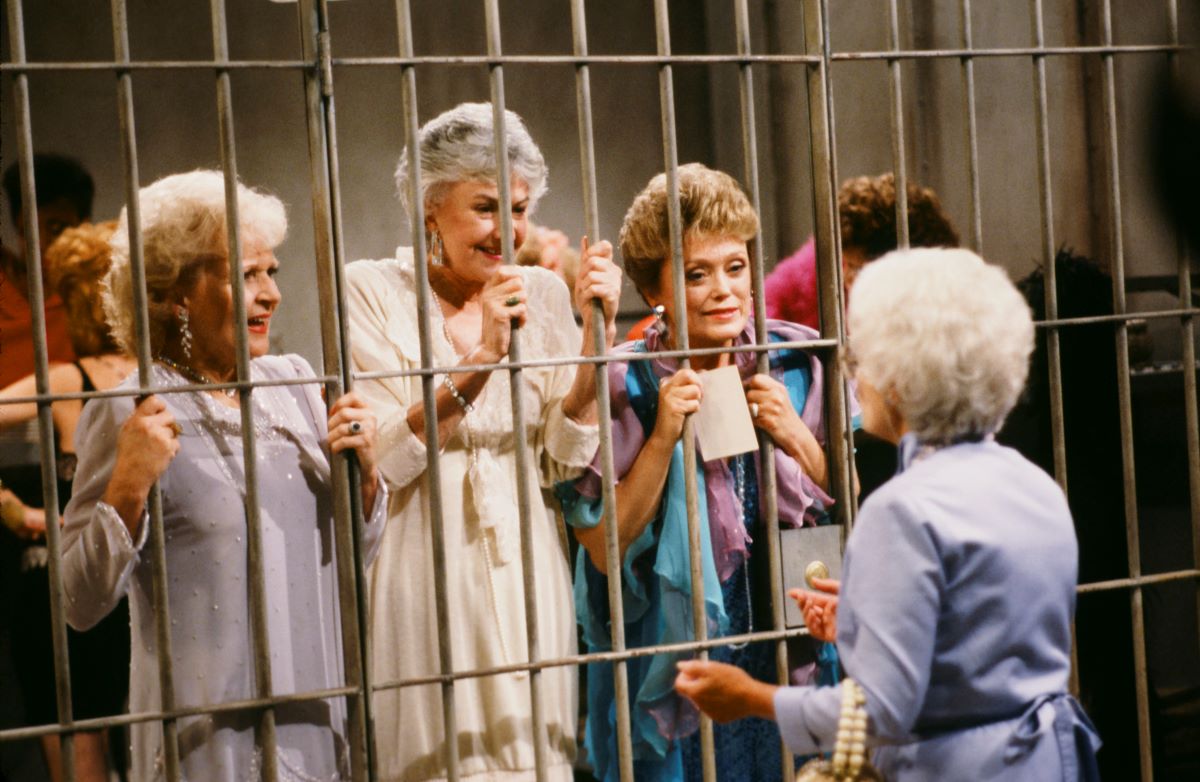 Instead of setting the spinoff in Florida, fans would have liked to see Rose and Blanche acclimate to life in St. Olaf, with Rose and all of the town’s zany characters. After all, it would have been interesting to see all of the people Rose described during The Golden Girls’ seven-season run in action. Fans argue that the show’s producers could have even included the hotel premise. They think a new setting that was still familiar to fans could have made the show more interesting.

Stan and Dorothy’s early life together in New York could have been intriguing, too

Stan Zbornak and Dorothy Zbornak didn’t exactly have a romance for the ages. The duo married young when Dorothy found out she was pregnant. After decades of marriage, they parted ways when Stan cheated with a flight attendant he met. While the couple was divorced, Stan was never in short supply, and hints of their early life together were sprinkled throughout The Golden Girls.

Fans of the series were always intrigued by their relationship. A spinoff that acted as a prequel could have worked. Instead of following Rose, Blanche, and Sophia in Miami, a spinoff that showed Stan and Dorothy’s early marriage and life in New York would have been a fitting way to continue the story. Sophia and Sal Petrillo could have been included, too. Fans would have loved to see Bea Arthur or Estelle Getty do voiceovers, similar to how Jim Parsons does the voiceovers of Young Sheldon.

The finale of The Golden Girls found Dorothy moving to Georgia with her new husband, Lucas Hollingsworth. Lucas was Blanche’s uncle. While Blanche was initially horrified by the notion of Dorothy and Lucas getting together, she eventually settled into the idea. Sophia was originally slated to travel with Lucas and Dorothy to Hollingsworth Manor to live with them. Instead, she decided to stay behind with Blanche and Rose. The finale of The Golden Girls backed into the premise of The Golden Palace.

Fans of the series have long wondered if The Golden Girls spinoff would have been more successful if Sophia had followed Lucas and Dorothy to Georgia. In this version of the spinoff, the cameras would have followed Dorothy, Sophia, and Lucas as they figured out how to live together. Blanche could have made regular appearances, too.

The best Android phones you can buy right now