The dystopian series based on Margaret Atwood’s iconic novel has already offered a bleak glimpse at an alternative future. With season four of The Handmaid’s Tale coming back to Hulu soon, some fans have suggested June (played by Elisabeth Moss) will make even more shocking discoveries in the upcoming episodes.

New episodes of The Handmaid’s Tale have currently been put on hold due to filming being interrupted by the outbreak of coronavirus.

With the lockdown postponing filming and post-production on major television dramas across the United States, now has been the perfect time to catch up on Hulu’s prestige series.

Adapting Margaret Atwood’s acclaimed novel of the same name, The Handmaid’s Tale imagines an alternative world where the US has been taken over by an oppressive regime known as Gilead.

As the globe struggles against a fertility crisis, women who are able to carry children are forced into slavery and impregnated by their Commanders. 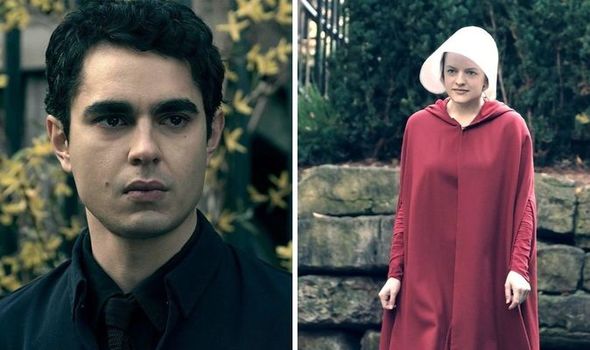 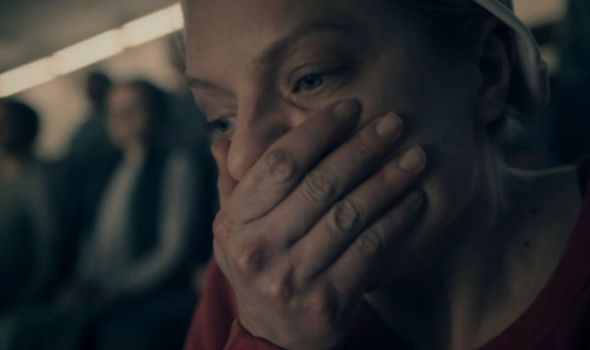 Former driver for Commander Waterford (Joseph Fiennes), Nick Blaine (Max Minghella) has struggled to justify his position in the regime, but was made a Commander himself at the beginning of season three.

Nick is the former lover of the series’ protagonist June, as well as the mother of her daughter, currently safe in Canada.

Devoted to keeping June safe, Nick has demonstrated he has more capacity for good than the majority of male characters throughout the series, especially when he struggles to come to terms with being given an incredibly young new wife in season two.

However, some fans have speculated Nick may have more to do with the foundation of Gilead than he lets on, as one viewer looked back to a key moment in the second season’s premiere. 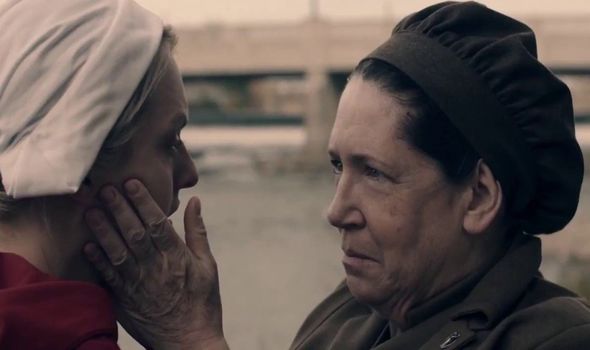 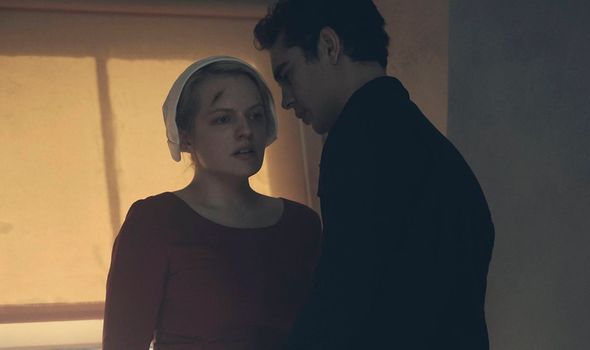 They took to Reddit to propose Nick could have been behind the devastating attacks in Washington hinted at in a key flashback scene.

Redditor ApocCookbook posted: “June finds out that Nick was the gunman mentioned on the news during Season 2 Episode 1 (when she picked up Hannah from the hospital).”

A touching sequence in the season two premiere follows June pre-Gilead picking up her first daughter, Hannah, when she suffers a fever in school.

Seemingly a sweet moment of insight into June’s life before she became a handmaid, the flashback scene slowly begins to sow the seeds for the chaos about to take place.

June arrives home with her husband Luke (O.T. Fagbenle) to discover an attack on the White House and Capitol Building in Washington DC unfolding live on television.

Another fan added more fuel to the discussion and added: “I know this is an unpopular opinion, but I hate Nick. He’s the worst imo, and he helped to create Gilead, I don’t think he’ll want to take it down.”

Aside from his interior conflict throughout the series, not much is known about Nick or what his life was like before Gilead began its takeover of America.

Moreover, some fans were left disappointed by season three when Nick was given a reduced role, despite his promotion to Commander having major potential for more exciting conflict between him and June.

After only appearing briefly in the third season, several theories have already suggested Nick will come back into play in a major way when the series does eventually return for season four.

Much like June and Aunt Lydia (Ann Dowd), Nick could finally be given a revealing flashback episode in the next instalment and fans can finally find out what the new Commander’s life was like before Gilead.

With filming on hold until the lockdown restrictions are lifted, fans may be waiting some time to discover the secrets The Handmaid’s Tale still has up its sleeve.

The Handmaid’s Tale season 3 is now available to stream on Hulu.

Winter can get expensive. Here’s how to avoid overspending

'NCIS': Cote de Pablo and Mark Harmon Have the Cutest Nicknames for Each Other