Home » TV & Movies » ‘The Harder They Fall’s Edi Gathegi: Black Cowboys Have ‘Been Erased’ From History — Until Now

‘The Harder They Fall’ is among Netflix’s most-watched movies at the moment. HL spoke EXCLUSIVELY with star Edi Gathegi about why this movie is so important, his character being the ‘protector,’ and more.

The Harder They Fall has been one of the most highly-anticipated movies of the year, and now it’s out for the world to see. Edi Gathegi is among the star-studded cast and plays Bill Pickett, a member of Nat Love’s gang. HollywoodLife spoke EXCLUSIVELY with Edi about the importance of this all-Black Western.

“The thing that a lot of people don’t realize, and that’s the tragedy of our education in this country with regards to history and race, is one in four cowboys were Black,” Edi told HollywoodLife. “We were definitely there. We’ve just been erased. We’re just been left out of the reality of what was going on during that time period, so I’m really happy that we’re finally at a place in society where we can start to begin the process of righting those wrongs, just in terms of reflecting that representation in our cinema, because we have been systematically left out. So it’s really wonderful to be a part of a movie that is continuing the conversation.” 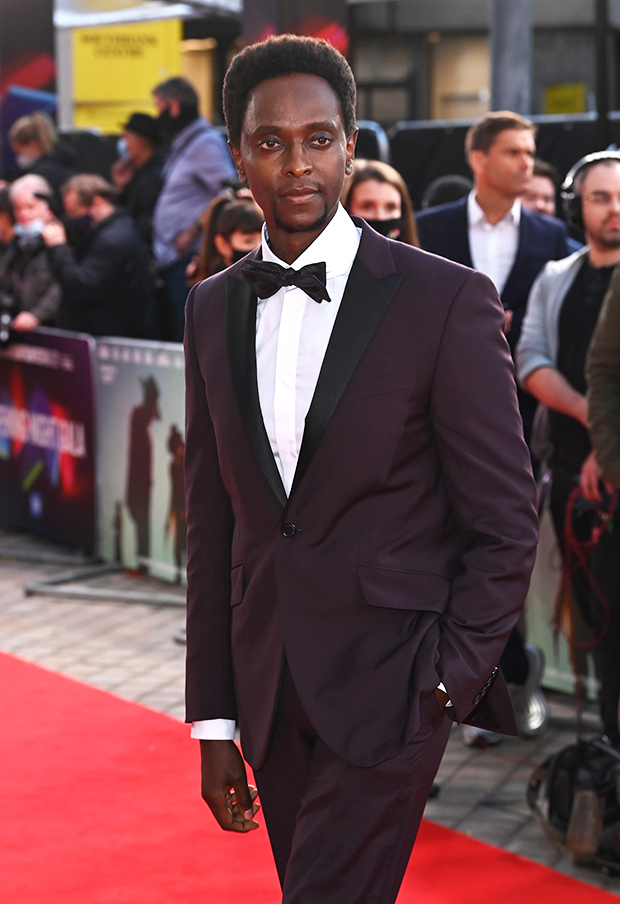 In the Western, outlaw Nat Love finds out that his enemy, Rufus Buck, is being released from prison. Nat decides to reunite his gang to track Rufus down and get revenge. Bill Pickett goes along for the ride.

“This is a classic good guy versus bad guy cowboy tale,” Edi explained. “Bill Pickett is part of the good guy crew. What’s really fascinating about this script, in particular, is there are historical characters that existed, and they’ve been repurposed to tell this tale. So it’s a fictional tale but a hybrid or conglomeration of real historical figures, which makes it really interesting and gives the actors a lot of room to pull from the real characters while still building something new.”

As for how Bill fits into Nat Love’s gang, Edi said, “Bill is sort of the big brother. Bill protects the crew. He watches their six. He’s the eagle eye crew. He’s paying attention to all the threats. He’s the protector. He’s that guy.”

For his role in The Harder They Fall, Edi had to go through “cowboy camp” in order to be prepared to play Bill Pickett. “The cute thing is that every actor will tell you on their resume they all can juggle, they ride horses, they all speak 15 languages,” Edi said. “None of that is true, myself included. The job actually gave me horse riding lessons, so now I have it on my resume and it’s the truth. That was one of the most fun aspects of this film was learning how to ride horses in what we were calling cowboy camp — horse riding lessons and weapons training. It was really essential because that’s the world they’re living in the story so we were in months of training. I always love projects that have the resources to teach us new lessons because now I’ve become a big fan of riding horses.” 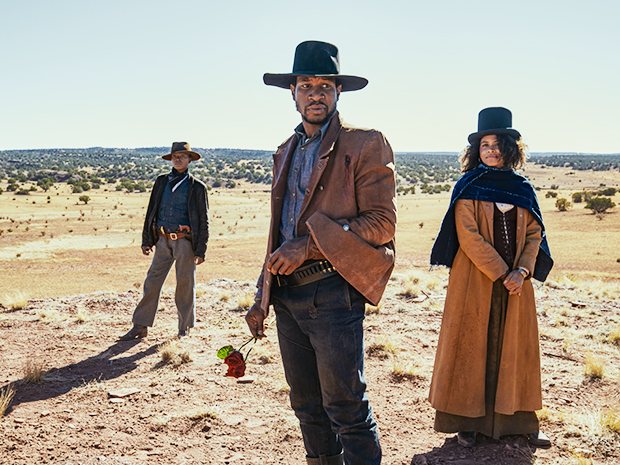 In addition to Edi, the cast also includes Regina King, Jonathan Majors, Idris Elba, Zazie Beetz, and more. “The cast alone is a great selling point when it comes to deciding whether or not you’re going to be a part of a moment like this. There’s a reason why everybody knows a lot of these actors’ names and their work. They’re professionals and really at the top of their game. I love watching Regina work. R.J. [Cyler] and I play characters that are pretty much brothers by blood but by bond. He, by extension, became a little brother to me. This cast is amazing and the talent is next level.”

Anna Wintour and Bee Shaffer wow at the Met Gala