The Irregulars trailer released by Netflix

The Irregulars will bring to light another take on the story of Sherlock Holmes and Dr Watson but this time, it’s a group of misfits’ turn to solve the mysteries. The Netflix drama will land in full on the streaming service from tomorrow, Friday, March 26. While fans have yet to get to know all of the characters, a plot line revolving around one in particular will never be told.

WARNING: This article contains spoilers from The Irregulars.

Which storyline was cut from The Irregulars?

The Irregulars focuses on the lives of a group of teenagers who get to know the once iconic duo of Holmes and Watson long after their heyday.

This time, it is the youngsters who must try and figure out what’s going on in London as the show puts a supernatural twist on the classic tale.

When a “rip” opens up, there is some strange goings-on and it is up to the gang to find out the truth.

But along with the sci-fi storyline, there was another simpler element in the series which had been axed. 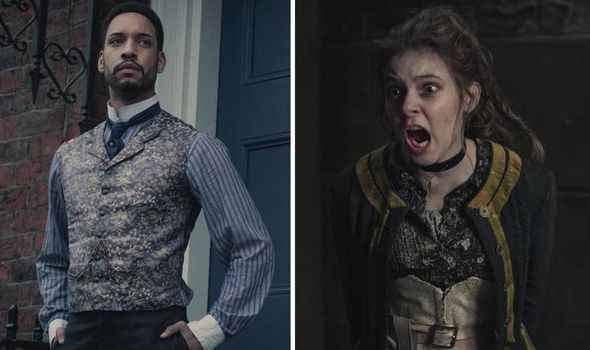 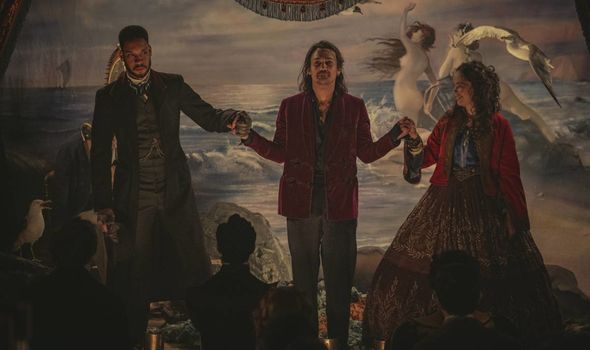 Speaking to press including Express.co.uk, actors JoJo Macari and Mckell David talked about any storylines which had been cut from the show.

They revealed there was a young character who had become an honorary member of the misfits.

Macari said: “At one point in the script, me and Mckell and Harrison go and sort of find this kid Teddy on the street.

“We sort of bring him under our wing, bring him, prey him up – but he bit the dust sadly. 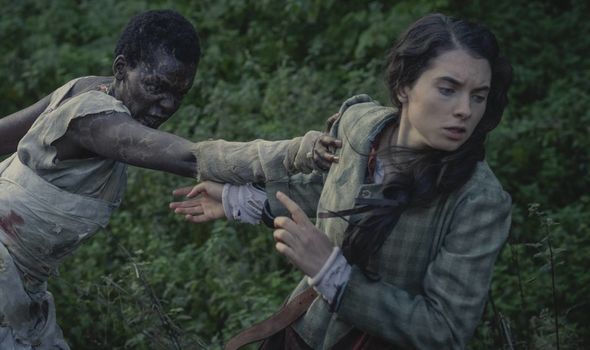 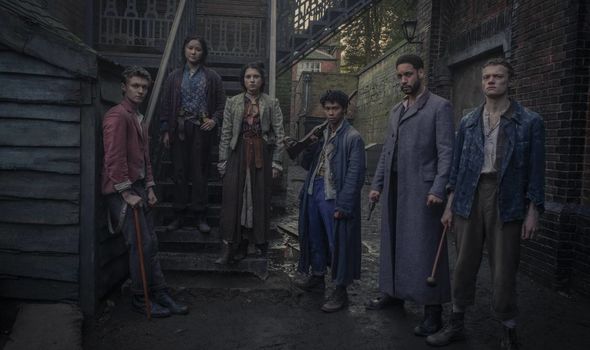 Having Teddy around was far from the only idea creator Tom Bidwell had in mind either according to the cast.

Macari continued: “I think Tom, his brain just goes constantly like the amount of ideas just falling out all over the shop.

“He had some wild, wild theories and ideas because I guess it’s a series that’s been going around in his head for so long.

“So I think there were lots of stuff that we’re not even aware of that were potentially flying around at some point.”

Macari added: “But ultimately, the end product that we got to, I’m absolutely overjoyed with.

“I wouldn’t want to take anything out or put anything in, honestly.”

The drama is made up of a total of eight episodes which are going to be dropped onto Netflix in full tomorrow.

But once subscribers are done with the first series, there is no need to worry as there is plenty more to come.

The Irregulars will be back for a second series after Netflix renewed it for more episodes.

The greenlight came even more season one came out so the streaming service is clearly confident in the show’s potential success.

Production for the second series is expected to start sometime this summer.

The Irregulars will be out tomorrow, Friday, March 26, on Netflix.

'Euphoria': Jules' Side of the Story Is Revealed in 2nd Special Episode – Which Ends With a Twist

Oklahoma man accused of cutting neighbor’s heart out, feeding it to his family