Badger is one of the few remaining The Masked Singer acts who continues to keep ITV viewers guessing. But after tonight’s performance, there’s one name that has stood out amongst the rest after host Joel Dommett made a point to reference the song they’d performed.

Badger had the judging panel and The Masked Singer crowd on their feet this evening as they belted out Kelly Clarkson smash Because of You.

But after host Joel asked about the song Badger had performed, some fans are convinced he’d given the game away as R&B singer Ne-Yo hiding beneath the mask. 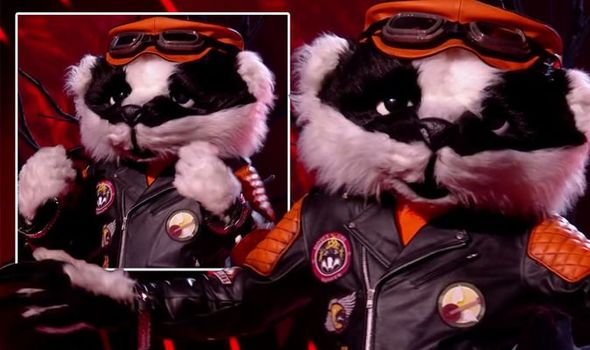 Before long, several others back the theory, with one pointing out: “Convinced Badger is NEYO he had an album called Because of You.”

“Badger is Ne-Yo #MaskedSingerUK,” said a third, while a fourth weighed in: “Badger is either Dave Myers or Ne-yo #maskedsingeruk.”

And a fifth added to the debate: “I got serious Neyo vibes from badger and he did do a song with Kelly Clarkson… I mean I can’t see it but it adds up.” 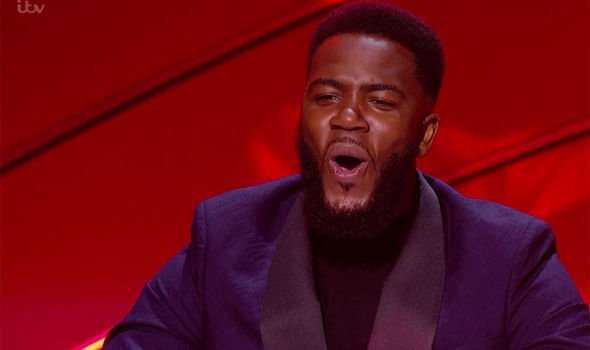 The clues certainly seem to be in the eagle-eyed fans’ favour, as Ne-Yo did indeed release an album titled Because of You back in 2007.

This song choice isn’t the first time Ne-Yo’s name has been brought up as a contender to be under Badger’s mask.

After one of Badger’s clue packages, one fan put their detective skills to the test and spotted a periodic table in the background.

On Reddit, they explained: “For a brief moment during Badger’s VT tonight, the Periodic Table was visible with some elements circled.

“Notably Neon (Ne) is circled in a different colour to the others, further fuelling the possibility that he is Ne-Yo.”

But are the clues enough to prove it’s the chart-topper under the Badger mask.

Some fans remain unconvinced, however, as swathes of other guesses took over social media.

“#MaskedSingerUK Just putting Conor Maynard for the Badger out there,” another Masked Singer fan weighed in.

“Sticking my neck out #badger is @romankemp #MaskedSingerUK,” suggested a third.

While a fourth gave up: “Badger I am so so confused #MaskedSingerUK.”

'The Exorcist' Sequel: Everything We Know So Far