Home » 'The Masked Singer': Surprise 'Wildcard' Contestants to Compete With Regulars on Season 5 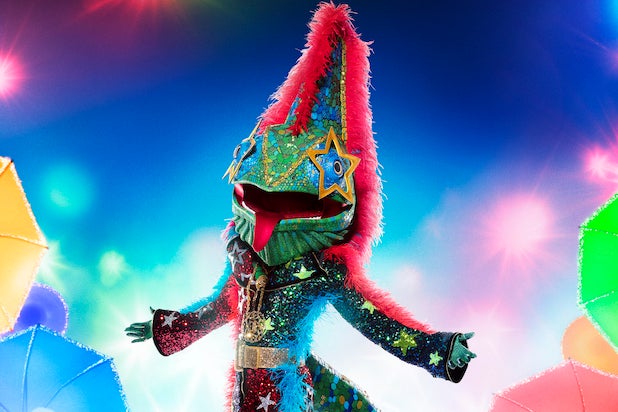 “The Masked Singer” is shaking things up for its forthcoming Season 5, which will feature the show’s first-ever surprise contestants who will compete in “Wildcard” rounds to try to steal a slot from an existing masked singer.

The fifth season of the Fox singing competition will feature 10 scheduled competitors, who will be broken up into two groups of five (Groups A and B). Then these masked “Wildcards,” as Fox has dubbed them, will crash the stage at the end of “several” episodes for a chance to unseat another contestant in the group and join the race for the golden mask trophy.

Fox isn’t revealing the costumes of the Wildcard contestants, but it has unveiled six of the 10 regulars competing this time: Phoenix, Grandpa Monster, Chameleon, Piglet, Porcupine and Black Swan.

“The Masked Singer” will return on Wednesday, March 10 at 8/7c and be immediately followed by the series premiere of the new Wayne Brady-hosted variety show “Game of Talents” at 9/8c.

As TheWrap previously reported, when “The Masked Singer” returns for Season 5, Niecy Nash will be serving as guest host for the first few episodes, filling in for longtime emcee Nick Cannon. Cannon tested positive for the coronavirus before production had begun, and will return once he has recuperated.

“The Masked Singer” is executive produced by James Breen, who serves as showrunner, Craig Plestis (who developed the show for Fox), Rosie Seitchik and Cannon. The series is based on the South Korean format created by Mun Hwa Broadcasting Corp and is produced by Fox Alternative Entertainment.

Teresa Giudice Confirms She Did Not Sleep with Ex Joe Giudice During Trip to Italy: 'Thank God'