The contest is well and truly heating up on The Masked Singer with fans up and down the country speculating and debating which celebrities remain behind the masks. So far, five stars have revealed their identities but there are still seven acts to be unmasked on the ITV show, including the much-talked-about Hedgehog.

Several names have been put forward by fans for who exactly could be behind the Hedgehog’s mask.

Performer Michael Ball has emerged as a likely suspect, as have the likes of X Factor’s Rhydian Roberts and comedian Jason Manford.

However, after a short speech at the National Television Awards on Tuesday, fans are convinced host Joel Dommett had dropped more major clues.

Joel and Hedgehog appeared on stage to read out the nominations for Serial Drama. 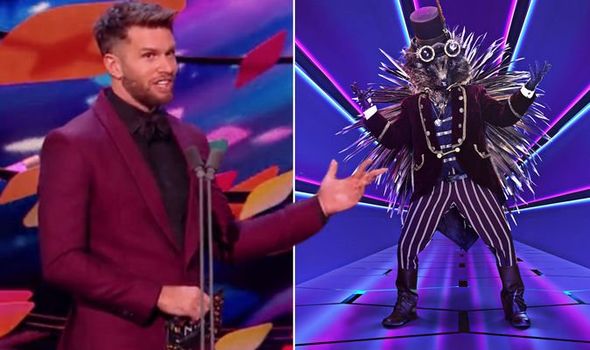 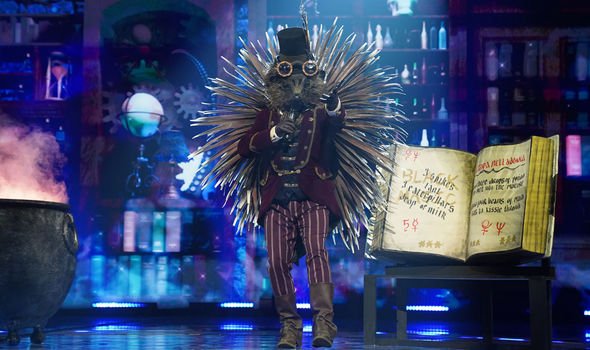 The Masked Singer host said: “I’ll give you some clues as to who Hedgehog actually is this evening,

“I’m just going to quickly narrow it down for you, errr, it’s not me.

“It’s also not David Walliams or is it?! No, it’s not. It might not even be the real Hedgehog in there, 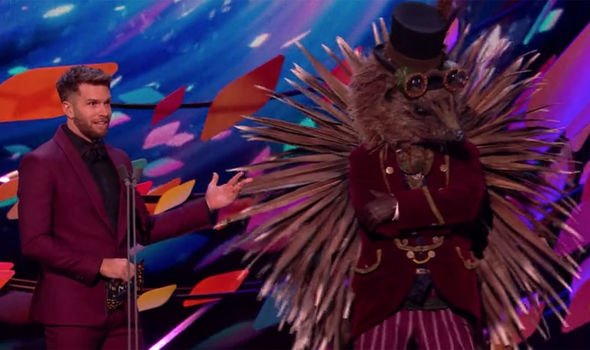 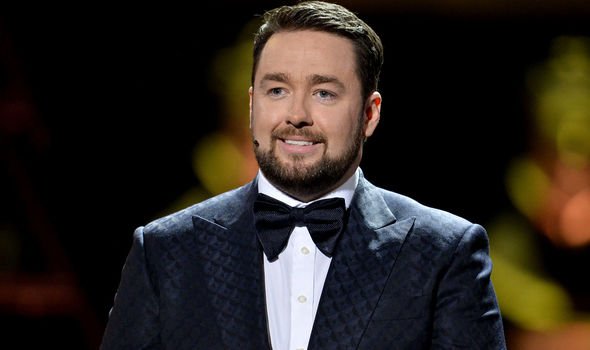 Once Joel left the stage with Hedgehog after announcing Emmerdale as the winner of the Serial Drama award, NTAs host David further added to the speculation.

The Britain’s Got Talent judge made a joke that it was Caroline Flack in the Hedgehog costume – a joke which didn’t exactly land well with viewers.

David said: “Thank you, Joel, and so nice to see Caroline Flack back on TV as well.”

While the joke was branded “cruel” by some ITV viewers, it did lead to some interpreting it as a clue.

In fact, one fan took the pair’s words to mean the act must be someone from the ITV2 reality show.

The fan said on Twitter: “Well I think Wes [Nelson] from love Island is the hedgehog on masked singer…

“Love Island reference and he was on x factor and he was at the ntas #MaskedSinger #NationalTelevisionAwards #NTAAwards.”

However, following Hedgehog’s appearance at the annual awards ceremony, others were left convinced it was a star from Emmerdale.

A second agreed: “‘We’re so proud of this show. And I don’t just mean the people behind me…’ You mean the Hedgehog from the #MaskedSinger that’s currently stood behind you? #Emmerdale #NTAs.”

While a third even suggested: “I bet it’s Graham from #Emmerdale in that hedgehog! #NTAs #MaskedSinger.”

Will Hedgehog’s identity finally be revealed on Saturday night?

The Masked Singer continues every Saturday on ITV.

Ben Affleck Recalls 'Bad Experience' with Marijuana at 15: 'I Had a Dissociative Panic Attack'