Alex Jones first announced that she was pregnant with her second child live on The One Show.

Since then, there has been plenty of speculation as to who will be filling her shoes while she is off on maternity leave.

Confirming a list of presenters, the BBC revealed that the likes of Stacey Dooley, Emma Willis and Mel Giedroyc will be joining the normal line-up of guest hosts.

Today marked the 42-year-old’s last day on the show before she takes her well deserved break.

Presenting alongside Shane Richie on the well-known green couch, the bubbly host was given a good send off from her much-loved team.

Gearing up to present Alex with her leaving present, Shane showed a flashback reminding her about a complaint she had made on a previous episode.

Opera singer Bryn Terfel had received an honour from the Snowdon Mountain Railway, having a carriage named after him for his contribution as an international ambassador for North Wales.

Joking Ms Jones complained that she didn’t have a train carriage named after her: “Catherine Jenkins has got one as well? It’s getting worse.” 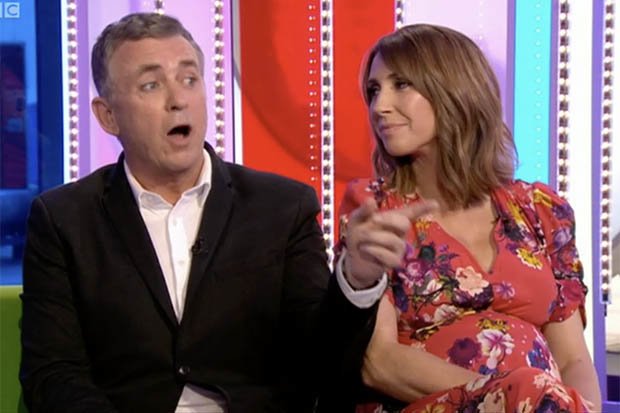 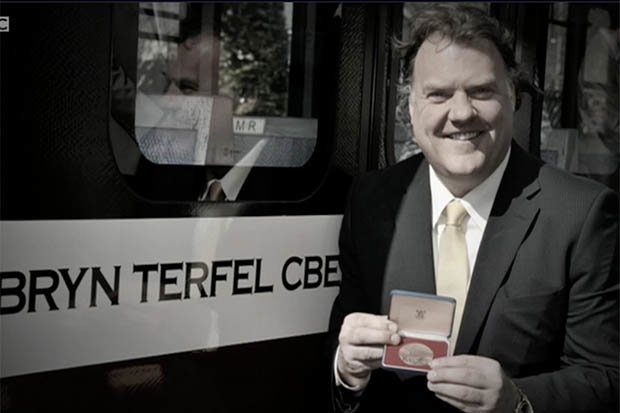 Getting her to turn to the screen, Shane said: “We have a little message for you.”

A man stood in a train carriage then proceeded to say: “Hey Alex, I’m Vincent from Snowdon Mountain Railway, we heard you were disappointed that you didn’t even have a seat named after you, so I would like to unveil a plaque in your honour.”

Whipping off a red cover from one of the chairs on the train, the man revealed a gold plaque with her name of it.

Joking with the brunette bombshell, Shane said: “It was actually supposed to for Aled Jones but we managed to… no I’m only joking.”

But that was not the only gift she received, as the former EastEnders landlord surprised her with a beautiful bunch of flowers. 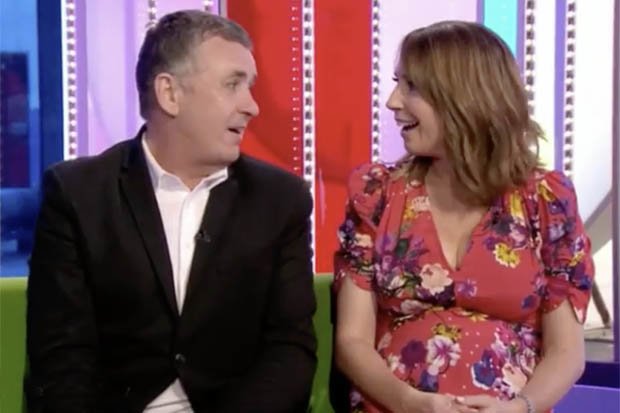 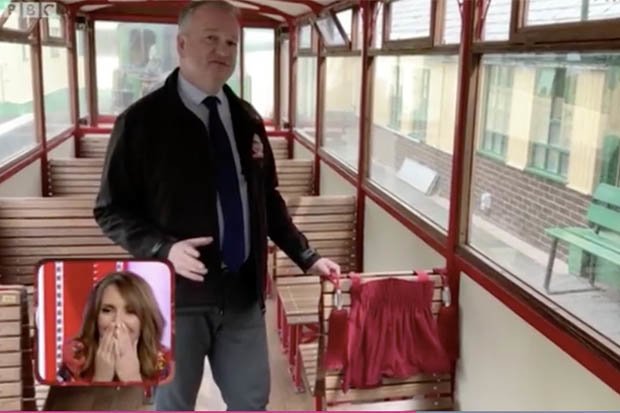 All smiles as she enjoyed her iconic present, Alex proved she was a presenting pro as she carried on seamlessly with the episodes segments and managing to end the show with no sign of a tear.

Although it didn’t take long for her fans send their wishes on Twitter to support her on her new journey.

One wrote: “Alex Jones  – you look so fabulous. All the best with you and your new bundle. Enjoy. I’ve three children… very special times.”

Another shared: “We are going to miss you Alex Jones.”

‘Law & Order: SVU’ newbie Jamie Gray Hyder reveals what it was like to join the iconic show