There’s a point in “The Oratorio” when the attention turns to the organ at St. Patrick’s Old Cathedral in New York City. The giant instrument is both a vestige and a living example of the long history of the church, located on Mulberry Street near Chinatown and Little Italy in Manhattan. With key parts made from wood and leather, it’s something for which continued existence isn’t a guarantee. It has to be nurtured if it’s going to continue on in its current form. “The Oratorio” doesn’t lean into the metaphor, but for a documentary about opera, it’s hard not to see it as a perfect representation of another institution that has survived with the help of people keeping it alive.

Airing on PBS on Friday, “The Oratorio” boasts Martin Scorsese as a cheerleader for the value of not just the organ or the artform, but for the building and its place in the history of the city. The hourlong documentary details the story behind an 1826 performance, a selection of choral and orchestral works that, according to contemporaneous accounts, served as a catalyst for the burgeoning New York arts scene of the day. With Lorenzo da Ponte (best known as the librettist for Mozart’s most significant operatic works) as a main organizer and an ensemble of Italian performers, this St. Patrick’s concert was an explicit example of Old World contributions to a country that was still in its relative infancy.

Amidst an overview of that historical context, “The Oratorio” also tracks the efforts to recreate this concert for a modern audience. That’s easier said than done — certainly harder than just piecing together a nearly 200-year-old program, even when the recollections from the day give a clear rundown of what was performed back then. Fortunately, with the help of scholars and singers from the Teatro Lirico Cagliari in Italy, this re-staged performance — which took place in the fall of 2018 — also had the benefit of recapturing the bridge between countries in addition to having the same pieces played.

Scorsese is on hand mainly as a docent, doing what he does best: being an ambassador for New York City itself. A lot of his sections in “The Oratorio” weave through his personal connections to Old St. Patrick’s, whether from his childhood or the parts it plays in his filmography. (Clips of the showdown outside the church in “Gangs of New York” and Harvey Keitel lighting a votive candle in “Mean Streets” both pop up along the way.) He also gets to show off his ability to summarize the history of New York — whether through the lens of immigration or music or general city planning — in easy, accessible chunks. It’s a nice 2021 companion piece to the best parts of Fran Lebowitz doing the same in “Pretend It’s a City.” 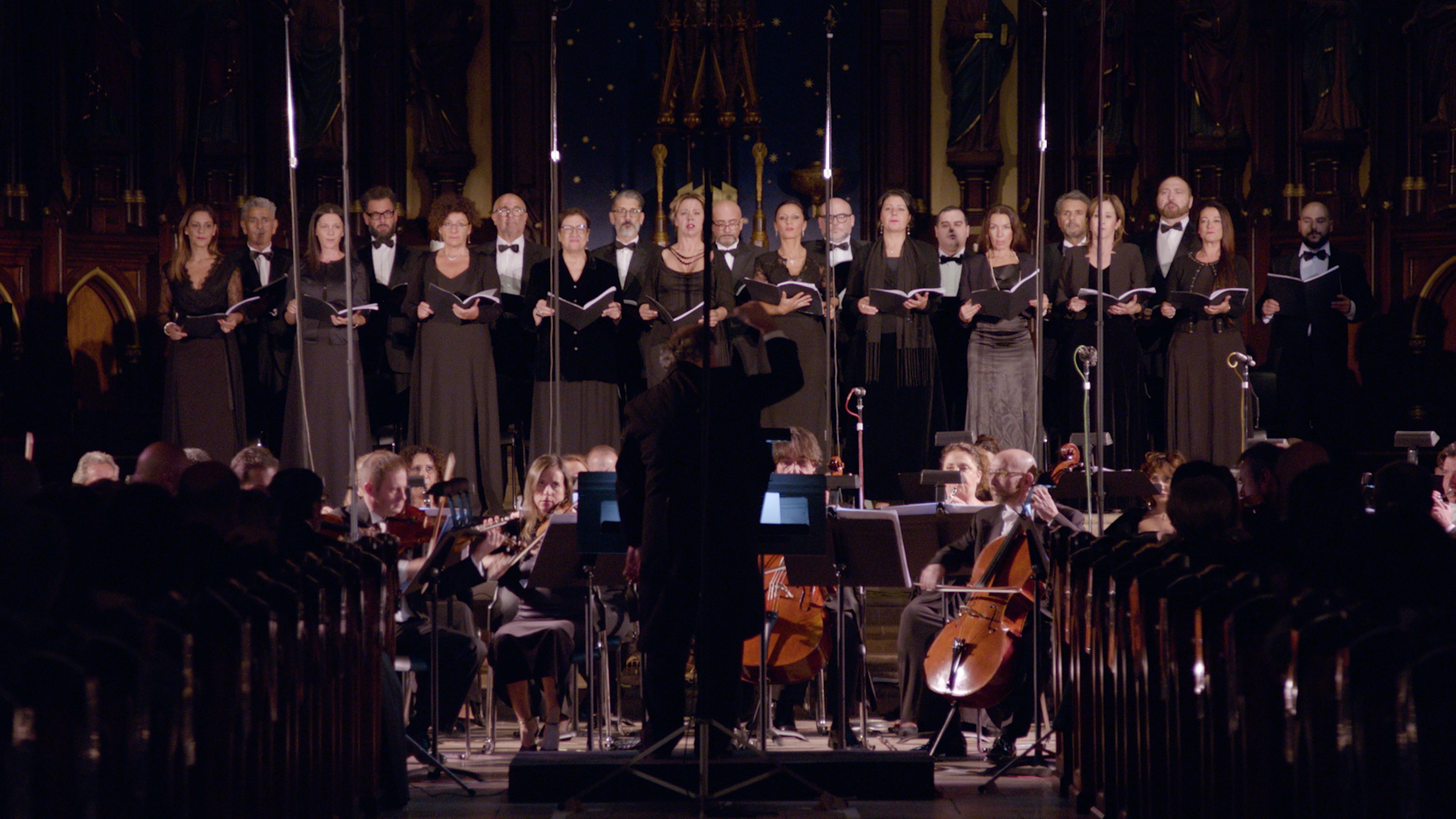 The other main idea that “The Oratorio” uses as structural help is the life of da Ponte. In true theatrical form, his many acts saw him move from the center of royal court debauchery across a handful of European countries all the way to the United States, where his contributions to this oratorio were part of his late-life efforts as a New York arts patron. Da Ponte’s eventual emphatic embrace of Catholicism also dovetails with discussions of the (small-c) church itself. Fellow St. Patrick’s parishioners Jim and Jeannie Gaffigan get the chance to speak to how the building has existed beyond the confines of a place of worship. The communal idea of Mass is part of a larger idea of how the church has contributed to the neighborhood’s musical fabric in the many decades since 1826.

With all the other information being included here, there’s not quite as much opportunity to really hone in on the music itself. But there are still glimpses into the rehearsal process, from learning individual parts to a discussion of how the acoustic particulars of St. Patrick’s present a unique challenge to both orchestra and singers. Those tiny nods help bolster the idea put forth here that opera is at its best when it also reflects the present and future rather than being solely a testament to the past.

“The Oratorio” isn’t a magic shortcut to understanding the intricacies of opera as a form. It does, however, make the case that, like so many classical music traditions, it’s fundamental to the fabric of society in ways that people might not realize. It might be hard to imagine how one night and one performance could actually have led to that much change, but these historians and artists and citizens of New York still drawing from it centuries later all make a compelling case.

“The Oratorio” premieres Friday, November 5 at 9 p.m. on PBS.