Home » TV & Movies » The Ozark Kids Are Not All Right, as Season 4 Careens Toward a Ruthless Ending — Spoilers

The beginning of “The Beginning of the End” — the inevitable title of “Ozark’s” Season 4 premiere — flashes forward to a scene still not put in context by the time Part 1 comes to a close. Marty (Jason Bateman) and Wendy (Laura Linney) are driving down the road, accompanied by their children, Charlotte (Sofia Hublitz) and Jonah (Skylar Gaertner), as well as the smooth voice of Sam Cooke singing “Bring It On Home To Me.” A meeting with the FBI is mentioned. An event at their casino, the Missouri Belle, comes up.  A clock is put, presumably, on their time left in Missouri: only 48 hours to go.

As is prone to happen in the rare moments when the Byrdes are feeling good about things, disaster strikes. A car-carrier trailer is in the wrong lane, heading straight for the family minivan. Marty jerks the steering wheel to avoid a head-on collision, but the abrupt swerve sends their vehicle out of control. They flip. They roll. The crumpled van settles off-road, upside-down somewhere near the woods, and an eerie presence creeps over the area. No one is moving.

Then the ominous “O” appears onscreen, accompanied by this episode’s prophetic symbols, and the premiere resumes its story where Season 3 left off: in Mexico, with Marty and Wendy washing blood (and more) off their faces. But there’s no indication as to when the accident will happen. Is it a few weeks out? Months? Years? Similar questions linger after Part 1 wraps. Even if we know a bit more about why Jonah is giving the cold shoulder to his mom, as well as the Byrdes’ developing relationship with the Federal Bureau of Investigation, little else about what’s discussed during the fateful van ride is clear. Save for, of course, the best laid plans…

If anything, the Byrdes’ perceived contentment in the Season 4 opener works to undercut the intense ending of Episode 7. Ruth is enraged after finding Wyatt (Charlie Tahan), her cousin, murdered, and she flees the Byrde’s house dead-set on killing the man who did it. The only problem: Javi (Alfonso Herrera) is now under the protection of the FBI, plus Marty and Wendy’s freedom from cartel control depends on Navarro’s nephew fulfilling his 10-year government contract. If Ruth exacts vengeance on him, the Byrdes are screwed. 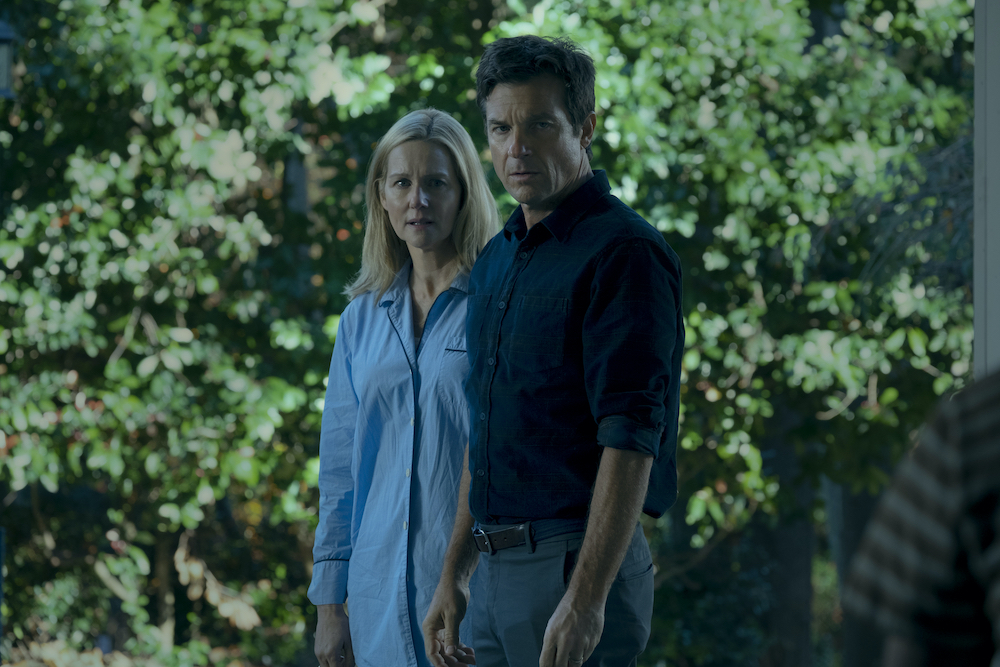 Based on the van ride, though, they’re doing just fine. (Or, as Ruth charmingly puts it earlier in the finale, Marty found a way to “tap dance through” his latest problem.) In the future, if they’re meeting voluntarily with the FBI, they must have worked something out. So the only pressing question is: What’s happened to Ruth? In a way, this is the only question that matters. For three-and-a-half seasons, “Ozark” has been testing who the Byrdes will sacrifice to protect their core family. There was Mason Young (Michael Mosley), the pastor Marty shot through the neck in Season 2. That same year saw Wendy orchestrate the death of Cade Langmore (Trevor Long), Ruth’s father. Plenty more folks have died based on the Byrdes’ illicit business, but none was more heartbreaking than Ben Davis (Tom Pelphrey), Wendy’s brother, who she ratted out to the cartel when it became clear he was endangering the family.

Will Marty do the same to Ruth? She may not be blood, but if it hasn’t been clear all along, Episode 7 illustrates just how much he trusts and values his former colleague: He asks her to take care of his children if something were to happen to him. That’s about as big as it gets for Marty, and Bateman plays the scene with an urgency familiar to anyone who’s tried not to let their emotions get the better of them in a time of tension. So not even a day later, when Ruth shouts, “If you want to stop me, you’re going to have to KILL ME,” she can’t imagine he’ll do it.

But will he? Could he? Marty’s reveries tend to indicate he won’t and can’t. At the beginning and near the end of Episode 7, he remembers talking over plans with his former business partner, Bruce (Josh Randall). Back then, Marty was so cautious he talked himself out of renting an office building during a call he made for the exact opposite reason. Now, he makes the same call in a few seconds, knowing how little renting an office building will mean in the long run. But he’s not reckless. He just knows what really matters, and what matters most to Marty are his people.

Wendy may not make the same choice. If she was willing to turn over her own brother, there’s little doubt she’d flip Ruth even faster. Reigniting The War of the Byrdes feels inevitable before “Ozark” wraps — Marty and Wendy’s fights have provided the series’ sharpest edge and most painful insights — but their happy couple van vibes indicate they either worked things out (again) or Ruth’s choice isn’t what divides them. (Another hint that Ruth is fine, just not with the family, whenever that van scene happens.) Instead, after a half-season of parenting from opposite angles, it could be Jonah that eventually forces the parents to either fully come together or officially split. His rebellious streak extends from the start of Part 1 to its end. Angry over his mother’s betrayal of Ben, Jonah seeks to distance himself from the family. That means picking fights with Wendy, working for Ruth (aka the family’s enemy and Wendy’s personal rival, Darlene), and handing over damning information, again and again, that could damage Wendy’s agenda.

While Marty prefers to let Jonah’s outburst fume out, trusting he’ll come back to the family once he’s cooled off, Wendy has seen more success of late by ruling with an iron fist. She pushes the pharmaceutical owner to buy into her plan, despite moral qualms; she pushes Agent Miller (Jessica Frances Duke) into meeting with Navarro (Felix Solis), going so far as to threaten her newborn baby; she’s even willing to let Darlene die in front of her, so long as the opium manufacturer learns her lesson. Wendy goes so far as to sabotage Jonah’s money laundering operation — not to protect Marty’s, but to teach her son about respect by sending him to jail. Wendy has a taste for power, for control, and she likes it, maybe a little too much.

Navarro notices Wendy’s hunger. He asks if she’ll be able to go back to her boring normal life during the initial FBI meeting, and later, after he ends up in handcuffs, he implies they share a bond by calling her out specifically when he feels “disappointed.” Is Wendy as similar to Navarro as he wants her to think? Jonah should hope not — save for one key aspect. “I don’t kill children,” Navarro says, during that same conversation. “I don’t threaten to kill children.”

It’s hard to imagine Wendy crossing that line, and I don’t think she will. But she’s already shown a willingness to sacrifice Jonah for what she sees as the greater good. Both parents’ sense of right and wrong has been warped for a while now, of course. The more opaque question is whether or not it’s too late to be set right. No matter what Wendy tells herself, there may not be enough good left to bury the bad. Marty and Wendy have done many, many terrible things. Pushed to their limits one last time, their fate, like so many parents, may come down to how they respond to the impulses of their kids.

“Ozark” Season 4, Part 1 is available on Netflix. Part 2 has not yet set a release date.

These Silicon Valley Investors’ Bets May Pay Off

US breaks record for coronavirus deaths with 3,700