Tears, anger, and another potential cast member walk-off is coming on MTV’s The Real World Homecoming: Los Angeles reunion. The explosive trailer teased a combustible cast who didn’t always get along in the 1990s – still at odds in 2021.

“You don’t think we’ll be doing a lot of arguing … will we?” Brennan smiles, asking producers in a confessional. The trailer provides very few answers. Beth Stolarczyk is seen telling the cast that Dave Edwards has seemingly “fallen off the rails.”

Glen Naessens is then apologizing to Tami Roman, but she still seems to be agitated with him. Roman appears to be in the middle of some drama because she’s seen calling someone to come to the house to confront Edwards. Edwards is then seen telling someone, “Do they really want to f**king do this?”

Viewers were shocked when Becky Blasband from The Real World Homecoming: New York broke the fourth wall and left the house. She and Kevin Powell rehashed their argument about race, which was prompted by production, but it took a frustrating turn.

Blasband packed her suitcase and stormed out of the loft, sharing that she felt duped by production. Julie Gentry met with Blasband at a park, which was when Blasband shared why she was so angry. “So I went and met with Becky this morning,” Gentry shared with the cast during a Real World Homecoming: New York episode. “She said a lot. And I want to convey it correctly. She thought this was gonna be a little bit like more of a Big Chill kind of vibe of us just hanging out. We could discuss issues but we weren’t gonna revisit the volume that maybe we had in the past.”

While the cast hoped Blasband would eventually return, she never came back to the loft. Also, decades-long friendships she had forged with the cast were also seemingly severed as a result of the reunion show.

‘The Real World: Los Angeles’ cast took the series to a new level of drama

While the first Real World cast had drama, the Los Angeles cast was especially controversial, which included two cast members leaving the house during the 1993 season. Irene Berrera-Kearns left to get married. But Edwards became the first cast member in the series to be kicked out of the house. He yanked blankets off of Roman while she was wearing only her underwear. This move is what got him booted. 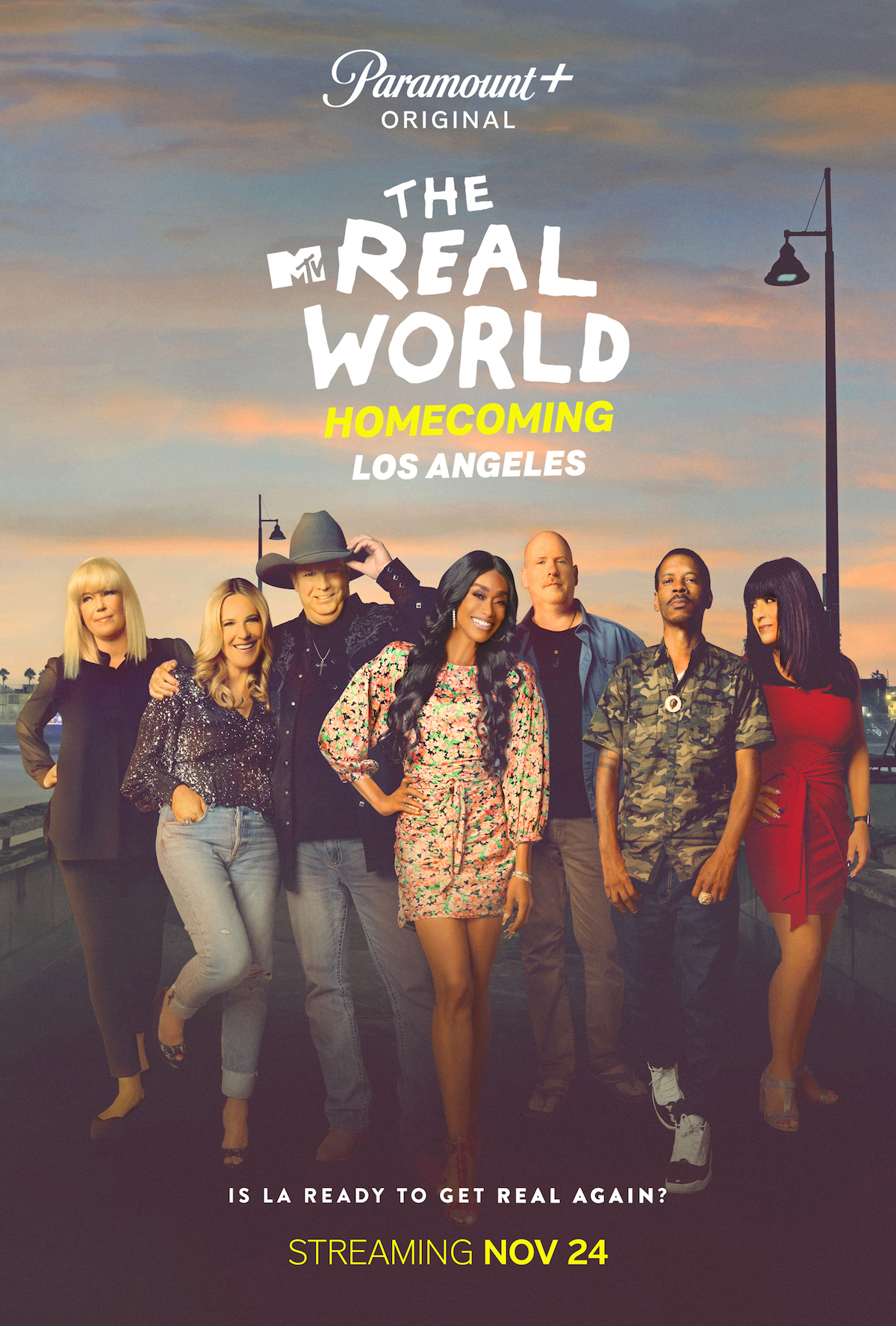 The season also saw alliances that pitted housemates against housemates. Additionally, Roman openly shared that she was pregnant and had an abortion during the season. The topic was especially controversial, which also divided the cast and added another layer of intensity to the season.

So will the same level of drama from the early 90s still be raging in 2021? From the trailer rollout … it appears that viewers are in for a wild ride. The reunion kicks off November 24 on Paramount +.

Connie Britton on Her Return to ‘American Horror Story’