Fans of The View had many opinions about the show taking a summer hiatus until Labor Day. Many were sorry to see the talk show go, especially with so many important events going on, from coronavirus (COVID-19) issues to the upcoming presidential election. Viewers looked forward to hearing the opinions of the co-hosts, Whoopi Goldberg, Joy Behar, Sunny Hostin, and Meghan McCain.

During her farewell, McCain also expressed how bittersweet it was to take a break from new episodes. She also called the show “uncensored,” which not everyone agreed with.

Meghan McCain said goodbye to ‘The View’ for the summer

Even television hosts need a vacation. In a tweet posted July 31, McCain wrote,

“Thank you for a really wild, intense but memorable season. Today is our last episode and we are on hiatus for the summer. Grateful for this platform, my cohosts, our fearless [View] team and one of the last truly uncensored spaces in all of television. See you in September!”

The flurry of responses mostly wished McCain well and encouraged her to rest and relax during the month of August, especially since she’s currently expecting a baby with husband Ben Domenech. But other followers questioned how McCain could call the show “uncensored.” 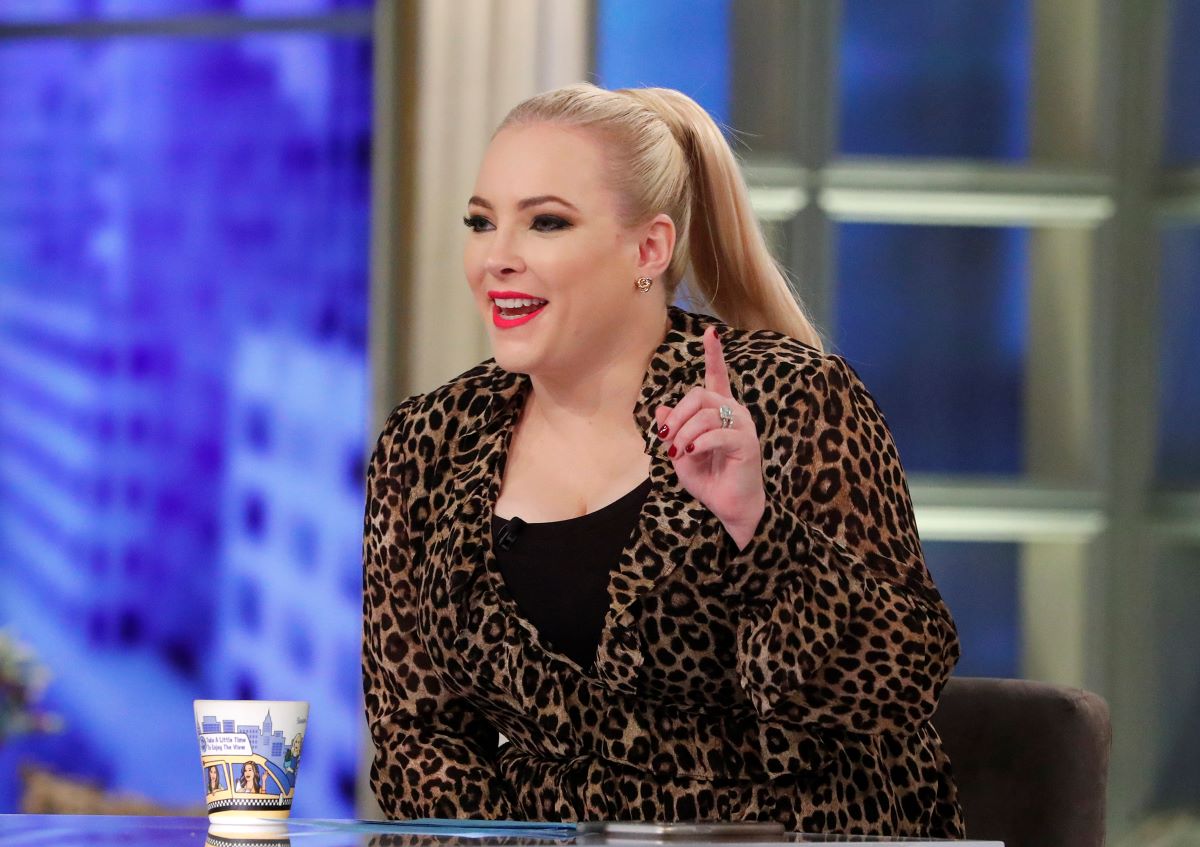 McCain is the daughter of former U.S. senator John McCain, who died of cancer in 2018. She’s a well-known author, columnist, and former Fox News employee, plus serves as the resident conservative voice on The View. However, because she’s an outspoken critic of President Donald Trump, some fans disagree that McCain is really a conservative at all.

“Unsensored? C’mon. There is hardly a conservative voice on The View,” one Twitter user wrote. “I feel you don’t represent the right enough.”

Another agreed, saying: “Is there anyone on the show who likes and supports President Trump? The man we voted in as our nation’s president? If not then I’d say it’s an extremely limited View.”

“Uncensored lol? The main host can’t even say the presidents name. This show is far-left,” a third person added.

Meghan McCain claims she gets along with her co-hosts

Even if fans don’t find her conservative enough, McCain identifies as a Republican and often expresses opposite viewpoints compared to her co-hosts. These differences of opinion have led to on-screen arguments on more than one occasion. But McCain insists they’re all friendly when cameras stop rolling.

“It really hurts my feelings!” McCain told Entertainment Tonight of reports she doesn’t like Behar, who is on the opposite side of the political spectrum.

“It genuinely hurts my feelings because our dressing rooms are next door to each other and you and I have the same emotional reaction to things — sometimes in different ways — but we’re both upset equally, the equal amount of the same things. And I wish people would give us a break, for real.”

Many fans appreciate hearing both sides of the argument

One reason McCain called The View uncensored was that unlike other programs, the talk show tries to present both sides of every story. And many fans love them for it even if McCain isn’t a Trump fan.

“Meghan, my fav part of the view is when you and Joy share your opinions. It’s so refreshing to hear both sides and viewers can form their opinions,” one Twitter user said. “And even though you disagree… you respect each other and are ‘friends.’ Have your beautiful baby and go out for drinks with Joy.”

What's Tyrion Lannister going to do in Game of Thrones season 8?