An elimination round of NBC’s musical competition series The Voice was Tuesday’s highest-rated show in primetime, scoring a 0.8 rating in the adults 18-49 demographic and 6.61 million total viewers. That was steady across the board with both Monday’s two-hour episode and last Tuesday’s hourlong show.

CBS’ FBI (0.6, 7.36M) was the broadcasters’ most-viewed program last night, dipping a tenth in the demo week over week but gaining ground in viewers to a season high in early fast affiliate Nielsen numbers, which were released Wednesday after a delay. The FBI series’ franchise pals FBI: International (0.5, 5.80M) and FBI: Most Wanted (0.5, 5.43M) also rose in total viewers.

With Supergirl flying away for good on the CW last week, the network launched Season 8 of The Flash (0.2, 760,000) and Season 6 of Riverdale (0.1, 340K), both on par with their previous season finales in July and October, respectively. 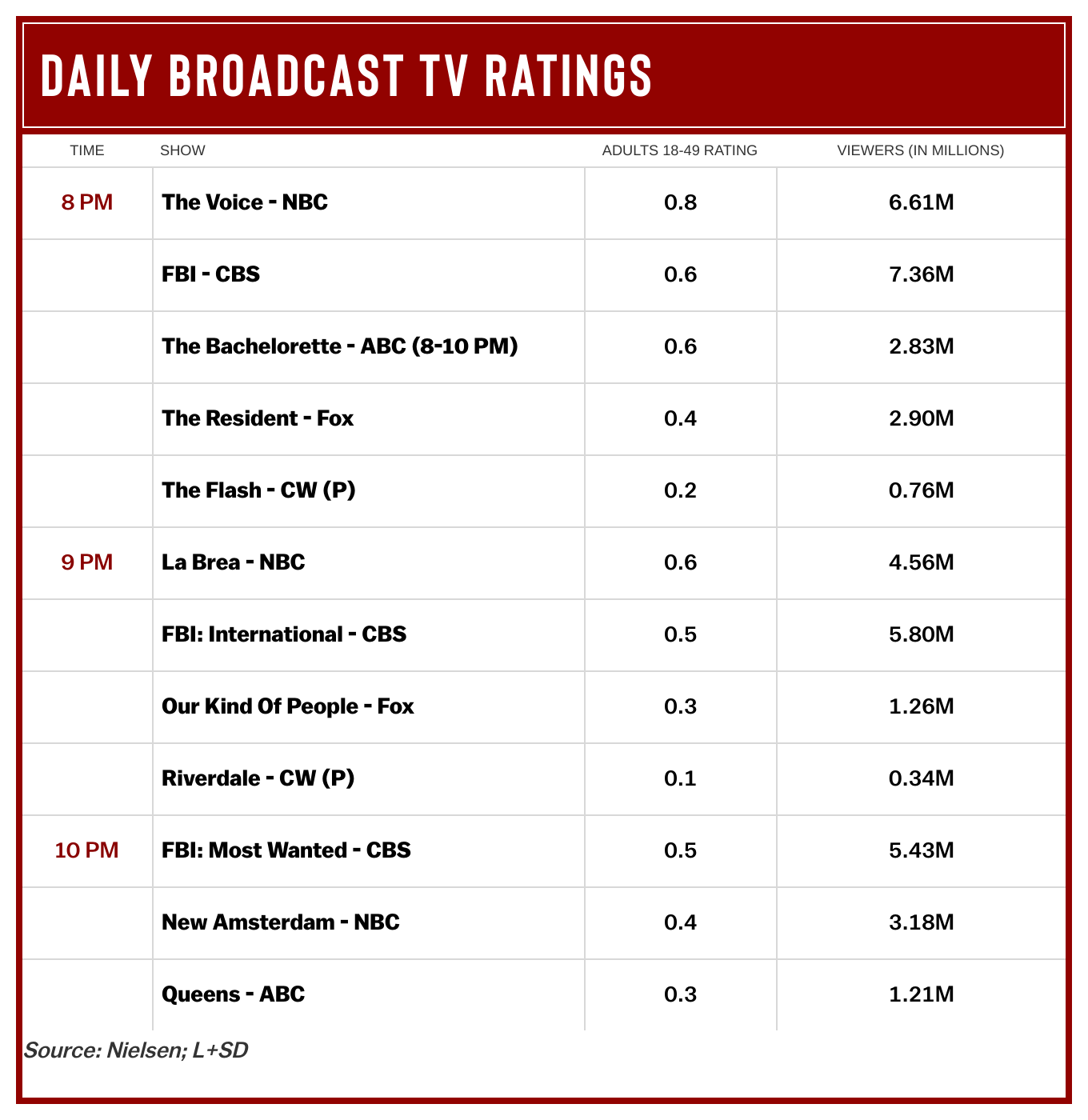 So, We All Need to Be Taking TikTok Dance Lessons from K-Pop Girl Group TWICE

Elizabeth Olsen in The Row at the Emmys: stylish or just a sack dress?