KELLY Clarkson angered fans when she acted stunned a contestant she pushed her button for on The Voice turned out to be “white.” 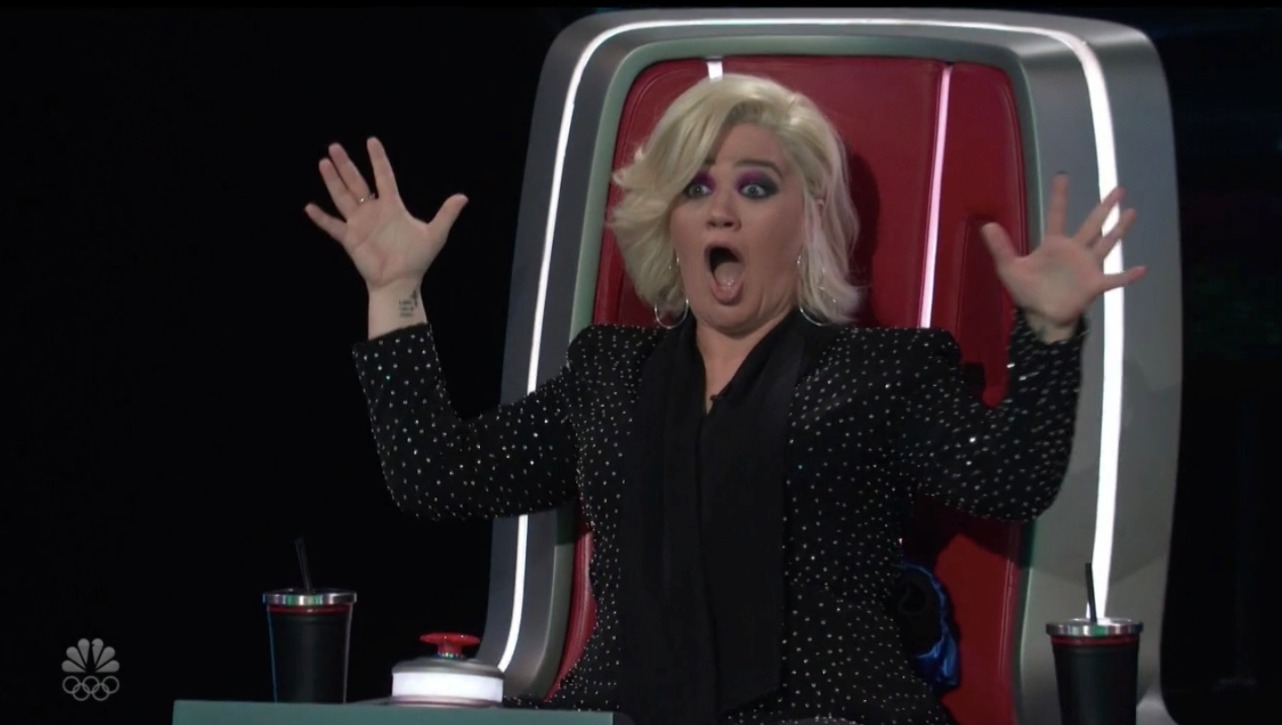 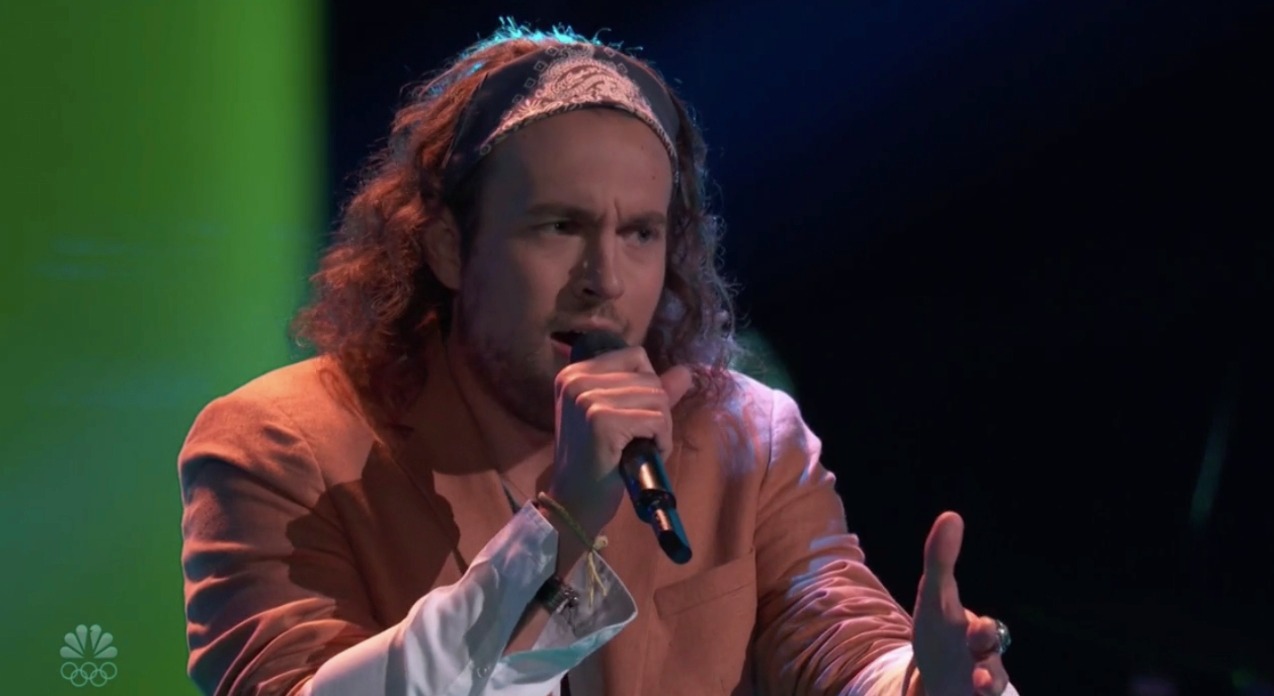 The 25-year-old from Kentucky passionately belted out SWV’s Weak during his blind audition.

Fellow coach John Legend, 41, pushed his button first as he danced and sang along to the 1994 R&B classic.

Later in the song, Kelly also turned around and was stunned speechless at the contestant’s appearance.

Blake Shelton, 43, and newcomer Nick Jonas, 27 – both of whom did not choose Zach for their team – applauded along with the audience at the end of the song. 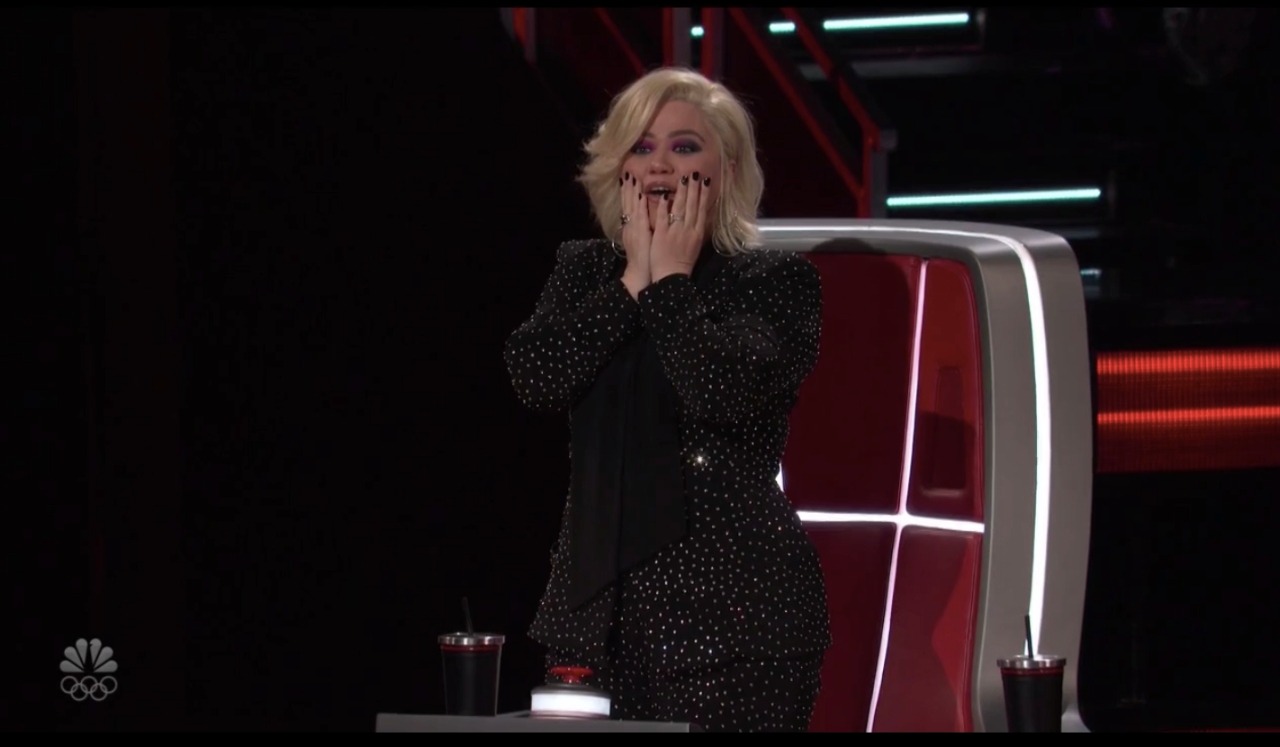 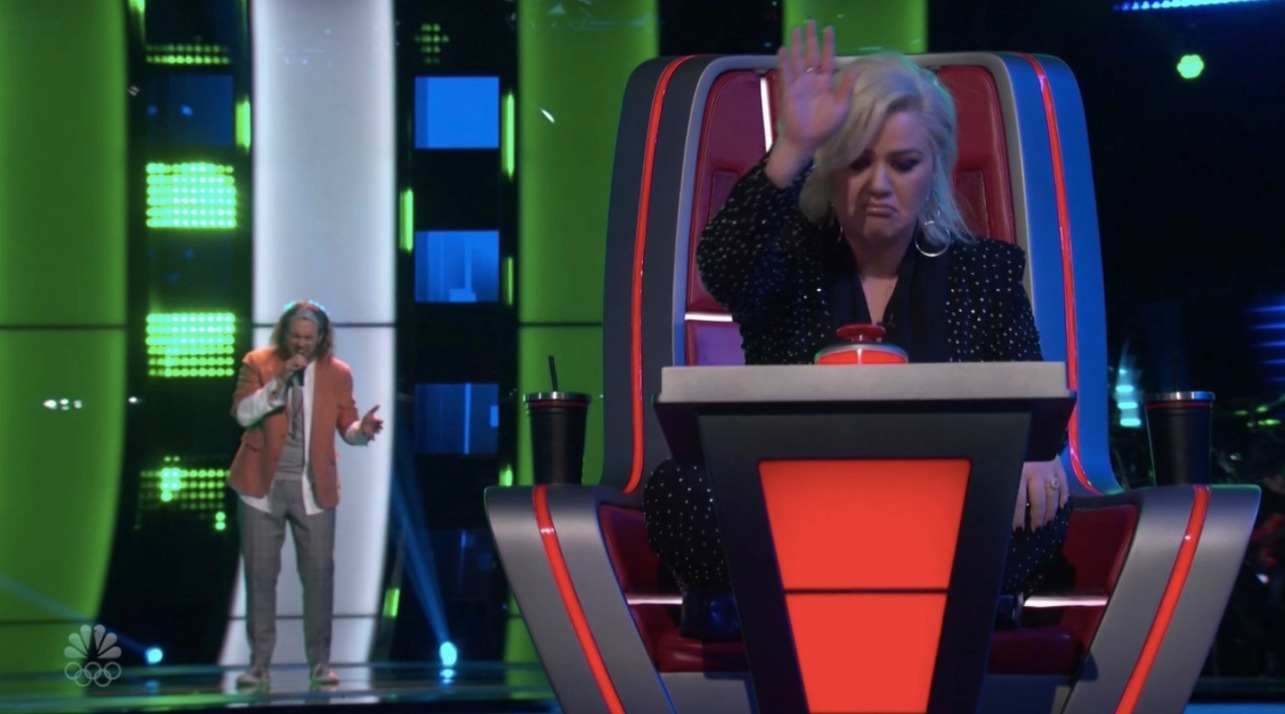 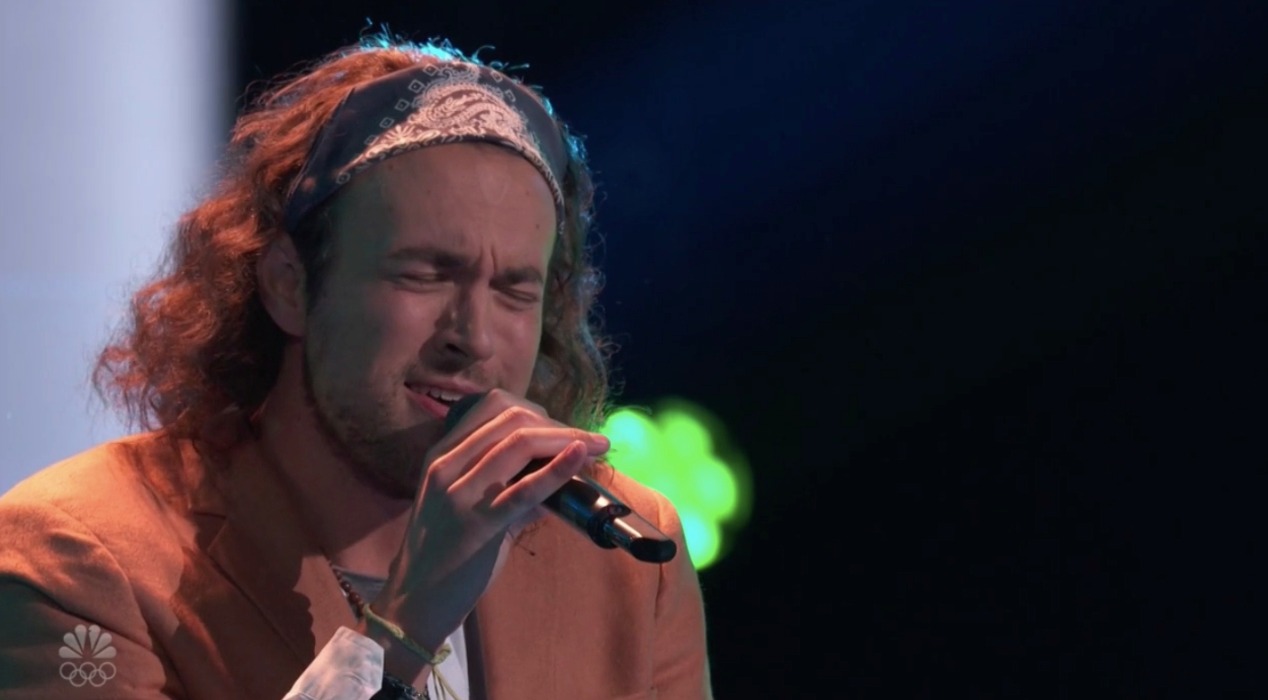 When he was finished singing, Kelly could not contain her composure.

She exclaimed: “Woah! You’re white! Like I would have lost a lot of money man!”

The Stronger singer let out a laugh as the crowd joined in but viewers at home we NOT as amused with the pop star’s comment.

A fan who questioned the comment wrote: “You're white"???' Really Kelly Clarkson and what is black supposed to sound like?? Wtf!?”

One viewer of the show tweeted: “oh my God Kelly you can't just ask people why they're white. Haha he shocked the hell outta me too.”

“Kelly Clarkson is rapidly turning into Paula Deen,” one fan wrote as a reference to the controversial Food Network chef.

“You’re white!” lol Kelly Clarkson has no friction,” a watcher of the Fox show exclaimed.

Even with the bold statement, Kelly still tried to win the southern rocker over: “If I had to pick one word to describe what you just did I’d say impressive so I’d love to work with you.”

“Impressive feels very mild in this context,” John quipped back in hopes to get Zach to join his team. 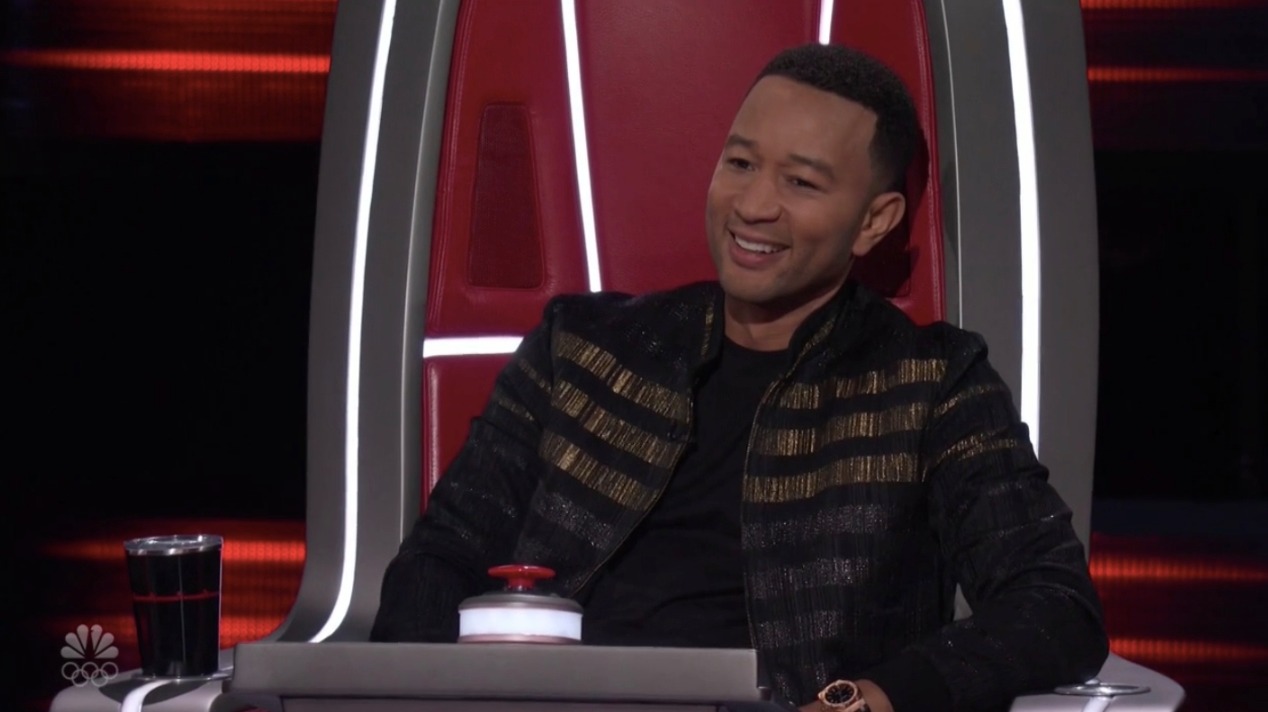 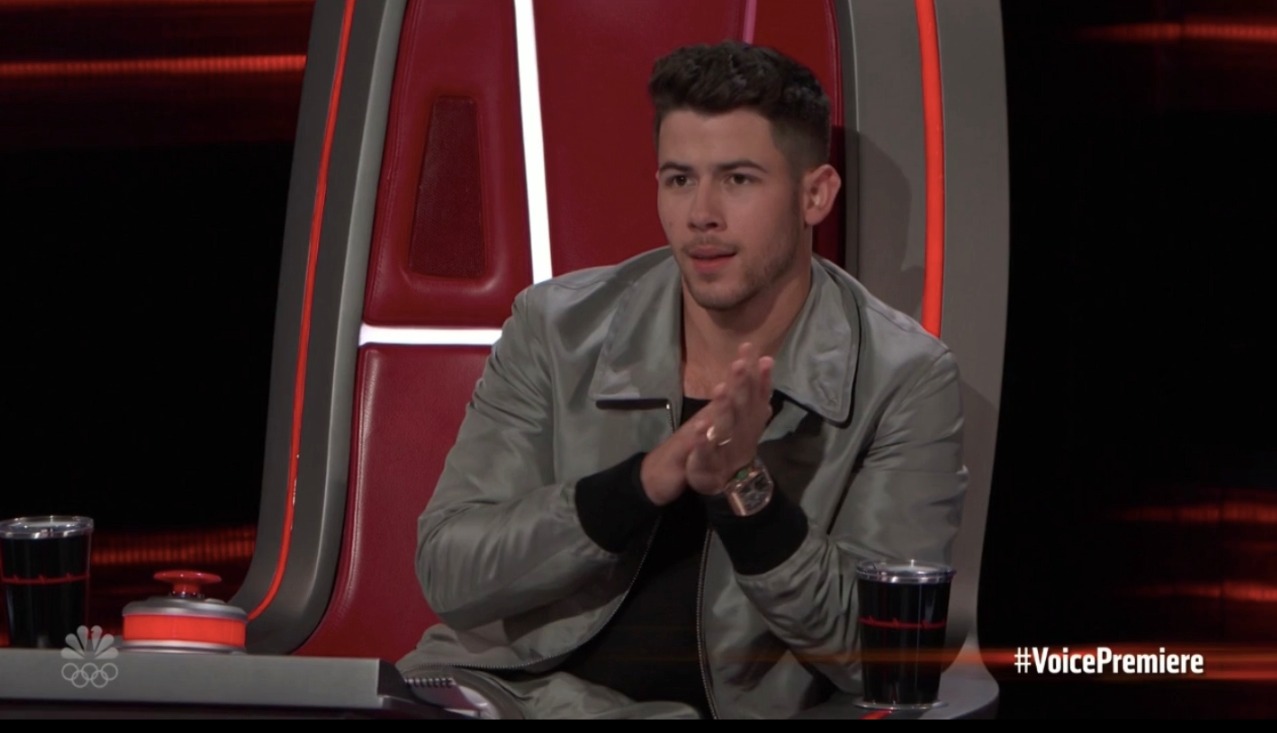 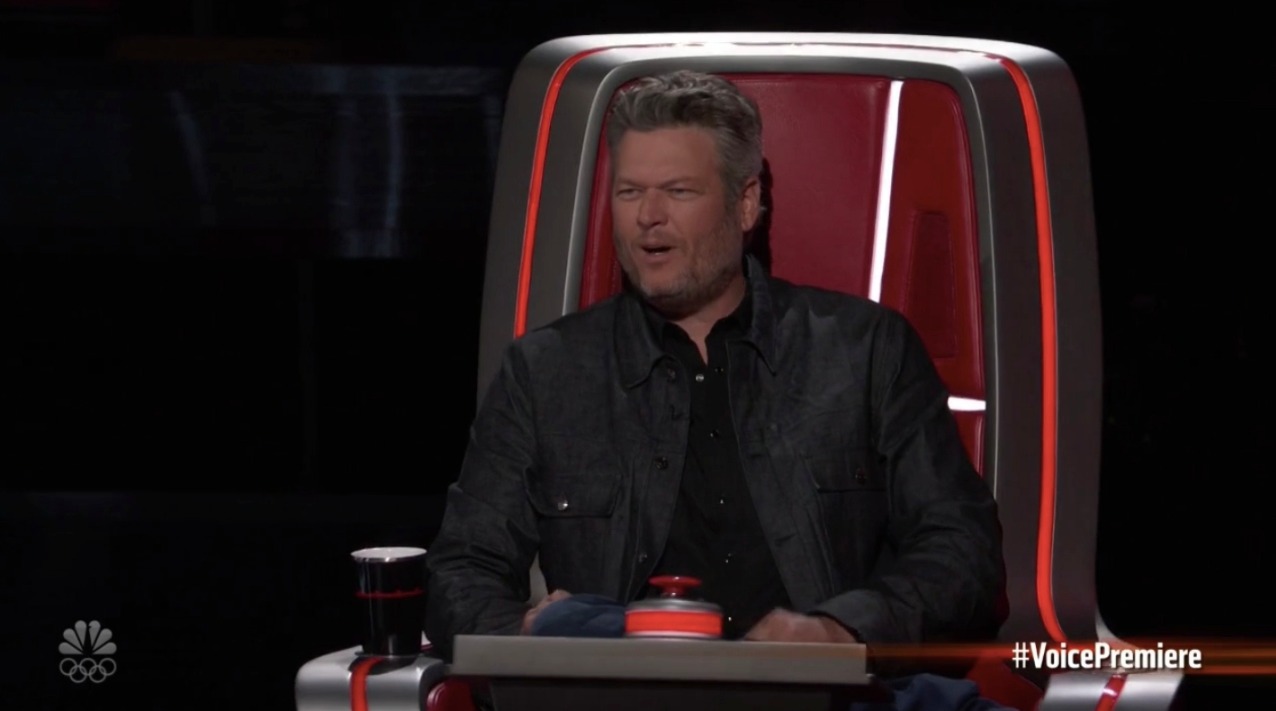 The All of Me singer tried harder to snatch The Voice hopeful when he said his performance was “stunning” and “flawlessly executed.”

In the end, the long-haired singer ends up going with John who jumped out of his chair and ran to give his new team member a hug.

Fans of the show were impressed with yesterday’s season 18 premiere when Nick slammed the other judges for not being able to get a word in.

In an attempt to give heartfelt advice to a teenage contestant, the Jonas Brother raised his voice when Kelly and John began to talk over him.

The Sucker singer stood up from his chair and yelled: “Listen to me! I know I talk soft, but I’ll start screaming if I have to!”

“I KNOW I TALK SOFT BUT ILL SCREAM IF I HAVE TO you tell them Nick,” a viewer tweeted alongside the laughing emoji.

Another person related: “Nick Jonas when he said “I know I talk soft but I’ll start screaming if I have to!” during #TheVoice to try to get his word in is SERIOUSLY ME. All day. Every day.”

Fans have eagerly awaited the boy bander’s debut since news broke in November 2019 he would replace Gwen Stefani, 50, as a coach on the singing competition show.

The Voice airs Monday’s at 8pm EST on NBC.

Leader of BLM-inspired party calls for a 'race offenders register'