The Walking Dead fans are desperate to find out what will happen to Daryl Dixon (played by Norman Reedus), Carol (Melissa McBride), Judith Grimes (Cailey Fleming) and co after it appeared Alpha (Samantha Morton) had them trapped. However, the trailer for episode 11 hints Alpha won’t quite get what she wants as Negan (Jeffrey Dean Morgan) can be seen leading her to a shed.

Alpha wanted the survivors to join her horde as walkers after she brutally kills them.

However, it looks like Alpha’s plan doesn’t quite go to plan as Negan promises he has something she has been wanting for a long time.

It’s not yet known what that is – could it be her daughter Lydia(Cassady McClincy)? Or could it be Carol?

Either way it looks like Alpha is in for a deadly confrontation with one of the survivors. 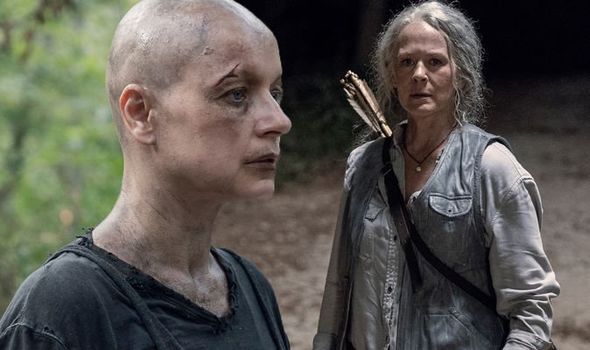 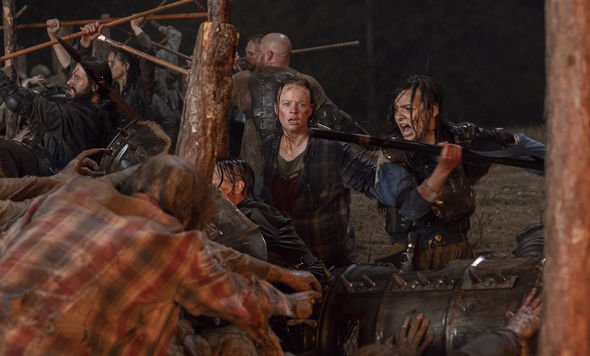 Fans have speculated Carol could be waiting in the shed ready to attack Alpha as revenge for killing her son Henry.

Fuelling the fire even more, Alpha star Samantha previously teased the tension between the two would come to a head.

Speaking exclusively to Express.co.uk at the end of last year, she explained: “It’s complicated isn’t it with Carol’s history.

“Alpha doesn’t really have a history but you kind of had a little bit in episode two with the flashback with Beta.” 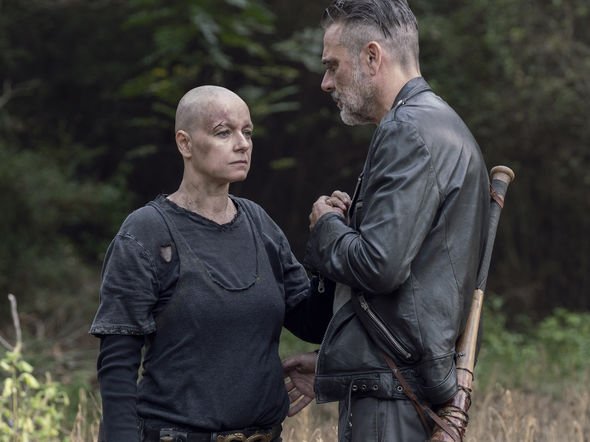 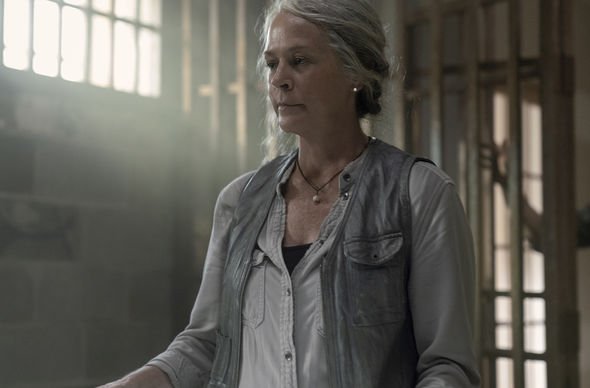 Not wanting to give too much more away, Samantha teased: “I think Angela [Kang] our showrunner has some incredible surprises in store.”

She also said that fans are in for a lot more surprises with regards to the series as a whole with “really brutal” scenes.

“I’m just thrilled to be apart of that world really and it’s not as you think and there’s always surprises I can’t give too much away really,” Samantha remarked.

“I just got back from Atlanta…I’m just loving it really, part of a lifetime I’m loving being a part of the AMC world and I’m loving working with everybody.”

“What I will say to the readers is there’s more twists and more turns and I was reading the scripts saying ‘What!’ but loving it.”

Could this be a hint that Alpha really will be killed off this season with Carol the one to murder her?

It may not be just Alpha who perishes as Nabila actor Nadine Marissa sent out a cryptic tweet about the aftermath of episode 11.

Nabila hasn’t ever been centre-stage but is a much-loved character and the loyal companion of Jerry (Cooper Andrews).

And fans are certain she could be killed off after Nadine tweeted: “Just know I love all of you and have enjoyed the ride!”

Nabila wasn’t seen being killed in the last episode so fans are now worried she will perish in the next instalment.

Fans will no doubt be hoping it’s just a red herring and Nabila will be okay after all.

The Walking Dead continues every Sunday on AMC and every Monday on Fox UK.