The cast and crew of The Walking Dead are producing new episodes for the first time since the COVID-19 pandemic paralyzed the entertainment industry. Showrunner Angela Kang dished details about the team’s new health and safety protocols, including bringing a former military pro on board to supervise. 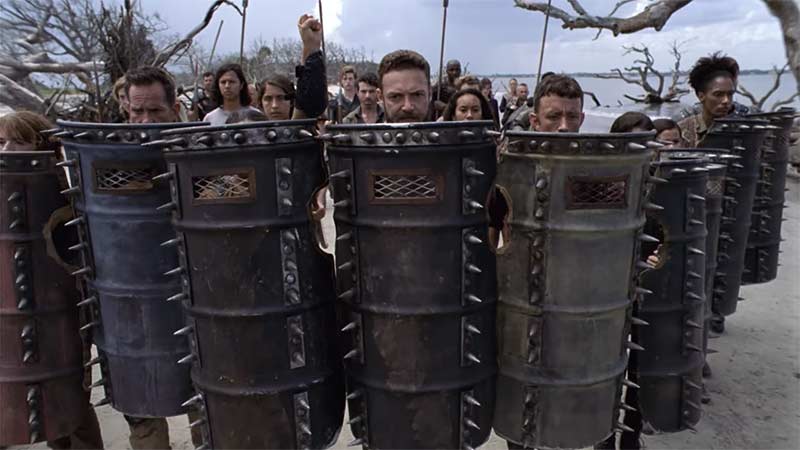 Like most other television shows, The Walking Dead production schedule shifted in the wake of the COVID-19 pandemic.

According to Entertainment Weekly, the show had initially planned to launch filming in May. Kang confirmed to The Hollywood Reporter that the writers continued their work remotely, but the production sets remained dark throughout the spring and summer.

In the subsequent months, The Walking Dead team and AMC regrouped and developed a game plan to resume shooting safely. Kang confirmed at New York Comic-Con that production will kick off in the fall, beginning with six season 10 bonus episodes.

Angela Kang revealed the game plan for filming during the pandemic

NPR.org reported that COVID-19 is more contagious and more deadly than the flu. And the precautions that will be taken by the cast and crew of The Walking Dead are in line with the Centers For Disease Control recommendations for preventing the spread of the illness.

According to what Kang told New York Comic-Con viewers, it took several months, but they now have a solid game plan for safe filming.

“It basically was a months-long process for the production and for AMC to kind of get everything all up and running and safe,” said Kang. “You know, obviously, all the unions that kind of represent the actors, directors, the crew. You know, everybody kind of came together, was consulting with, you know, expert epidemiologists about, like, what’s the safest way to do this. So, when everybody comes back to set to film, it’s going to be like a completely different situation.”

The show’s health and safety supervisor has military experience

Kang described the strict protocols that The Walking Dead team will follow. “You know, it’s like everybody will have masks and face shields, and you know, they’ve done the trailers differently,” Kang explained. “There’re sanitation stations everywhere. There’s, like UV lights and air scrubbers and things on the stages.”

In addition to the new safety practices, The Walking Dead has added a former military health expert to the crew. “There’s a, you know, former military infectious diseases specialist who’s our health and safety supervisor. So, it’s, like, you know an abundance of caution in every way.”

The show will launch production on new episodes with all of the procedures in place. Fans can look forward to the six bonus episodes followed by a 24-episode 11th and final season. The Walking Dead airs on AMC.