The Walking Dead brought an end to Michonne’s (played by Danai Gurira) story in recent episodes, as the character was given her final episode on the AMC show. After spending years hoping to see her missing partner Rick Grimes (Andrew Lincoln) again, and in her final episode of the series, she stumbled upon some evidence.

The wasteland warrior found Rick’s boots and some of his other personal effects, pointing her on the right path.

This event was enough to send Michonne to find him after he was kidnapped last season – years ago in the show.

With Michonne now actively looking for Rick, viewers have surmised that perhaps she will appear in his upcoming films which will supposedly finish off his story.

However, with no details surrounding Rick’s movies out just yet, viewers do not yet know what is going to happen. 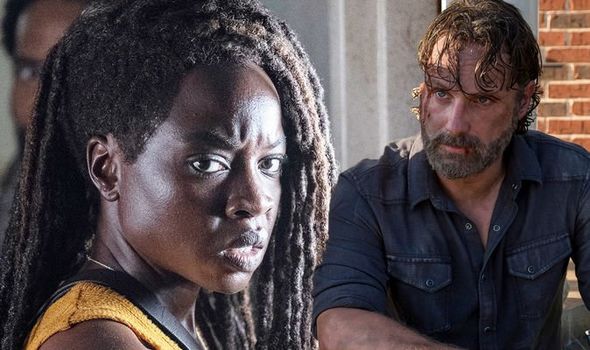 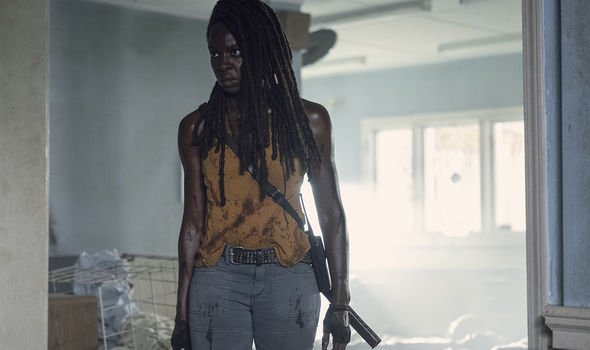 Recently Michonne star Danai spoke to Entertainment Weekly about what is to come for her character.

During the interview the star was asked directly if she will be joining Andrew Lincoln in his film concluding Rick Grimes’ story.

Danai laughed before responding: “I mean, we’ll see how it goes, man. You know what I mean?”

Although this didn’t exactly clear up the ongoing speculation, Danai was quizzed further about her potential place in the Rick Grimes movie. 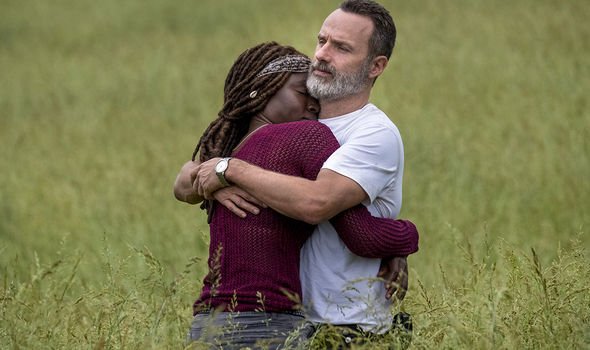 Staunchly against giving anything away, she simply replied: “How many years have I been dipping and diving from your questions, man?”

With no further details on what is going to happen next, fans will simply have to wait and see Rick’s films to see how things continue with the pair.

Later in the interview Danai spoke about leaving the show on her final day on set.

She confessed it was: “Very, very, very emotional. There was a lot of love. I received so much love, I was really blown back by how much love I received from everybody.”

Judith unfortunately lost Michonne as she went off to find Rick.

This means she has now been left in Hilltop without any of her parent figures – except for Daryl Dixon (Norman Reedus).

However, as Negan was the one who brought the Whisperers to Hilltop in the first place, he is certainly the person responsible for it burning down.

Despite Negan being the person who killed Alpha (Samantha Morton), he is the reason a number of the community are dead, or homeless.

Judith’s latest battle against the Whisperers was rather formative for her, and now it looks like she may be better equipped to kill again.

Could she be the one to finally kill off Negan in the coming episodes?

The Walking Dead season 10 returns to Fox UK and AMC later in 2020.