THIS Morning fans reckon Eamonn Holmes was pranked by a certain "Ophelia Butts" on Monday.

The presenter, 60, had viewers at home in stitches after solemnly reading out Ophelia's message about cod balls, during a segment with Ruth Langsford. 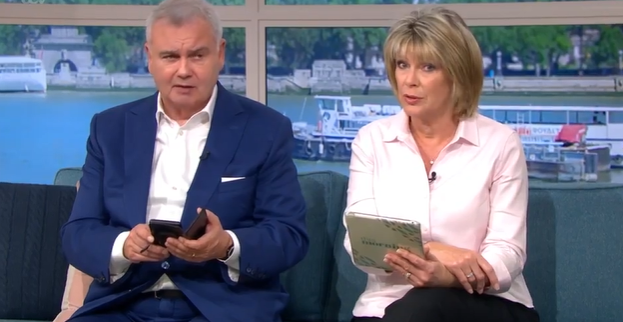 Eamonn was discussing retro food items when he read out the note from Ophelia about Birdseye's "Crispy Cod Fries".

Ruth giggled before asking, "Do they still do them do you think?" 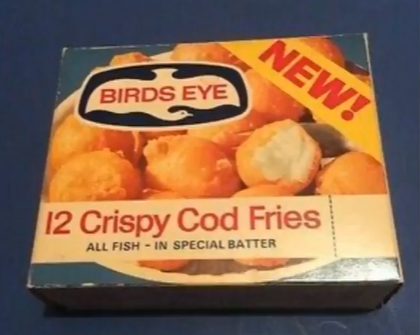 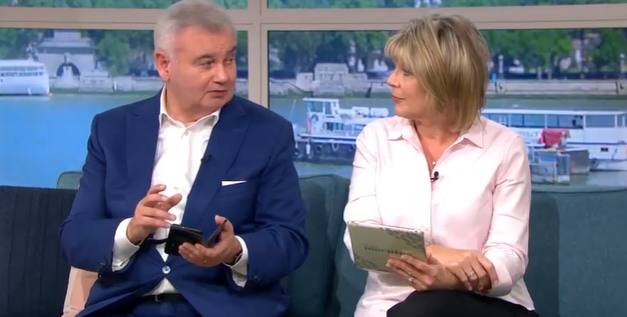 As they observed a photo of the balls, Eamonn concluded: "I think they're from about 1972."

He added: "Instead of getting all these cooks in making all this kale muck and things that people don't want, they should teach you how to make cod balls."

Ruth seemed to agree, saying they should "bring back" cod balls in a retro recipe segment.

While the exchange seemed innocent enough, viewers at home couldn't help but think there was something afoot.

One wrote: "Ophelia Butts? Surely that's a joke," while another added, "Ophelia Butts!" alongside a series of laughing face emojis.

Eamonn raised eyebrows last week when he cheekily asked a caller wearing just a towel to send him a snap.

During a game of Spin To Win, Kelly from Newcastle explained that she had been in the shower during the first part of the show and had answered the phone in just a towel.

Then Eamonn added with a smile: "Send us a picture." 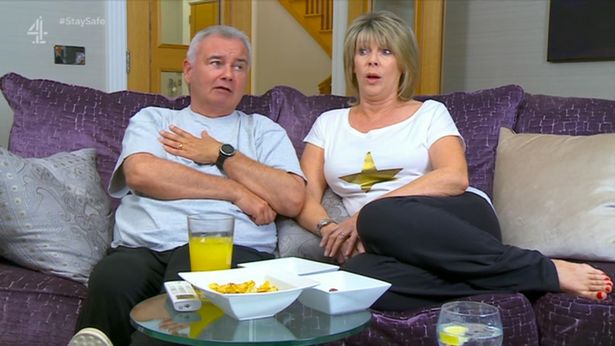 He and wife Ruth are hosting This Morning throughout the summer break as Holly Willoughby and Phillip Schofield take their holidays.

A rotating line-up of other stars will fill Eamonn and Ruth's place on the Friday show they usually present.

Rochelle Humes and Ore Oduba were the first pair to take on the slot, hosting last Friday's show.

As The Sun revealed last night, the slot will be fronted by a roster of guest presenters, including Alison Hammond and Dermot O'Leary.

Knifeman is shot and wounded after stabbing officer

Who Is Queen Elizabeth's Favorite Daughter-In-Law, Sophie or Camilla?

Chilling diary entries of mum who killed her four children