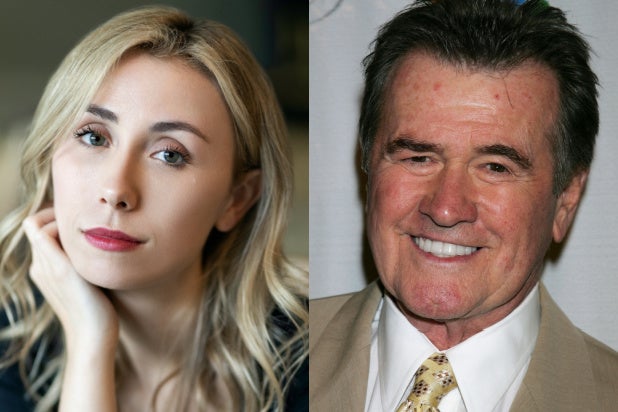 TikTok star Caitlin Reilly has been cast in a “General Hospital” episode paying tribute to her late father, John Reilly.

Appropriately, she will play his onscreen daughter, Annie. The character, previously known as Anna and played by Courtney Halverson, was last seen on the show in 2013.

“Words can’t describe how honored I am to be playing my dad’s daughter on the show,” Caitlin Reilly said in a statement. “I grew up on the set of ‘General Hospital,’ watching him work for years, so it’s exciting to dive into a new character in honor of him. He’ll absolutely be by my side in spirit on set rooting me on. It fills my heart with gratitude to be a part of this tribute to him, and to feel so close to him working on a show he loved so much doing.”

John Reilly, a soap opera veteran, starred as Sean Donely on “General Hospital” for more than a decade before leaving the show in 1995. His last appearance came in 2013 for the show’s 50th anniversary.

The actor died in January at the age of 84. In an Instagram post at the time, Caitlin remembered her father as “the best person in the world.”

Born in Chicago, Reilly got his start on shows like “As the World Turns” and “Dallas,” where he played talk show host and J.R. Ewing confidante Roy Ralston. Reilly was introduced to “General Hospital” in 1984 as a villain in playing retired spy Sean Donely, who squares off with Luke Spencer and his former spy associate, Robert Scorpio, as they searched for an Aztec treasure.

After a redemption arc in which Sean helped protect Robert’s family, Sean married fellow cast member Tiffany Hill in 1988. Reilly left “General Hospital” in 1995, but returned for the season finale of the show’s spinoff, “Night Shift,” in 2008 and again in 2013 for the show’s 50th anniversary.

Motorist spots 'monolith' in the sky near Utah