Despite Paul leading the way for much of tonight’s Tipping Point, it was Sally who made it into the final round with the chance to take home £20,000 for her chosen charity. Unfortunately, it seemed the Tipping Point was going to make things very difficult for her to win the jackpot.

The first two coins failed to help tip the jackpot counter over the edge and she only had one chance left to win big.

After seeing the penultimate coin fail to budge any of the counters, host Ben Shephard and Sally looked at the machine with despair.

Turning to Ben, Sally declared: “I used to love this game,” as he groaned in anger. 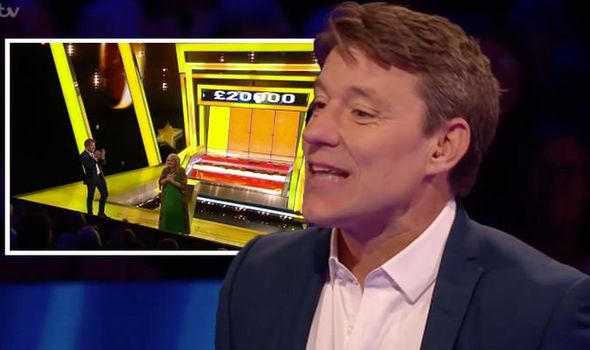 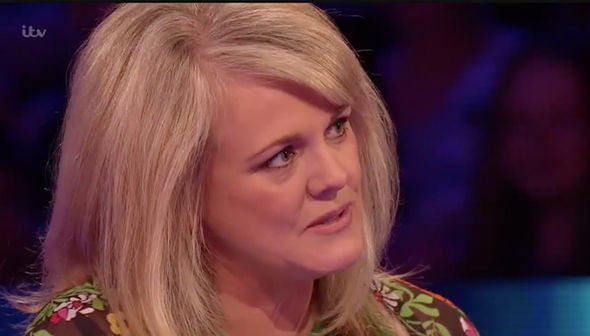 “Right, one more to go,” he said turning his attention back to the game. “Drop zone four?”

Sally confirmed: “Yes please Ben,” and launched the final counter into the machine.

It fell on the opposite side of drop zone four to where the jackpot counter lay suggesting it was game over.

But Ben declared: “Don’t give up on it yet! A bit of lateral, it could squeeze all the way.” 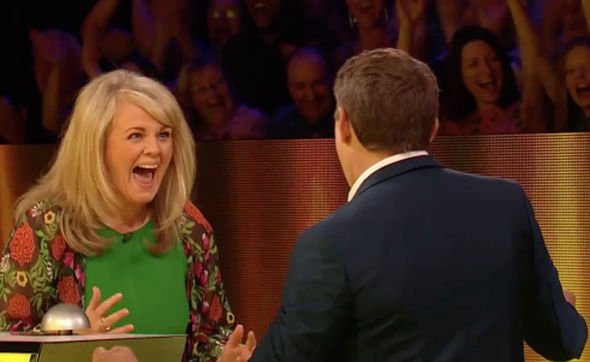 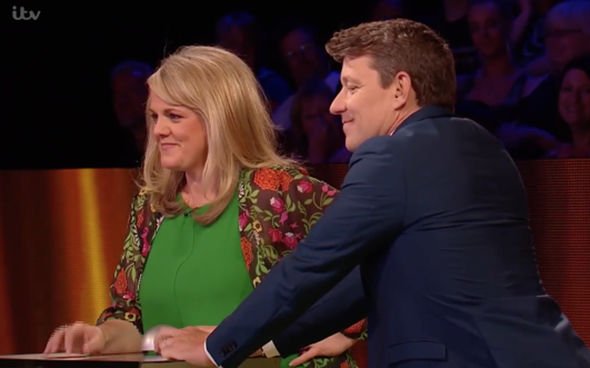 Luckily, one counter was pushed onto the second shelf, with the audience gasping excitedly.

As the machine moved forward, Ben excitedly remarked: “Question is, is that black counter going to shove it forward?”

In that moment, the jackpot counter was tipped over the edge and both Ben and Sally screamed with delight.

Lost for words, the pair hugged as they celebrated the actress’ victory.

“I can’t tell you how many times I’ve watched this how and gone, ‘Oh it’s not going over for them,’ and it went over for me. Thank you so much.”

It wasn’t just Ben who was happy about Sally’s win as viewers at home were also rooting for the star to take the jackpot.

“@sally_lindsay just won #TippingPoint. I LOVE her! I’ve never wanted someone to win so much,” one viewer posted on Twitter.

Another added: “Yes well done Sally!!!! So happy for you phew that was close. What a fantastic charity and very worthy win for a down to earth lady #tippingpoint.”

A third continued: “Congratulations @sally_lindsay on winning £20,000 such a lovely sounding charity it’s going to as well #tippingpoint.”