The actor, 40, pointed a rifle overboard while wearing a red silk smoker's jacket and a burgundy shirt. 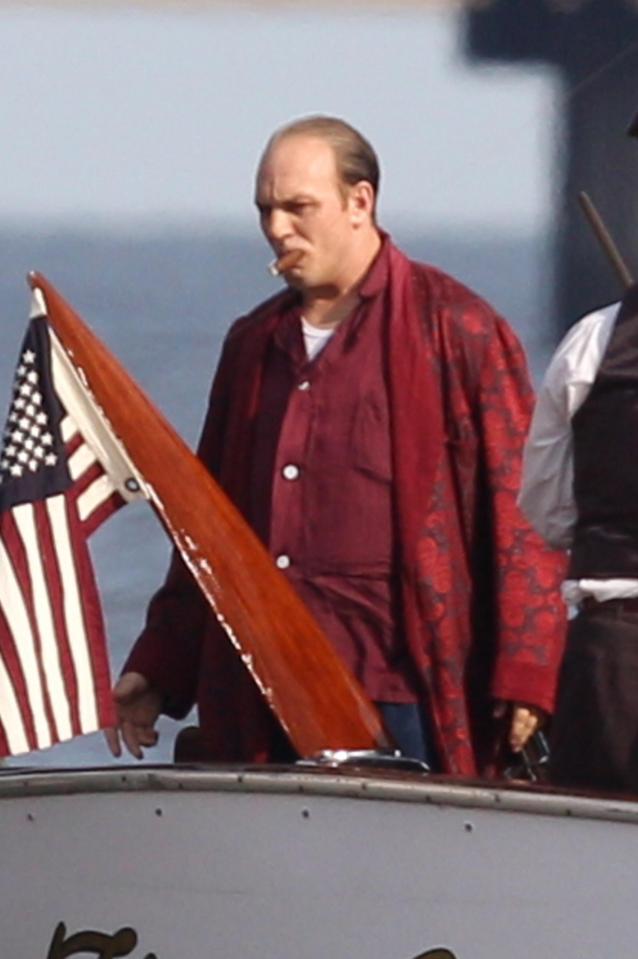 Hardy and Dillon can be sitting looking relaxed as the fish off the back of the boat.

The leading man catches a big fish but the rod is ripped out of his hands.

He heads into the cabin to fetch the rifle to shoot into the water, however, Dillon grabs the rifle out of his hands.

Tom's been mixing his looks up in recent months, from trim in his blockbuster Venom to balding and overweight in Fonzo. 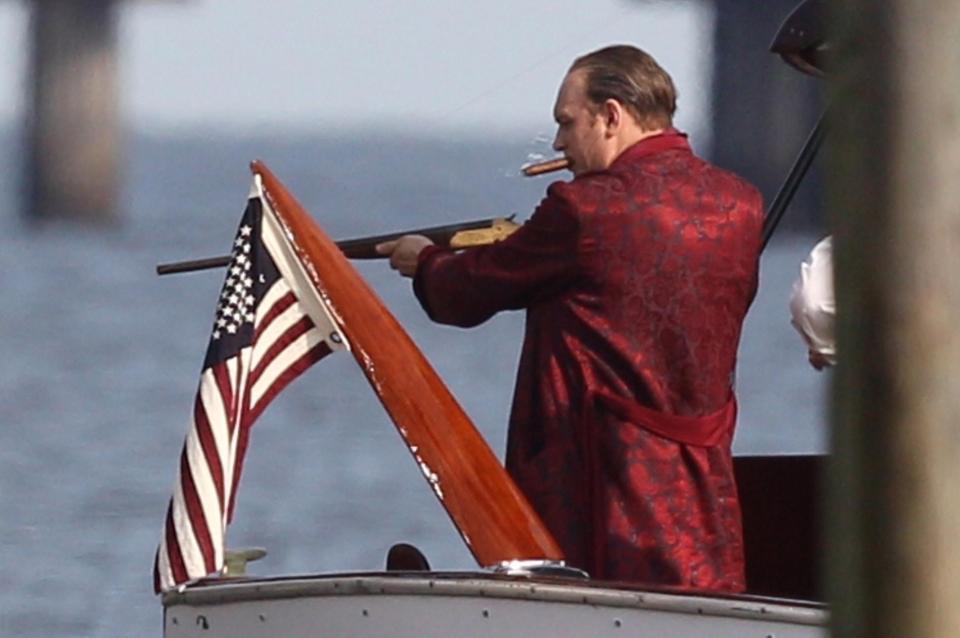 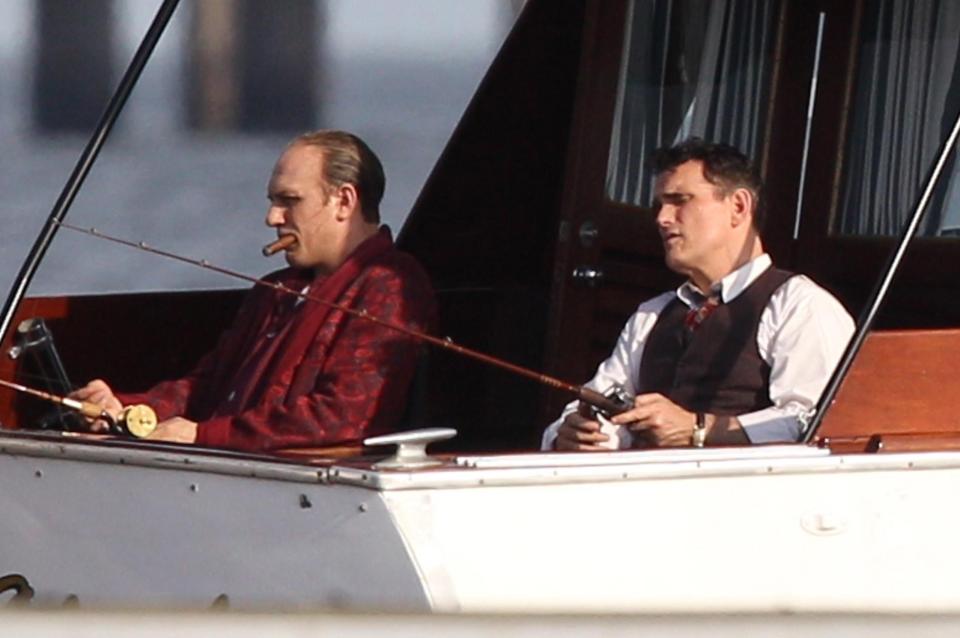 And last month Tom shared a hilarious throwback to when he was a young thespian in a period drama.

Dressed in a wig and a Shakespearean costume, the now world famous star, 40, posted a pic of himself and a pal as young actors at the beginning of their careers.

The two men are seen pulling a serious pose as they get ready to take to the stage.

Making fun of the hilarious photo, Tom wrote: "We all have to start somewhere ? Shakespeare and we wasn’t ready for it." 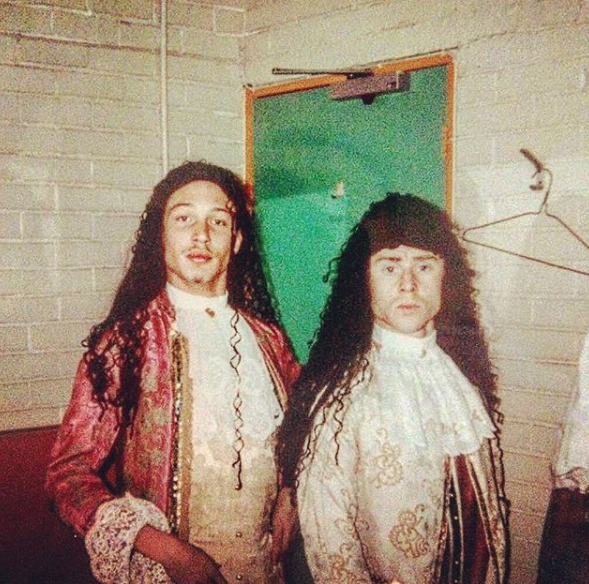 Tom knew he wanted to be an actor from a young age, and studied his craft at Richmond Drama School and the Drama Centre London.

The film star won TV show The Big Breakfast's Find Me a Supermodel competition when he was 21, securing a contract with Models One.

But acting was always his passion and he had to leave drama school early after landing a role in award-winning mini-series Band of Brothers as US Army Private John Janovec in 2001.

That same year, he made his feature film debut in Ridley Scott's war thriller Black Hawk Down.

Since then he has starred in many Hollywood blockbusters including Legend, Dunkirk and The Dark Knight Rises. 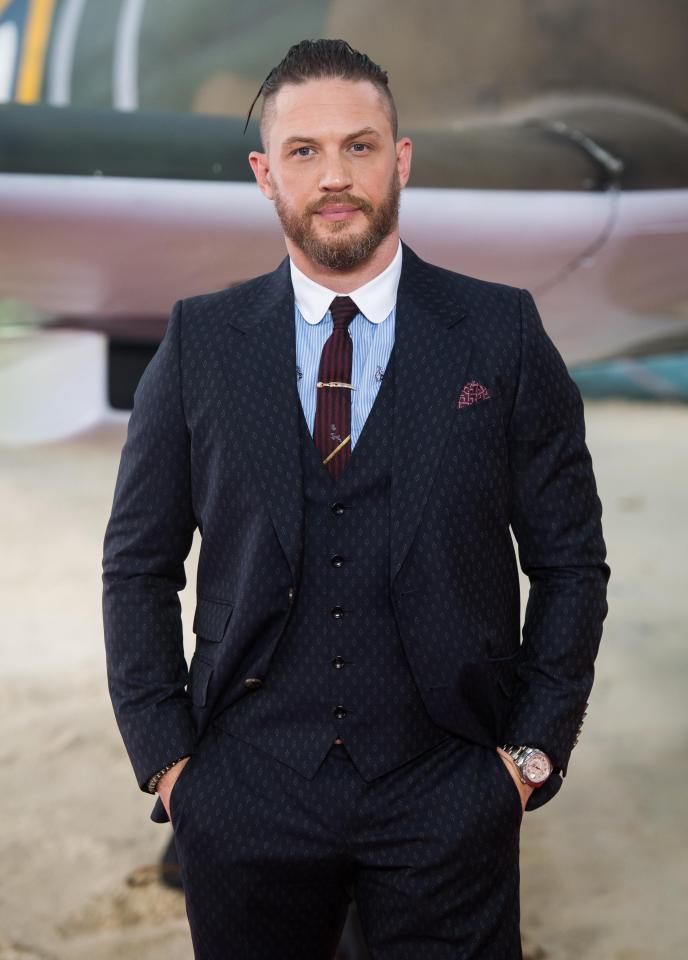 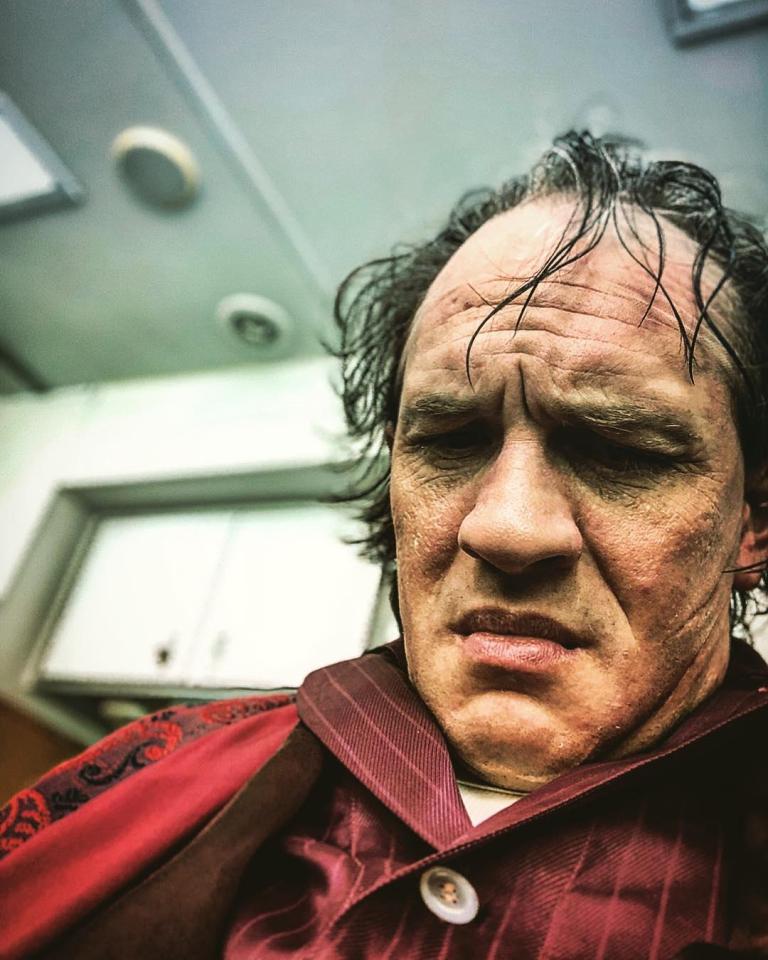 The hunky actor looked totally unrecognisable behind make-up and prosthetics to make him look older.

The Peaky Blinders actor will play Al Capone in his latter years as he suffers from dementia in the new film Fonzo.

Movie makers say it will show “his past becomes present as harrowing memories of his violent and brutal origins melt into his waking life.”

In a series of black and white images, Hardy gives fans a taste of what he'll look like in the upcoming film. 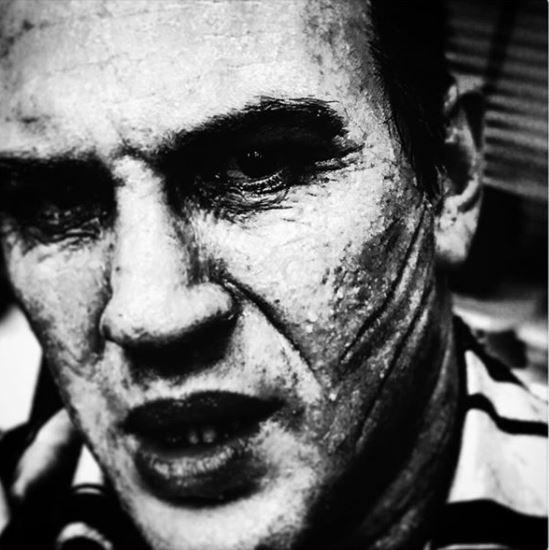 In one image he wrote: "Mega awkward character misstep."

The biopic is directed by Josh Trank (Fantastic Four) and will see Hardy follow in the footsteps of award-winning actors Rod Steiger, Robert De Niro, and Ben Gazzara, who have all played Al Capone.

The American mobster, who went by the nickname of Scarface, reigned as crime boss for seven years in Chicago.

He was dubbed "public enemy number one" after the Valentine's Day massacre which saw seven gang rivals murdered in broad daylight. 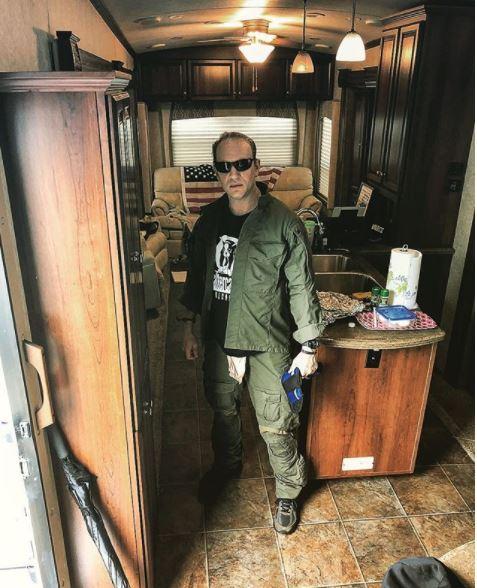 Tom has been working on this and a Spiderman spin-off film called Venom, which the actor will lead.

He is also likely to be working on a second season of Taboo after its return was announced.

Fonzo does not yet have a release date.

Tom has starred in some of Hollywood's biggest blockbusters and most critically acclaimed films in recent years.

He has worked alongside Christopher Nolan on Batman: The Dark Knight Rises, Inception and Dunkirk.

In 2015 he won praise from fans and pundits for his leading roles in Mad Max: Fury Road and The Revenant.

The hunky actor has developed something of a reputation for playing the bad guy.

And the actor even had a cameo appearance as Stormtrooper in the latest Star Wars film.

The HILARIOUS moment Prince Harry scolds a member of the public

17-Year Old Az. Girl Goes Missing After She Was Heard Screaming — and Boyfriend, 24, Is Suspect