The 28-year-old DJ hosted the event at BH Mallorca on the Spanish Island earlier this month and was joined by his close pal, Dapper. 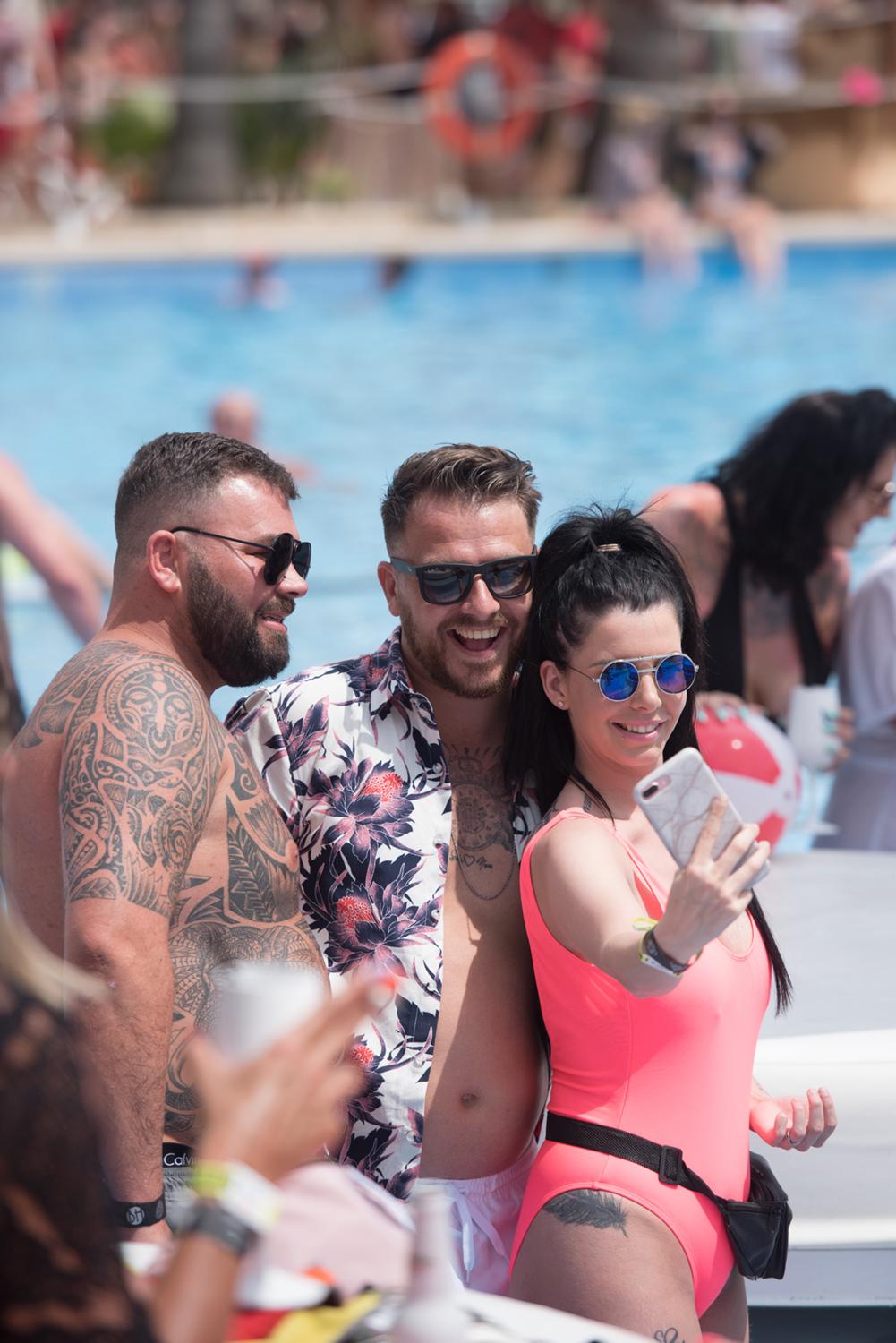 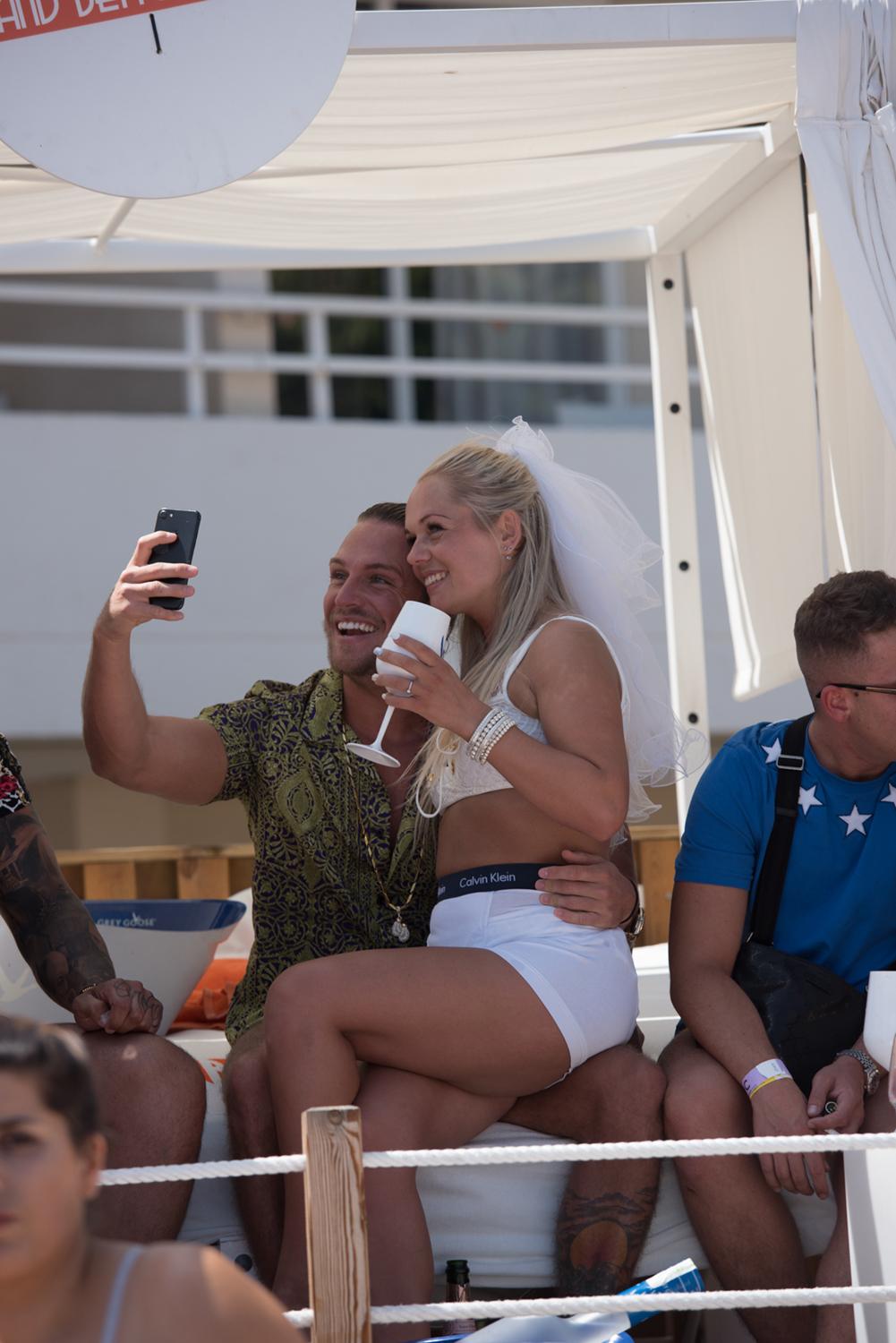 The comedian – real name Daniel O'Reilly – was in high spirits as he supported his pal, and both men chose to wear bold summer outfits for the party.

Tom a patterned shirt – which he left mostly open to show off his pecs – and matching shorts, while Dapper, 33, opted for a white shirt with pink and blue flowers on it and a pair of white shorts.

Both men were happy to pose for pictures with revellers, many in bikinis, while Tom even accommodated a bride on her hen do, taking a selfie as she sat on his knee.

When the DJ wasn't on the stage getting the crowd in the party spirit, he chilled in a cabana with his friends, clearly having a good time in the sun. 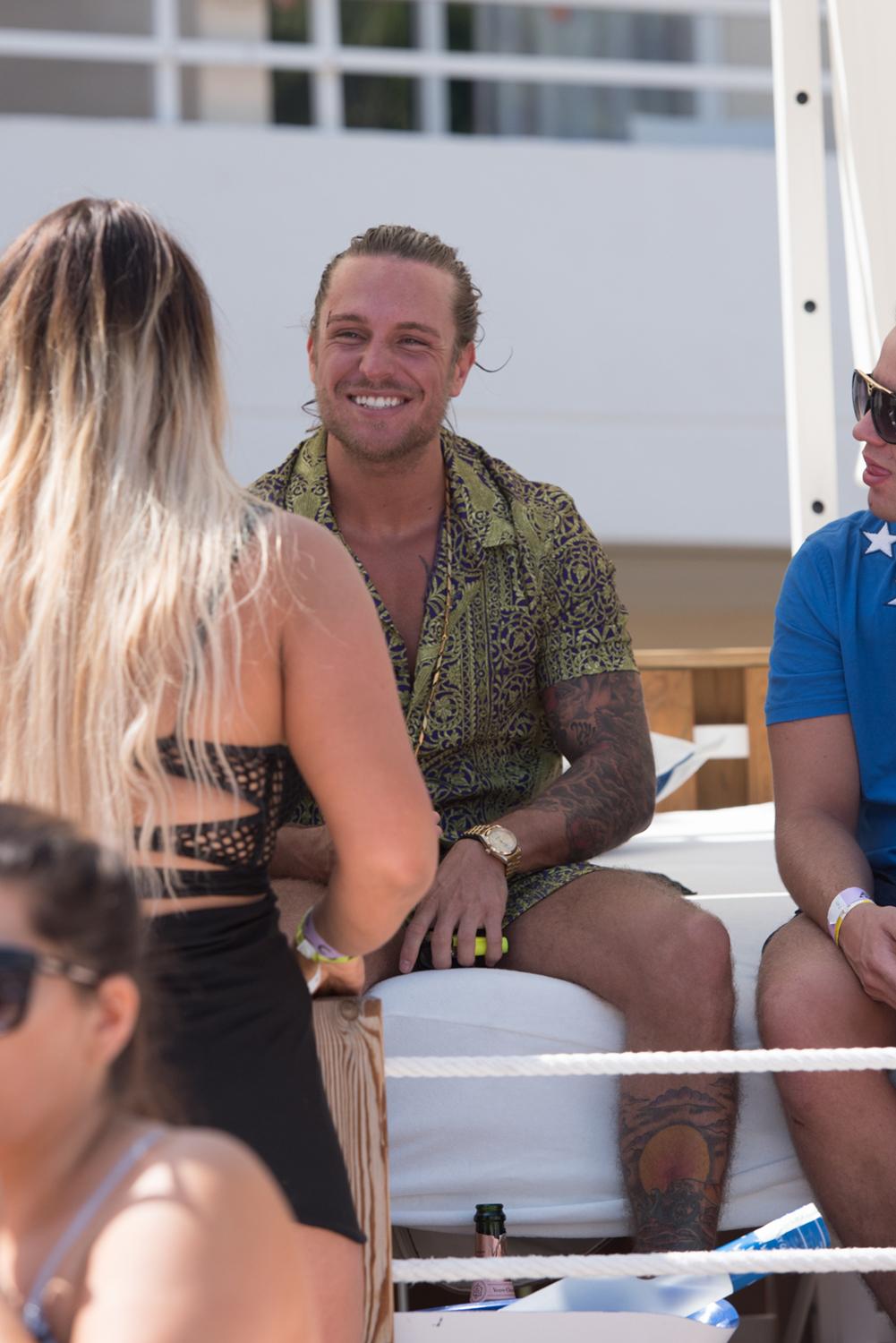 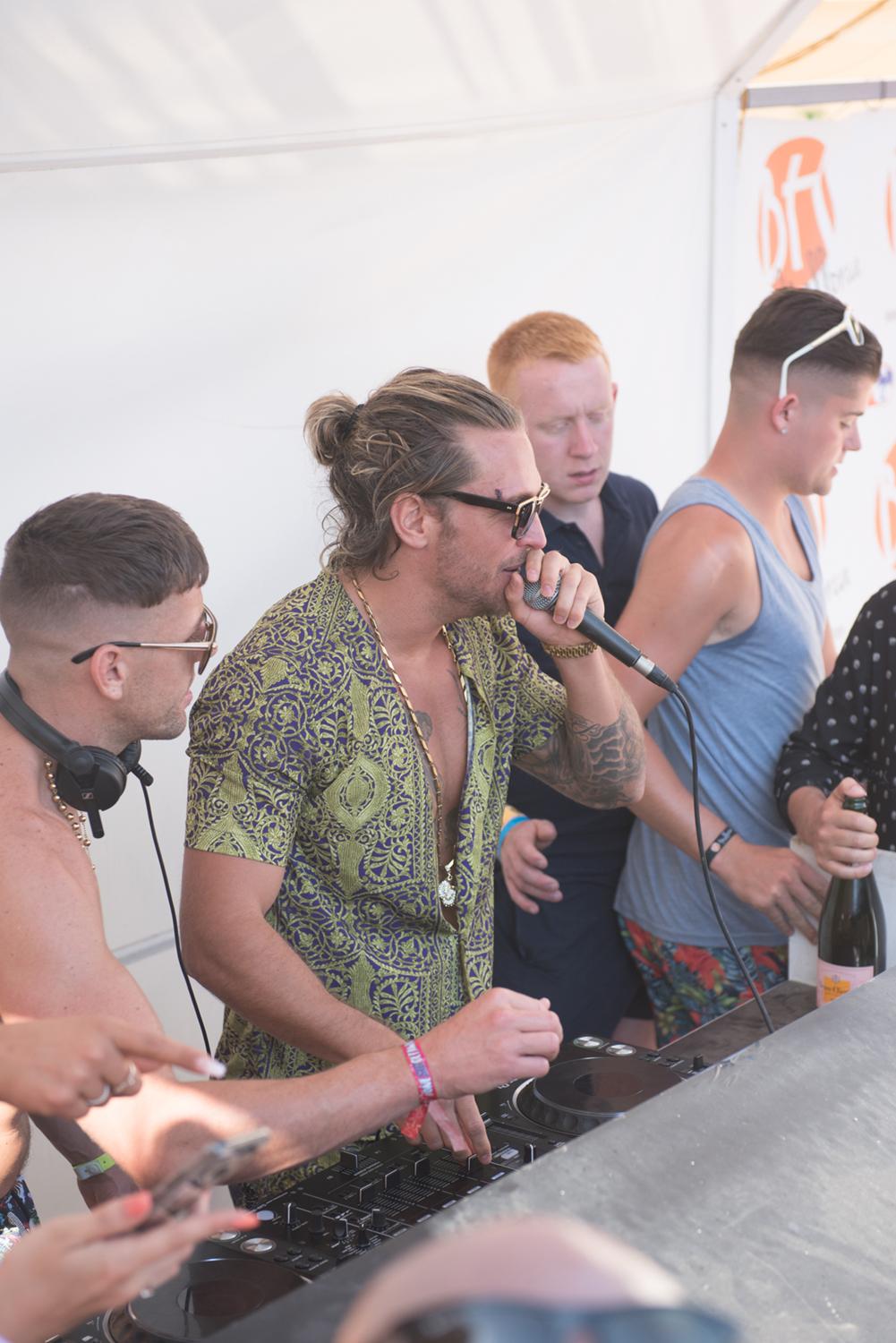 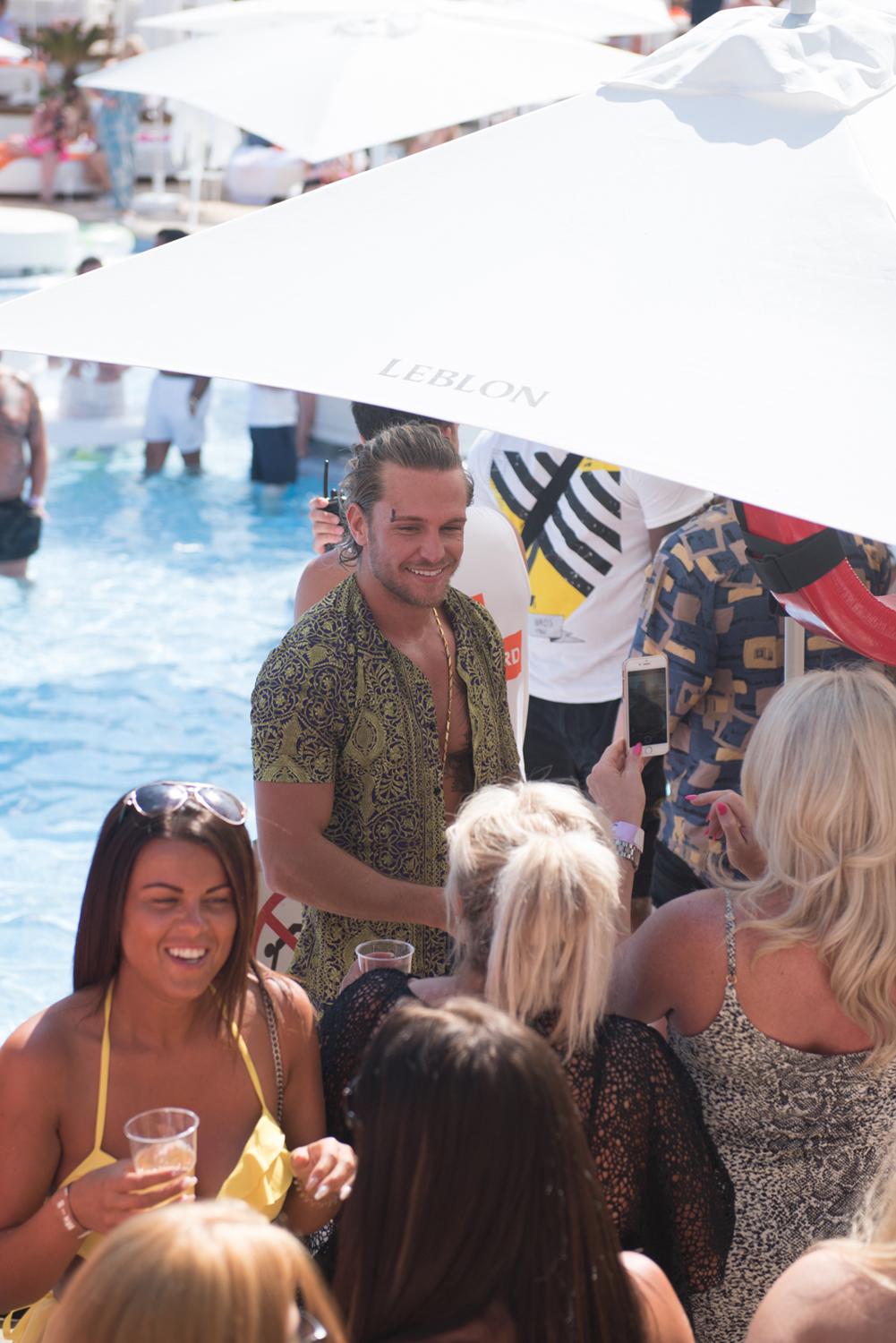 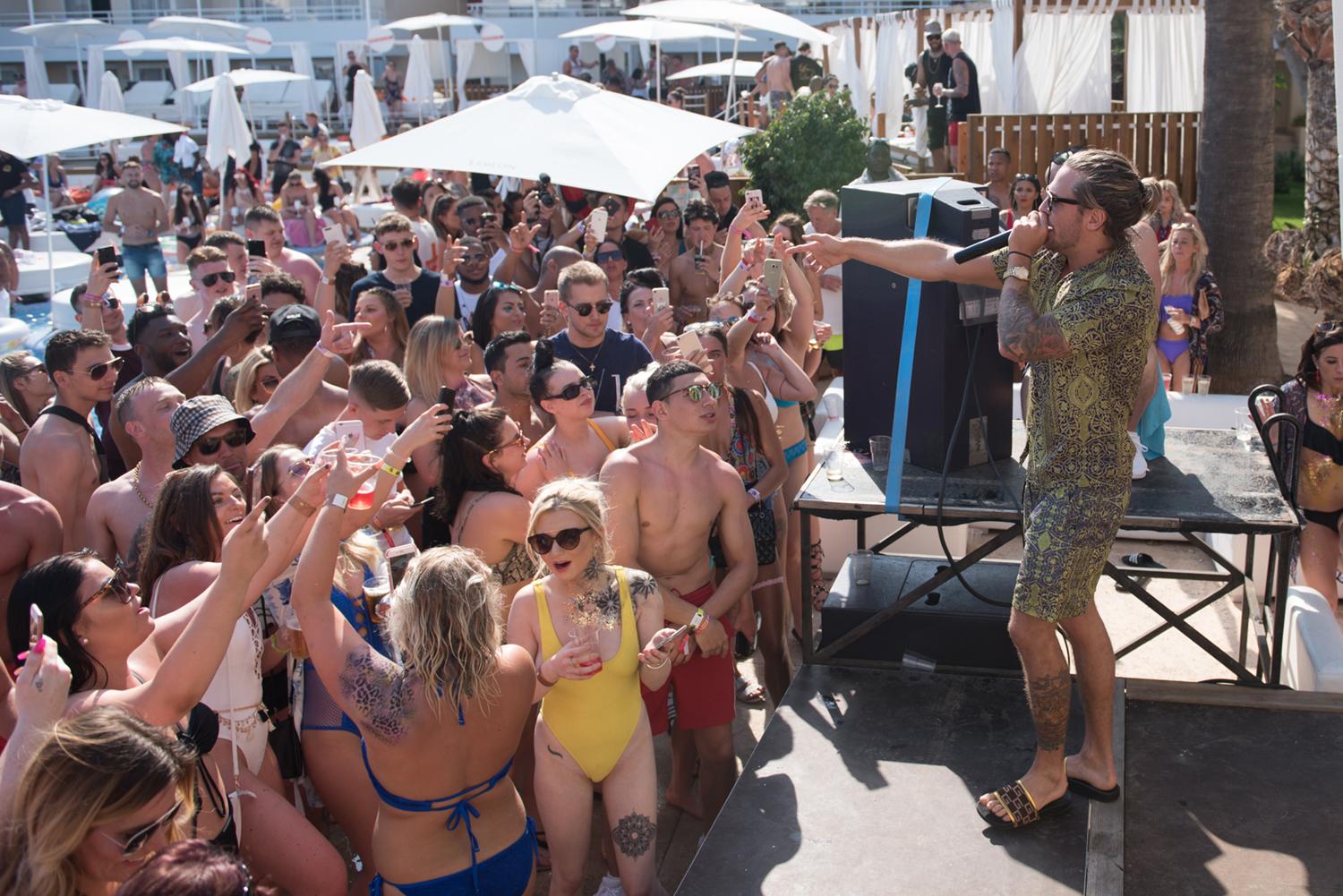 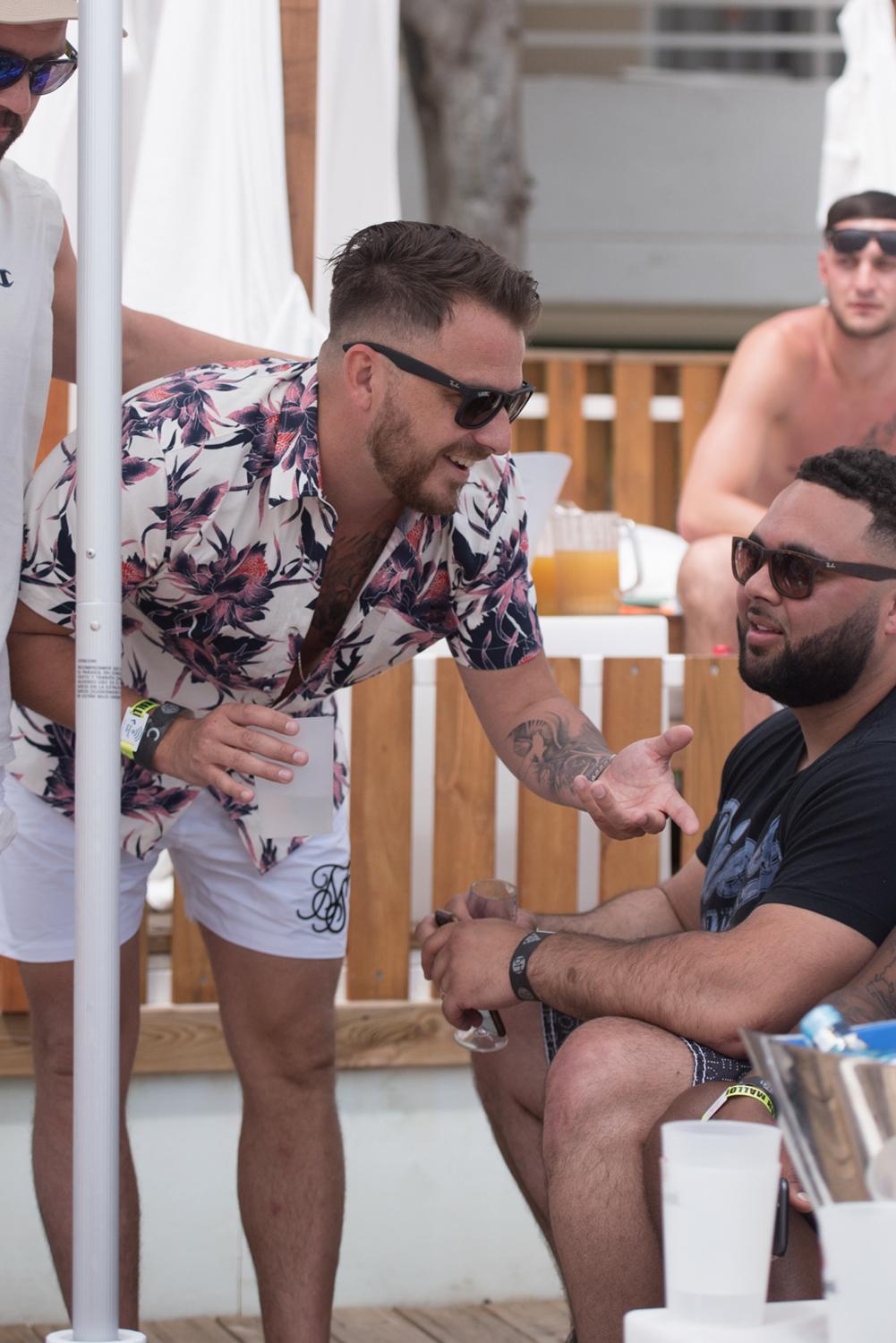 Earlier this year, Dapper took part in Celebrity Big Brother, and was the eighth housemate to be evicted.

During his exit chat, he proposed to girlfriend Shelley Rae, giving her a ring he fashioned while in the Channel 5 house.

During his exit interview with Emma Willis, Daniel turned to his girlfriend, 27, and said: "When I was in the house, every day I was regretting that I've never asked you this so, will you marry me?"

He added: "Sorry about the ring, Ginuwine made it for me. We'll trade it in for better paper." 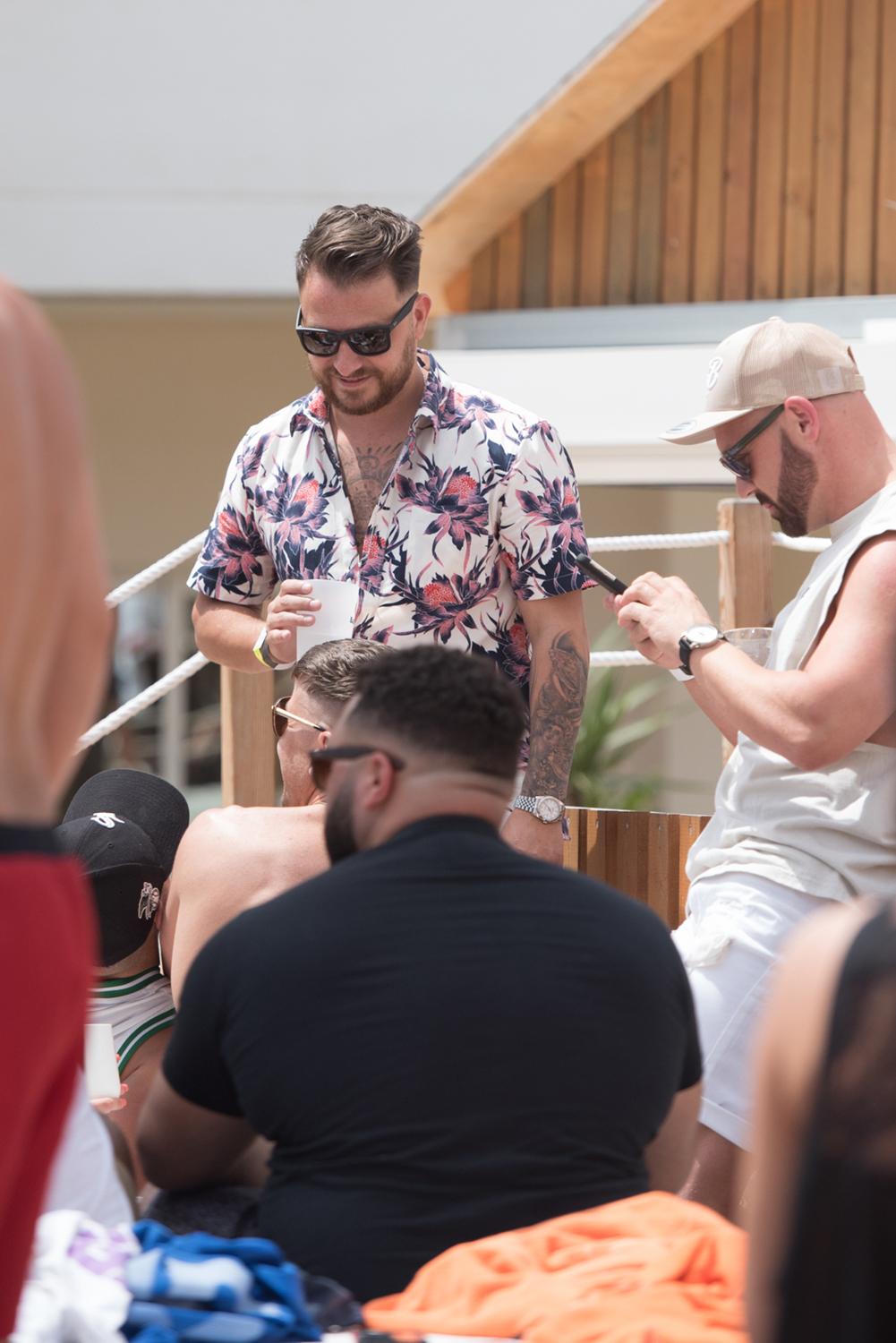 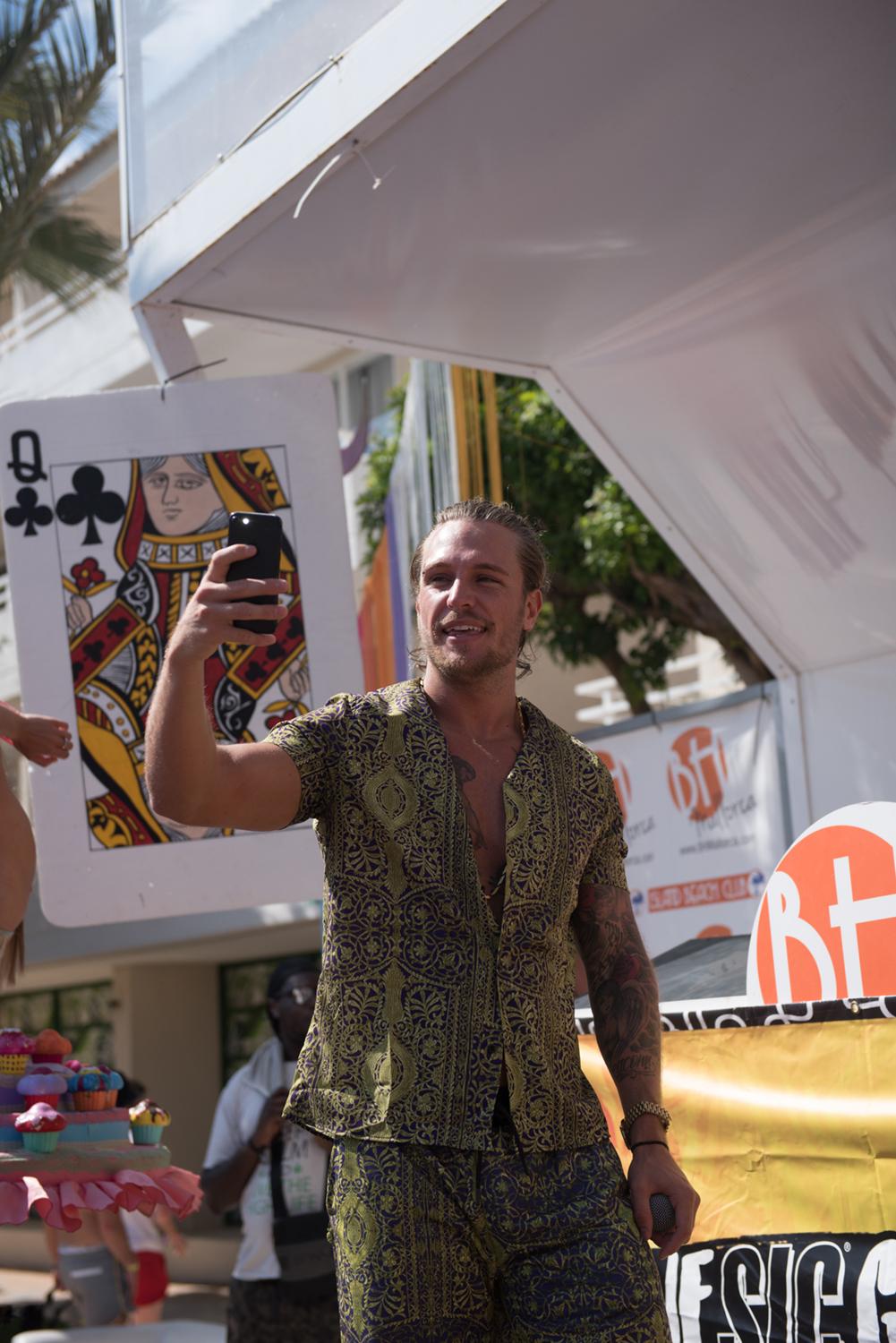 Shelley – who gave birth to the couple's first child, a baby girl called Neve in December 2016 – was overcome with emotion and sobbed into Daniel's jacket as he kept a tight hold of her throughout the rest of the interview.

He added: "I'll double check with your dad afterwards if that's OK."

Meanwhile Tom made headlines last year after working with Katie Price on a dance track amidst her marriage drama with husband Kieran Hayler. 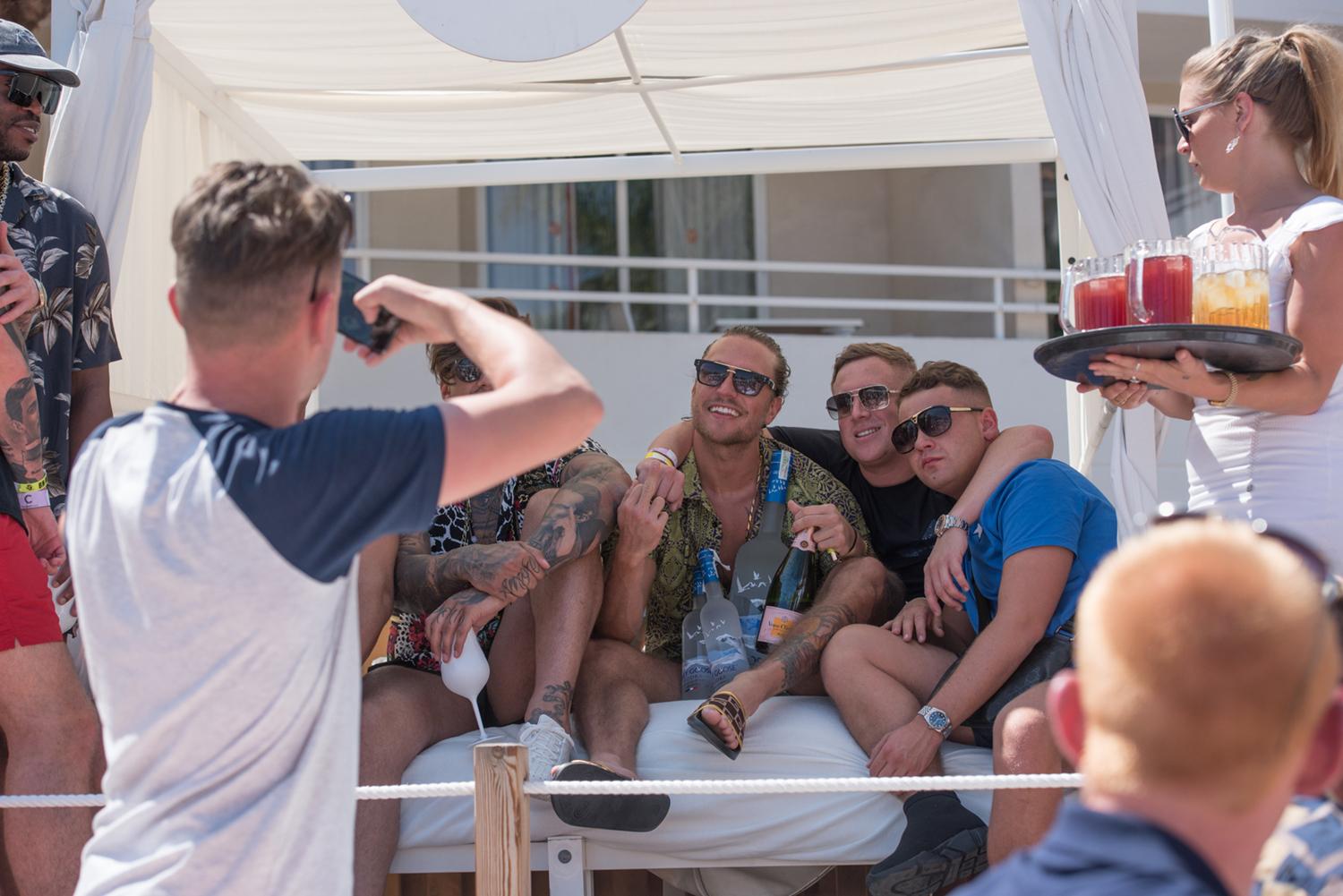 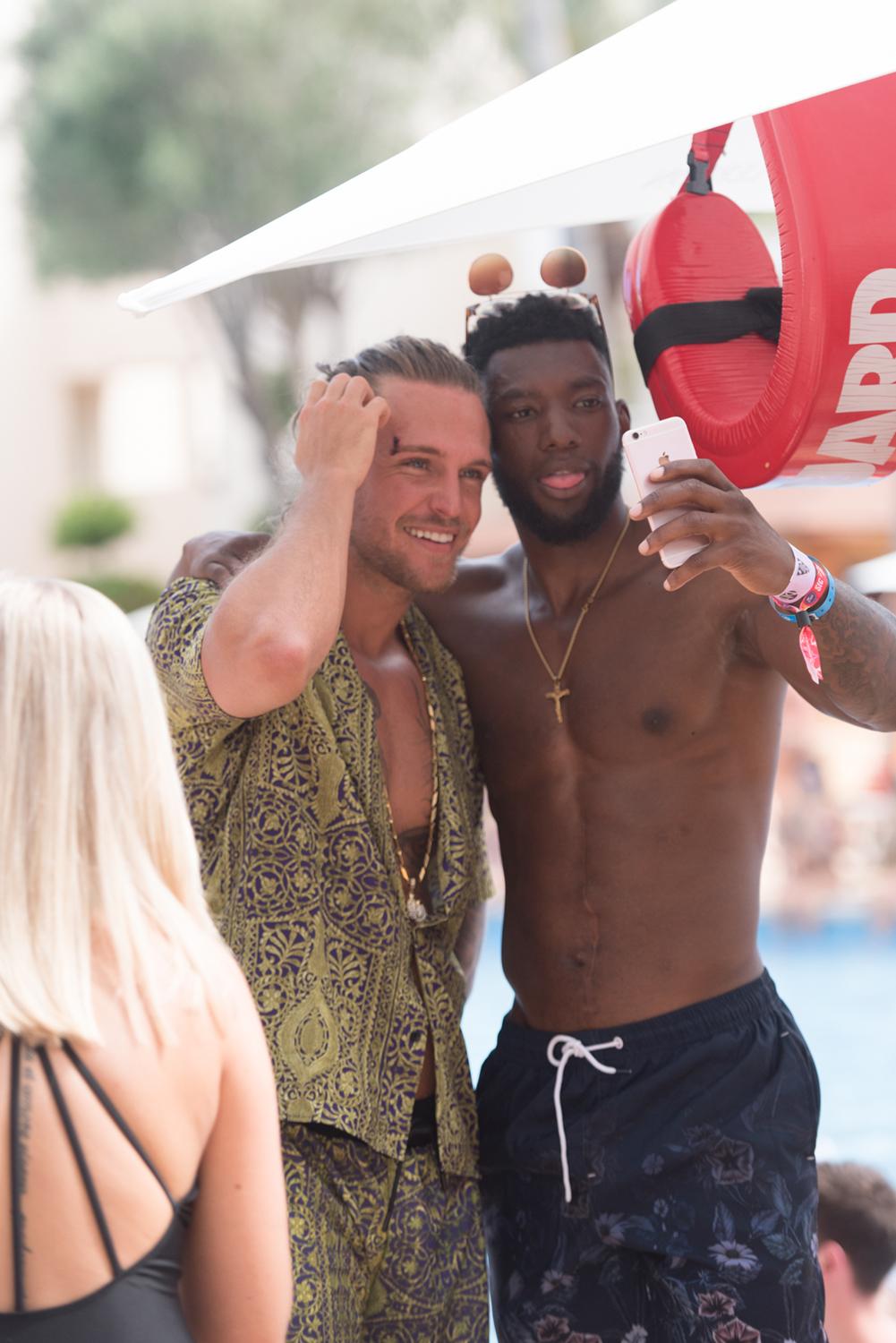 Several dead after car drives into crowd of children

It's official kids, dad jokes are back in fashion, here’s 10 of the worst (sorry, we mean best)

Cardinal accused of covering up sex abuse to meet with pope

Spectacular blood moon ‘to bring end of the world’ next month