CHLOE Ferry showed off her killer curves as she posed toplessin nothing but her Barbie pyjama bottoms.

The 25-year-old reality star told her 3.6million Instagram followers how she was "over" drinking and enjoyed exercising more as she got ready to hit the gym again. 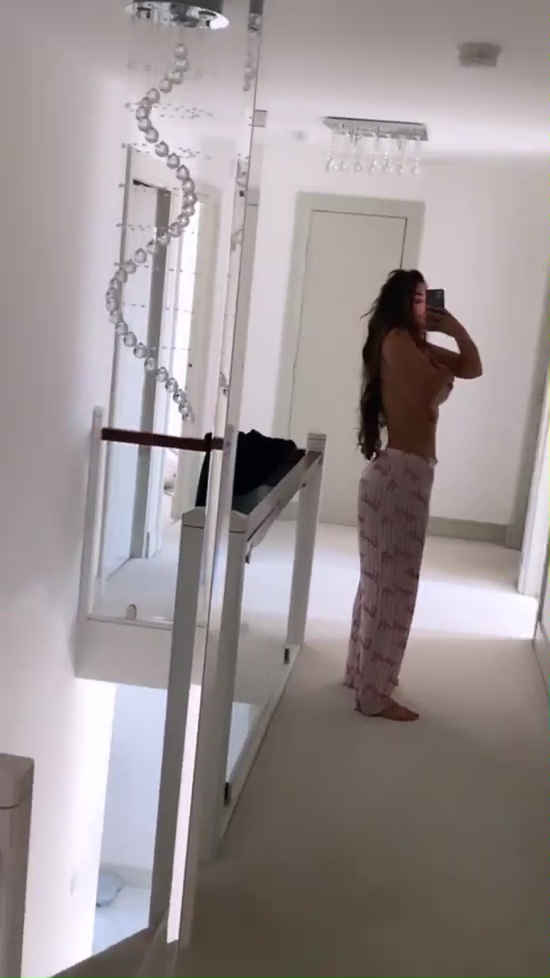 Chloe lay topless in bed as she explained how she overdid it when lockdown restrictions eased and regretted getting so boozy.

"I don't know if anyone can relate to this. but since the bars have opened I've been going berserk and I've had five-day hangovers, I'm not going to lie," the Geordie Shore star said.

"I've come to the conclusion, that's it, it's Monday I'm back to training, back to my long walks, back to working out.

"I prefer doing that to drinking. Drinking just f***s you for too many days. I've not been feeling myself, I've been feeling dead down and it just doesn't interest [me] as much anymore." 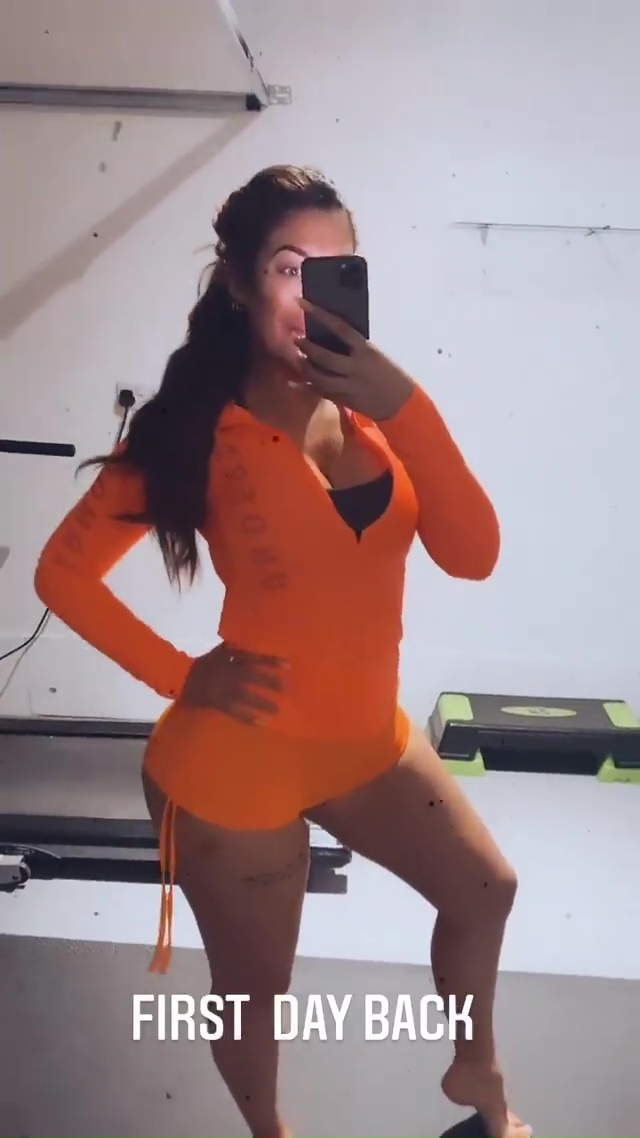 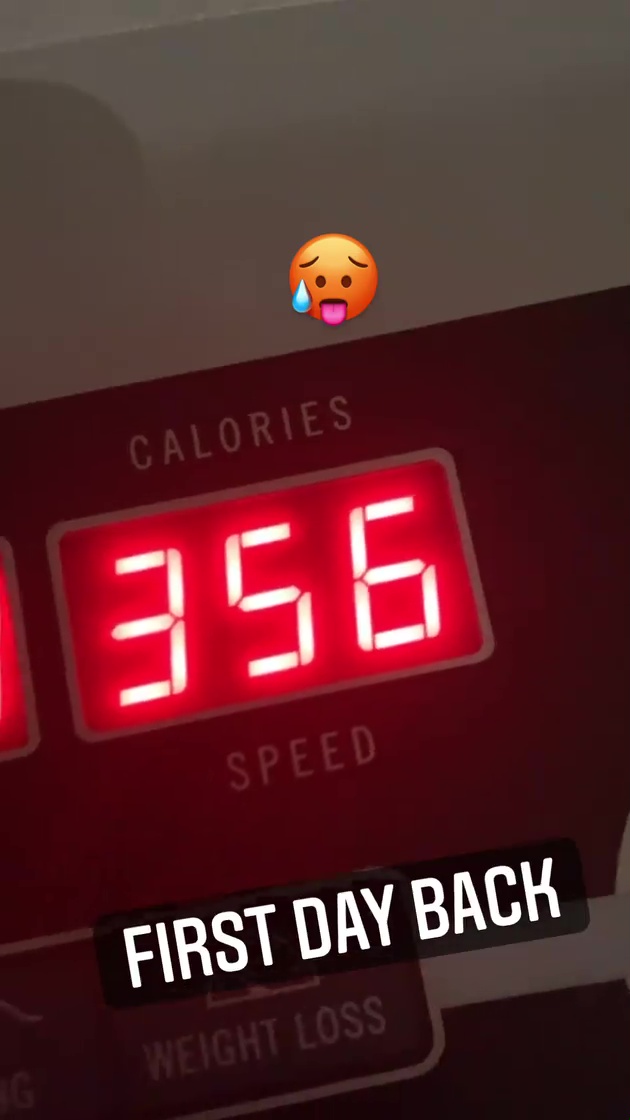 She added: "I don't know if that's if I'm getting older, probably I'm getting dead boring to be honest, but I prefer working out and training and eating good.

Chloe then told her fans that she's in a "much better head space when I'm not drinking" and revealed drinking alcohol was "not worth it".

"I'm so excited for this week, I'm going to be so clean with my food, long walks, I'm starting training today because my toes are finally not broken anymore." 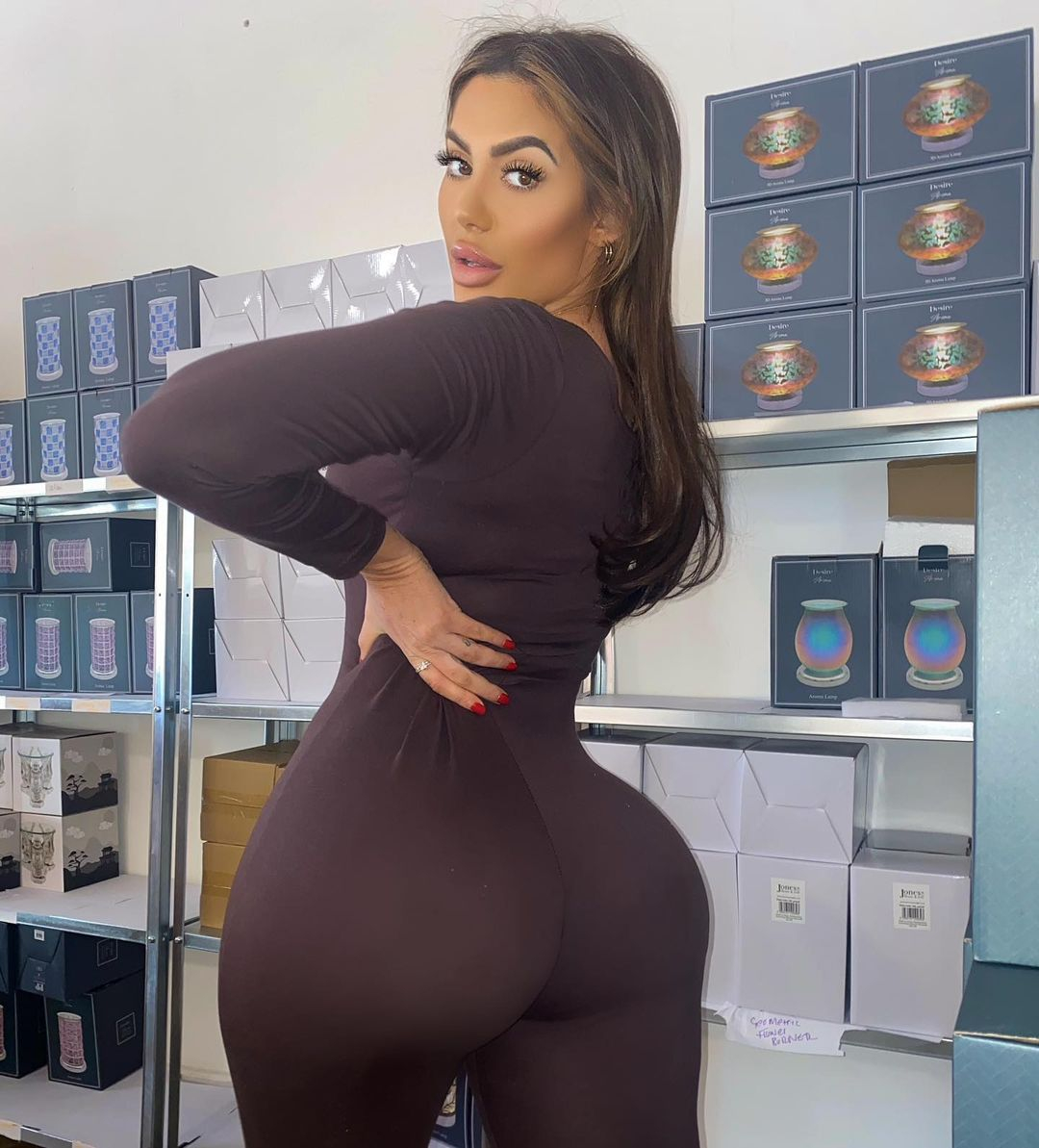 The TV personality then jumped out of bed to pose topless with nothing but the bottoms of her Barbie pyjamas in her Newcastle home, before changing into neon-orange workout gear.

She then shared her efforts of burning an amazing 356 calories in a short time on her home treadmill.

Chloe then made a vow to drink two litres of water a day before heading out for a 45-minute walk near her home with her two dogs.

The star broke her toes earlier this year after managing to lose an impressive two stone. 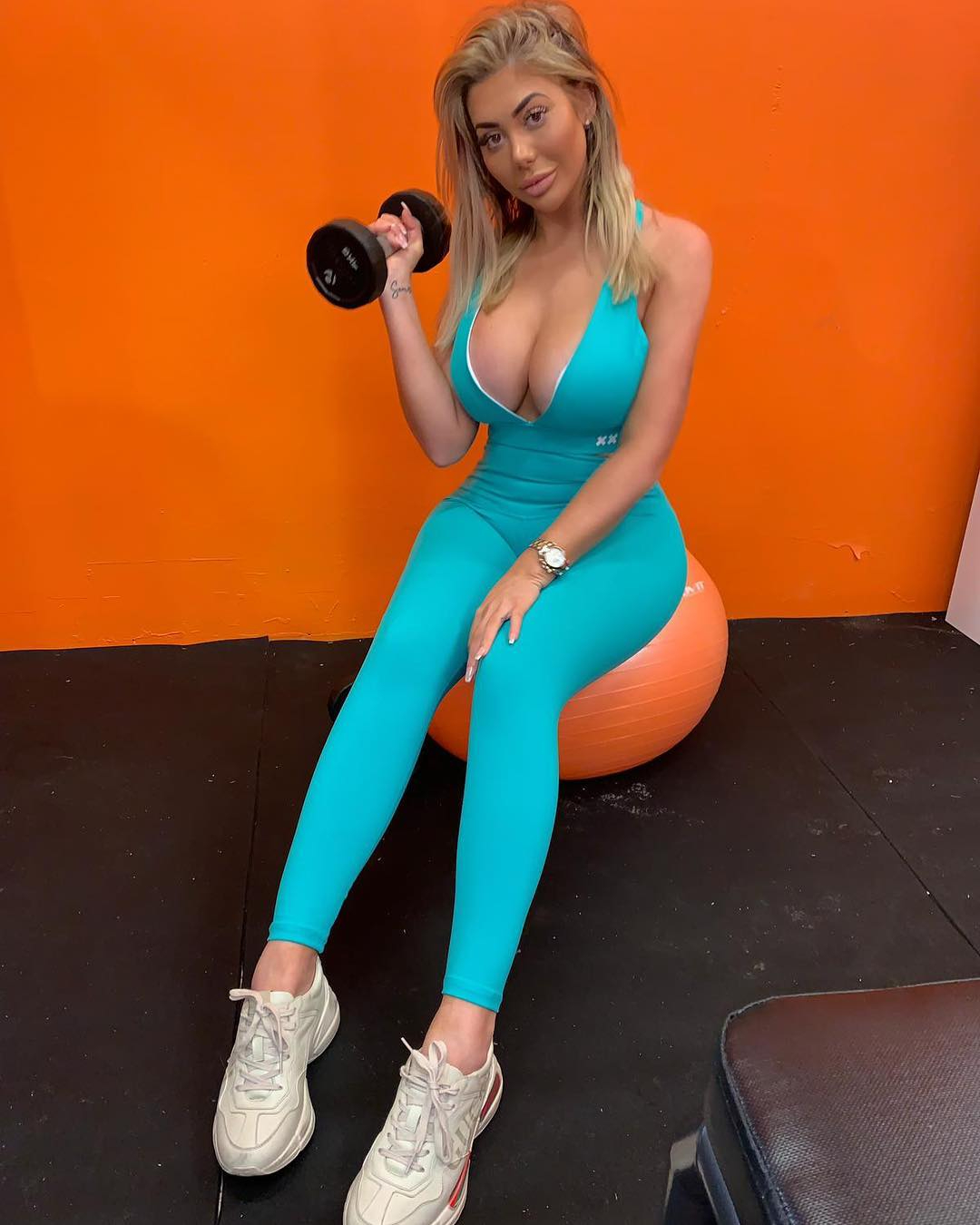 The star opened up about her impressive weight loss, revealing that she has gone from 11 stone seven pounds, to nine stone nine pounds in just 12 months.

But despite her commitment to health, Chloe has been again accused of photoshopping her Instagram photos.

Fans have spotted "wonky pavement" in the background of her latest snap.

"She a real bad b****," she captioned the snap alongside best friend Bethan Kershaw, showing off her impressive curves.

Chloe was snapped wearing a pair of red latex trousers and a busty velvet black top, finalising her look with a full face of glamorous makeup. 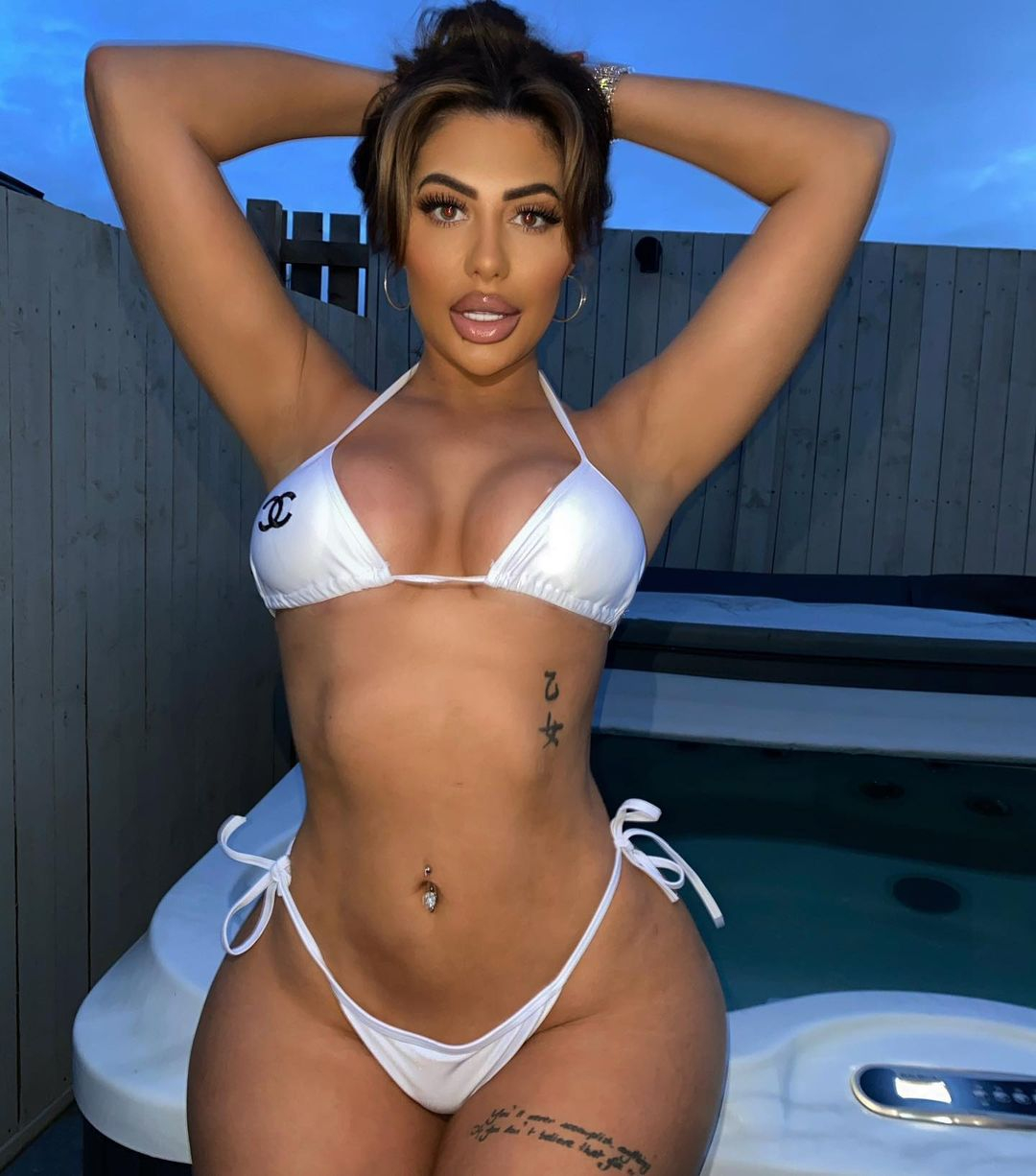 While many fans were complimentary, calling Chloe "hot" and "gorgeous", some pointed out that the pavement behind her looked "photoshopped".

"Imagine posting pictures on Instagram and editing and photoshopping them," one user wrote in the comments. "Look at the pavement."

Last month the Newcastle beauty was accused of Photoshopping her bum AGAIN as she shared a sizzling bikini photo.

The star stripped off in her garden as she joined Brits throughout the country enjoying the March heatwave. 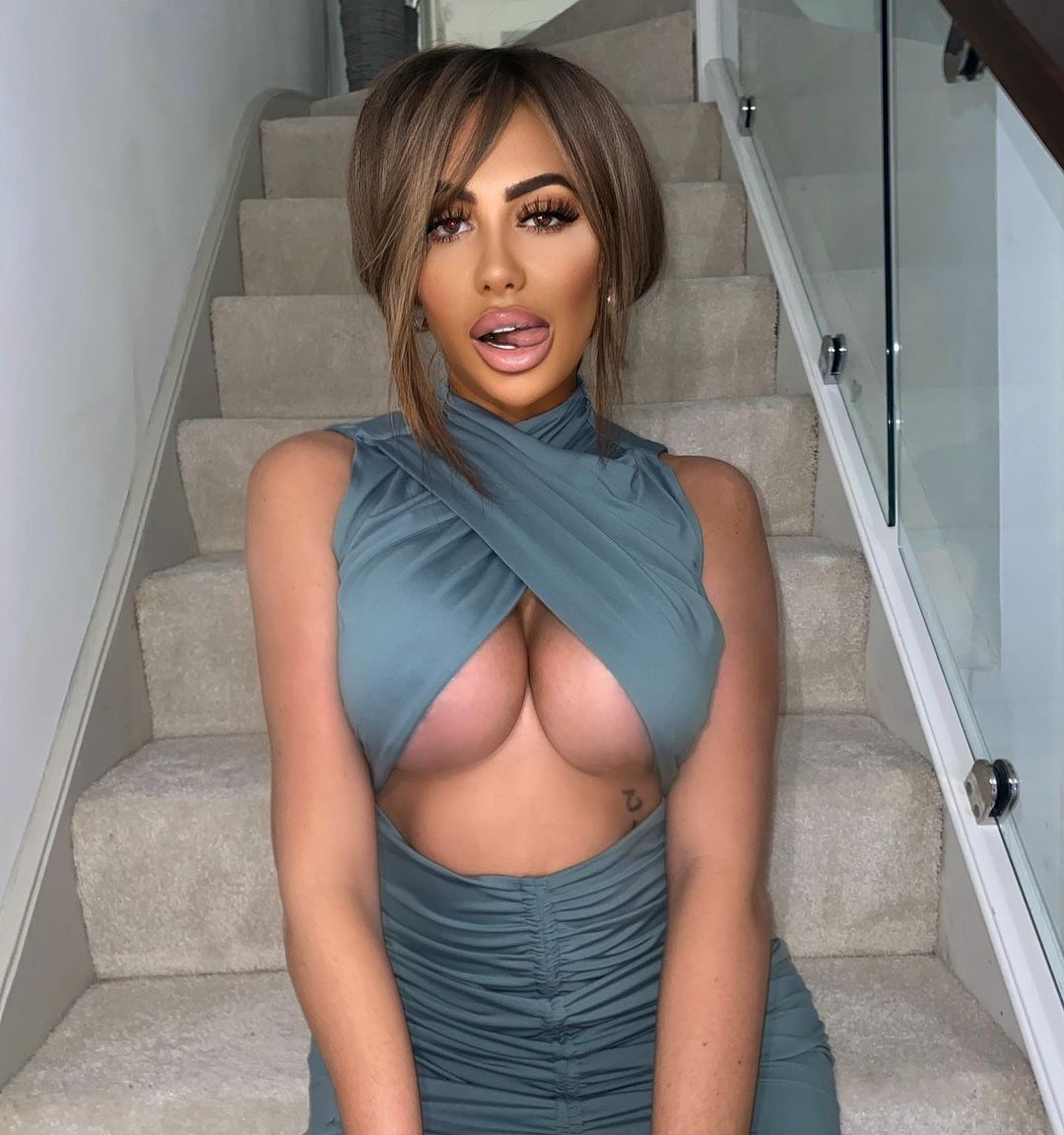 But her followers noticed something strange about the shape of the fence she was leaning on after she posted the snap on Instagram.

She was also accused of Photoshopping yet another of her sexy snaps.

The reality star came under fire from fans who begged her to lead a better example to "young girls".

The Geordie Shore favourite shared two photos on Monday that left fans claiming she had edited her bum, as they spotted an odd detail in the background.

ICYMI, Killing Eve Is Back With Another Season of Binge-Worthy Style

Andrew Sabisky 'was not security vetted but attended meetings with PM'

‘I’m very excited’: Reunions in the works as Victoria-Queensland travel set to resume

January 25, 2021 Will Be The Worst Week For These Zodiac Signs