The Para, sniper, double Special Forces soldier and star of C4’s SAS: Who Dares Wins was “surrounded almost every day” by death on the front line in Afghanistan. 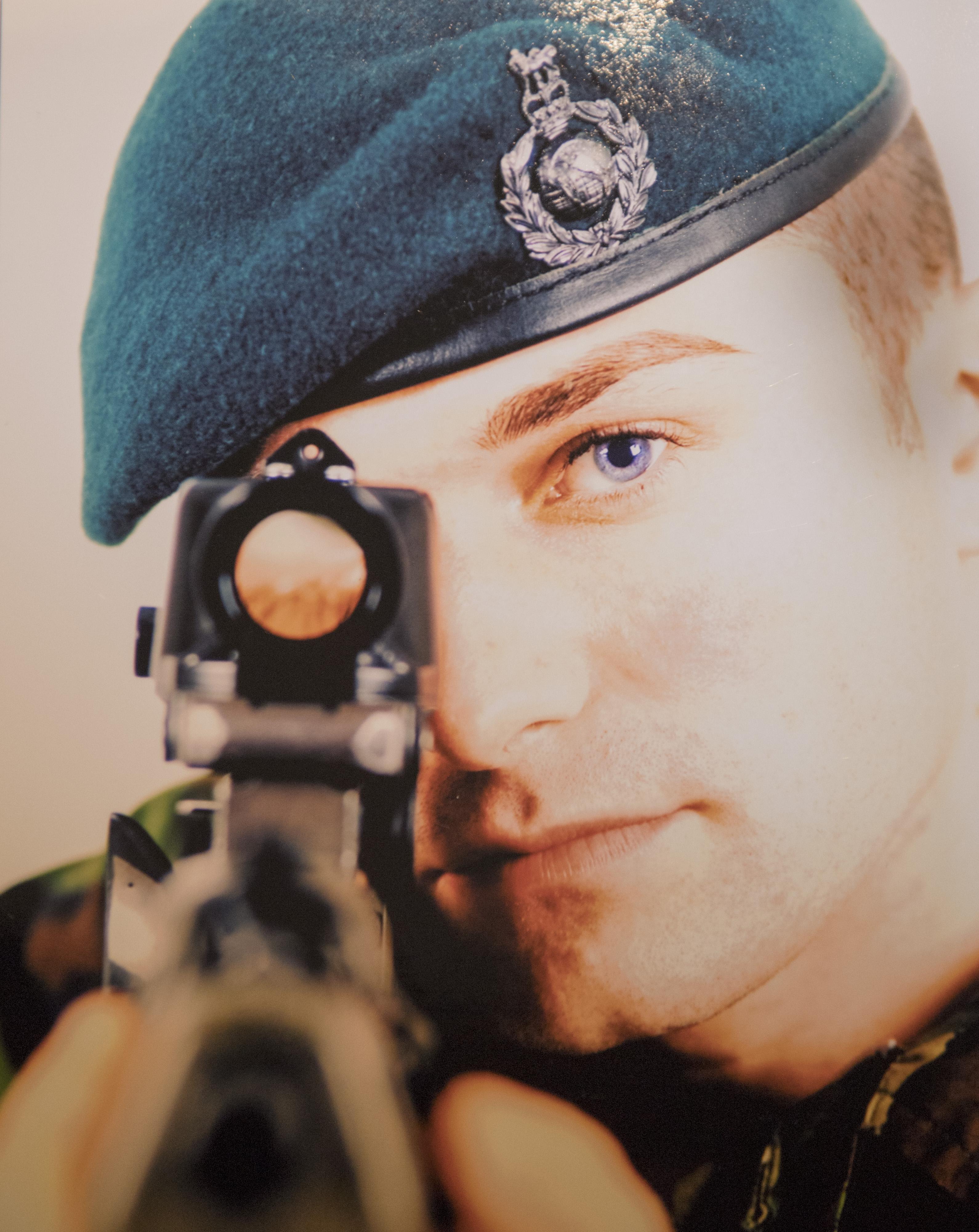 Today, in exclusive extracts from his new book, Ant, 37, explains what it feels like to kill – and why he misses the thrill of pulling the trigger.

Most people I meet don’t have the courage to ask The Question: What’s it like to kill a man?

Killing someone feels like pulling your trigger finger back a few millimetres. It feels like hearing a dull pop.

It feels like seeing a man-shaped object fall away from your sights. 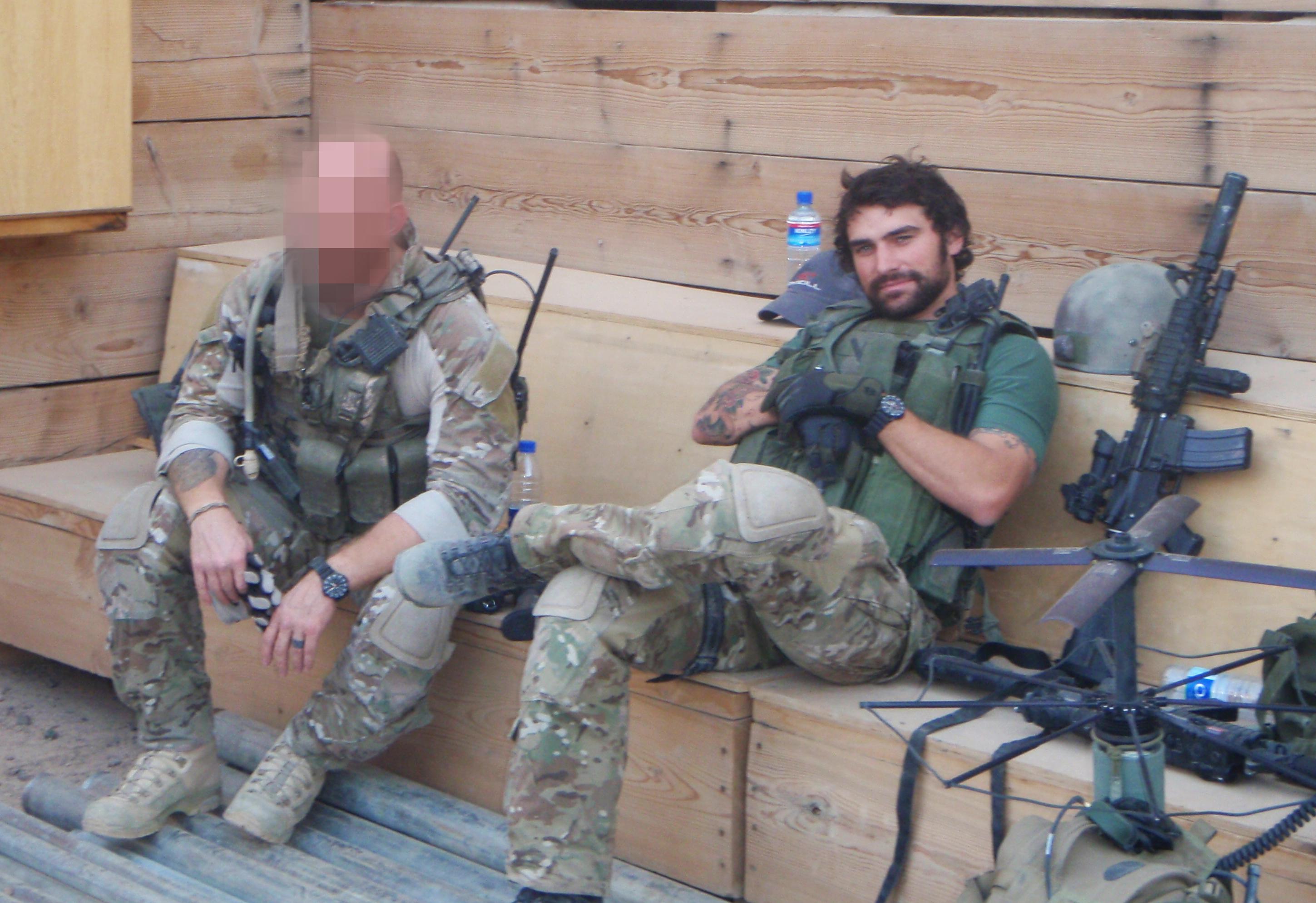 It feels like getting the job done. It feels satisfying.

But beyond that, killing someone feels like nothing at all.

I am aware that mine is not an ordinary response. It’s not even a response I share with everyone who has fought in war zones. 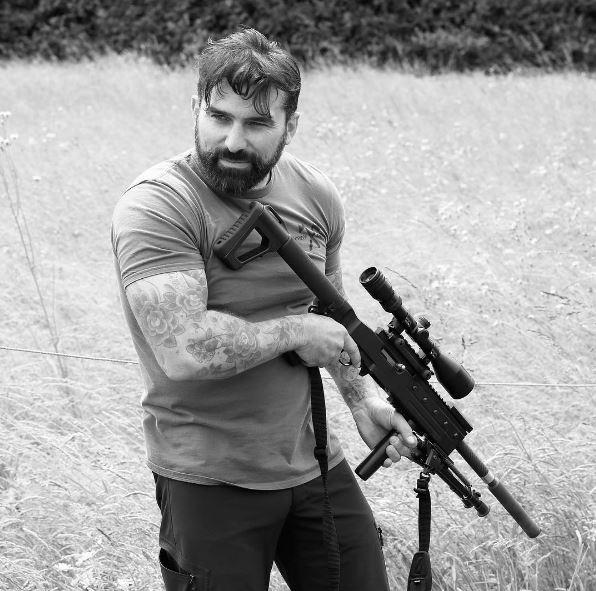 Many men I served alongside will remain forever traumatised by the horrors they have witnessed.

Being part of the Special Forces’ “hard arrest” team meant working regularly in conditions of life-threatening stress and being surrounded almost every day by blood and killing.

My struggle wasn’t with the trauma all that created. Mine was with its satisfaction.

I’d enjoyed it, perhaps too much. I thrived on combat and still miss it. 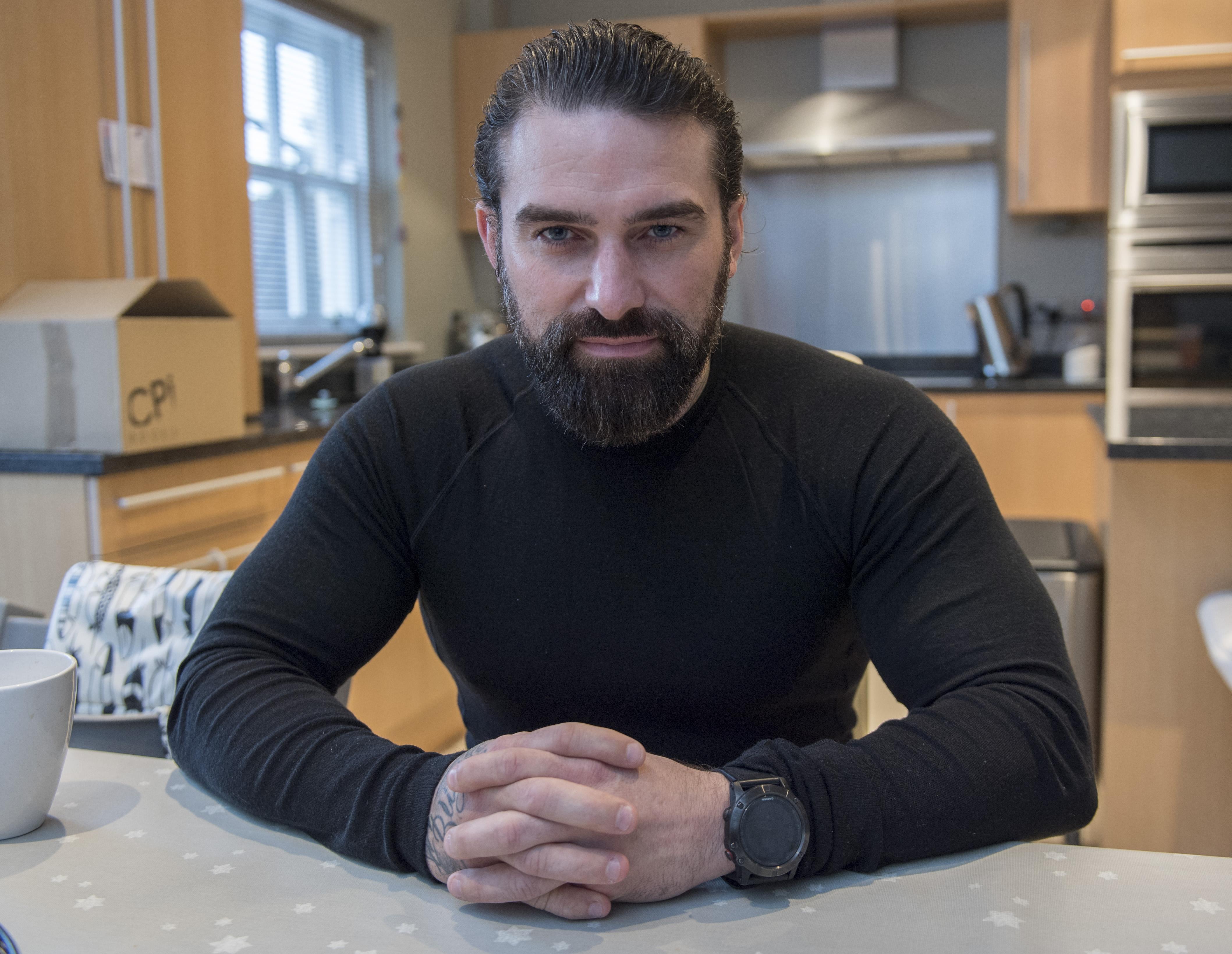 In Afghanistan, getting shot at was a regular occurrence. I viewed survival as a numbers game. As point man, every time I entered a Taliban compound first I played the odds in my head.

What are the chances of them being able to fire more than one bullet before I shoot at them? I’d think f*** it, the odds are with me and that would get me through the door.

Sometimes, at this point of entry, there’d be bullets flying in my direction. Experience told me these bursts were usually over in seconds.

The moment there was a pause in firing I could make my move, entering crouched low, because idiots with AK-47s usually spray rounds at the ceiling when they fire.

Which is not to say I found it easy. Far from it. Going into an operation, the fear would be horrendous.

But as soon as it began the only thing I can compare it to is the final seconds before a car smash — you see how it is all going to play in slow motion.

It was a state of pure focus, pure action, pure instinct. It was the closest thing to feeling all-powerful, like God.

Godlike was how I had to act in judging, in a fraction of a second, who lived and who died. Things were different in the civilian world. After surviving suicide bombers and AK-47-wielding Taliban thugs in the darkest hell pits of Afghanistan, I thought I could handle a few wallies outside an Essex nightclub.

One night three women had started an argument with one of my friends.

I pushed my way in between them, put my arm around the pal and walked him away. But others piled in.
Now it was seconds away from blowing up into a full-on street brawl.

It feels like getting the job done. It feels satisfying.

I started grabbing my friends, one by one, and putting them into taxis under a hail of abuse from the idiots.

Two police officers arrived. The first move law enforcement are supposed to make in a situation like this is separate the fighting parties.

It kills the aggression, but for some reason they didn’t do it. Now I was getting angry. I turned to the male officer, who was standing there, hands in pockets, with a silly grin on his face. I told him: “Why don’t you take them round the corner, rather than leaving them here gobbing off?”

Suddenly he was in my face. He stretched his finger out and poked me in the middle of the chest. 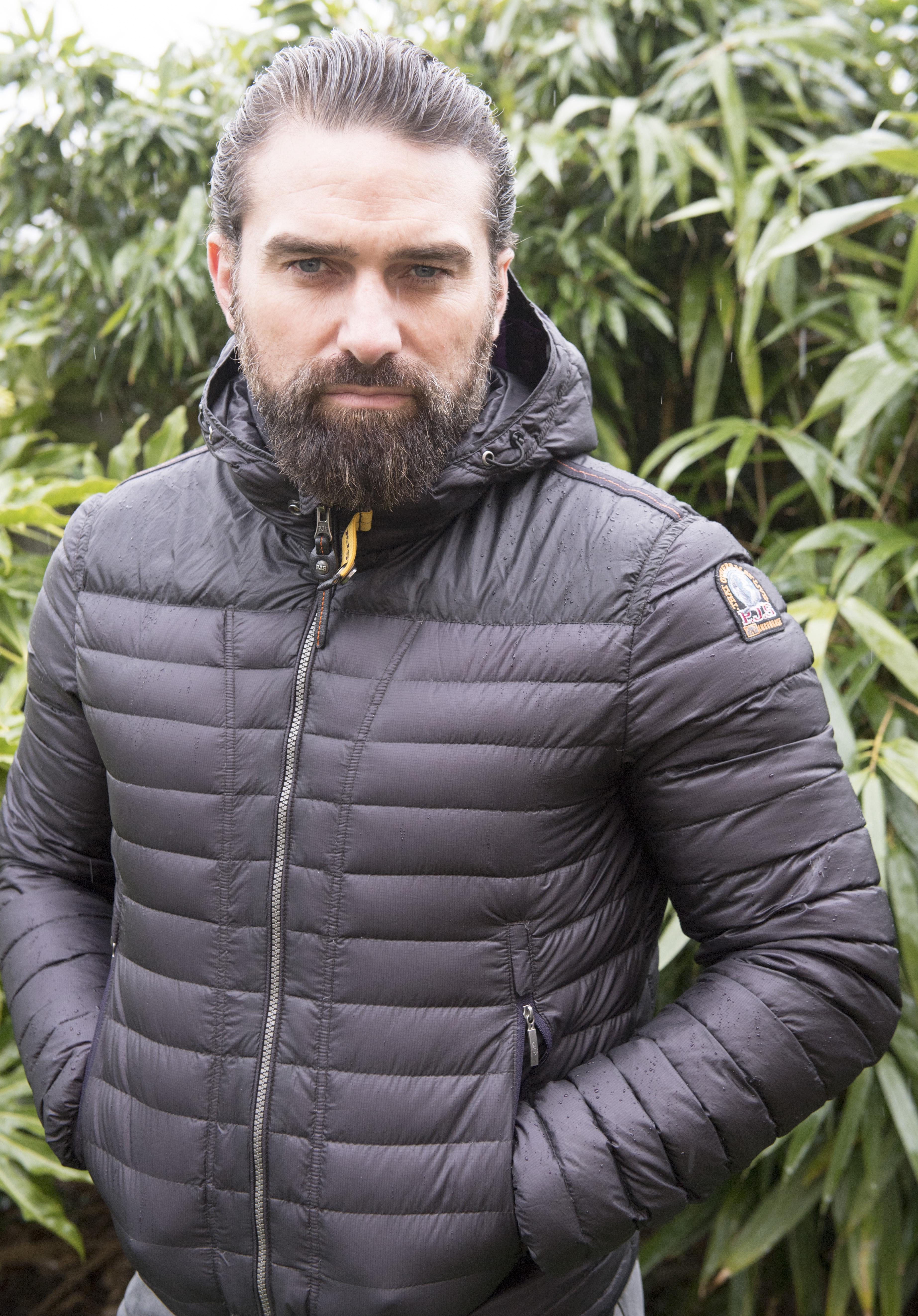 He jabbed me again, this time hard between the ribs. Its force pushed me back slightly.

Before my body had the chance to right itself, my fist had made impact with his jaw. He was on the pavement. Flat. Sprawled. Silent.

To my left, I saw a female officer reach for her CS gas. She blasted me with it. I turned and blocked the spray with one arm.

The officer beneath me roused and tried to stagger to his feet, while grabbing for his cosh. He turned and tumbled back into a shop window. As he flailed about trying to regain his balance, I grabbed fistfuls of his uniform, lifted him off the ground, raised him up and slammed him back down. 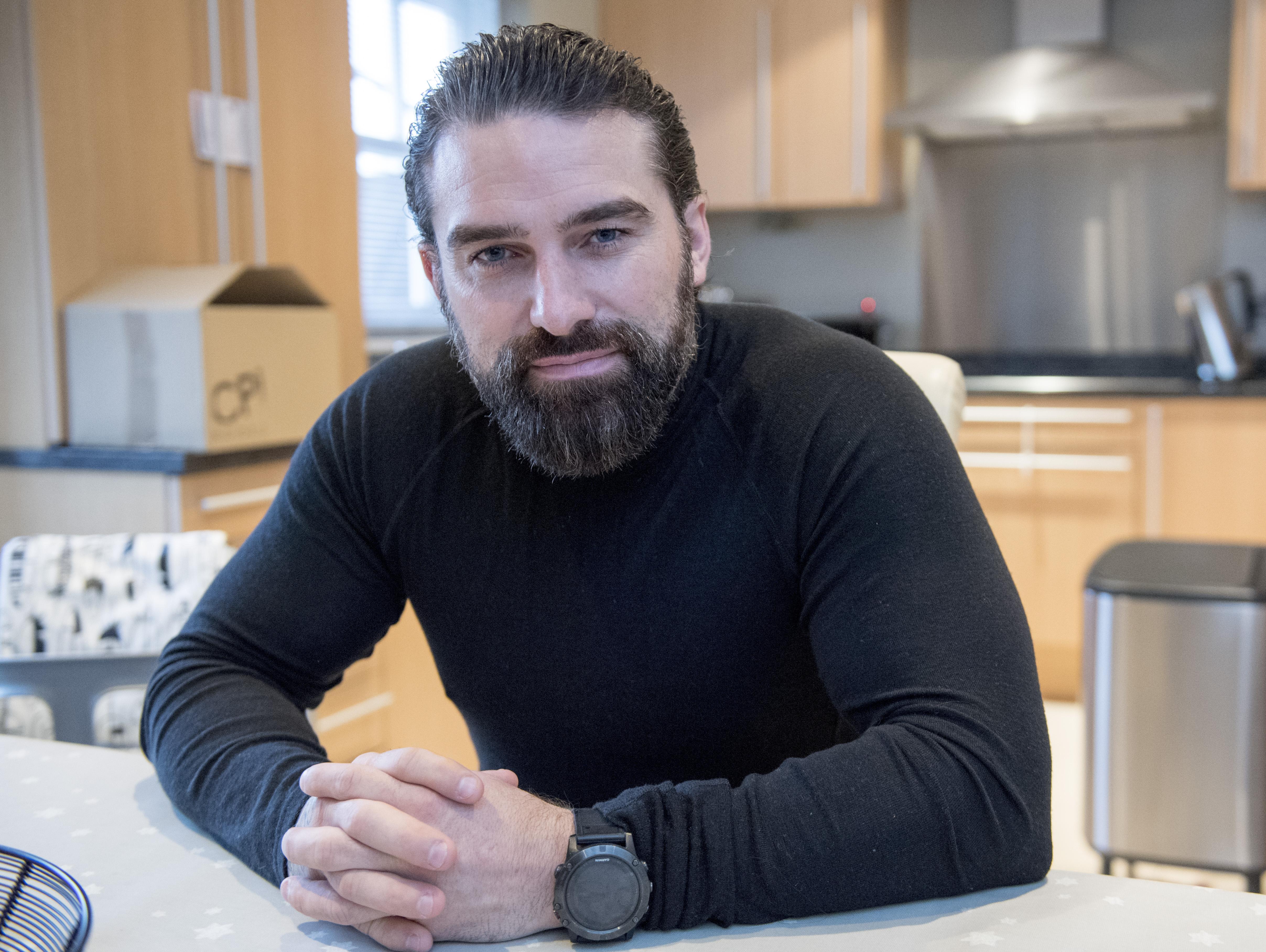 He landed on the pavement with a thud. He didn’t move. I pulled the cosh from his hand.

For just a second I had a strange sensation of stepping out of my body and looking down — there was me, crouched over an unconscious officer with a cosh in my hand.

This did not look good. I ran. Within seconds it sounded as if the whole of Chelmsford had gone up, with the cat’s cry of sirens. I was being chased.

Stopping briefly to put the cosh down a drain, I nipped down an alleyway, turned a corner, hoisted myself over an 8ft wall and landed in a crouch. They passed by. But I had a problem. The only way I could now go was the River Can. I’d have to swim for it.

I felt the surface of the water rise up my body in a line of crackling, numbing pain. To my right I saw a footbridge with a large bush underneath it.

It gave me an idea. I’d glide over there and wait it out.

I had been under that bush with only my head above the water for about 20 minutes when I noticed the surface of the river had started vibrating.

I was shivering violently and my jaw was starting to lock. This, I knew, was the onset of hypothermia.

I realised my most dangerous enemy would be myself. This war would be fought inside my head.

Two policemen on the bridge spotted the ripples and investigated. I was under arrest and charged with ABH on the male officer and common assault against the female, who I had not even touched. My wife Emilie was with me when I appeared at Chelmsford Crown Court for assaulting the two officers.

Eight years before, I had been at my lowest ebb when I met and fell in love with Emilie Dines, the most beautiful woman I had ever met.

No longer a Paratrooper, I had been kicked out of Hendon police training college for drink driving.

I was also on the run from cops and facing six to eight years after being wrongly accused of biting a man’s cheek. I was about to buy a fake passport to flee to Australia. 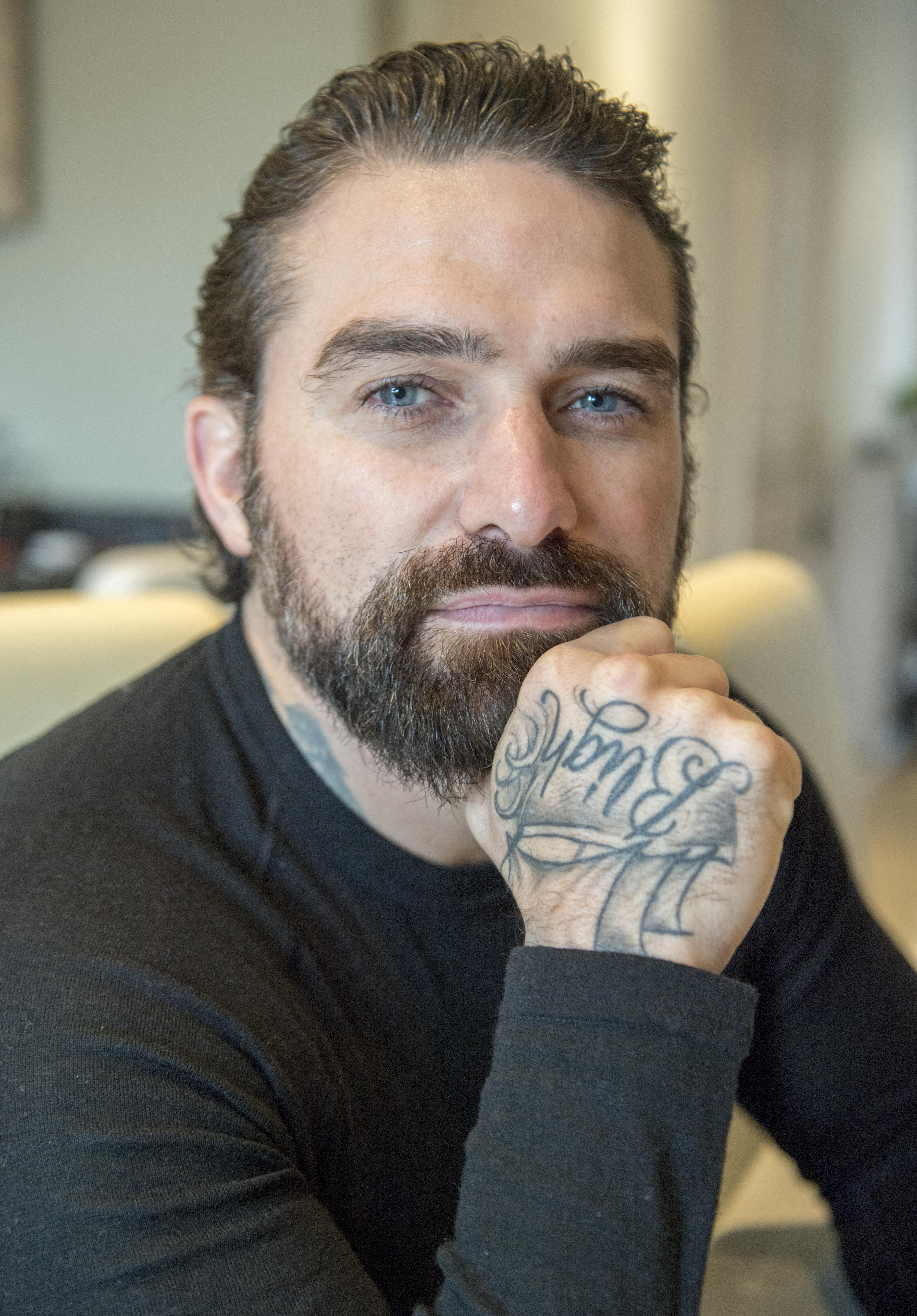 My life was so desperate, one night I drove to Hampshire, drank two litres of whisky, wept and then slept the night on my father’s grave. But while waiting for my false passport to arrive, I took Emilie to dinner and told her everything. She listened, never seemed to judge, and advised me to hand myself in.

I said: “I can’t. I’m looking at eight years.” She replied: “But you’re innocent, and if they convict you, I’ll wait. I want to be with you.”

With Emilie by my side, I was cleared of grievous bodily harm, after the trial collapsed.

In 2005, with her blessing, I rejoined the military, serving for two years with Bravo Company 40 Commando Royal Marines before joining the Special Boat Service (SBS).

On tour in Afghanistan, unlike the rest of the lads, I decided never to call home. I’d also given Emilie strict instructions not to write to me. When she did, I threw her unopened letters in the fire.

I know this sounds harsh but reminding myself how much I missed Emilie would make me lose focus. It was more important I came back alive.

After four successful years, I left the SBS in 2011 and yet here I was in court again because I could not control my demons, this time facing jail for police assault.

The judge fixed me with his bird-of-prey eyes and said: “You are a highly-trained and experienced Special Forces operator. You should have known better.”

Outing Tricks of No6

ON the last series, one contestant stood out from the beginning.

Competitor Number Six was gym-fit, with a positive attitude and had come from a really rough background in Middlesbrough. He was at the top of the intake, the man most likely to win.

At some point in his life he’d got into serious debt with drug dealers and had to turn to his parents to bail him out, which they could ill afford to do.

It was when talking about this that I got my first niggle about him. He dragged his family through hell and didn’t seem bothered.

That evening, while the contestants were all at dinner, we started digging into his personal life.

I sent the order for him to be delivered to the Mirror Room. After being hooded and disoriented, he found himself sitting opposite me and Mark “Billy” Billingham.

When the hood came off, I turned the laptop towards him and said: “Tell me about the Parachute Regiment. Obviously a big part of your life. Your CV’s quite impressive.”

As soon as he saw the screen, he mentally left the room. He said: “If I’m honest, Staff, it’s a lie.”

I slammed the table and got straight to my feet.

Billy said: “Have you heard of stolen valour? Friends of mine have died to be called a Paratrooper. Gave their f***ing blood.”

The truth was we had no intention of culling him. Everyone makes mistakes.

This was a test. I wanted to see if he was going to allow his mistake to eat him alive.

The next morning Number Six came up to me and took his armband off. He hadn’t even tried to fight his way through that mistake.

Instead he’d been through the classic cascade – panic, despair, surrender.

He handed down a sentence of 26 months in prison, with 12 months off for pleading guilty and my character references. That left 14 months inside.

Across the court room Emilie looked pale and shocked. I called out to her: “I love you. It will be all right.” 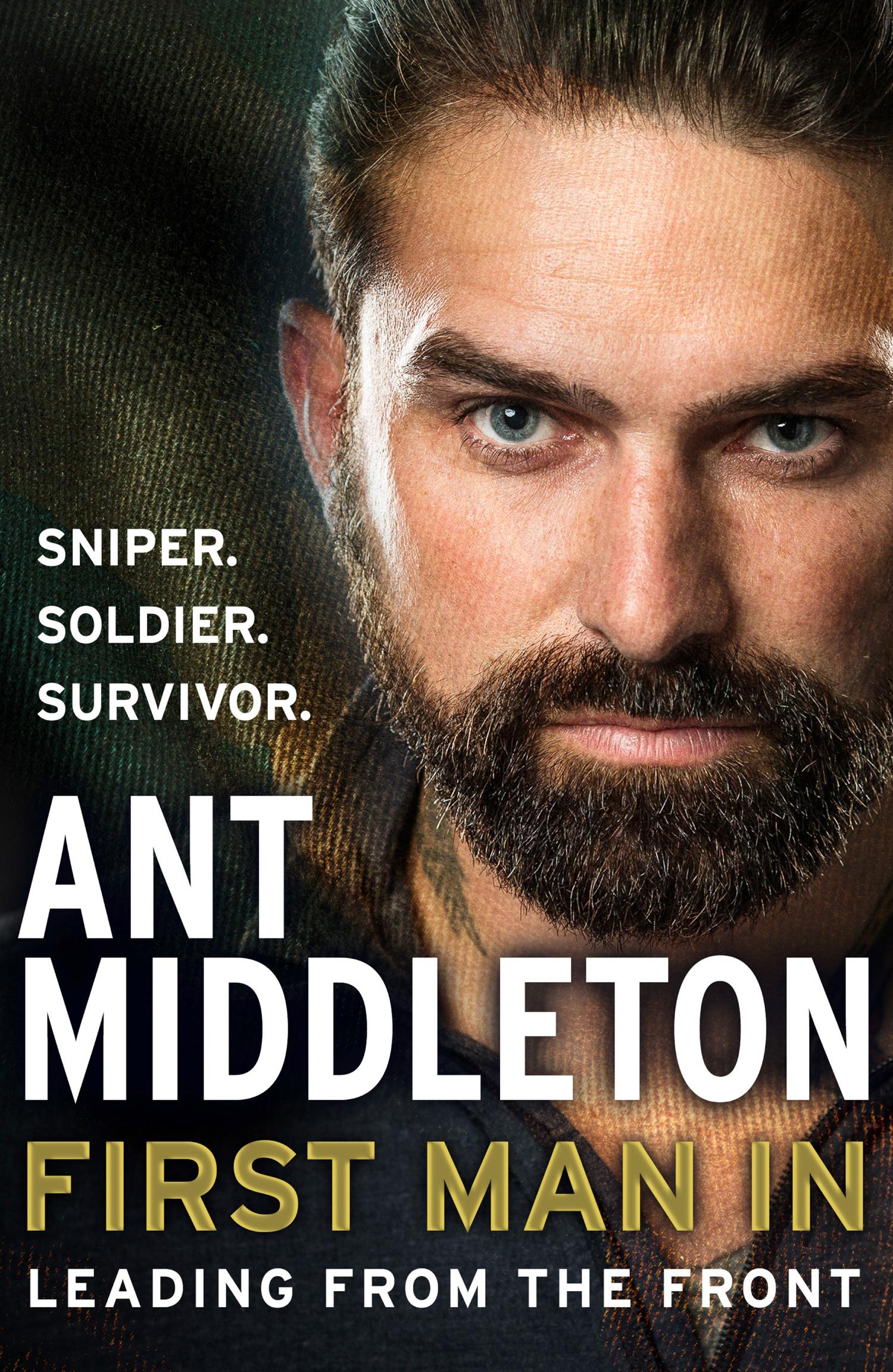 Visibly gathering herself together, she said: “I love you too. We’ve got this.” That was all I needed to hear. The moment I broke eye contact with her I was in the zone. There was no anger. No shock. No self-pity. This was prison.

My goal was to be let out early for good behaviour. Ending up fighting could see me being kept inside for years.

I realised my most dangerous enemy would be myself. This war would be fought inside my head.

©Ant Middleton. Adapted by Mike Ridley from First Man In: Leading From The Front, by Ant Middleton, published by HarperCollins on Thursday, priced £20.

So, Taylor Swift Has Already Made a Sh*t-Ton of Money on Her 'Reputation' Tour