A 40-second teaser, which aired during the Super Bowl in America last night, introduced Ducky and Bunny, voiced by the stars of Comedy Central sketch show Key & Peele.

In the trailer, Bo Peep asks: "Wasn't Buzz supposed to meet up here," to which Tom Hanks' Woody replies: "He must be held up somewhere."

We then see Buzz, who is voiced by Tim Allen, strung up on the prize board at a fairground stall called Star Adventurer along with the other toys.

Jordan Peele's Bunny adds: "If you think you can take our top prize, you're wrong. Dead wrong." 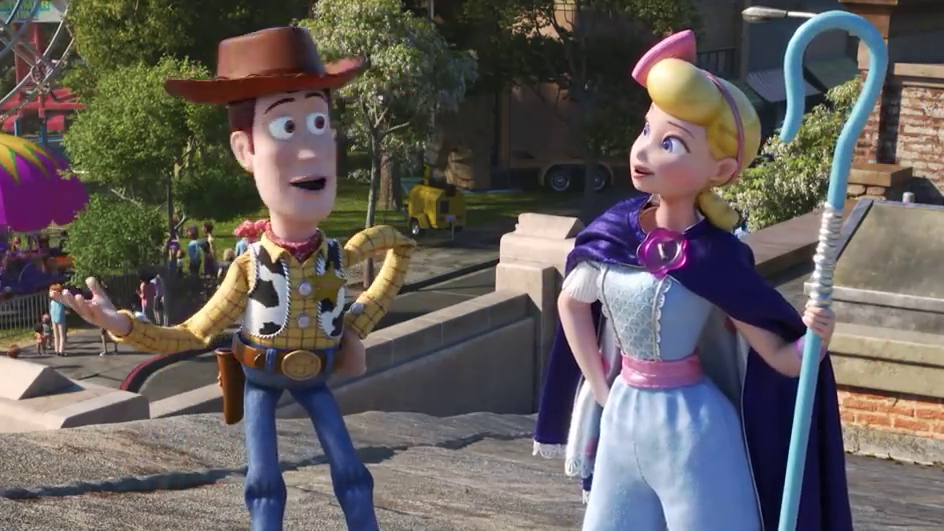 The mean prize adds, mocking Buzz's famous catchphrase: "To infinity and my foot."

Buzz has the last laugh, pushing the button that activates his retractable helmet and clamping the mean Ducky's foot – as screams echo around the fairground.

Toy Story 4 sees the gang hit the road on an adventure with new owner Bonnie that reunites Woody and his long-lost girlfriend Bo Peep.

The movie is set to be released on 21 June this year, with new characters including Forky, a homemade toy played by Arrested Development's Tony Hale.

And, as has been made clear in last night's trailer, the show's iconic theme, Randy Newman's You Got A Friend In Me, will also be making a reappearance.

And millions of Toy Story fans around the world can't wait for it to come around.

An uncompromising insight into the life, works and tragic death of designer Alexander ' Lee' McQueen