Home » TV & Movies » Two pints of lager and a whisky was a night OFF the booze, says Gregg Wallace

IN 2011 Gregg Wallace was the self-proclaimed “fat bloke on MasterChef who likes pudding”.

Fast-forward a decade and the former greengrocer is anything but, boasting a set of abs you could bounce pennies off after shedding an impressive 4½st . . . though he still enjoys the odd sweet treat. 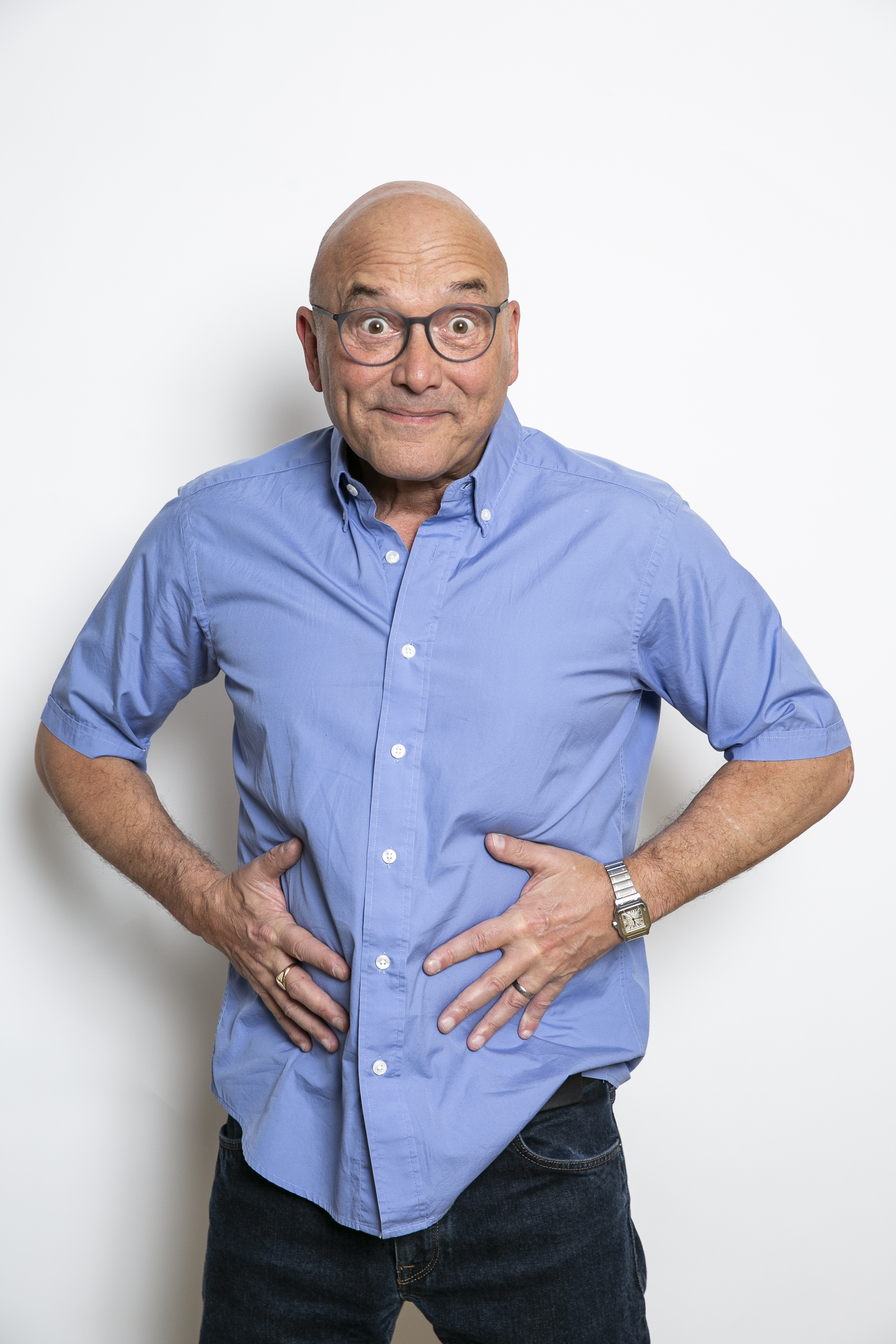 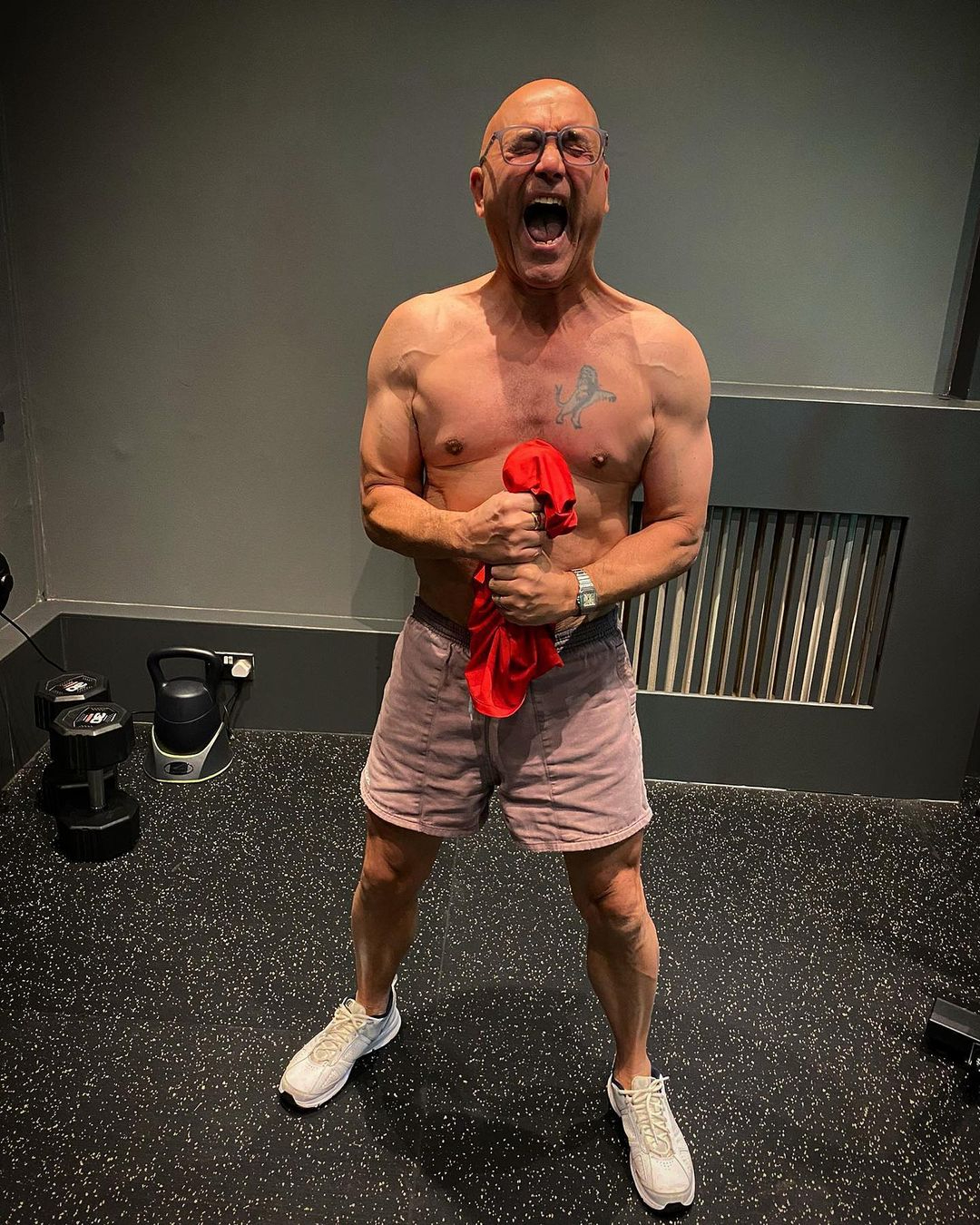 Now, in a special New Year series in The Sun and The Sun on Sunday, Gregg is going to share the recipes that helped him lose weight — so YOU can do the same.

In an exclusive interview, the 57-year-old TV host told how he rarely cooked ten years ago as a single dad to Libby, now 25, and son Tom, 27, regularly eating out instead.

He said: “It’d be fish and chips or a Chinese buffet.

"At our local Indian restaurant I’d have a vindaloo with two vegetable dishes, a naan, rice and pudding.

"I’d do a competition and tell them I’d give the first person to spot the sweat on my forehead £1.

“If I had two pints of lager with lemonade and a whisky I considered that to be a night off the booze.”

Gregg knew he had to do something to change his life.

Many diets followed before he learned how to lose weight.

He said: “I finally realised if I took out snacks, booze and takeaways for the majority of the time and ate three large, filling, healthy, balanced meals every day, the weight came off.

"I planned, I cooked, I started to enjoy eating healthier foods.

"I slipped up, of course, but I didn’t worry about it.

“I realised it’s like being in a football team, you don’t win the championship without losing a game.

“After losing a stone, I filled a bag with the same weight in shopping.

"I couldn’t believe I’d been carrying that around. My mindset has changed.

“I am like an ex-smoker who hates the taste of cigarettes. I hate eating bad food.

"If you start to make good choices, then it becomes a habit, a good one.”

Gregg’s daily diet, before and after weight loss

BREAKFAST: Fry-up in a cafe with lots of coffee, either cappuccino or latte.

LUNCH: Beefburger in a bun with sauce, chips and a fizzy drink

DINNER: Three courses, plus bread and butter; alcohol every night, usually a G&T plus a bottle of wine and a dessert wine

LUNCH: Tin of mackerel with crispbread and a large salad; satsuma or blueberries

Gregg also exercised regularly and his confidence grew. Meeting Anna, 35, who would become his wife, was a huge turning point in his life.

Today they live together in Kent with their son Sid, two, as well as Libby, Anna’s Italian parents and their two pets, both French bulldogs.

They all play a part in the cooking, cleaning, gardening and child care.

When the first Covid lockdown put his TV work on hold, Gregg realised he needed something to occupy his time.

So he wrote down how he had transformed his life.

Gregg said: “Lockdown was a nightmare for me. I am a workaholic. I’m terrified of being poor again.

“About ten years ago, I had therapy. My anxiety and depression were getting out of control.

“I was living in constant fear that everything was going to go wrong. My therapist told me, ‘The problem is you’ve come far higher up the mountain than you’re supposed to have done’.

"That fall back down looked enormous to me. It’s not normal to go from a council estate and no education to being all over the telly.

“I still have a terrible fear of everything collapsing but the therapist helped me deal with my fears and rationalise them.

“In lockdown I needed to keep busy. After I made all my notes, Libby suggested we turn it into a wellness platform to help others — and ShowMe.Fit was created.”

Gregg said: “I love mentoring people. I feel sad when I see overweight people now because I know how being obese felt.

"I know how it feels being self-conscious, being depressed and drinking too much.”

Gregg, who became a dad to Sid at 54, is determined to stay healthy for his family.

He said: “Sid is non-verbal. We suspect it’s autism but we haven’t had it diagnosed yet. He is too young.

"He has a speech therapist and nursery is helping. It’s challenging.

“I am conscious enough about the age thing.

"Now I know just how important it is for me to stay strong and fit as I get older because I don’t know what the future holds.

“We don’t know how Sid is going to develop. I want to keep getting fitter, to take care of Anna, to see Sid grow up for as long as I can.

“Anna has been very unwell too recently.

"She’s had three big operations because of endometriosis — having some of her intestine removed, a colostomy bag fitted and then reversed.

“She’s my rock. It’s been a tough time. I don’t want to leave them prematurely because I enjoyed a slice of pizza . . . it’s not worth it.

“I don’t think the old Gregg could have coped but with physical health comes mental health. I’m convinced of that.”

I am conscious enough about the age difference between me and Anna. Now I know just how important it is for me to stay strong and fit as I get older because I don’t know what the future holds.

The new, healthy Gregg does still like a treat.

He said: “Being good most of the time is good enough. There’s no way I’m going to the rugby without drinking beer! It’d be like washing your feet with your socks on.

“I was away in a hotel filming Inside The Factory a few weeks ago and ordered one with chips via Just Eat to have in my hotel room.

"I can’t go into a McDonald’s as I get stared at.”

That is one of the disadvantages of being a household name.

Gregg said: “I love being famous. You get upgrades in hotels and you don’t get the s**t seat next to the gents’ in restaurants.

“But there are downsides — abuse on Twitter, security and lack of privacy. I have a firm of Gurkhas who sit outside the house if I am away filming or on holiday.”

Often that filming is with his friend of 30 years John Torode, 56, whom Gregg says is on a health kick too.

He said: “I tell John he’s not as handsome as me but he’s looking good!

“He’s reduced the booze, he’s eating healthier and, seriously, he does look great.”

And though he still loves his telly work, Gregg hopes this new direction as a health guru will one day take over.

“I’d like to become a personal trainer and study psychology, because that is a lot of what it’s about. It’s getting your head in the right place. Mine is now.”

And he loves mentoring people. Fighting back tears, Gregg revealed: “About six weeks ago we were out for dinner and my close friend Jamie’s wife Sandra asked me for help.

“Jamie and I grew up together. He’s a very succesful builder but he was also seriously overweight. She turned to him and said, ‘There are no old fat men, Jamie’.

“With my mentoring he has lost 2st already. I love helping and hearing success stories. I feel proud and happy to have done this.

“I know we have saved lives through the website — and now I want to save more.” 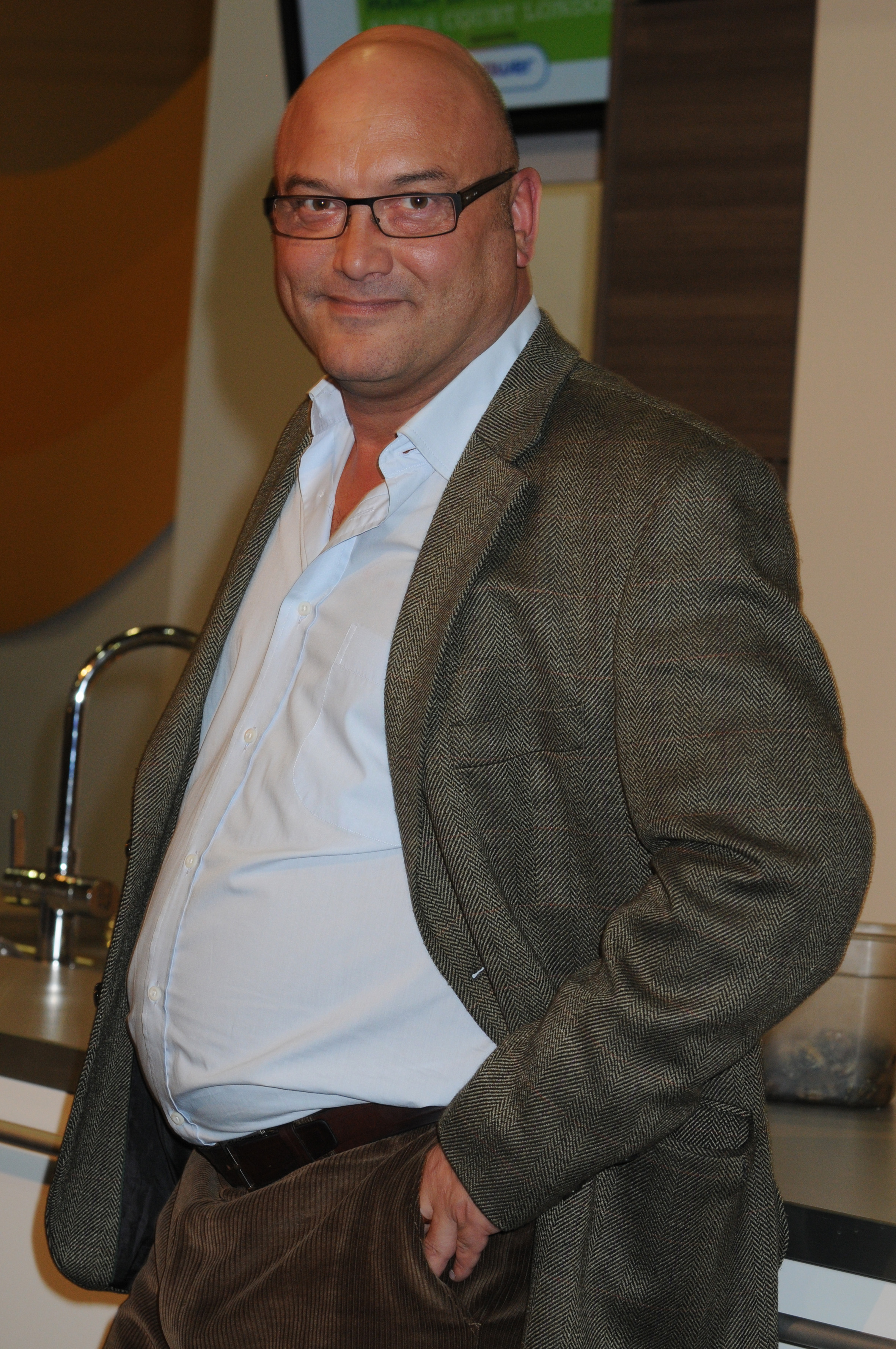 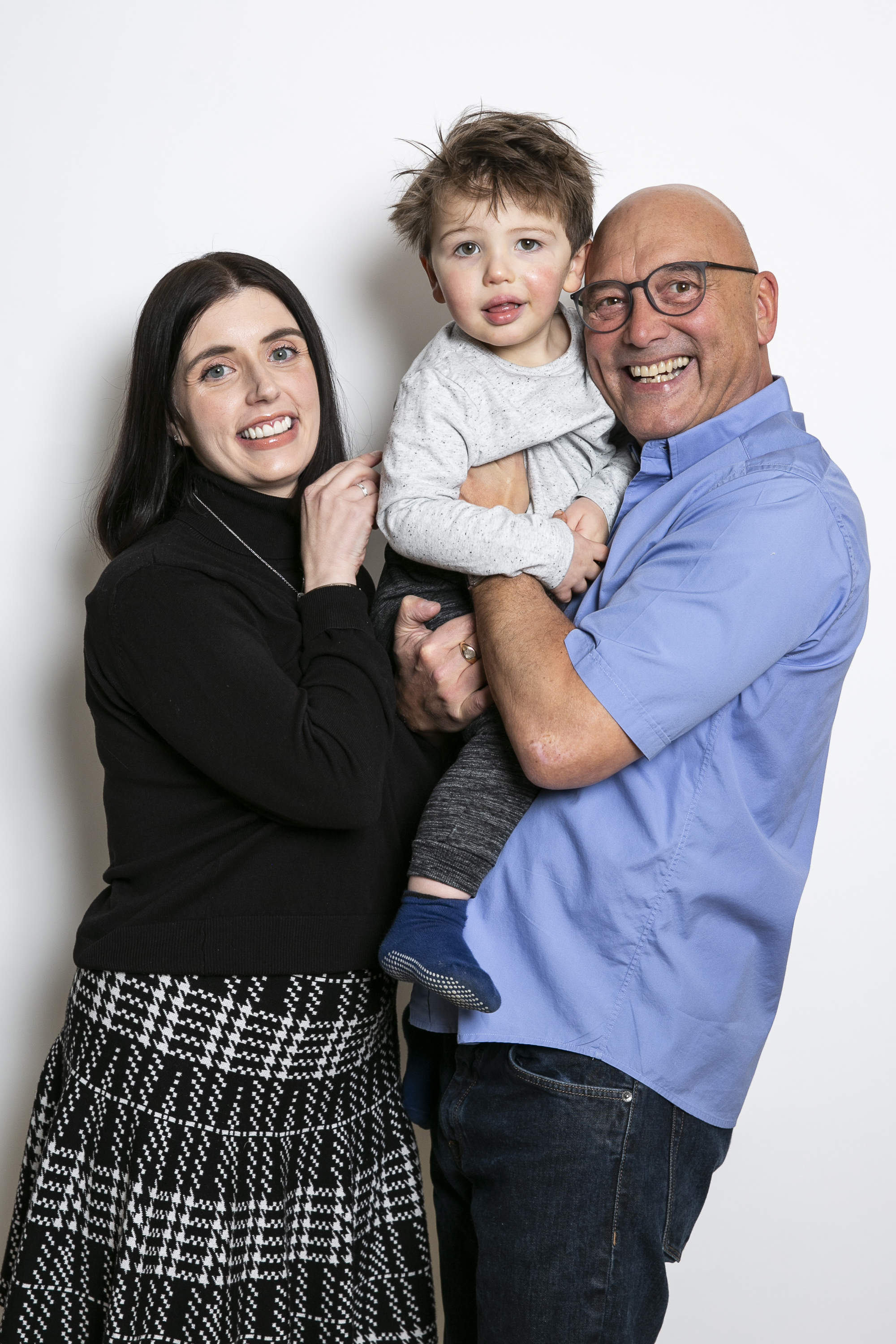 Who is Jim Jordan and what happened between him and Maxine Waters?