Daunted by the prospect of major surgery, Anton Enus asked his oncologist if there was an alternative.

“Yes,” the oncologist replied. “You will die.”

Enus lifts the corner of his shirt, revealing a flesh-coloured pouch.“Once you decide you want to live, there’s a price to pay,” says the SBS newsreader. “As you can see, I ended up with a colostomy bag.”

This week, the 57-year-old returns to work – hosting the Friday and Saturday editions of SBS World News – after a near two-year absence. “I had some very dark days,” he says. “But, without glossing over anything, I took the decision not to put all that on social media.”

In 2016, Enus received a free bowel cancer screening kit in the mail. (By 2020, all Australians between 50 and 74 will receive this kit every two years, as part of a federal government program.) Though he had no noticeable symptoms, he collected a small stool sample and sent it back – not least because he'd been an ambassador for Bowel Cancer Australia since 2014.

The result showed traces of blood in his faeces: a symptom with dozens of possible causes, including the use of aspirin. Enus wasn’t worried. As a non-smoking vegetarian who runs marathons and practises yoga, he’d done everything he could to stay healthy. Nevertheless, a colonoscopy was ordered. 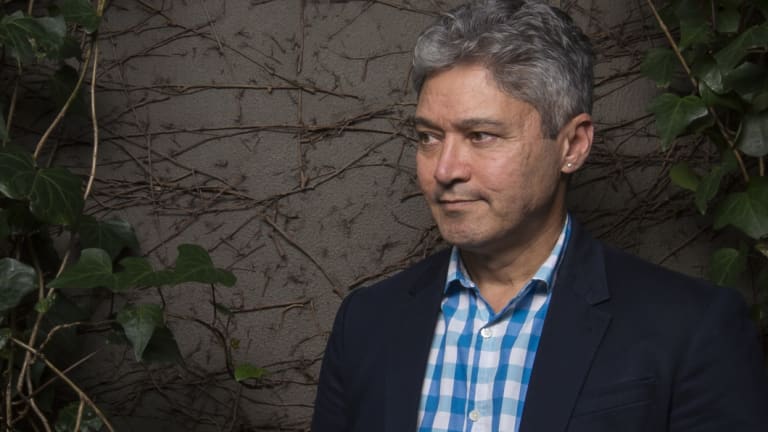 Despite having no symptoms, Anton Enus was diagnosed with bowel cancer in 2016.

“We found a large tumour,” the specialist said. Still groggy from the sedation, Enus thought he was dreaming. 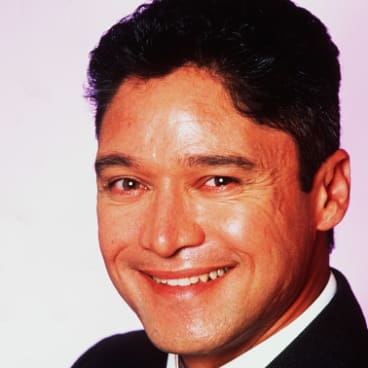 We’re in the sunny living room of the inner-Sydney apartment he shares with patent lawyer Roger Henning, his partner of 30 years. Purpose-built shelves accommodate thousands of books, which Henning has arranged alphabetically and by category. Though Enus ribs him about “the Dewey Decimal System”, he’s grateful for his meticulousness.

During appointments with specialists, Henning asked questions and documented their advice in his notebook. “There were some days where it was all too much,” Enus says. “I was feeling droopy and I couldn't concentrate. Having someone there with a clear head was invaluable.”

“I felt quite frustrated,” he says with characteristic understatement. In fact, there were moments of sheer despair. After one consultation, he put his head on Henning's shoulder and broke down; his jagged sobs echoing across the hospital reception.

During this time, debate over marriage equality raged in the lead-up to the postal survey. This yielded a surreal contrast: in public, certain opponents claimed gay relationships are inherently unstable. In private, Henning unwaveringly supported his partner through the toughest time of his life. He knew, instinctively, when to let Enus vent – or proffer a cheerful distraction. Whether to invite friends over or give him space. In those moments Enus was too wired to sleep, yet too exhausted to read, he simply sat with him. “I think we would have married decades ago if that option had been available to us,” Enus says. “Now that it’s legal, it’s something I’d like to do.”

In February, doctors told him he had no discernible cancer in his body: “the definition of happiness”, as he described it at the time. His mother – who is not especially religious or demonstrative – cried “God is great!” over the phone. “And my oncologist,” Enus added.

Reserved by nature, he has done few media interviews since migrating from South Africa in 1999. His frustration at the ignorance surrounding bowel cancer, however, prompted him to speak out. “I wouldn’t have picked it as the second-biggest cancer killer in Australia,” he says. “I think most people would be surprised by that.”

Privately, researchers attribute this to an “ick factor”; the squeamishness people feel about collecting their own stool samples or detailing their bowel movements to a doctor. Major companies have not fallen over themselves to raise funds or awareness for the disease, and high-profile survivors are curiously hard to find. “There’s no McGrath [breast cancer] Foundation for bowel cancer,” Enus says.

He suspects middle-aged people – beset by a growing list of aches, pains and other health issues – are reluctant to go looking for fresh problems. Indeed, only four in 10 eligible Australians participate in the free screening program.

“Trust me,” he insists. “It’s much better to know than not know. This information could literally save your life.”

The journalist travelled courtesy of SBS.

Blast that injured mum, 31, and her two kids, 2 and 5, caused by BBQ gas canisters exploding in summer sun