But it wasn't fashionista Victoria's outfit that made headlines but rather her serious demeanour and poutiness. 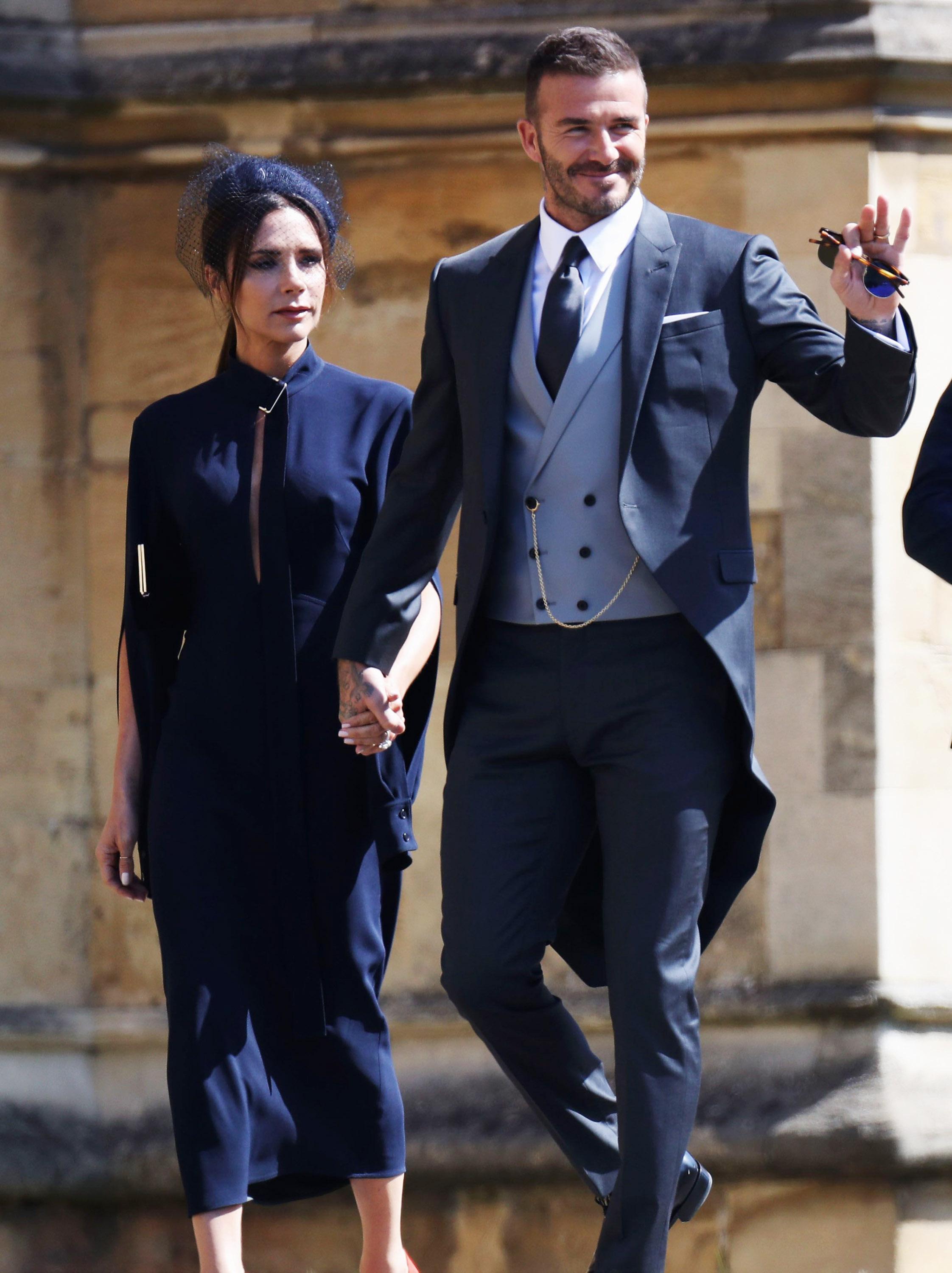 And now the pop star has hit back at the suggestion her expression was due to nerves.

She told the Evening Standard: "I wasn't nervous, no. I was just really honoured to have been invited. I would have been nervous if it had been my day."

Despite her seemingly miserable appearance, the fashion designer insisted that she was thrilled to be there.

She added: "It was such a beautiful, incredible wedding. It was just the best day. They looked so happy, and everybody was just so happy for them. " 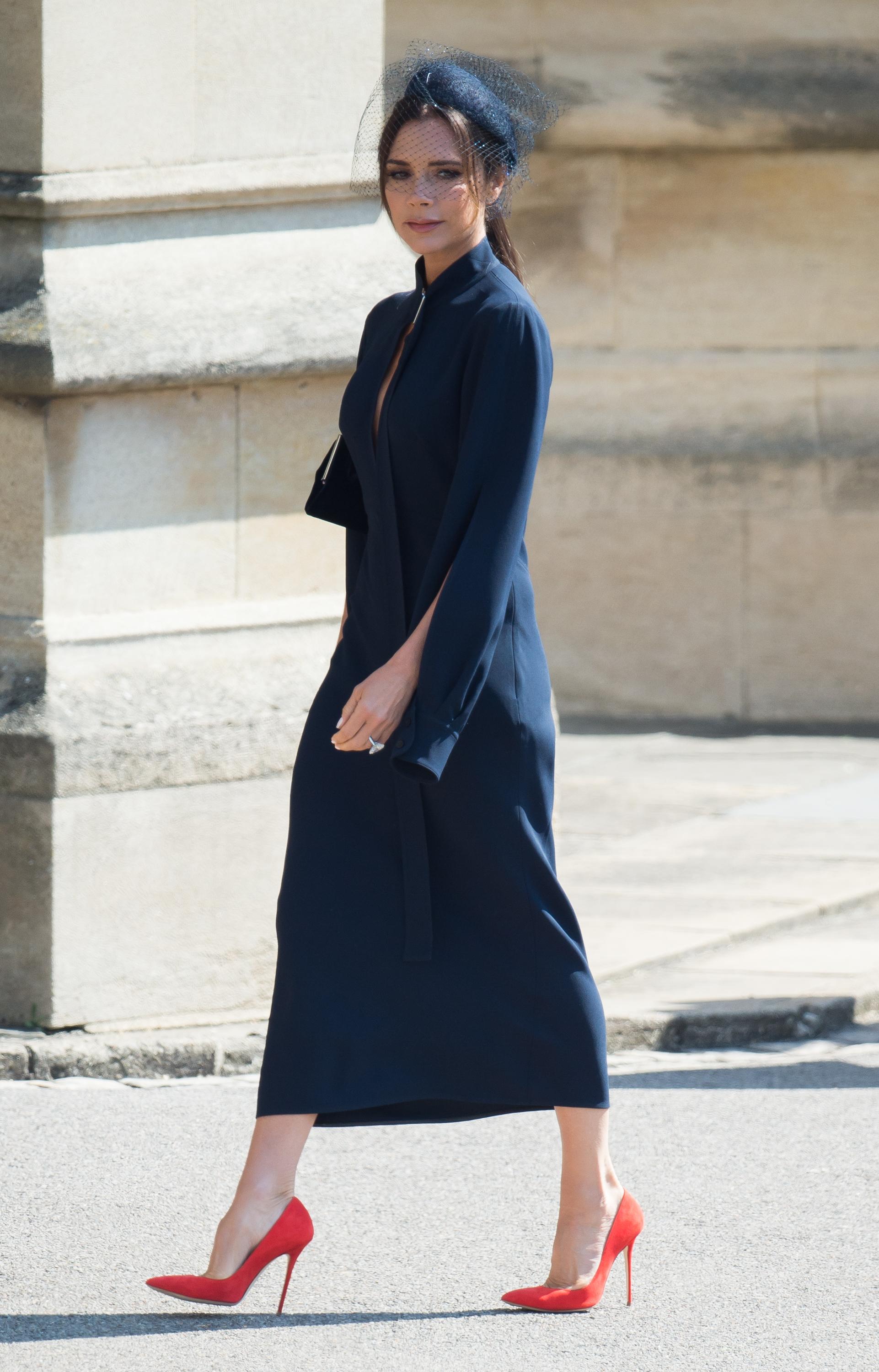 She even went on to praise Harry's new bride, saying: "Meghan seems like a genuinely lovely woman, who really loves him."

The star later took to her Instagram to congratulate the happy couple writing: "Congratulations, an amazing day. So proud to be British! Thank you so much for including @davidbeckham and I. We are so honoured and so happy for you both."

And it's not the first time the Beckhams have attended a Royal wedding.

Back in 2011 the power couple went to the nuptials of Prince William and Kate Middleton.

A heavily pregnant Victoria wore a navy dress that drew comparisons to her outfit choice for Harry and Meghan's wedding.

The star, who wore her own design, shut down critics who accused her of being unoriginal by saying: "I love a bit of navy." 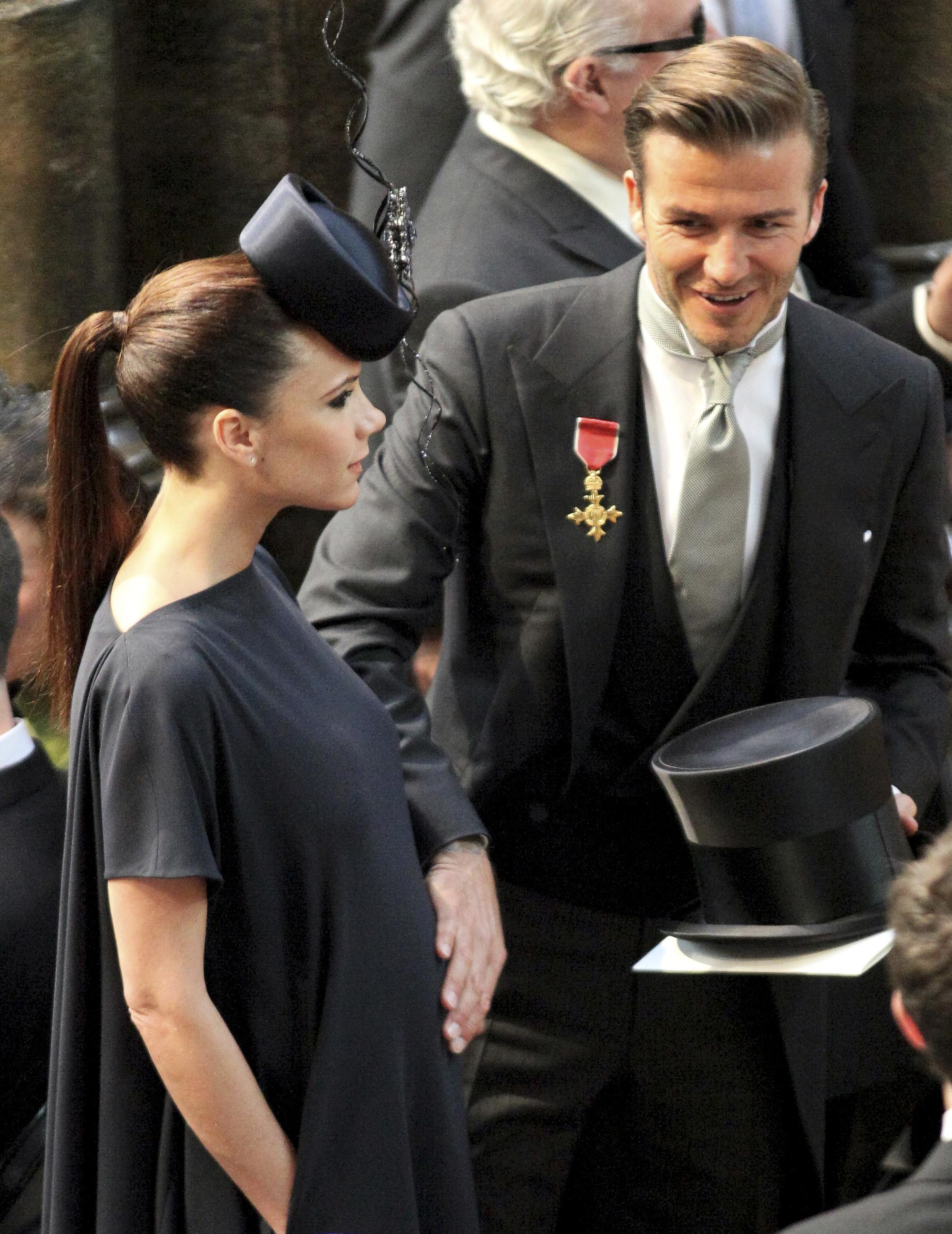 She added: "The dress is one of my favourites: it isn't in store until November, but we've had so many inquiries about it that I'm seeing whether I can bring it forward."

Fashionista Victoria was also quick to compliment the bride's choice of dress, saying that Meghan looked "absolutely beautiful" in the £200,000 dress designed by Claire Waight Keller.

Mrs Beckham missed out on the coveted gig to the Givenchy creative director.

Speculation had mounted that she was in the running to design the dress after Meghan wore one of her label's jumpers in the official engagement pictures.

Robert Greenblatt to Step Down as NBC Entertainment Chairman: Report

Coronavirus leaves ‘fit and well’ NHS doctor, 52, on life support amid fears wave of medics could be struck down – The Sun

Watch Prince Harry Bursting Into Song at a Hamilton Performance